Today’s edition will bring to a close the trip that Rose and I made to Havana, Cuba.

I probably could have run a further two editions but for the sake of everyone’s boredom levels (mine included) this will be  the final instalment in the ‘John & Rose go to Cuba’ series. If you’ve missed the previous instalments (how dare you) you can find them at:

Rose and I did quite a lot of walking in Havana so for our final day we decided that we would take it easy and we’d try some of the transport options.

When we left the hotel grounds we considered our options. 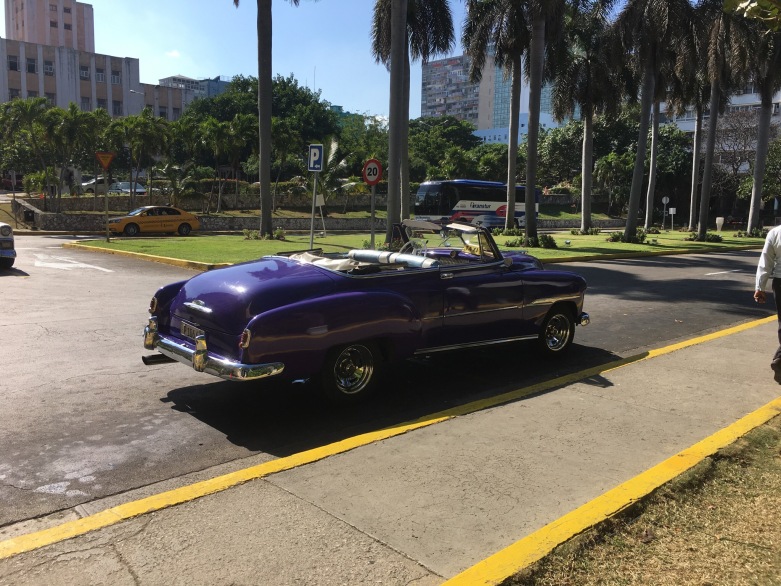 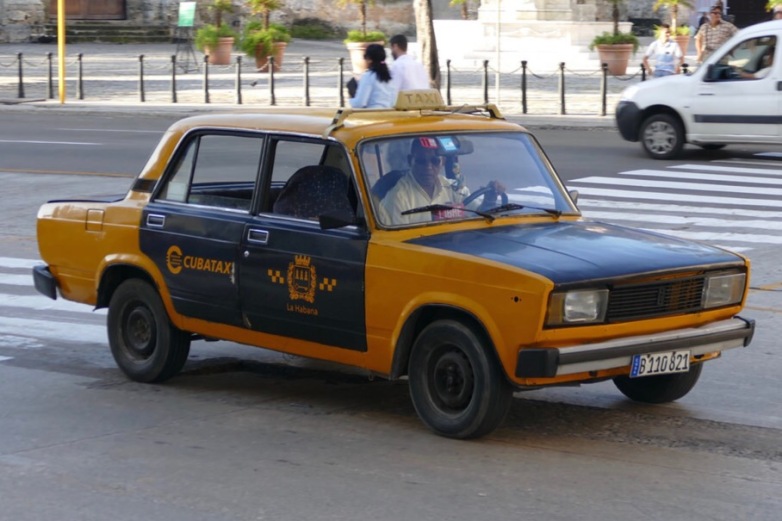 or a plain, old taxi (cab for you non UK readers) 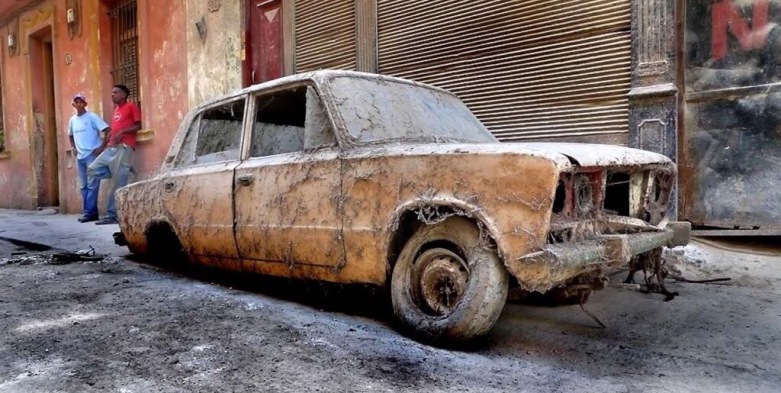 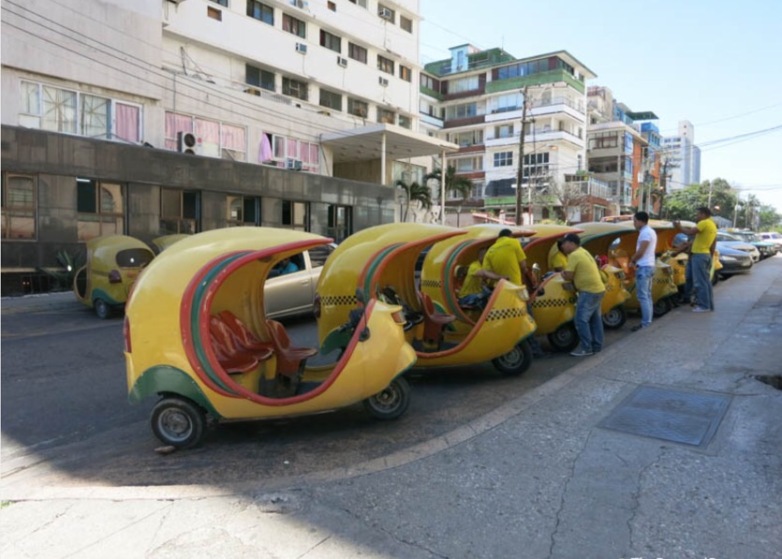 a tuk-tuk (or auto rickshaw) ? 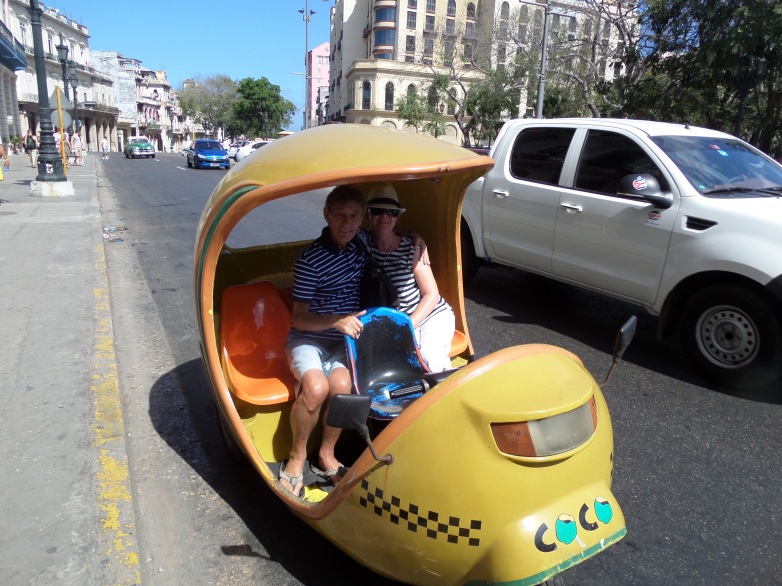 The ride to old Havana 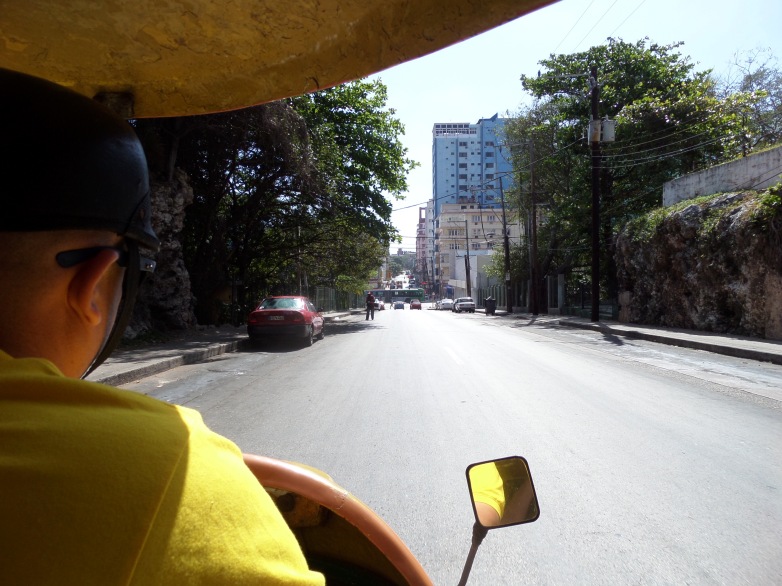 We got out of the tuk-tuk and got down to the really serious business of choosing a convertible for the open-top tour of Havana we were going to take. And there were plenty to choose from. 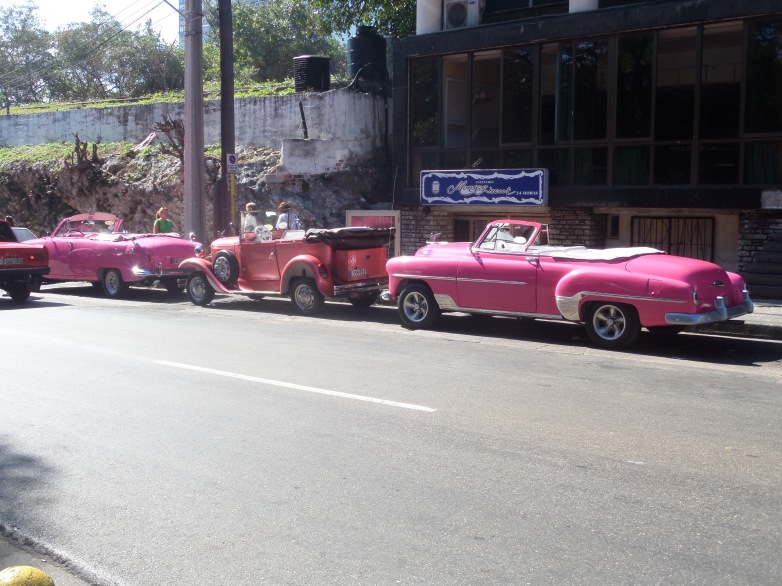 But then we saw the ONE for us. 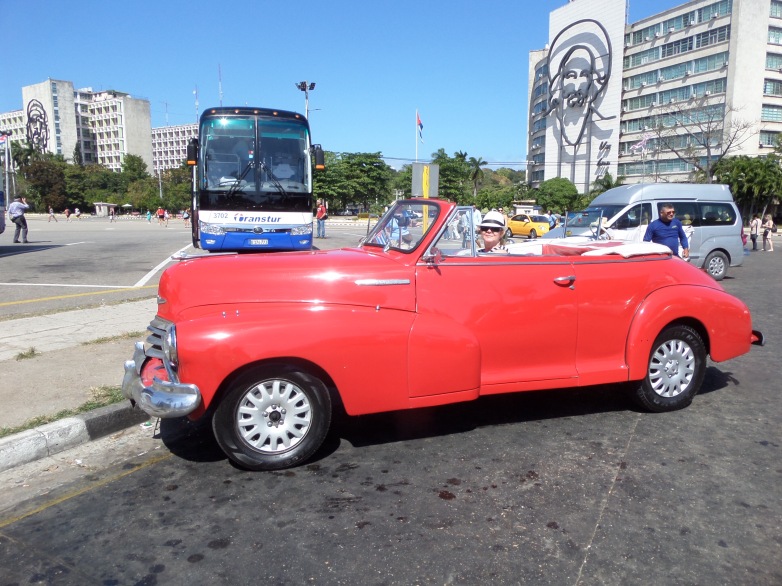 And Rose couldn’t wait to try it out for size. And it fitted just right.

So I negotiated with the driver’s agent (they all appeared to have one) and managed to get him to reduce the price from the 80 CUC he was insisting upon for a 2 hour tour to 60 CUC. We had a deal. Jorge would be our driver and tour guide. 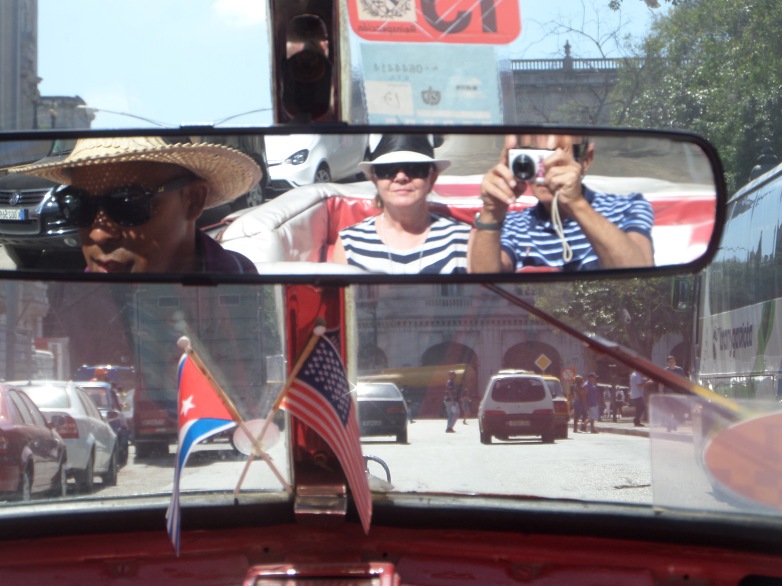 Now that’s what you call a selfie. And note the Cuban and American flags next to each other. Plus, you also get a look at Jorge.

The vehicle we chose is a 1947 Chevrolet convertible Fleetmaster and its still running with the same engine. 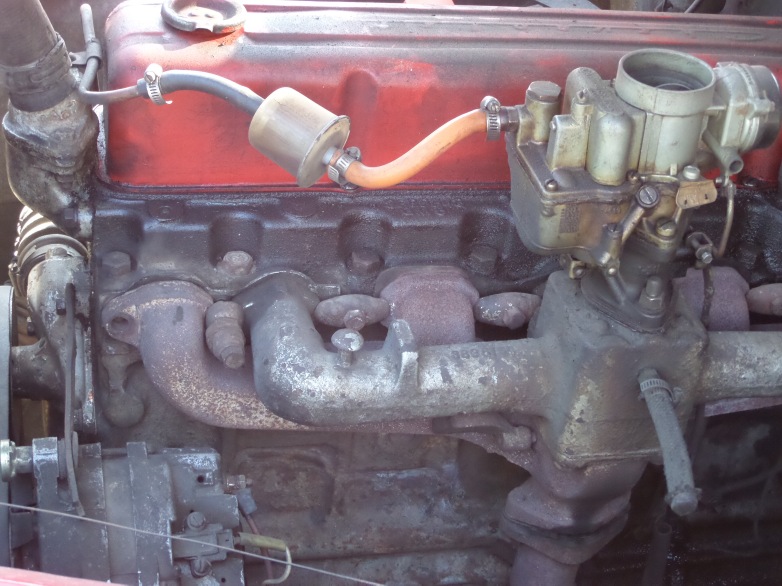 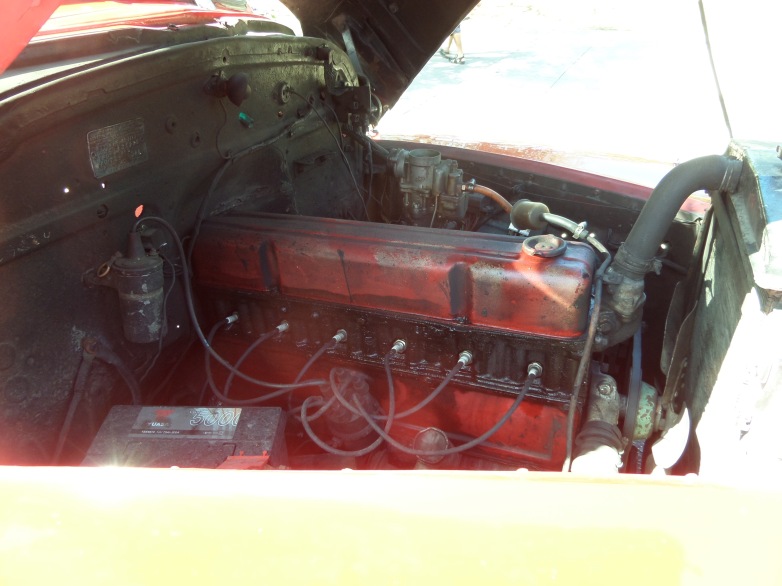 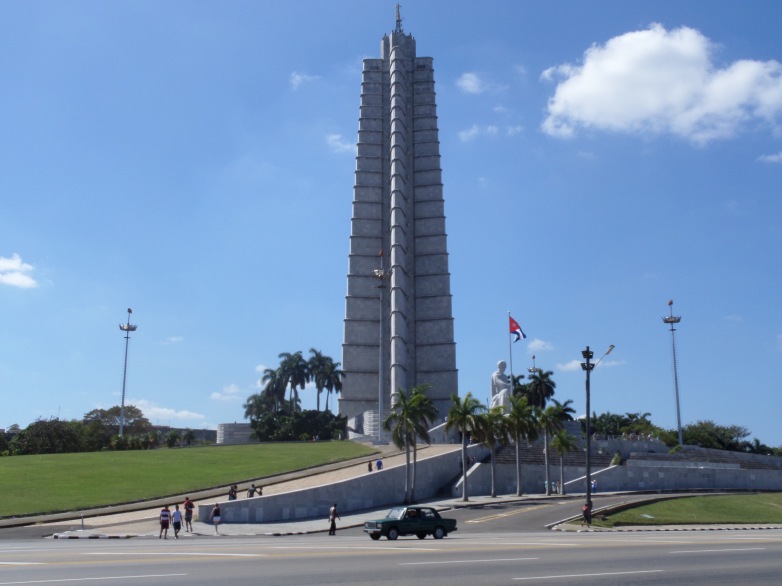 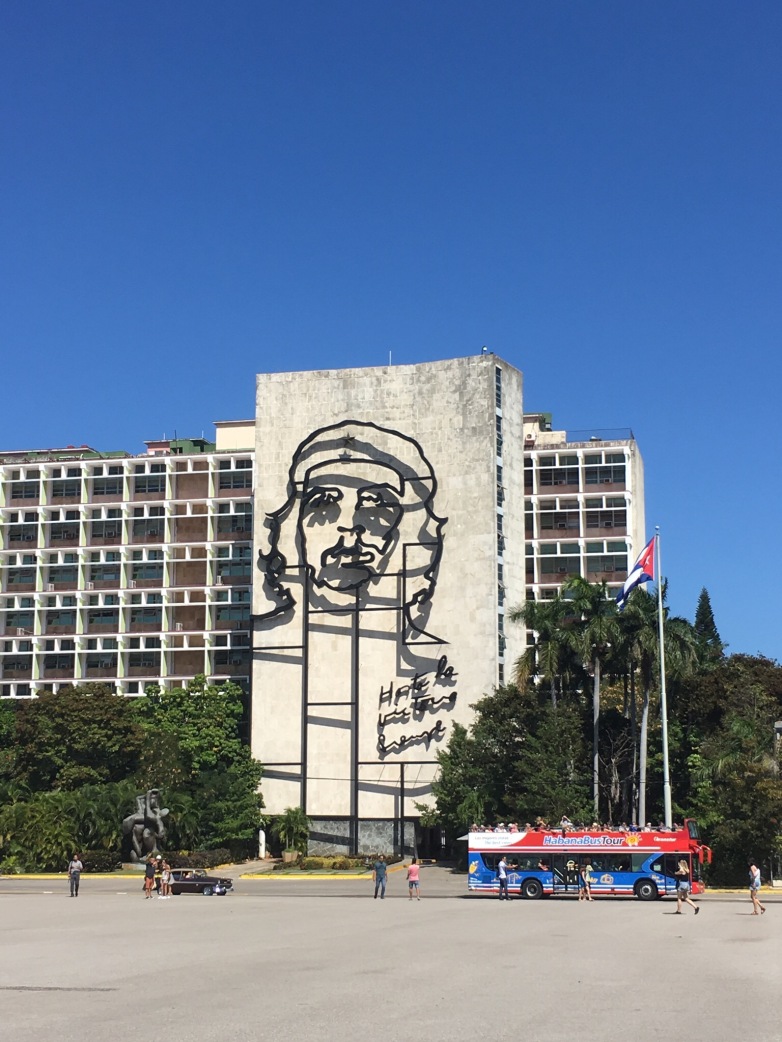 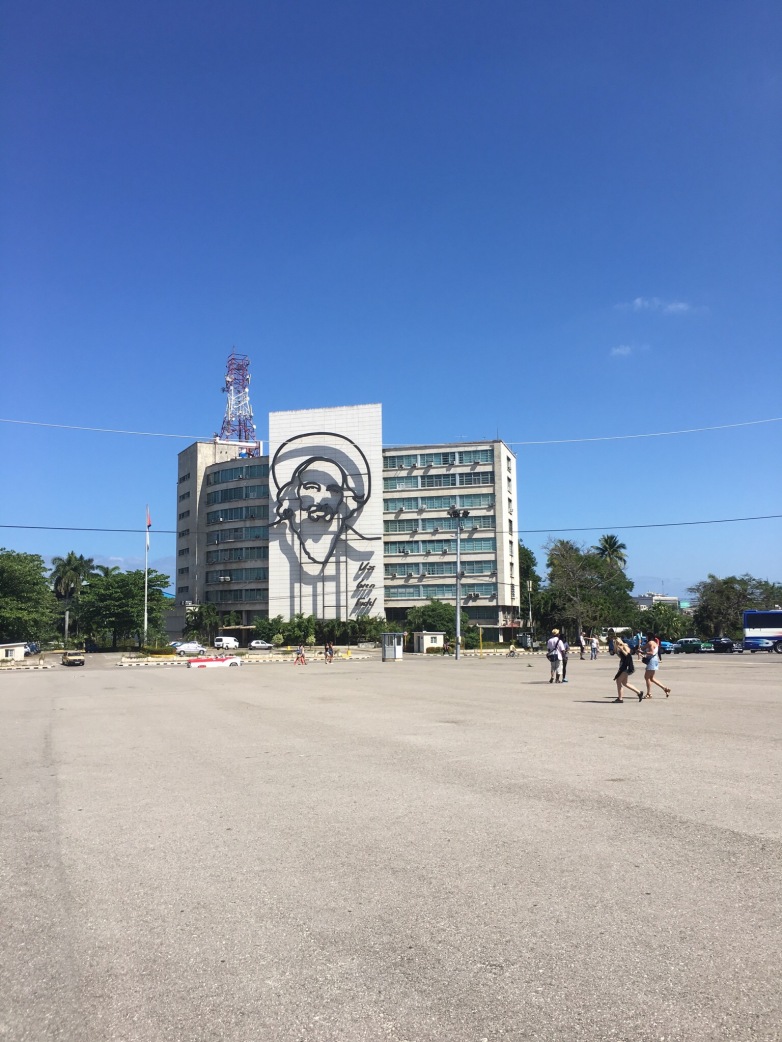 I passed on watching Cuban women rolling cigars on their thighs 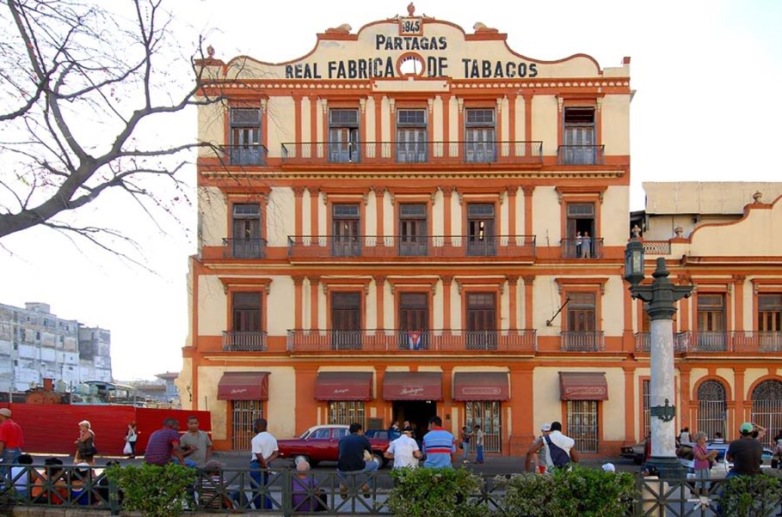 at the tobacco factory and instead we went to Chinatown. 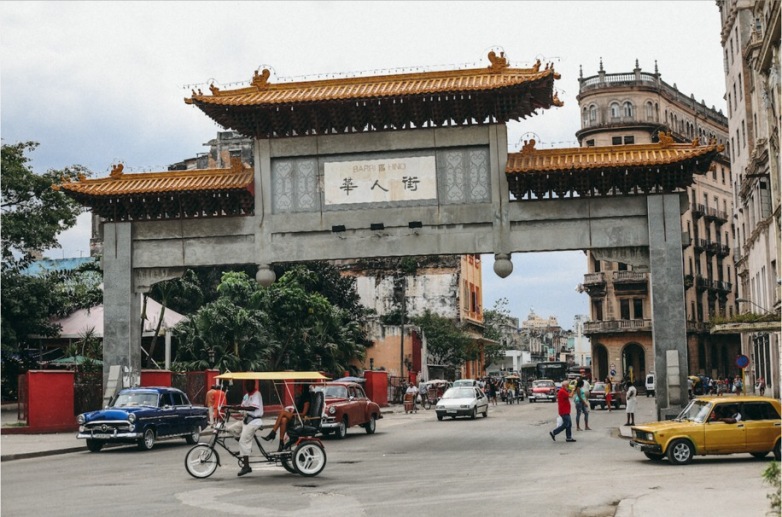 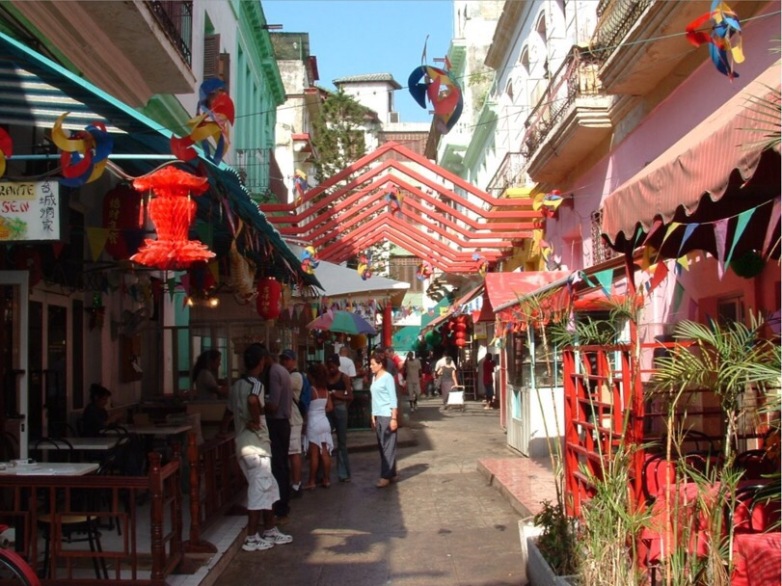 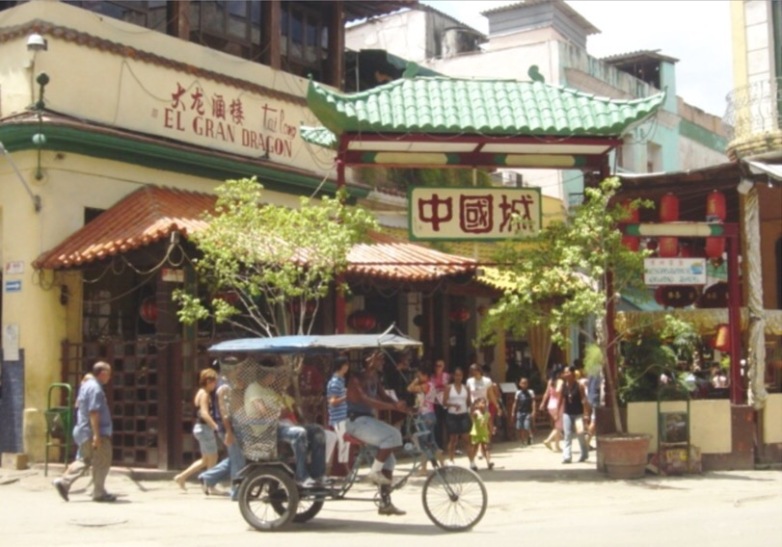 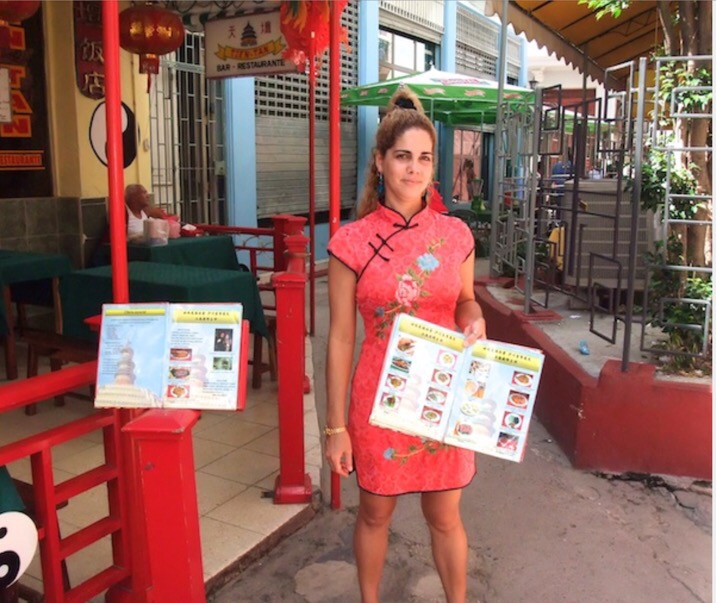 Jorge was great. He parked the car and waited while we walked around.

Next stop was John Lennon Park. 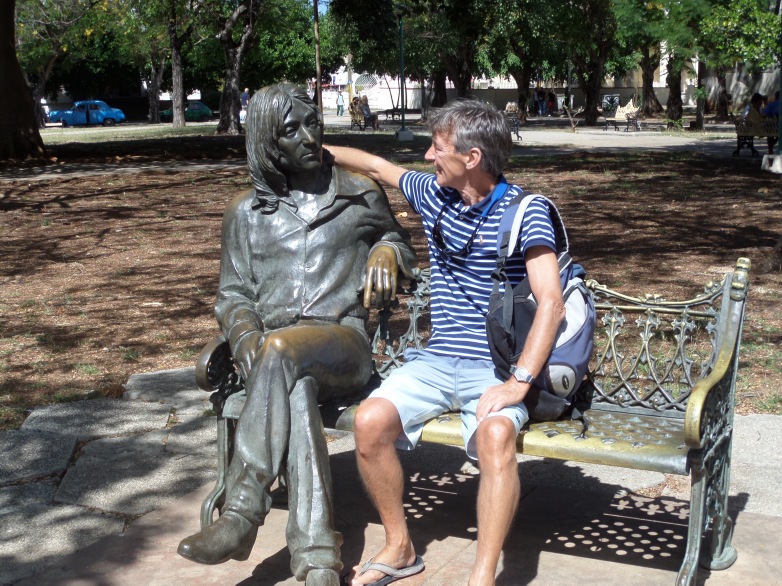 I’m the one on the right. 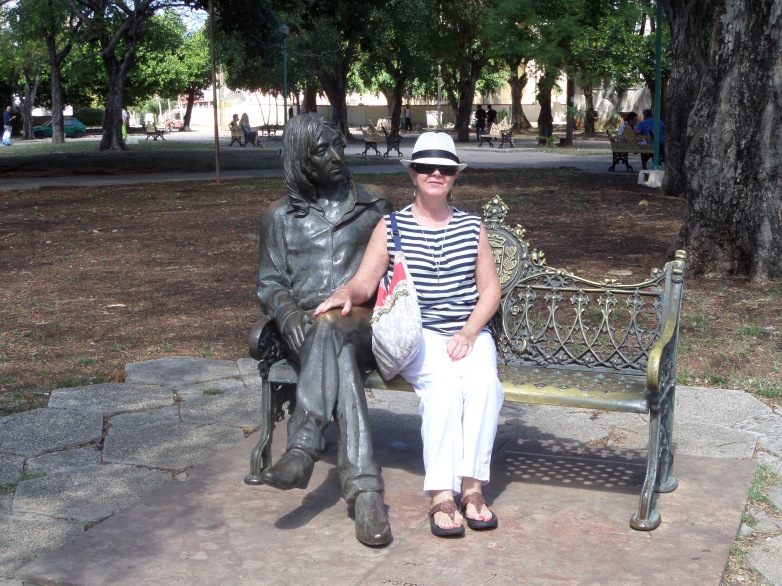 Castro banned the music of The Beatles and John Lennon during the 60s and 70s but did an about-turn in 2000 because he believed that Lennon had been harassed by the US government and that , like himself, was a dreamer.

Regrettably Lennon wasn’t wearing his spectacles. Apparently they have been the subject of theft and/or vandalism and we couldn’t find the security guard that ‘releases’ them for photo moments.

And just around the corner from the statue 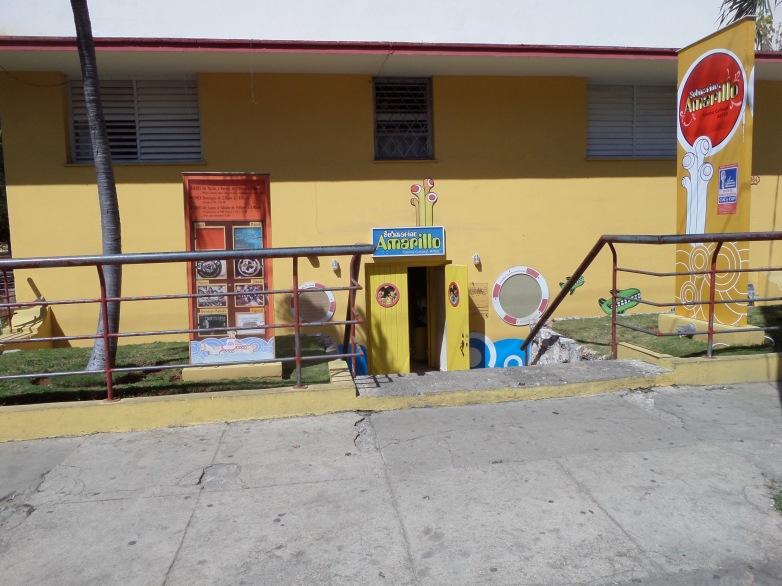 The 2 hours passed so quickly but I so enjoyed ridin in my Chevy.

With the tour finished it was time for refreshments. 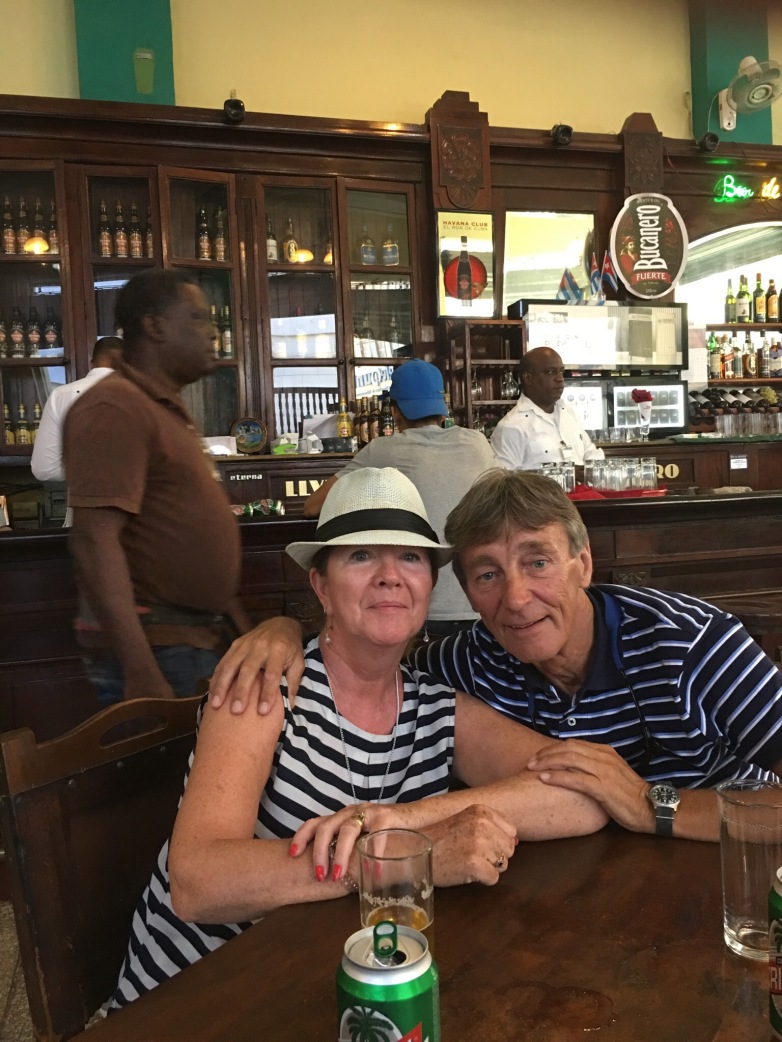 The following day it was time to start the journey home to Belize but for this I had chosen a slightly different route. We would stop off first at Chetumal for a 2 night stay.

We were scheduled to depart from Havana on the 12.00 hours Interjet flight to Cancun with a scheduled arrival of 13.10 hours. Ample time before our next flight at 15.45 hours. But … best laid plans and all that!

The Interjet incoming flight was delayed and we didn’t take off until 14.00 hours and arrived in Cancun at 15.05 hours. Fortunately we cleared Immigration and Customs fairly swiftly and raced outside to get transport to take us to the FBO terminal. We found a shuttle bus service at bought tickets at US$ 20 each (pricey for a 5 minute journey but needs must and all that).

On arrival at the FBO we very quickly found the MayAir‘s desk and checked in for the Cancun to Chetumal service that was launched in January and not long after we were on our way. 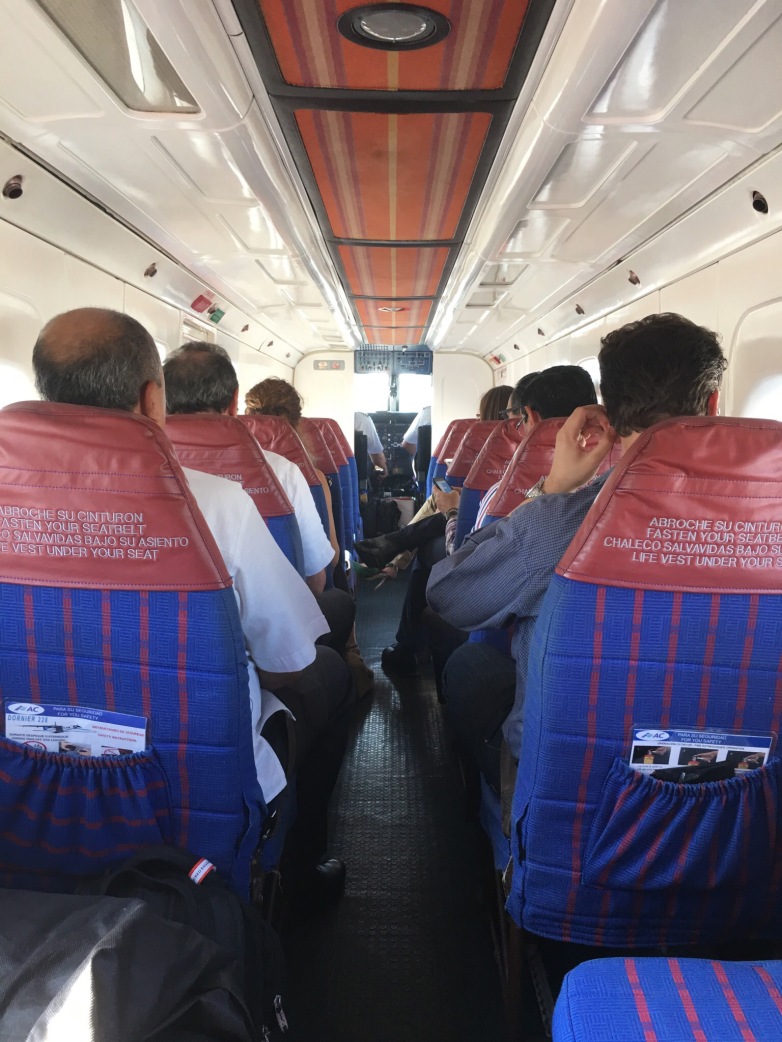 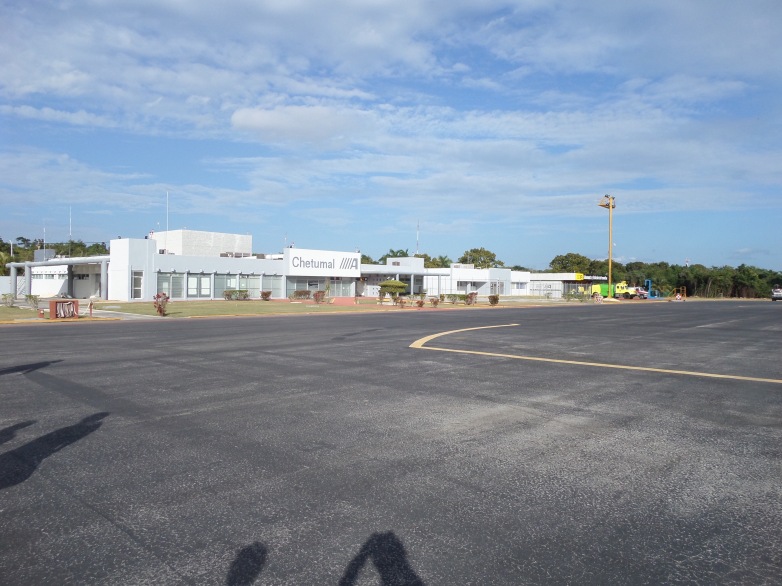 Upon landing we waited no longer than 5 minutes for our suitcases and seeing that there was a dearth of taxis I booked one at the desk in the airport. Warning though – Mexican Pesos 200 (around US$ 10). 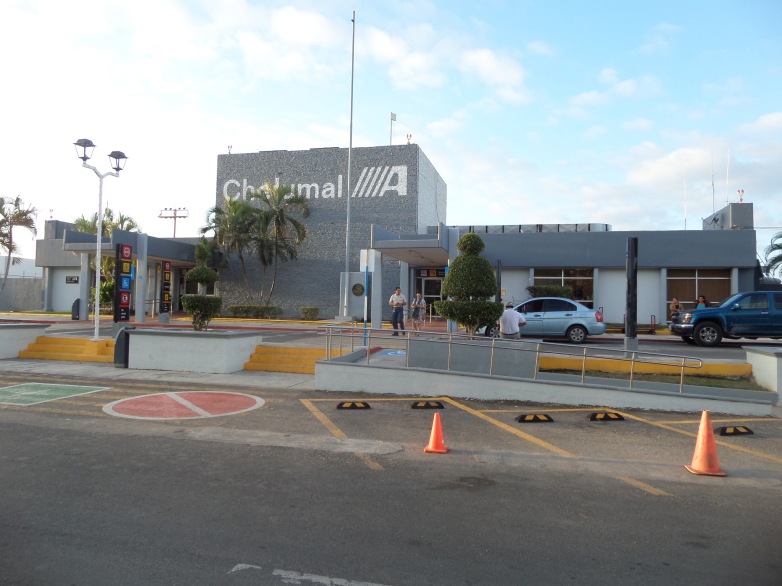 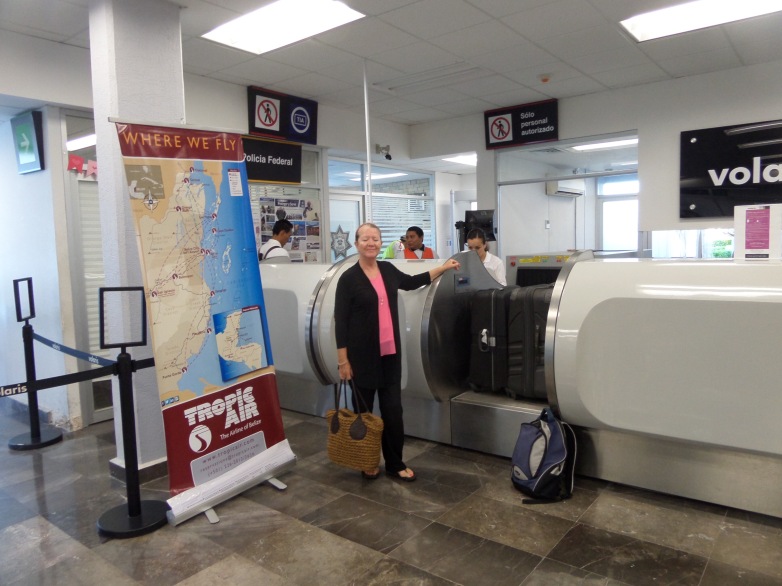 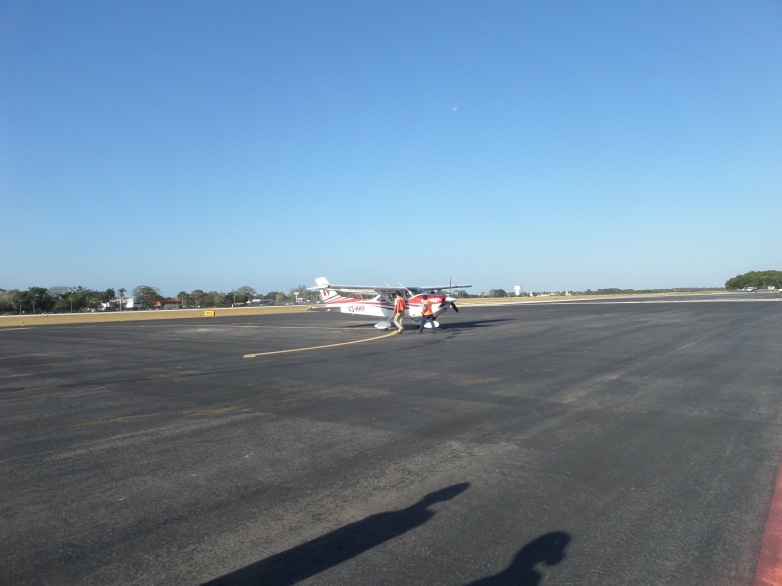 on a 4 seater Cessna T182T Skylane with 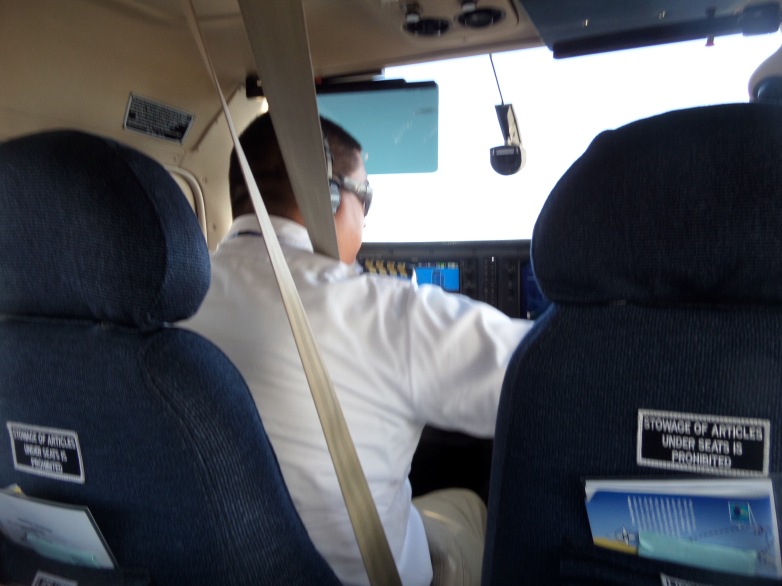 A minute wait and a 15 minute flight later we were home.

Cuba. A wonderful place to visit.

The headline for today’s edition is based on track 17 of Snoop Dogg’s album entitled Ego Trippin’ which reached number 3 on the US Billboard 200 Chart and number 23 on the UK Albums chart.