Since very stupidly shattering my left wrist nearly 5 months ago Rose has had to take on a whole raft of additional chores. OK, “raft” may be stretching it but I do normally try to pull my weight. My incapacitation initially meant that even the simplest of tasks was beyond me. Some (the insensitive people, that is) might say that they have always been beyond me!

With a fair amount of movement and use returning to my left arm it was time to give Rose a break too (I had mine …) . It was time to get away,  so I got busy on the iPad and booked us 2 tickets with Avianca to Managua, Nicaragua.

We had visited Nicaragua previously around 12 years ago but spent most of our time on Little Corn Island. So this was going to be a visit where we would get to see and experience the real Nicaragua.

With the travel arrangements in place I then booked hotels for 4 nights in Léon and 6 in Granada. And then I turned my attention to making arrangements for Ziggy’s vacation, 10 nights at Hotel de Pampered Paws. He’s stayed there before and gives it a 5 dog biscuit rating !

I got up early (don’t really know why I wrote that, I get up early every morning) on the day of departure and enjoyed some ‘me’ time out on the veranda, the western, lagoon facing one, with a mug of coffee. Instant, black and without sugar if you must know.

Around 10.00 hours I drove Ziggy to ‘Town and booked him in to his “hotel” and then returned home for a couple of hours before we loaded the golf cart with our suitcases, drove to ‘Town and caught the 13.00 hours Tropic Air flight to the Philip S. W. Goldson International Airport where we connected with the 17.15 hours Avianca flight to San Salvador where we had a nearly 3 hour wait before the flight to Managua. Landing shortly after 22.00 hours we cleared Customs and Immigration fairly swiftly, went outside the airport and found the taxi I had booked ready to take us to our hotel in Léon. Two hours later  we arrived at Hotel El Convento and after signing in went to 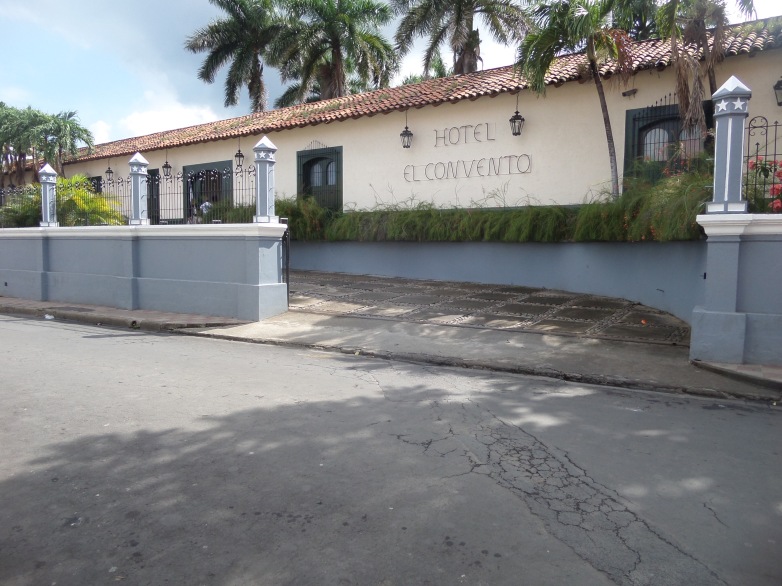 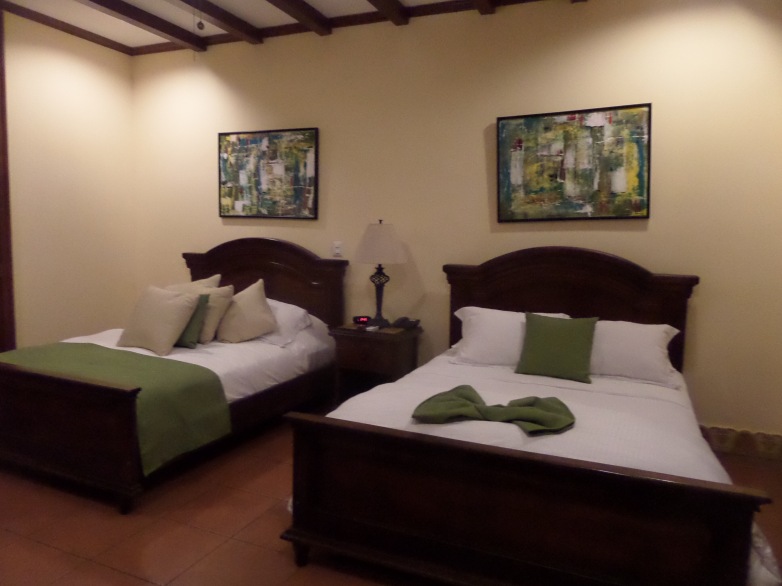 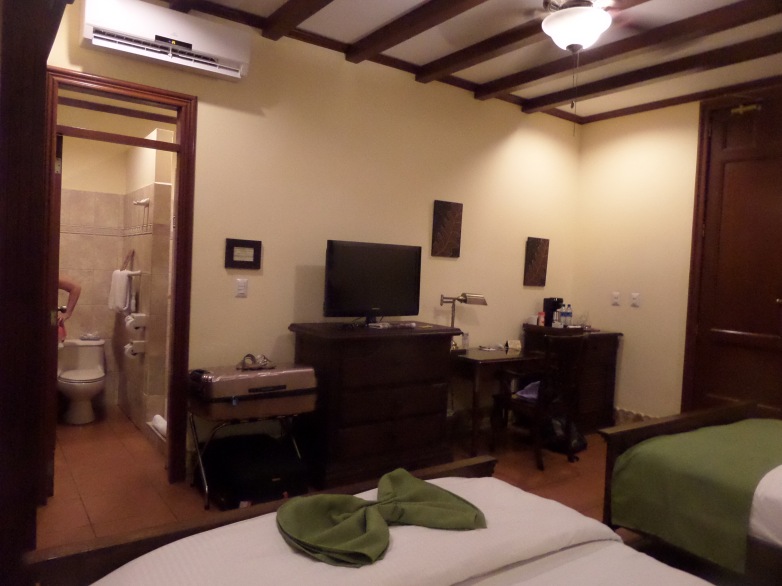 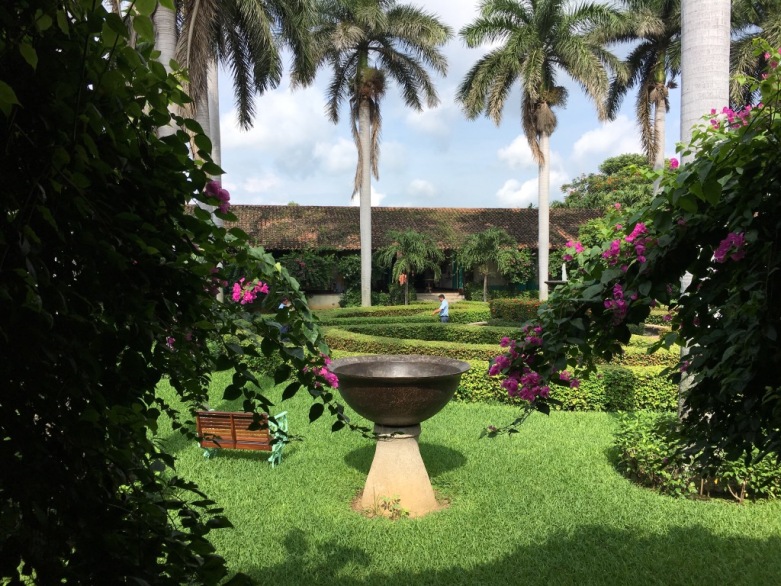 that overlooked a beautiful garden which made for a very tranquil spot.

We took a quick walk around the hotel before taking the short walk to the center. 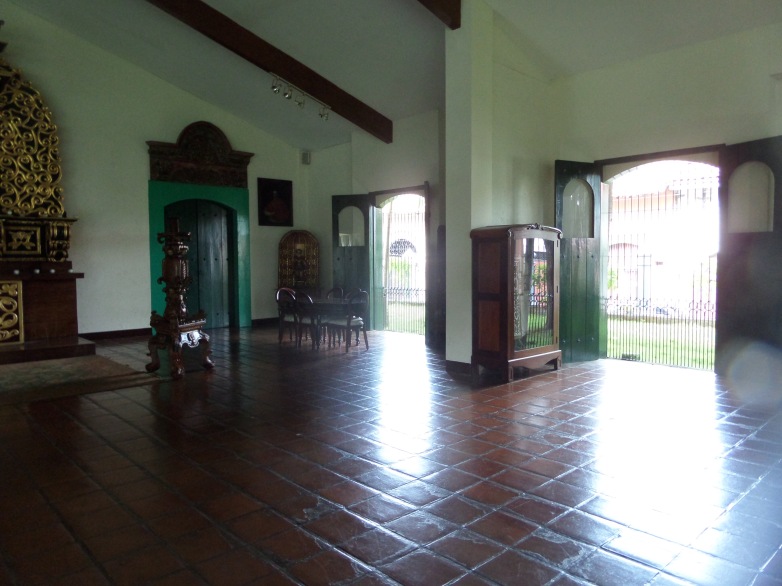 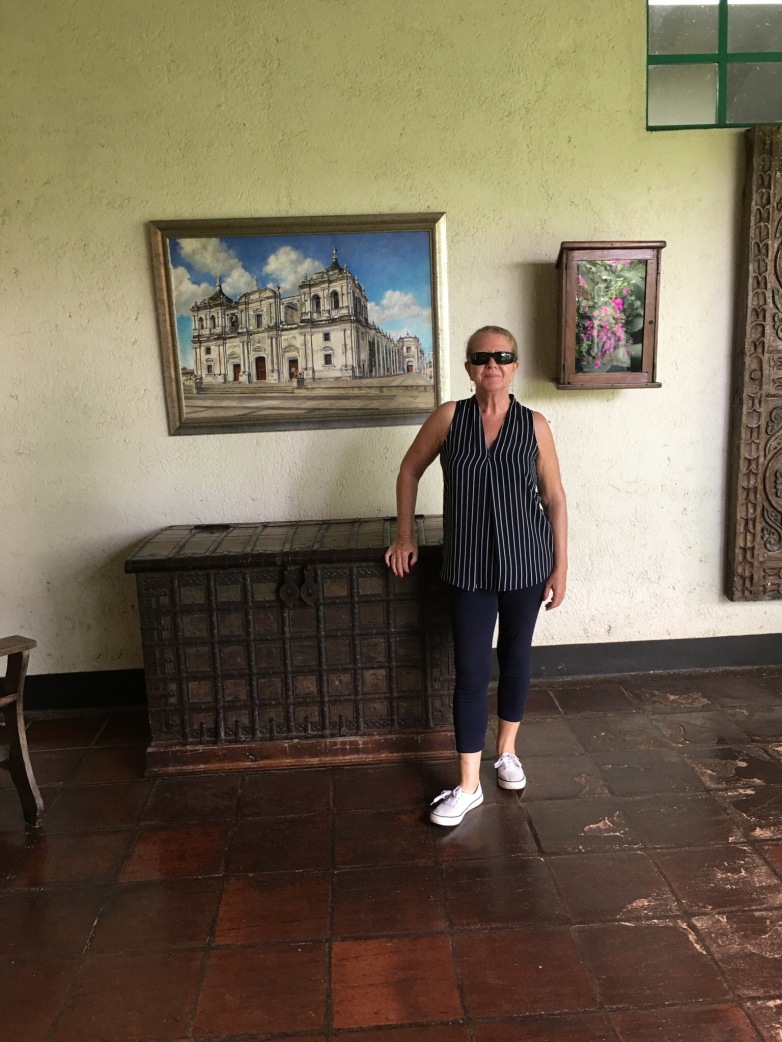 Fed and rested we took the shortish walk to the Cathedral of Léon ( otherwise known as Our Lady of Grace ). 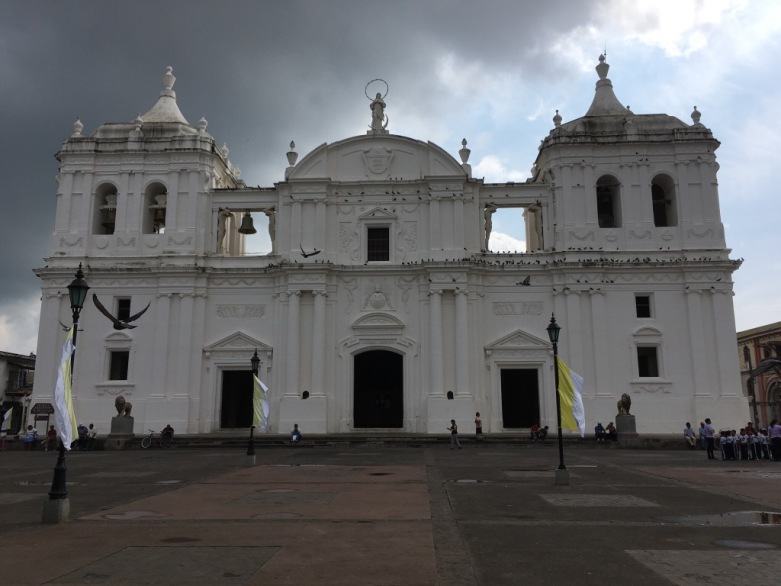 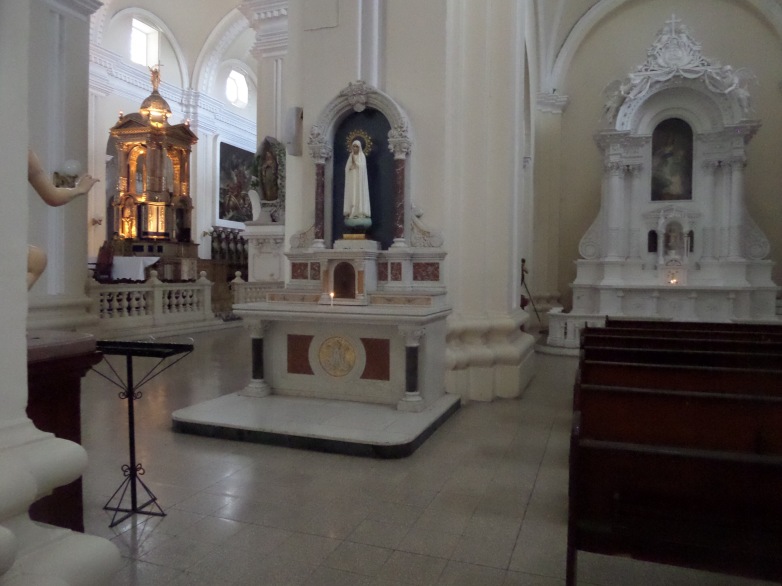 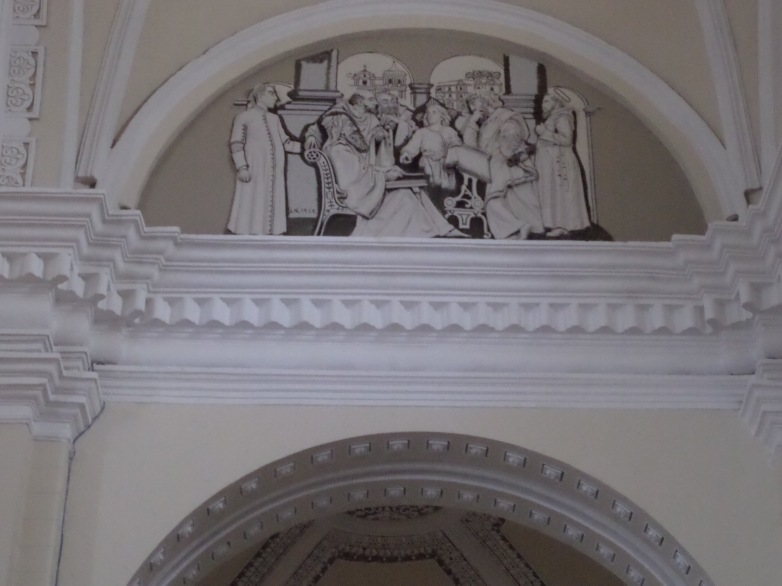 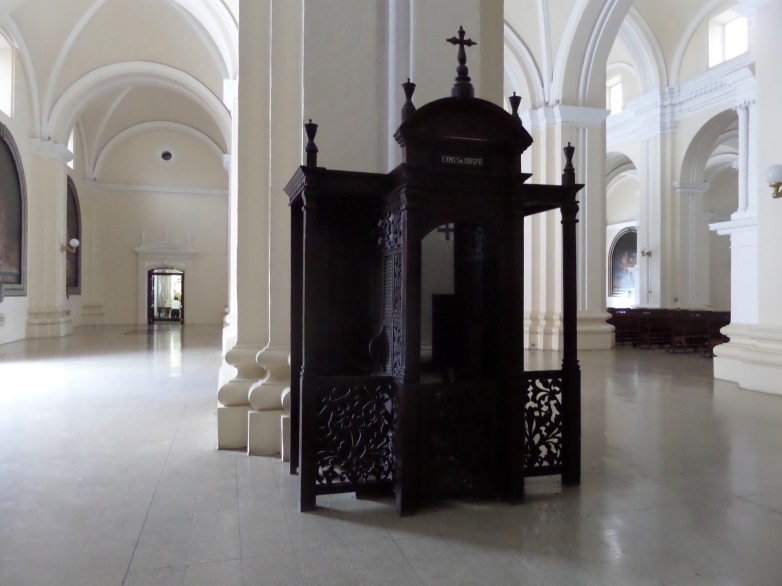 We had more to see but as we left the cathedral we saw :

Looks different though, doesn’t it.

Replenished we set off for our next stop and within a 5/10 minute walk were at the Museum of the Revolution. 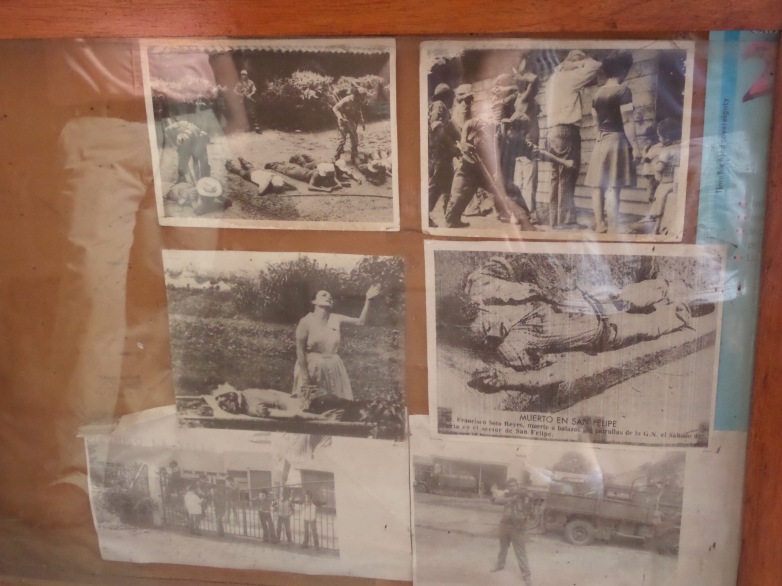 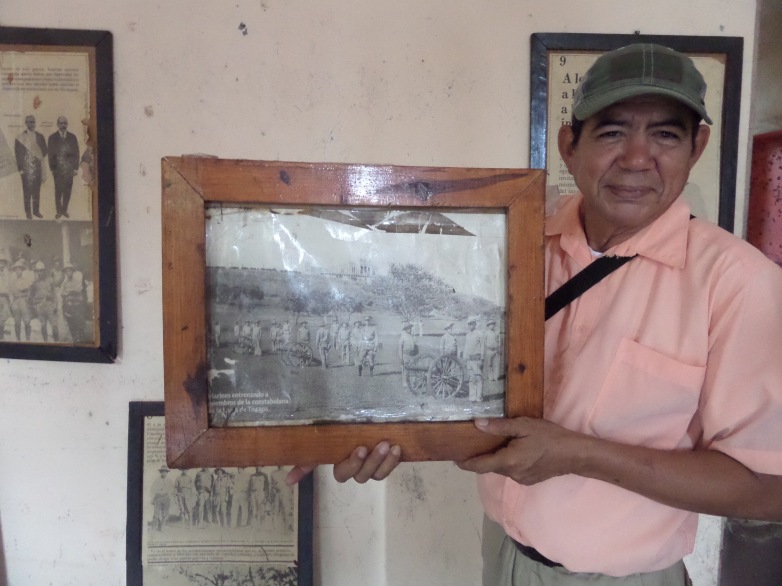 Roberto who fought as an 18 year old in the revolution .He’s in the photograph he’s holding.

We spent a thoroughly enjoyable 3 full days in Léon enjoying the sights, sounds, smells and tastes of the city.

Toña, the beer of Nicaragua. Not bad at US$ 1 a bottle in a bar or restaurant.

A visit to the Ruben Dario museum 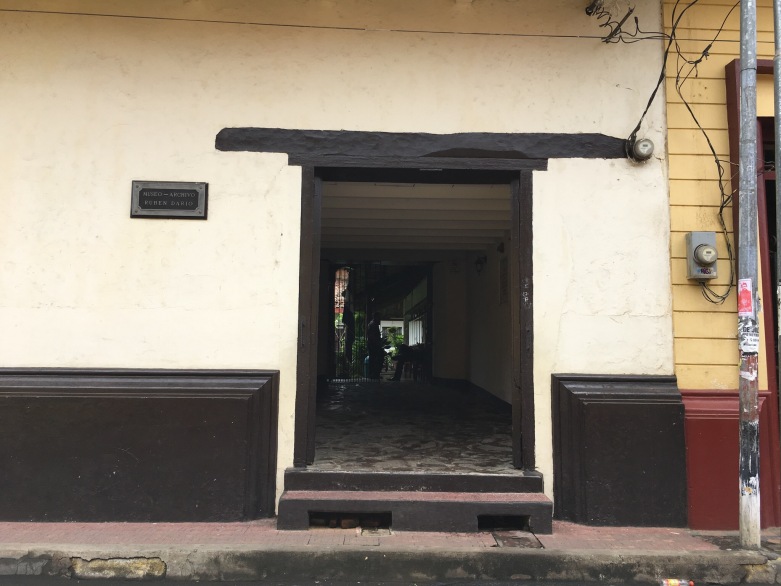 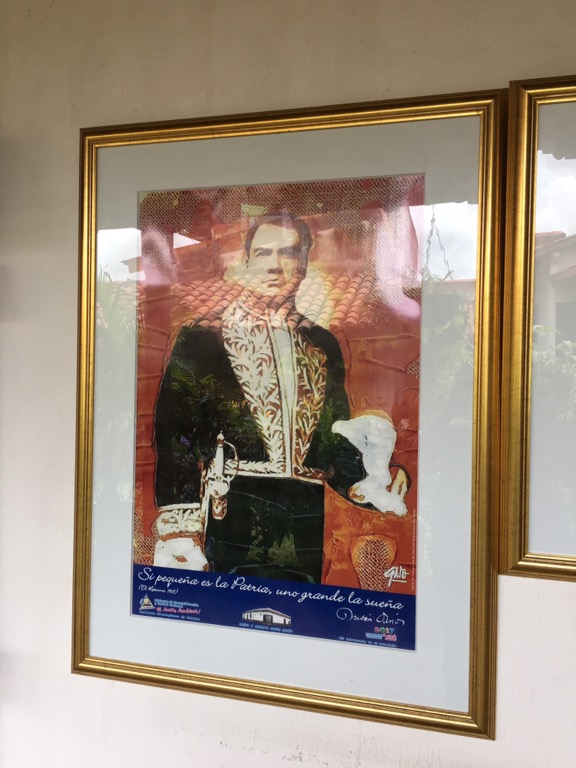 With all this walking around though there was always time (and justification ) for a ‘pit stop ‘ !

All too soon our time in Léon came to an end and it was time to take the 90 minute taxi to our next stop . The charming city of Granada.

Now I will be publishing something (sounds so grand, doesn’t it) about our  time in Granada .But don’t hold your breath. I don’t possess the self discipline I once did so …

The headline for today’s edition is based on the single released in 1966 by Georgie Fame and the Blue Flames which reached number 1 on the UK Singles Chart and number 70 on the US Billboard Hot 100.