I really wasn’t at all surprised when I got up shortly after 05.00 hours yesterday and got out onto the veranda with my coffee that there was no Internet connection. I put the loss down to repercussive effects of the fire the previous evening at Ramon’s Village Resort (a call later in the morning to the Internet provider confirmed my thoughts – cables had been damaged).

I tried repeatedly ((making full use of my technical skills (sic)) to regain a connection but to no avail. Nothing for it. So I gave up trying to publish the latest edition and just go for breakfast. So I did.

When I got back to the condo we are renting during our build in Ambergris Caye, Belize I found that we had visitors. Tony, who is the manager for the development we are renting in, and his son were replacing the defective water heater ((we have been showering in cold water (doesn’t bother me but now for Rose …)for two days whilst awaiting the arrival of the heater from Belize City)).

I really have no idea what was required but it took an absolute age (they took lunch in between starting and completion) and it wasn’t until 14.30 hours that we the got the ‘thumbs up’ from Tony that it was in and working. I did have something to do for some of the waiting time though because the Internet connection was re-established around 13.00 hours.

Waiting for the heater to be fitted disrupted our normal routine somewhat and as a consequence we didn’t get to our build in Ambergris Caye, Belize until around 16.00 hours and on pulling in to our lot the first thing we saw was that the railings for the western (lagoon) side of the First Floor had been sprayed with the final coat of blue.

“When are they going to be fitted?”.

Feeling very pleased we entered the Ground Floor self-contained apartment and our elation was very quickly deflated. There were big holes in the wall above the countertop! 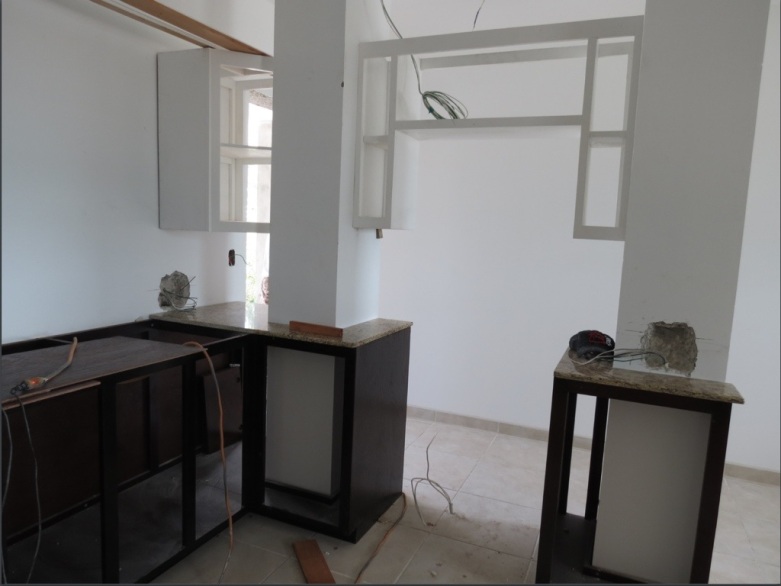 Rolando, when fitting the boxes for the power sockets hadn’t made sufficient allowance for the backsplash so they now have to be raised and he will have to do it again.

Needing a bit of a pick-me-up we decided to head up to the First Floor but found that easy access was not available. Manuel was laying the tiles for the first flight of stairs. 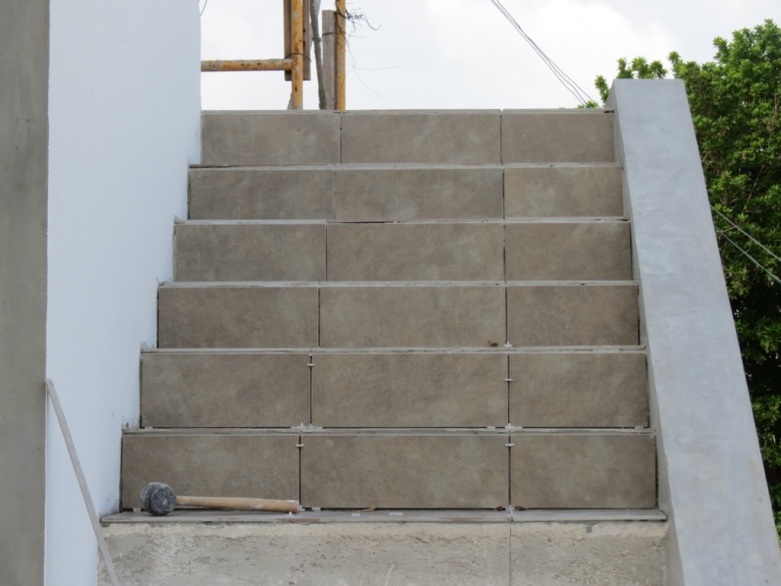 Seeing that we wanted to get up there and knowing that gaining access via the scaffolding tower on the outside of the house was ‘not’ for Rose he very quickly got some steps so that we could gain access to the landing from the Ground Floor. Argh, what a nice guy!

Once up there we saw that Rolando had made the same misjudgement in the Powder Room. 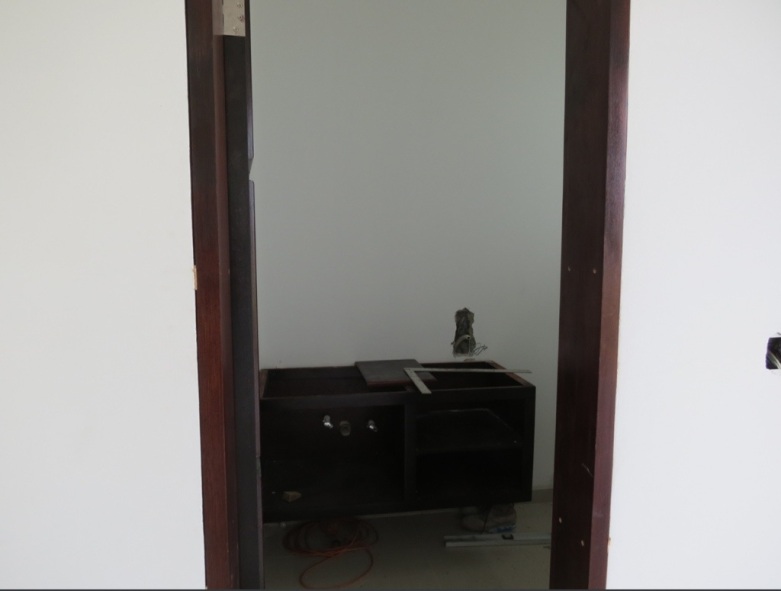 And in the kitchen too. 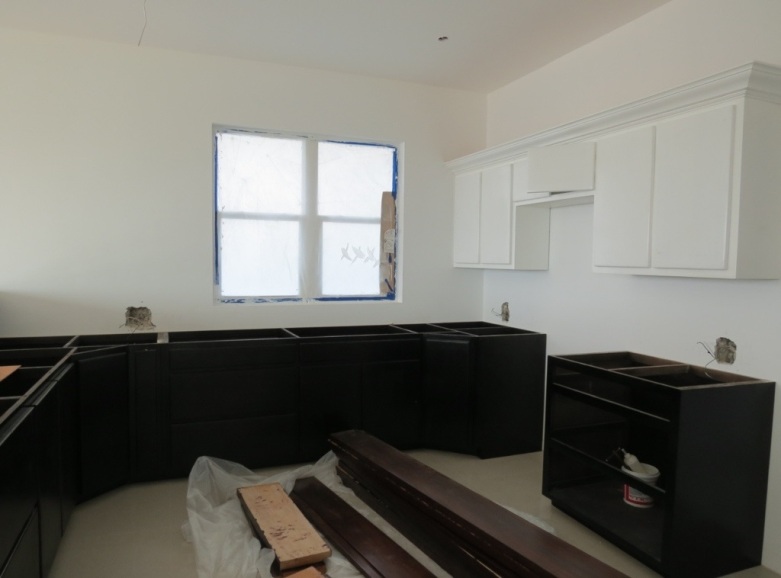 We did perk up though when we saw that the kitchen sink had been delivered. Now Edgar (the granite man) can start cutting the countertop. Hooray.

One of my workstations!

Aside from working on the misplaced power sockets Rolando had been busy fitting the sockets for the Second Floor. 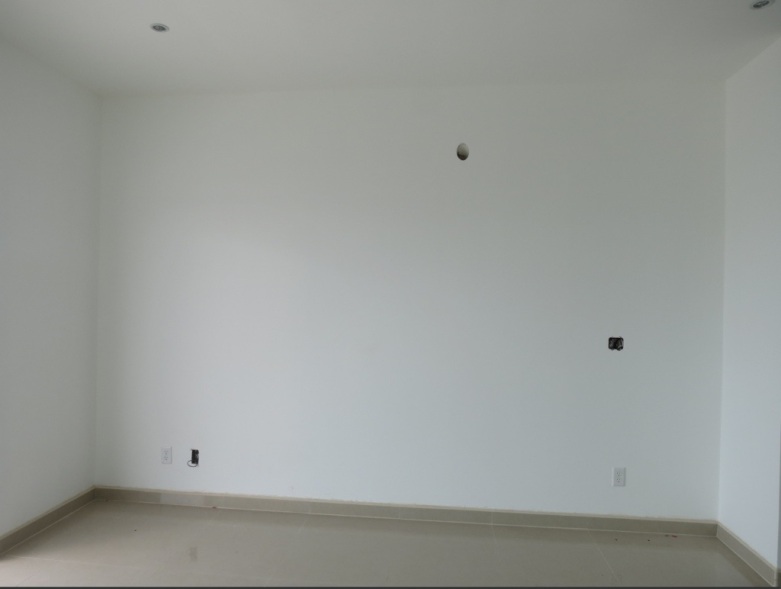 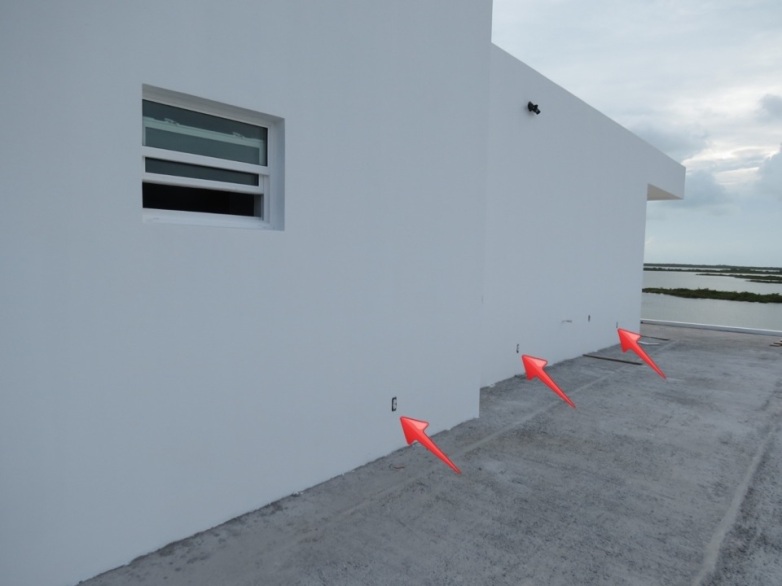 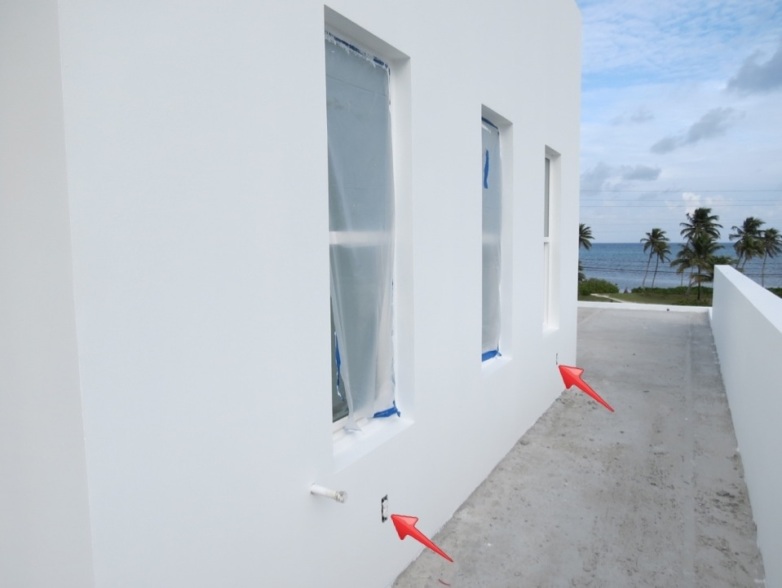 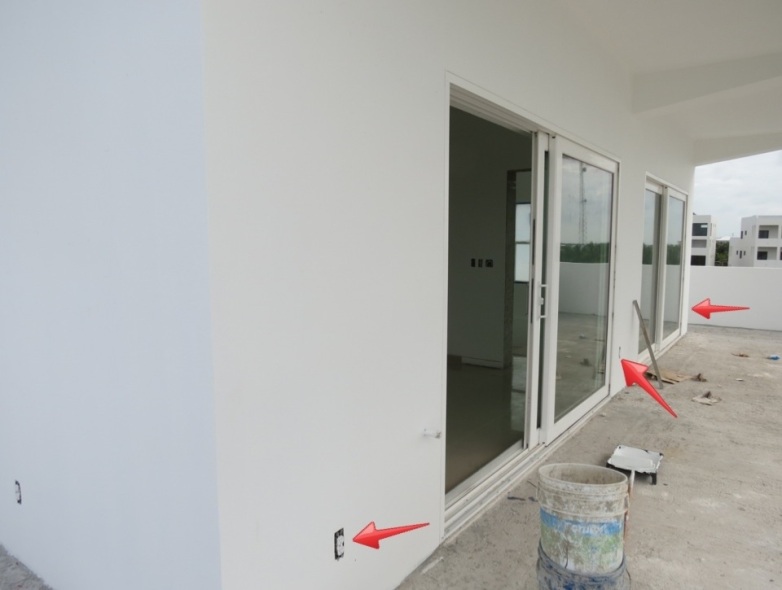 Inside the house Alfredo and Angel had been applying the final coat of emulsion to the ceilings in my walk-in closet/bathroom. 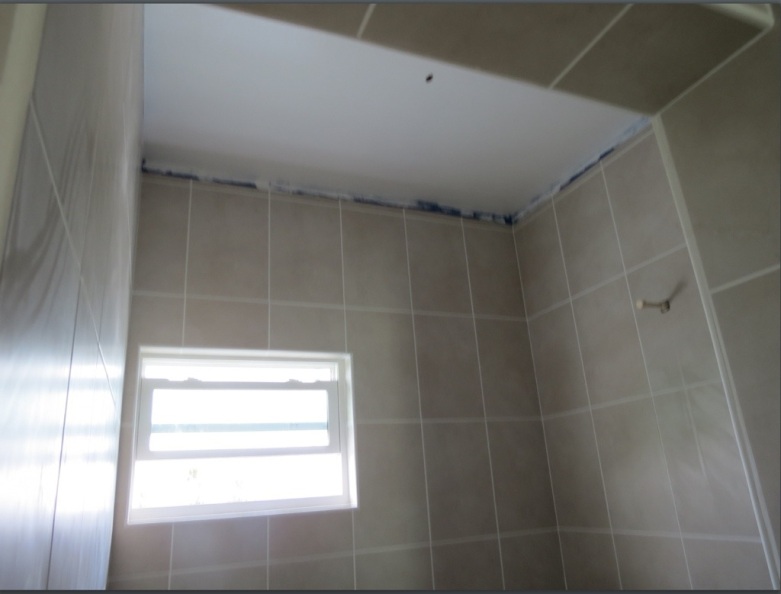 Above the shower area.

The headline for today’s edition (the second one) is based on the single released in1968 by The Beach Boys which reached number one in the UK Singles Chart and number twenty in the US Billboard Hot 100.