Anxious to see if any of our windows had been fitted and unable to control our curiosity Rose and I set off today to visit our build in Ambergris Caye, Belize a lot earlier than is our normal practice (that is aside from the major concrete pouring days which obviously have now finished) and got there around 10.30 am.

As we drove in to the lot we could see activity on the southern side of the Second Floor – windows were being installed! No time for us to take our usual bottom to top approach. It was up to the First Floor and then up the scaffolding to the Second Floor where we found Nicholas securing the middle of the three windows that will provide daylight for he stairway between the First and Second Floors. 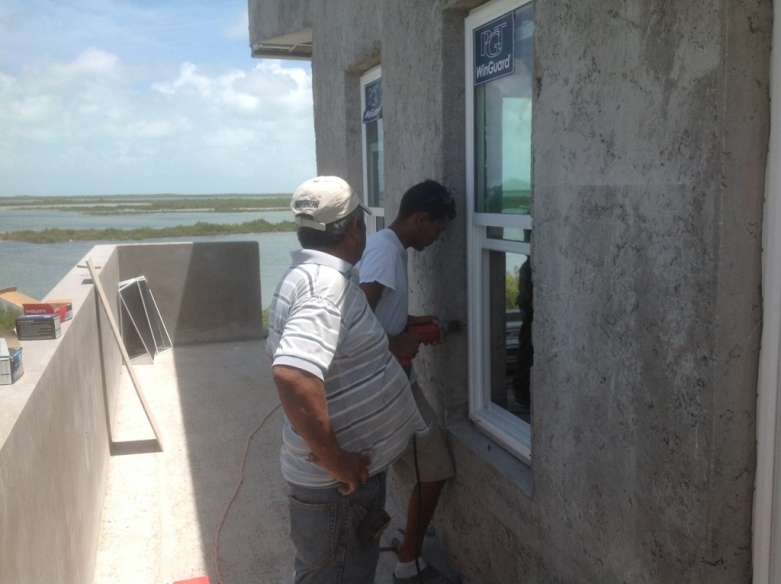 With the three windows installed Nicholas and Angel moved on to start fitting the window above where the toilet in my bathroom will be. Porfelio though was inspecting the work already carried out to ensure that it was correct.

First job for Nicholas and Angel after ‘presenting’ the window was to grind excess cement from the aperture. 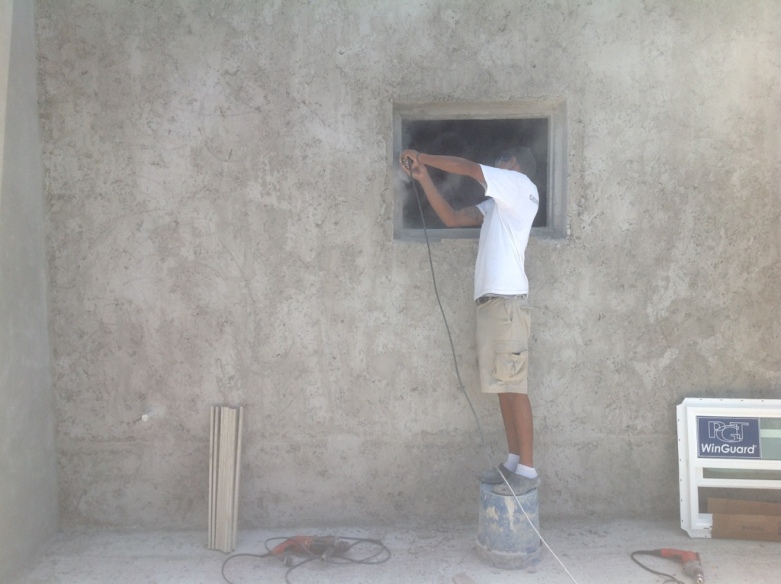 Who needs a ladder when an upturned bucket will do.

And then Nicholas used a hammer and chisel to remove the larger, unwanted, bits of cement.

And then ‘presented’ the window again to see how it fitted.

And then check it with a spirit level.

In the meantime Porfelio was unwrapping the next window frame. The one ‘overlooking’ my shower.

Really, really pleased to see the windows going in Rose and I decided to head home for lunch and on the way out bumped in to José who told us he had just finished fitting the insulation for our bedroom. He did so by cutting out sections of Sheetrock (plasterboard for my UK readers) and ‘threading’ the insulation into the cavity. 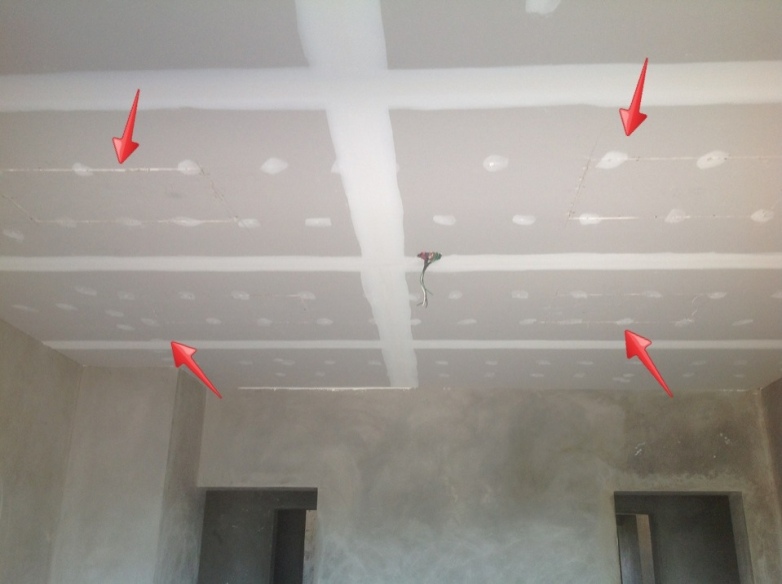 Having had a ‘high’ in the morning Rose and I headed back to our build in Ambergris Caye, Belize after we had finished our lunch and got there just after 3 pm, stopping on the way to buy some soft drinks for the guys. They really deserved it after unloading the container the previous day.

As we pulled in we saw immediately that they had fitted the windows on the Second Floor’s eastern side. These being for our respective bathrooms.

We were very keen to see what progress had been made with the windows so it was up the scaffold to the Second Floor for us.

Once up there we were able to take a good look at the windows that had been fitted.

On the southern side the three windows looked good.

As did the window for my bathroom. 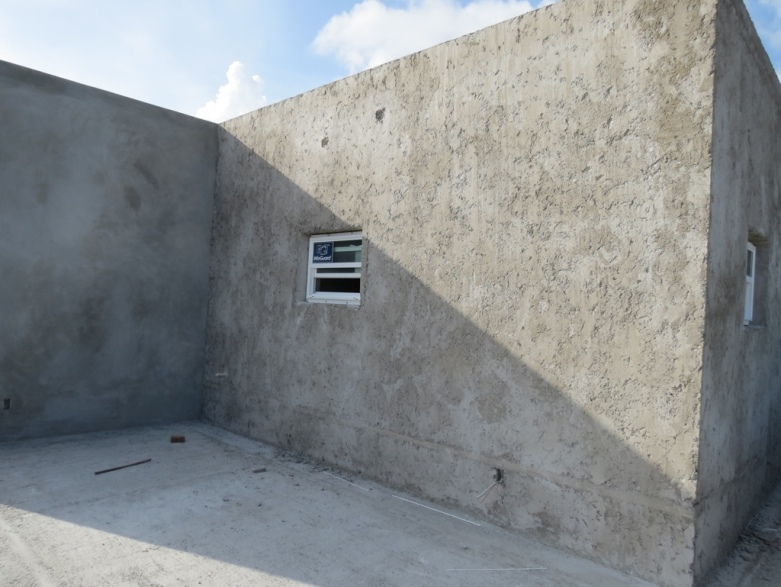 Around the corner on the northern side Nicholas, Angel and Porfelio were hard at work installing the last of the windows. This one for Rose’s bathroom.

Nicholas with the grinder whilst Porfelio and Angel wait in readiness. Daniel leans nonchalantly against the wall.

Nicholas at work with the grinder wearing glasses to keep the dust out of his eyes.

And then he removed the glasses (forgive me for this because I know it is bad but I need the link to the headline) and exclaimed “I can see clearly now the dust has gone” ( yes, I know it is bad but …) and started chipping away excess cement with the hammer and chisel.

And then with the assistance of Porfelio on the outside and Angel on the inside he ‘presented’ the window and started drilling the holes for the masonry screws.

Before we left our build in Ambergris Caye, Belize we took a look at the work the guys had been carrying out for the well in the north-east corner of our lot.

Not much to do now.

The headline (yes, a tenuous link I know) is based on the 1972 single by Johnny Nash which reached number one in both the US Billboard Hot 100 and the UK Singles Chart.