Up around 5 am yesterday morning and spent some time – with my mug of coffee – reading The Times on-line. Then set about tackling the In Box and then turned to sending emails. One of which was to the Belize Tourism Board to find out when Rose and I can expect to receive our QRP (Qualified Retirement Program) I.D.cards, without which we cannot submit an application for permission to import a golf cart.

Next off was an email to Daniel Camal, the building contractor for our build in Ambergris Caye, Belize , to wish him a very happy birthday.

Then spent a fair amount of time exchanging emails with Benny’s (for our lighting requirements) and The Tile & Stone Center (for our tile needs). Choosing is taking far longer than we contemplated. Before we knew it though it was time to head off to our build in Ambergris Caye, Belize.

On arrival we could see Edson applying cement to the underside of the eastern (front of house) First Floor veranda.

Ably assisted by Miguel who all of the guys are trying to impart their knowledge to. 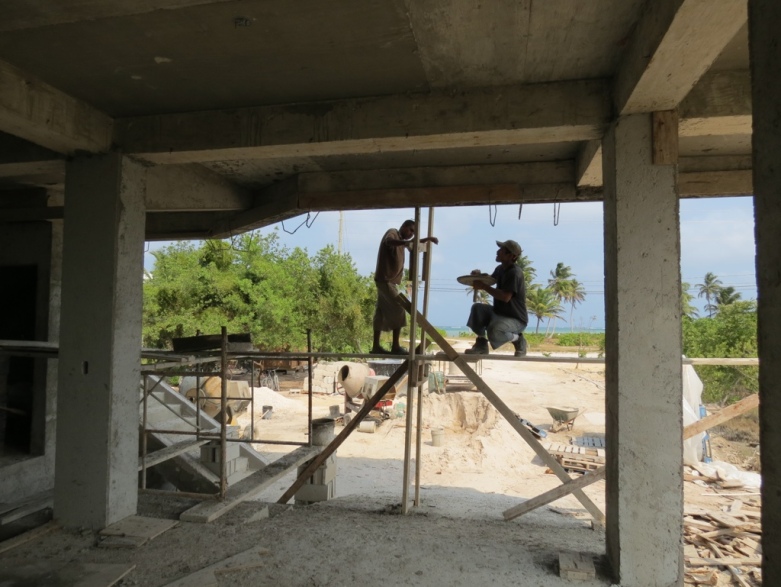 We were very keen though to see how our bedroom and bathrooms were progressing so climbed the stairs and then made use of the scaffold to gain access to the Second Floor. Once up there we could see that Zapeda, his son Eduardo, Sam and Eric were busy at work applying the finishing coat of cement.

The ‘cubicle’ where the toilet in Rose’s bathroom will be positioned is finished.

As is where the vanity unit will go.

The guys were busy applying the finishing coat for our bedroom.

The northern wall (where the headboard will go).

And the guys were busy working on the southern wall. 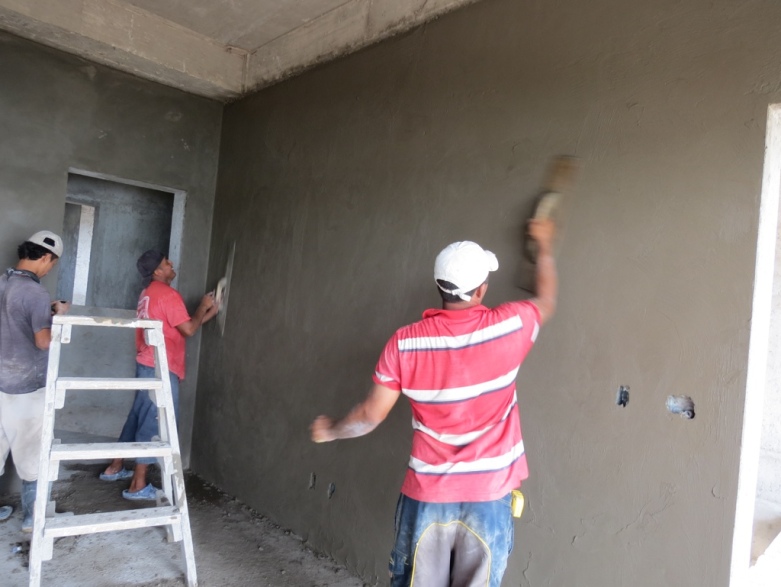 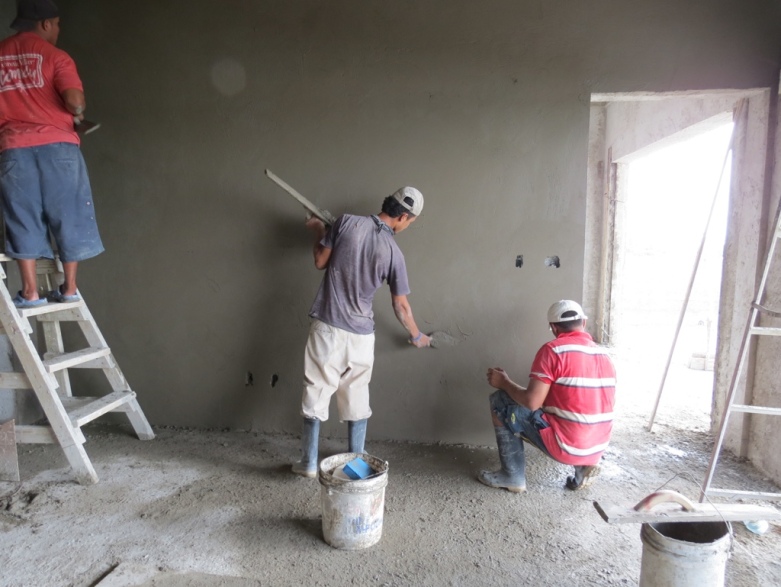 Outside the house Martin and Nicholas were applying the second coat of cement to the exterior of the western (lagoon) side of the First Floor veranda.

Martin about to put the feather edge to work in the north-western corner.

And in the south – western corner was Nicholas on the trowel.

No work today because the guys have the day off for the 1st May Public Holiday. A day off that they thoroughly deserve.

The headline is based on the single by Stevie Wonder which was released in 1981. Although it never charted in the US Billboard Hot 100 it did reach number two in the UK Singles Chart.