Need to get my ego boost out of the way straight away. Just have to share the news with somebody!

I may be getting a gig as a guest blogger on Tacogirl’s Blog. If you haven’t heard of her ( where have you been?) Tacogirl has been blogging about Ambergris Caye and Belize in general since 2007 and I have been a regular reader ever since I became aware of her Blog.

Anyway, in between issuing my daily editions I now have to pull something together to submit to Tacogirl (aka Laurie Norton) for consideration.

Check out Tacogirl’s Blog. You will enjoy it:

Rose and I left it until this afternoon to head off to review our build in Ambergris Caye, Belize today because I was trying to think of what content to use for my possible guest blogspot. When we got there we were concerned to see that they were hacking off some of the concrete on the western wall of the water tank that was poured yesterday.

Daniel Camal, our building contractor, got to us before we could get to him. He explained that the forms on that particular wall had not been as secure as they should have been with the consequence that too much concrete had been poured. The work being carried out would result in the wall being reduced to the correct thickness.

Close up of the concrete of the west wall of the water tank after removal of the excess.

Elevated view of work on the form supports.

As we have seen thus far, great care is taken to ensure that forms are fitted at the correct height and that they are level.

Martin with a spirit level in the south-east corner of the water tank.

The structure of the form supports look very rustic but we know already that they do what is required of them.

Form support in place in the north-west corner of the water tank ( directly beneath where the guest bedroom will be.

The form support in the south-west corner didn’t look too good. 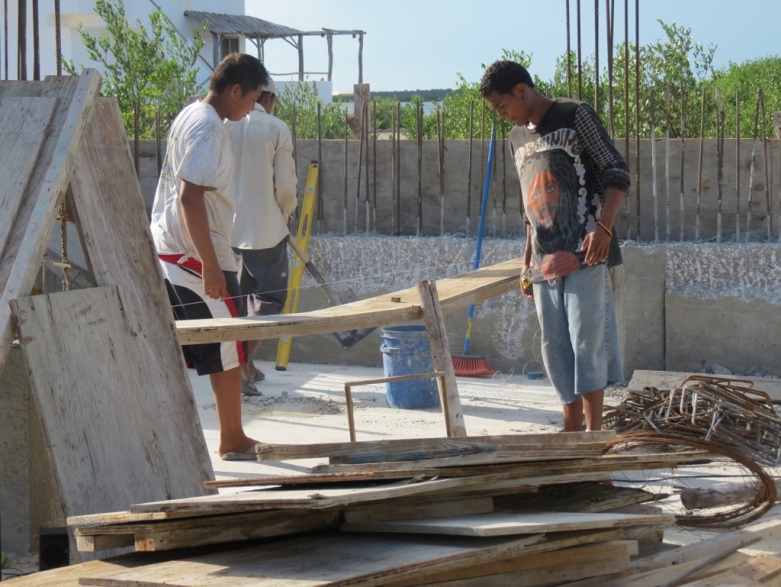 But it did a few minutes later. 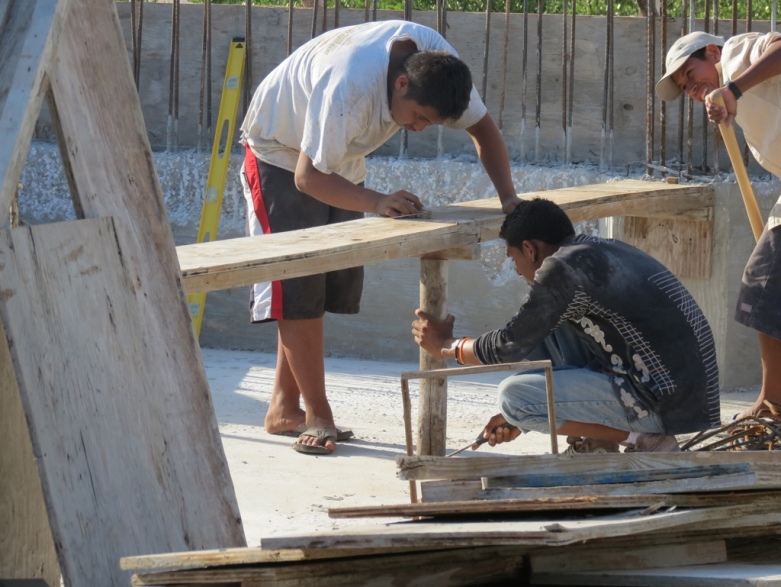 Nicholas and ‘Junior’ fixing the problem.

The focus over the next few days will be on completing the installation of the forms and fixing the rebar.

Should have mentioned earlier that Rose and I had a pleasant and humorous surprise when we got to the build. Our own ‘signposted’ parking spot.

Jason and Maresha, our next door neighbours who run Pirate’s Treasure Restaurant and Bar, had kindly marked up our parking area. We know where to park now. 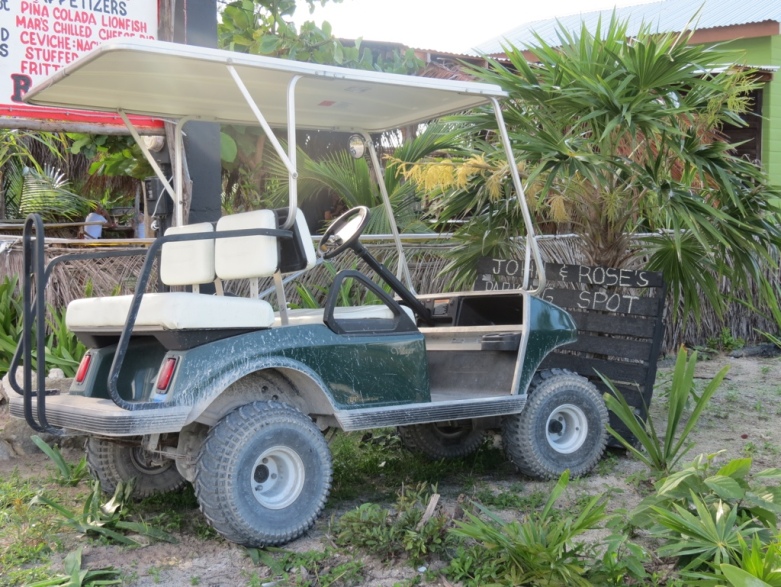 On the subject of golf carts ( well there is one in the last photo!) I thought you might like to see the car(t) showroom we have on the island.

On the way home Rose and I saw that another building had been decorated with Christmas lights. 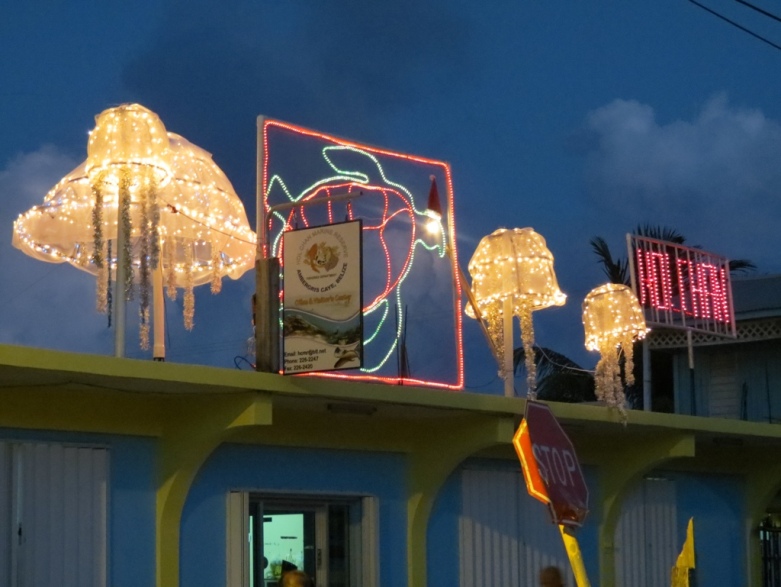 The headline is influenced – well apart from the fame I will achieve if I succeed in getting the guest blog gig – by David Bowie’s 1975 number one hit in both the UK and USA.