With out trip to Buenos Aries, Argentina and Montevideo,Uruguay nearing its conclusion we still had a few more things to do from my list.

I obviously (what true football fan – and I mean FOOTBALL – wouldn’t ) wanted to visit the Estadio Alberto J. Armando, otherwise known as La Bombonera . And Rose did too, which helped !

But first we spent a little time wandering around Caminito the area where the Italian immigrants lived when they first moved to Buenos Aries. 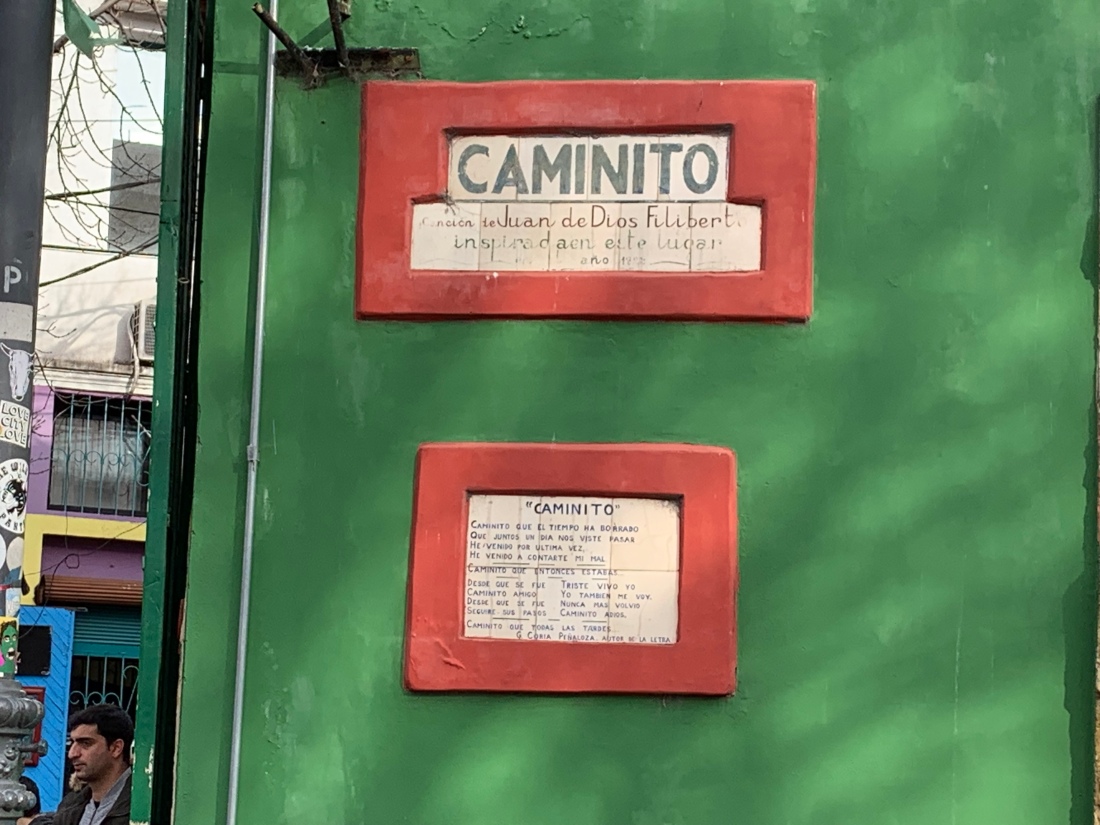 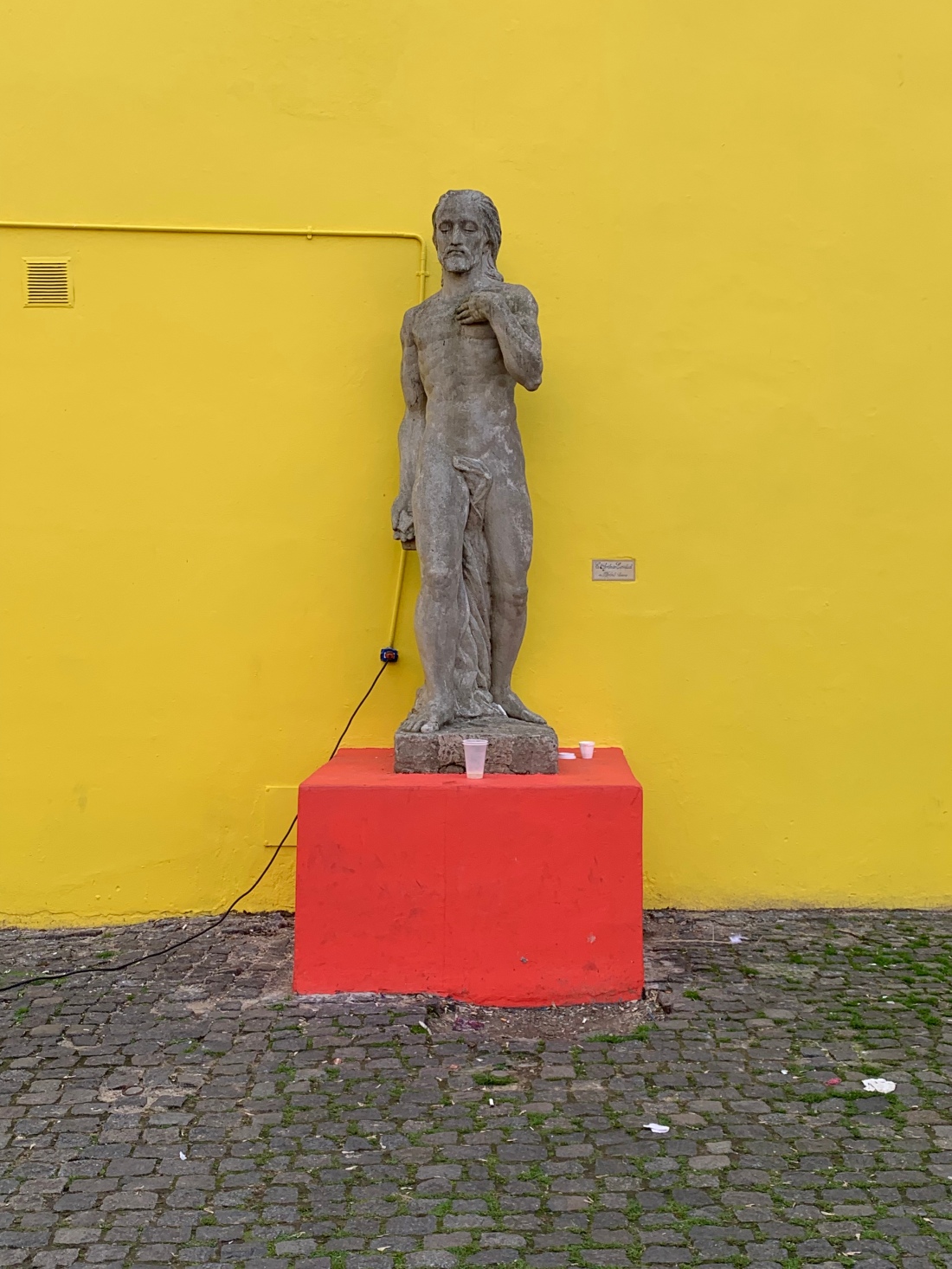 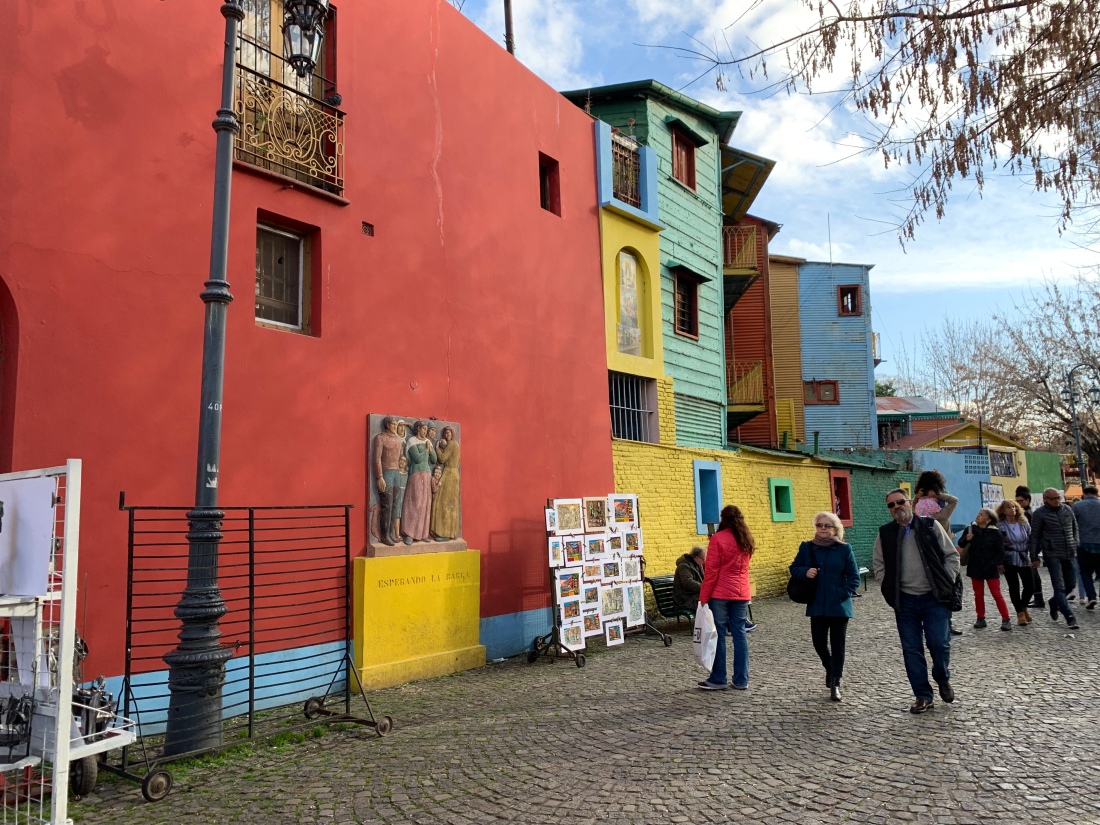 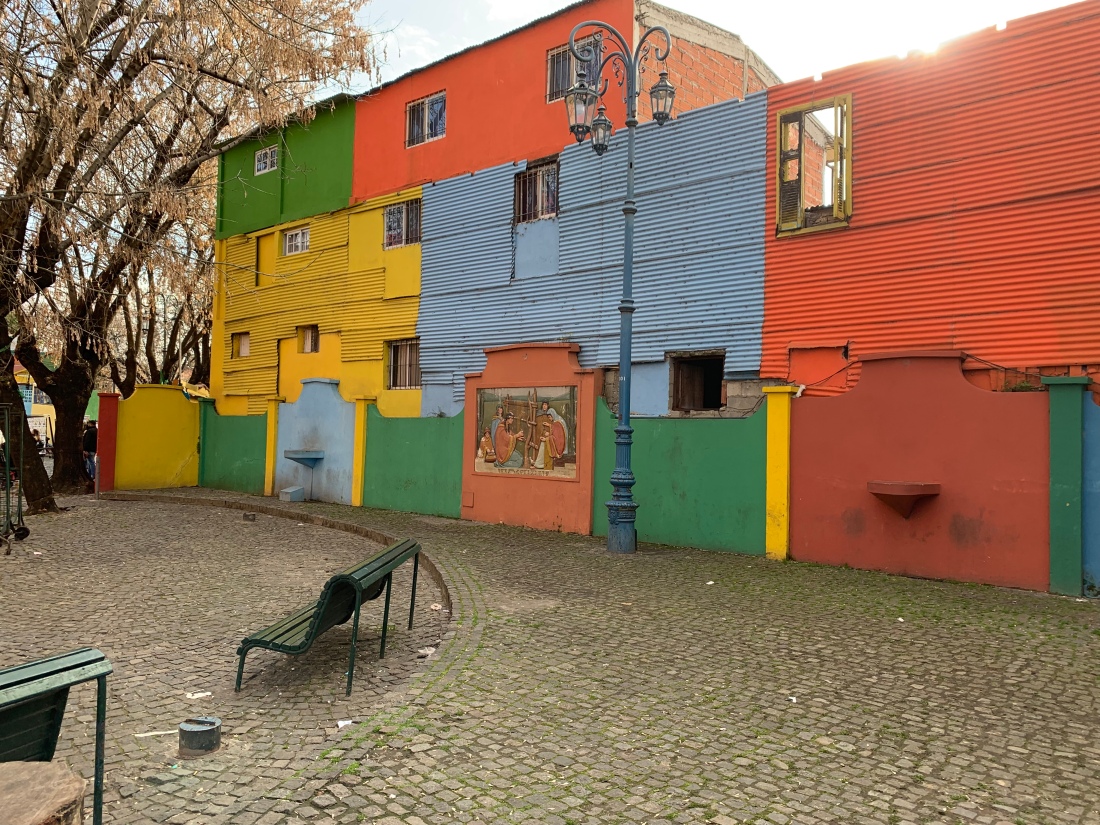 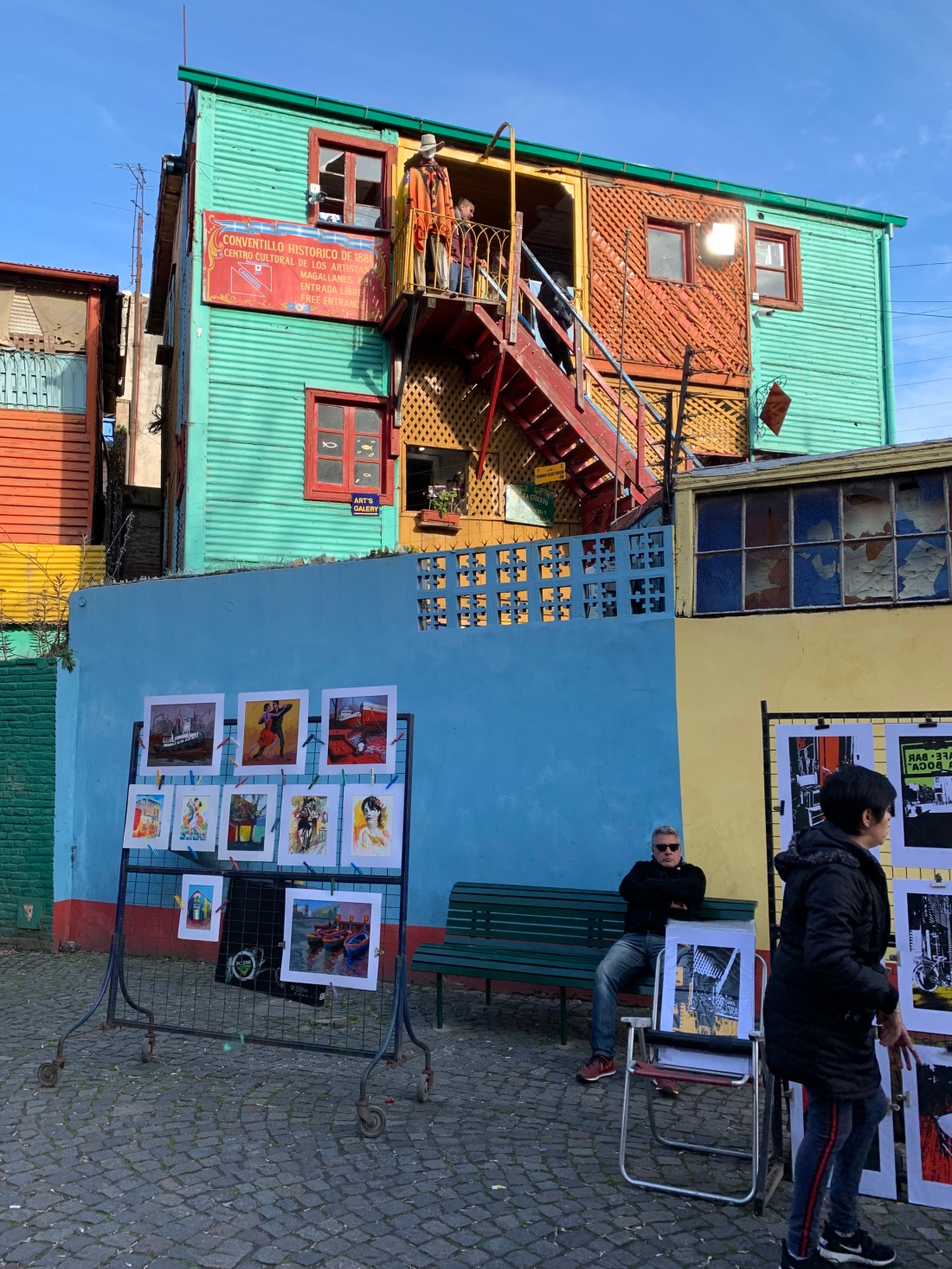 Have your photo taken with the dogs and make a donation to the local dog shelter! 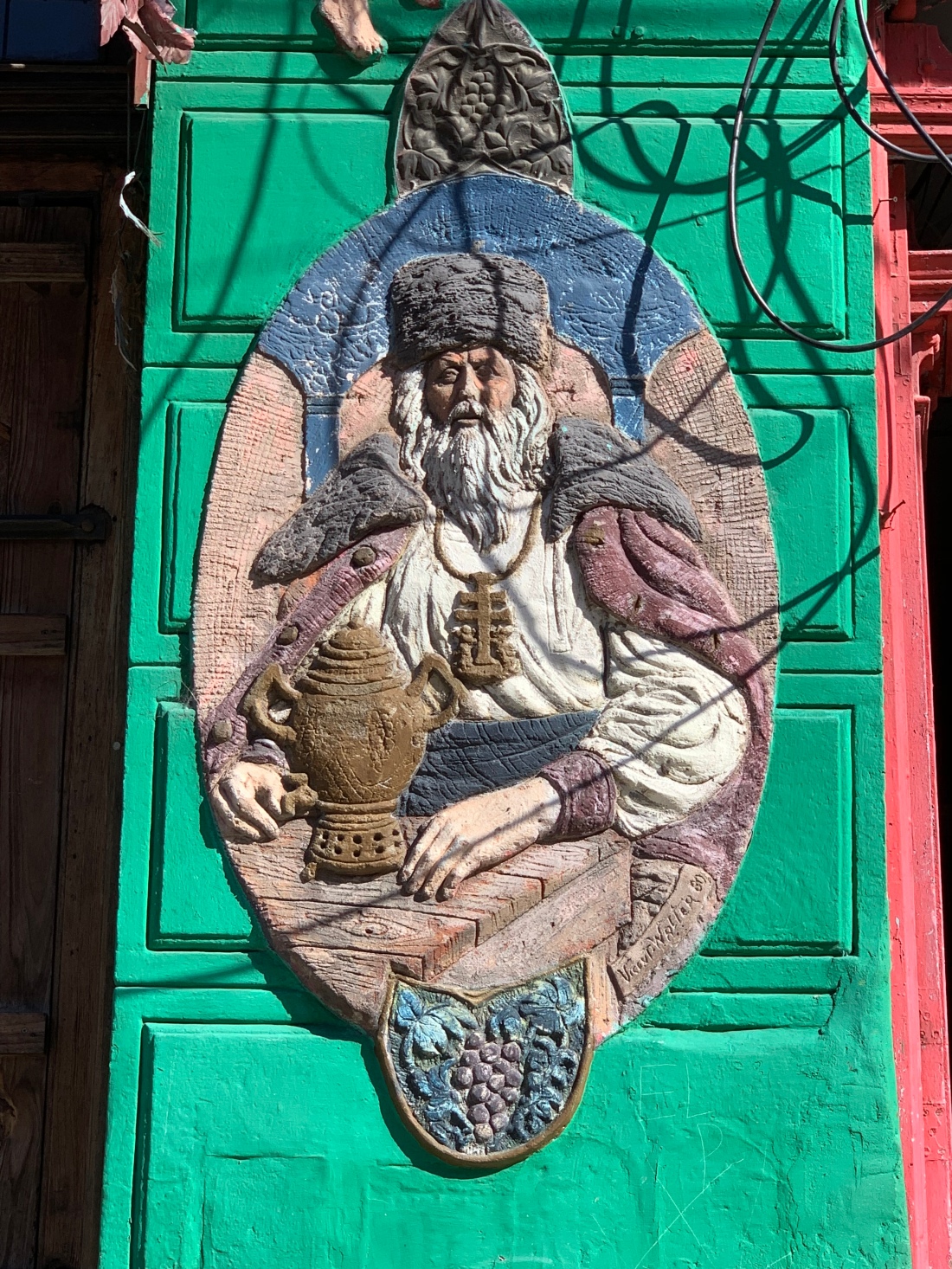 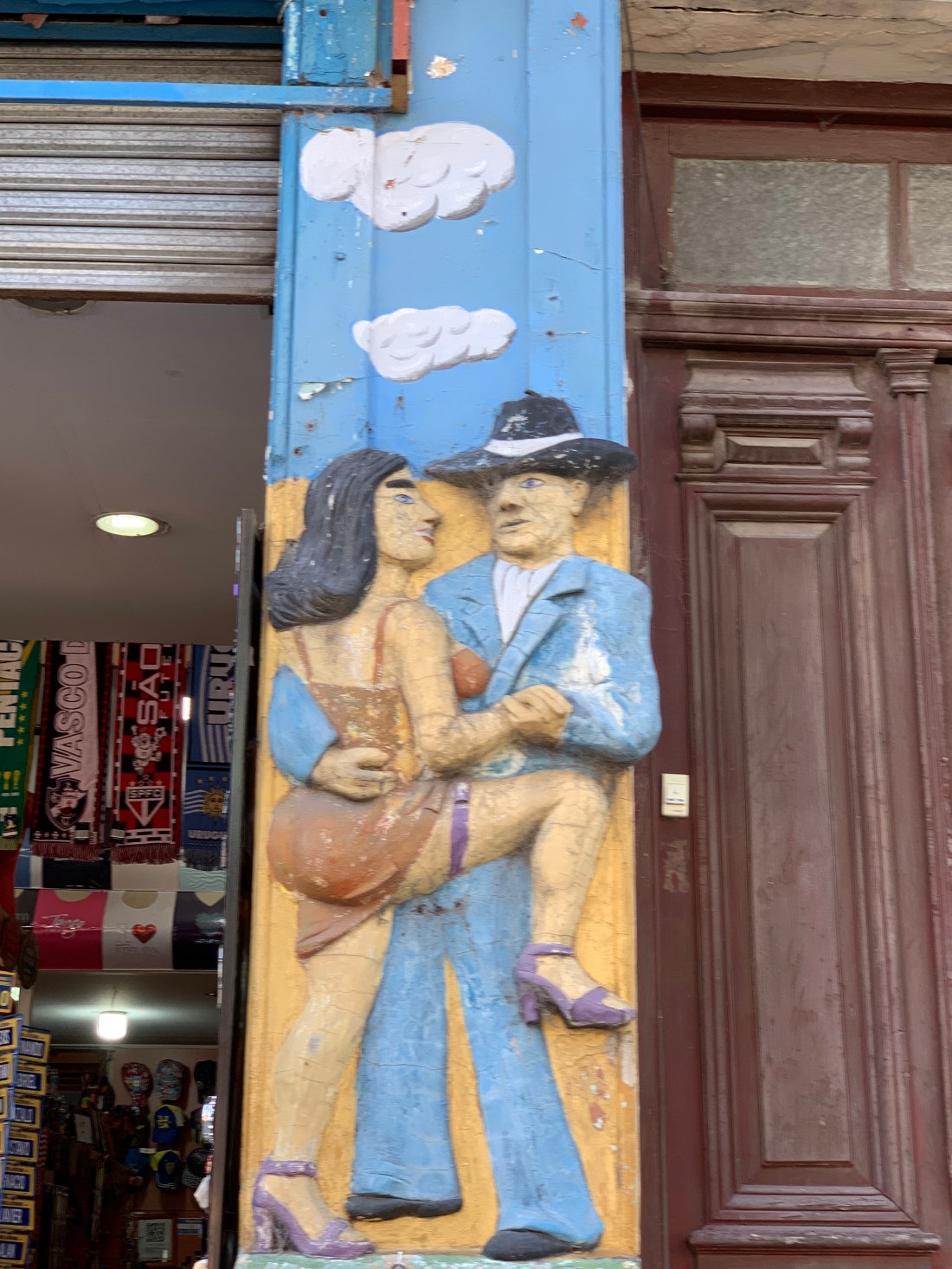 Bored watching the tango ? Watch a grill master at work instead. 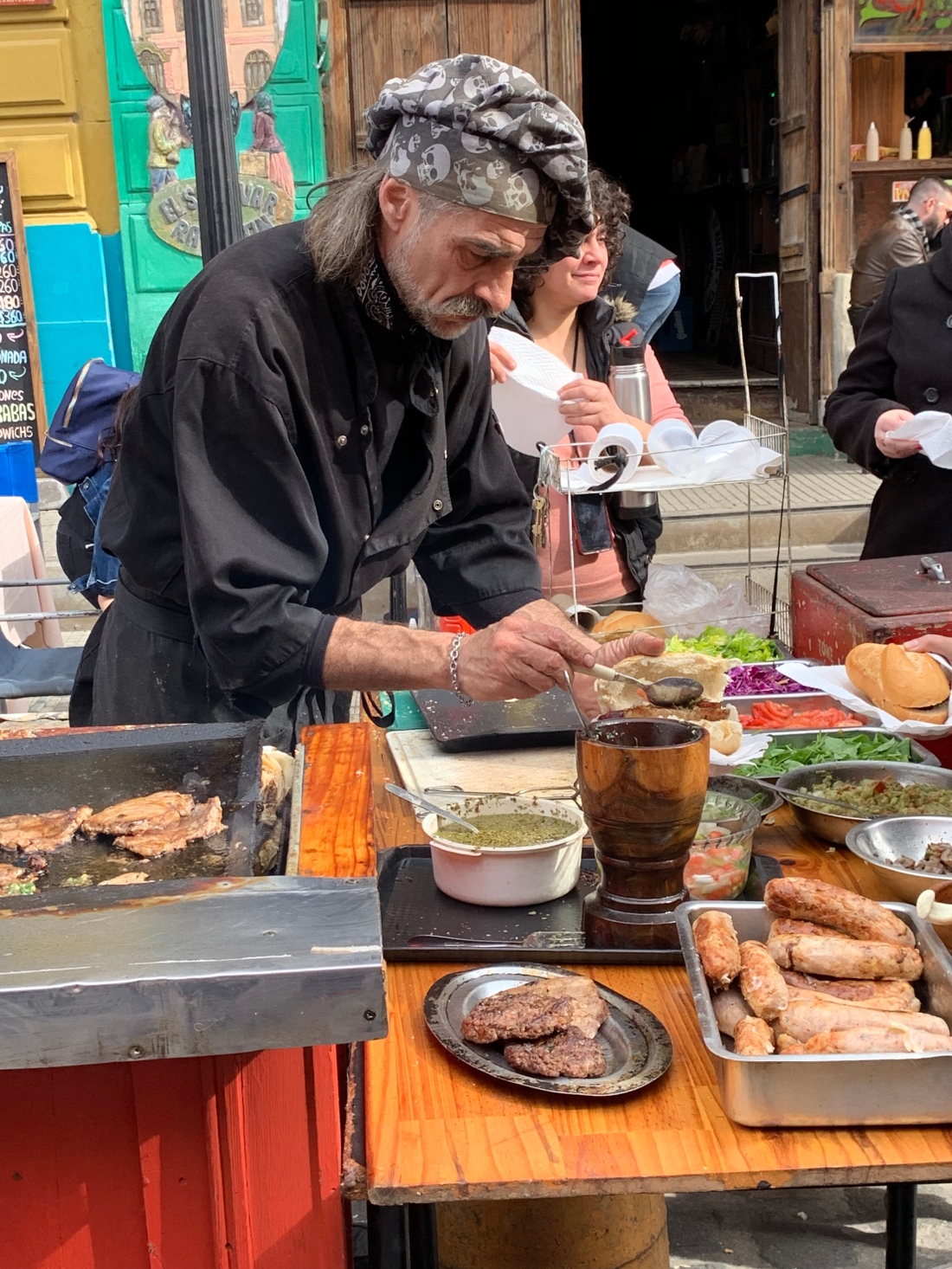 And a pair of doors that have seen much better days. 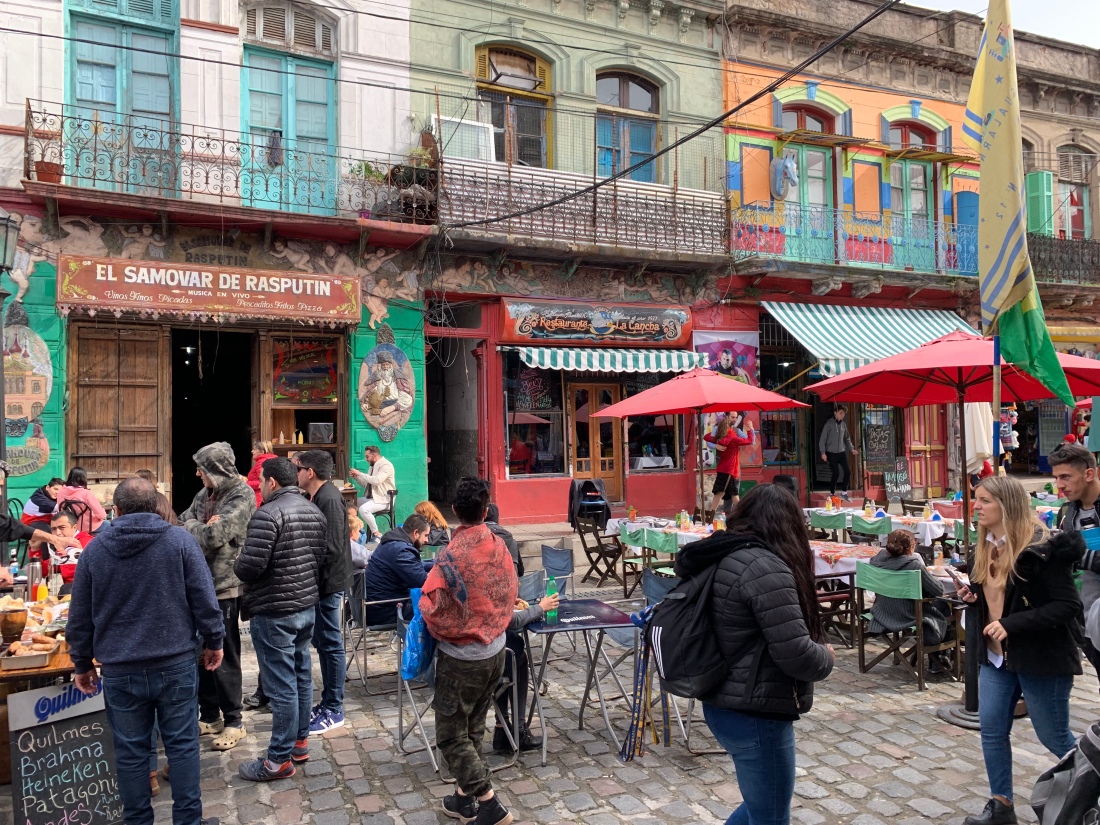 The aroma eventually got to us. Our resolve weakened. And then it just disappeared. We just had to have a choripán (a sausage sandwich, if you must know ). 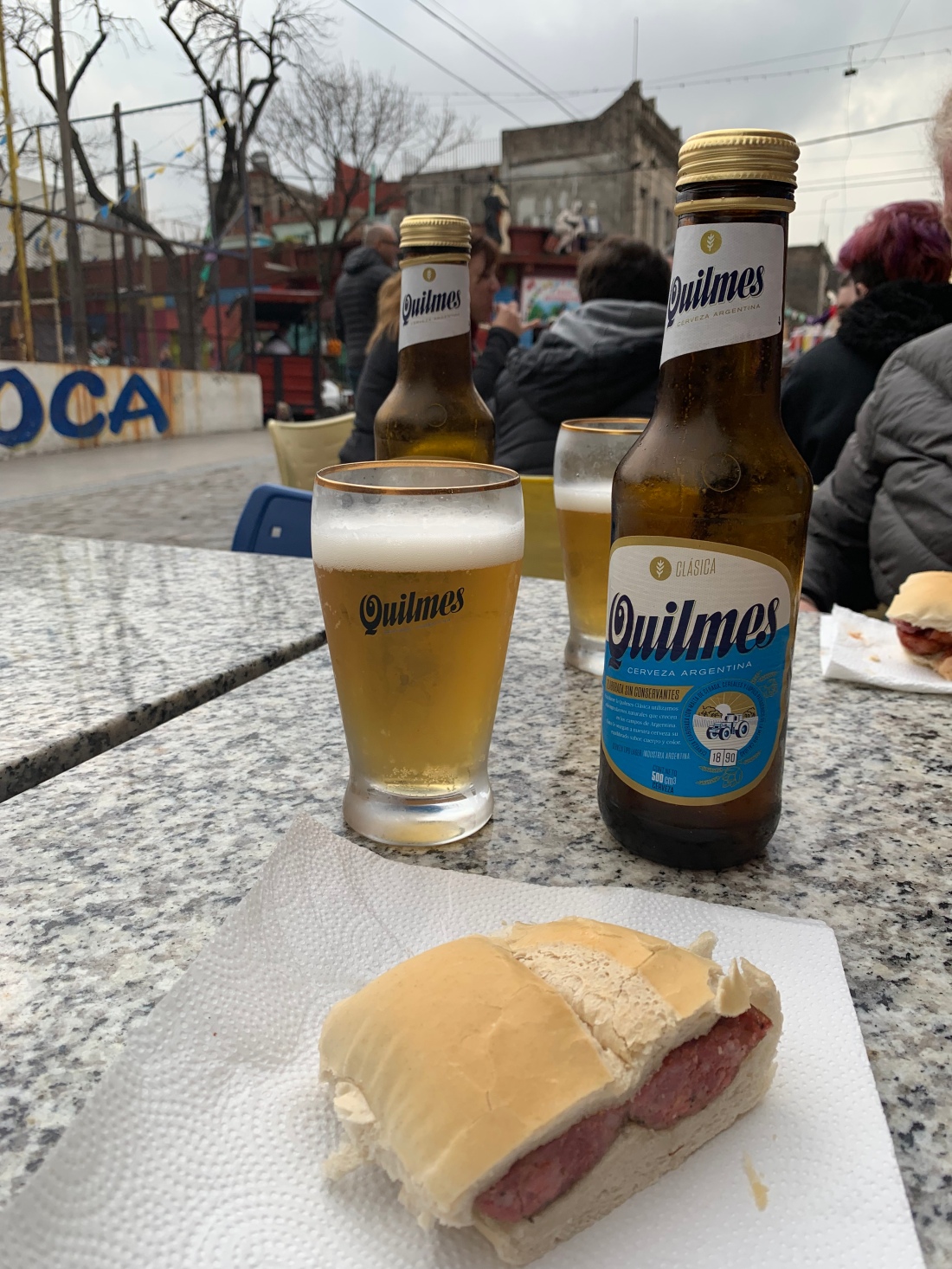 Caminito is the area in which La Bombonera is located so we didn’t have far to walk although it took a little while to get there because we met celebrities on the way. 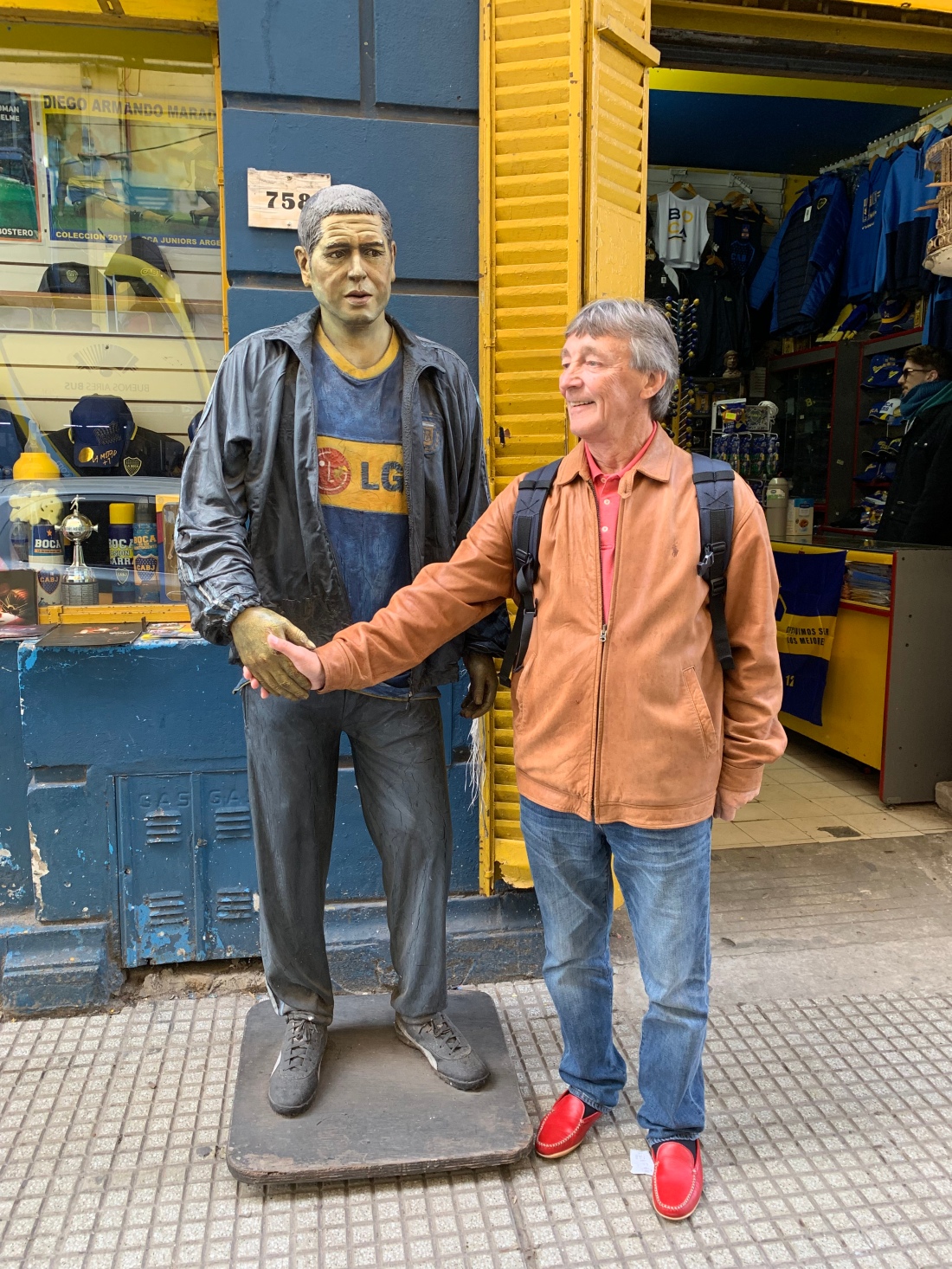 With the greatest talent in the world at one time (in my opinion ) Juan Román Riquelme .

And the current little Maestro. 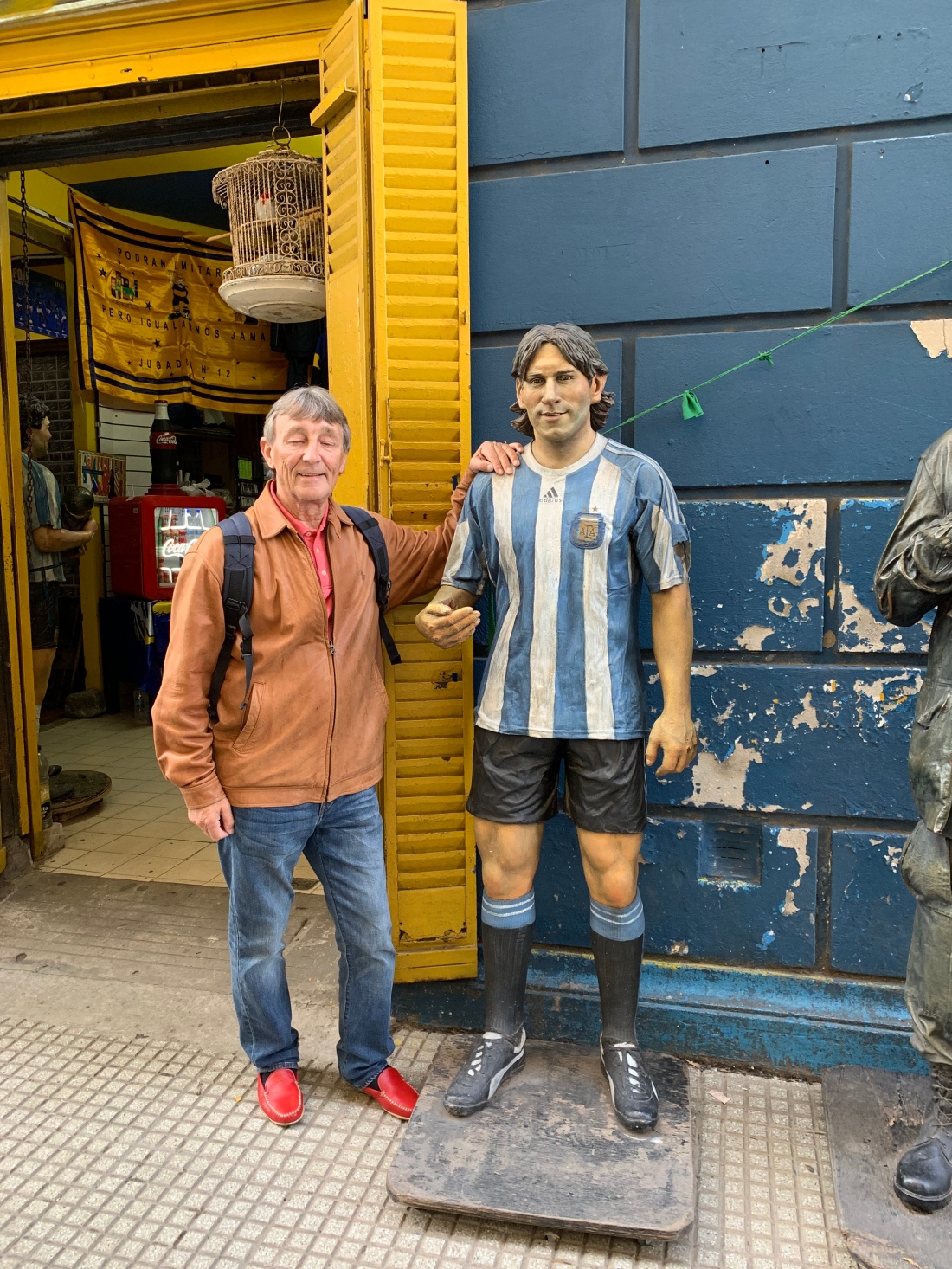 “Oh please Mr Messi can I have your autograph?”. 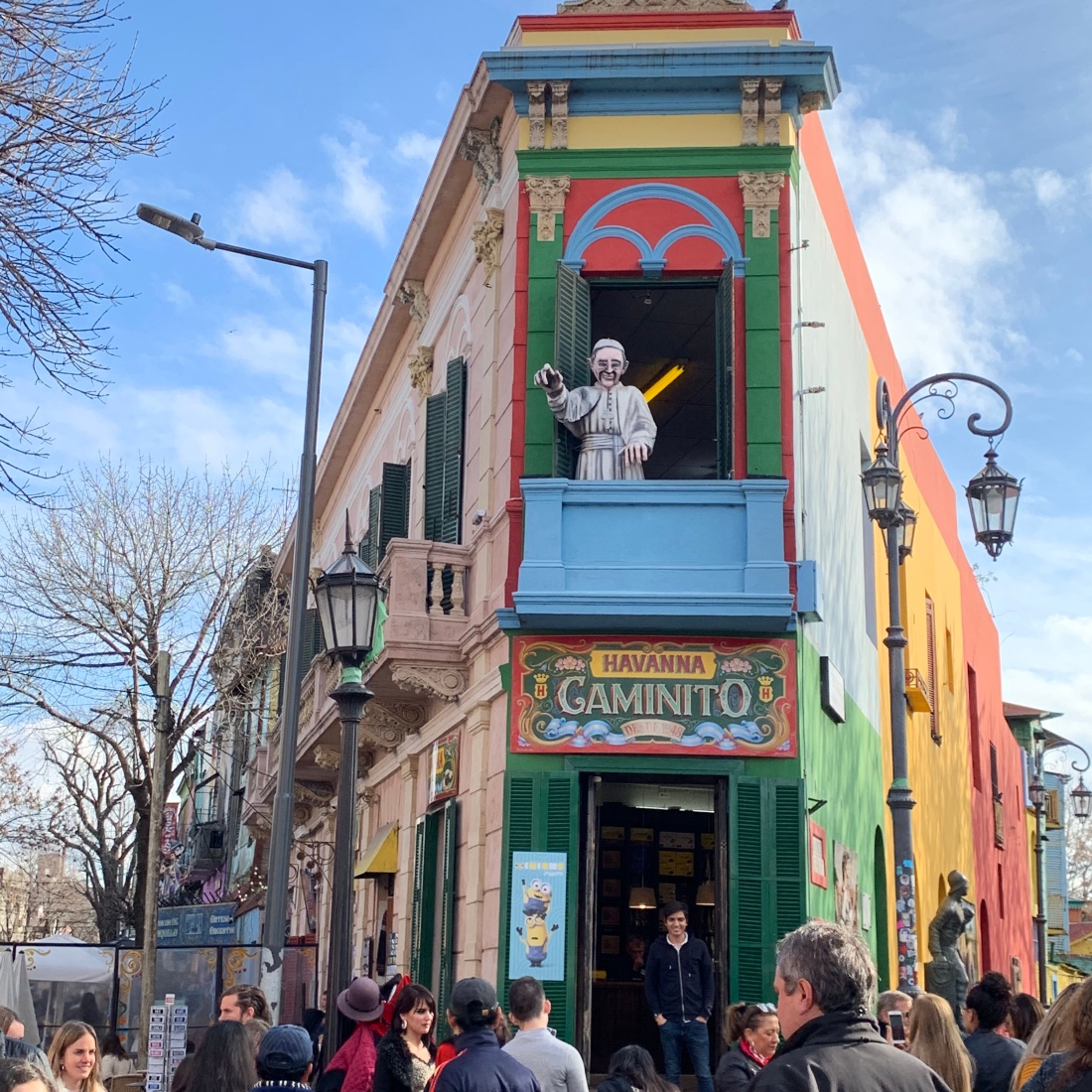 And then we saw it, La Bombonera.

So we joined the queue (they do love a queue in Argentina)paid the entrance fee, got our wristband

and waited for the tour to start. 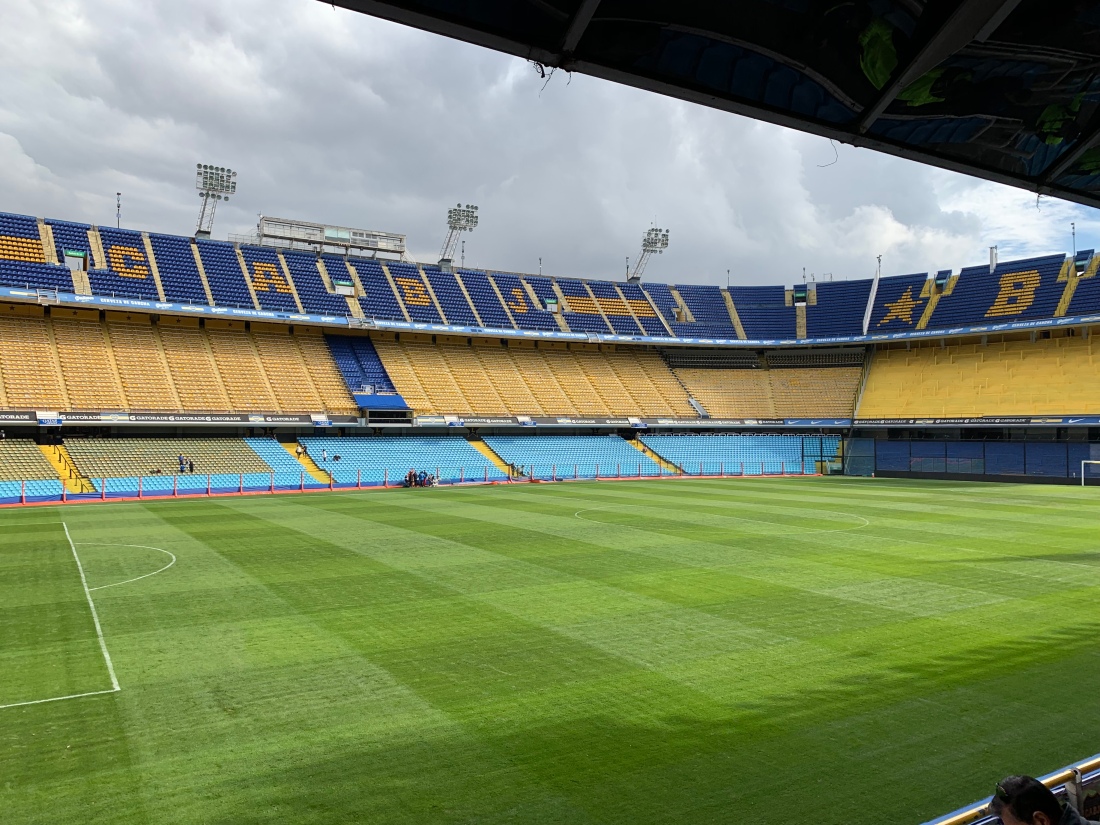 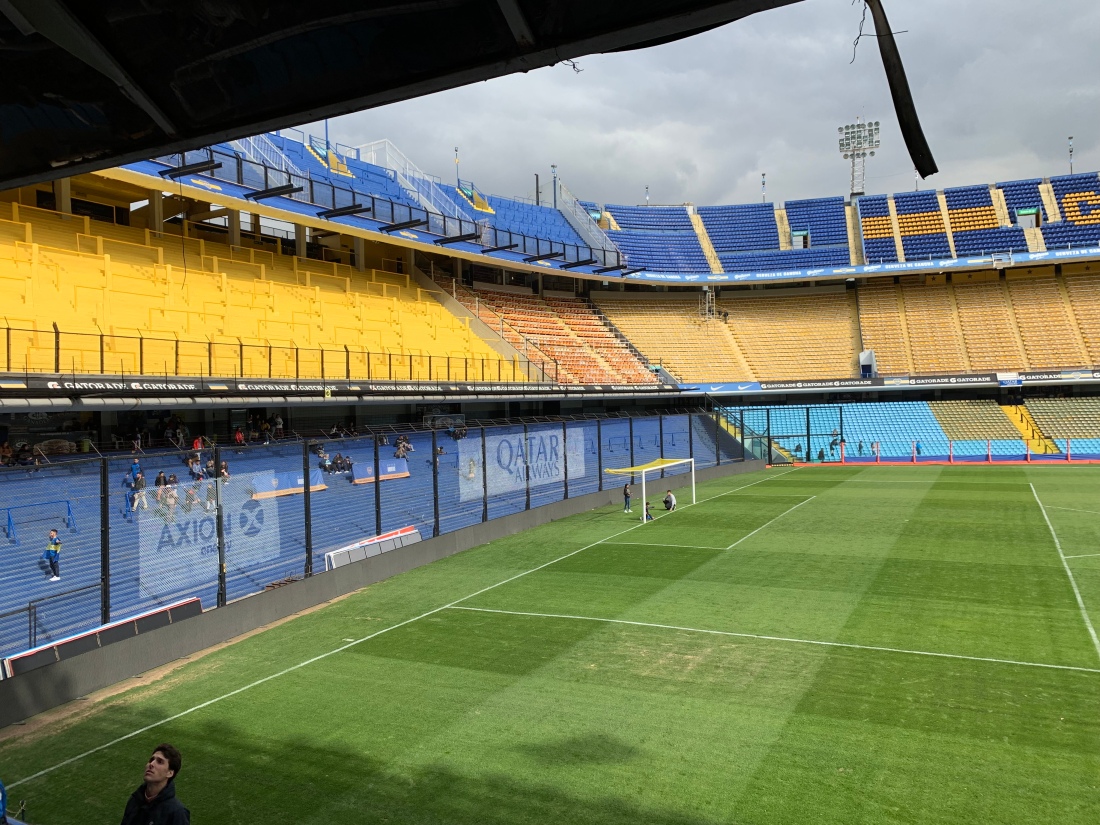 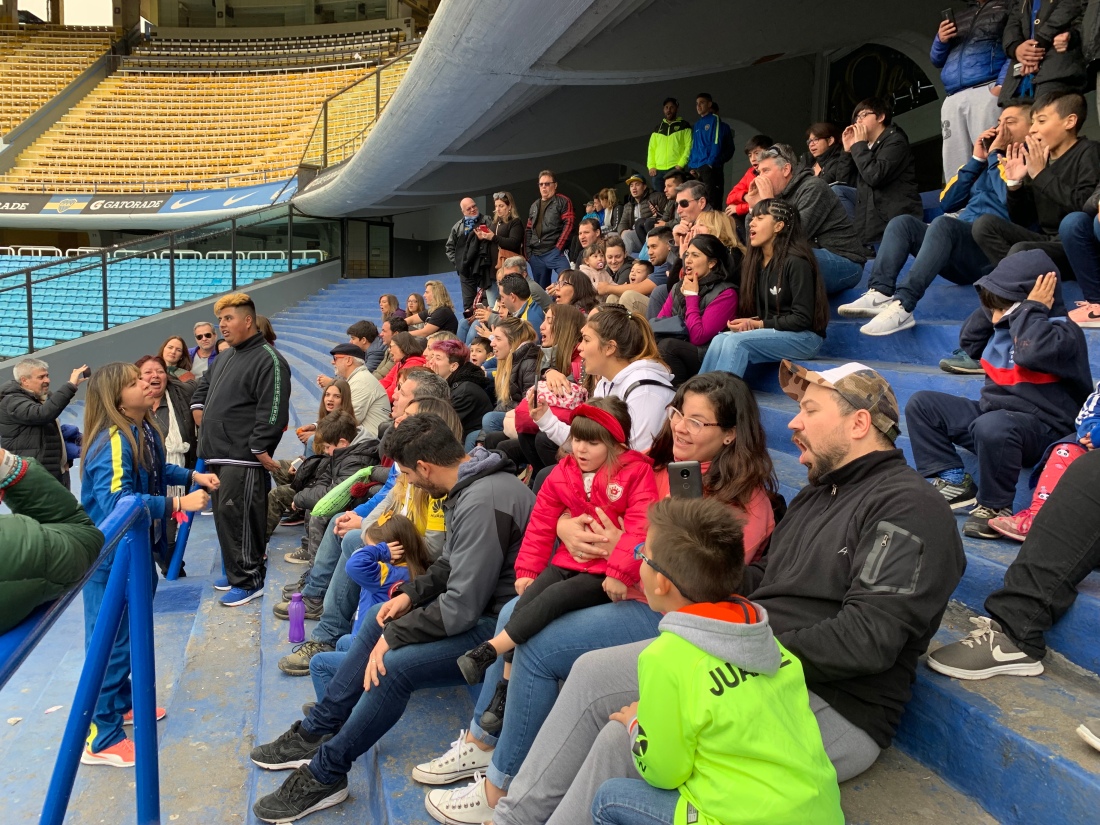 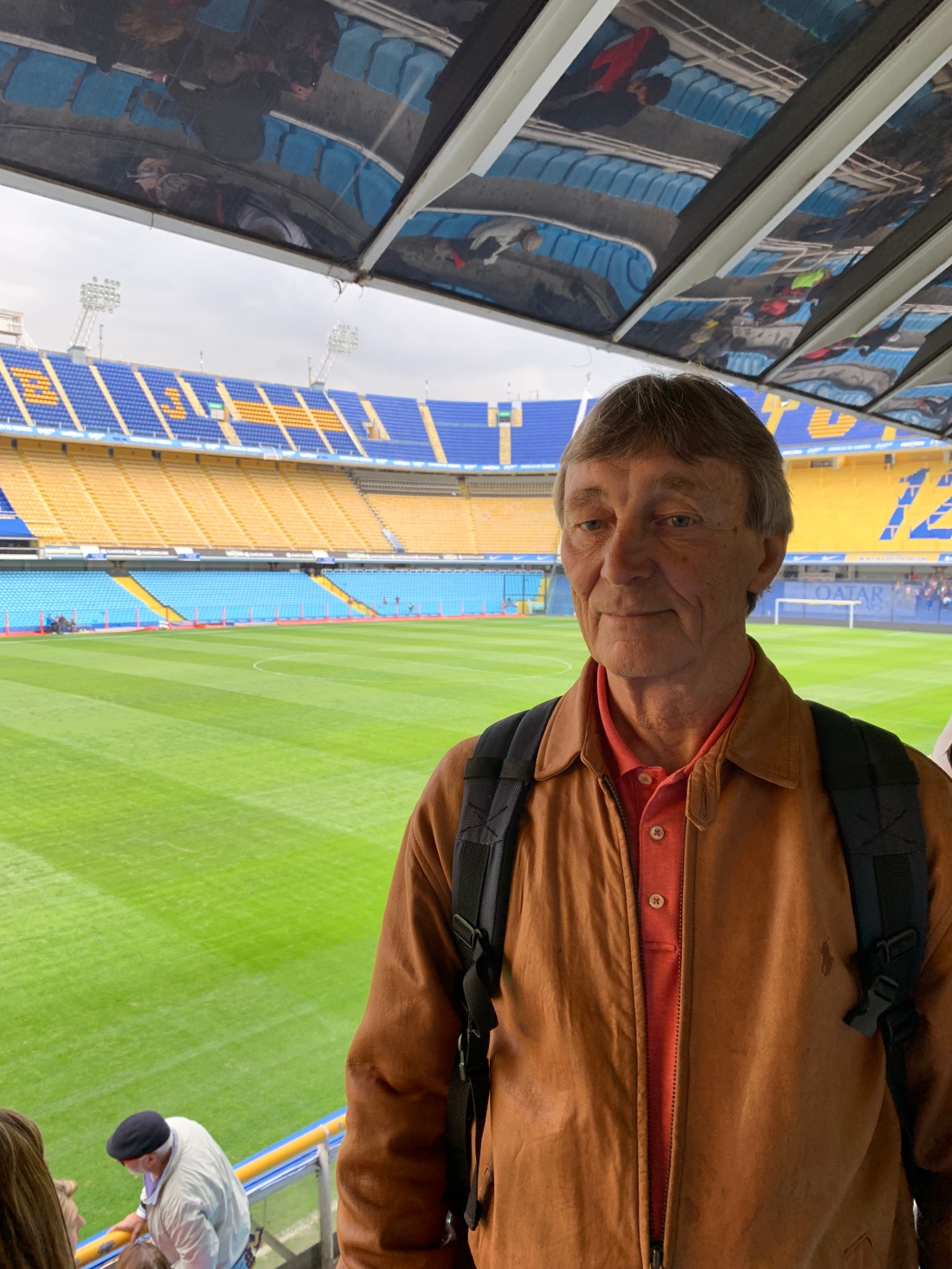 In the words of Marquinhos (he plays for Paris Saint Germain and Brazil) “You can’t play, it’s a pressure cooker “. When you walk around the place and soak up the atmosphere and see the signs and trophies you just know that opposing teams know that they are going to be under pressure.

The Away team changing room 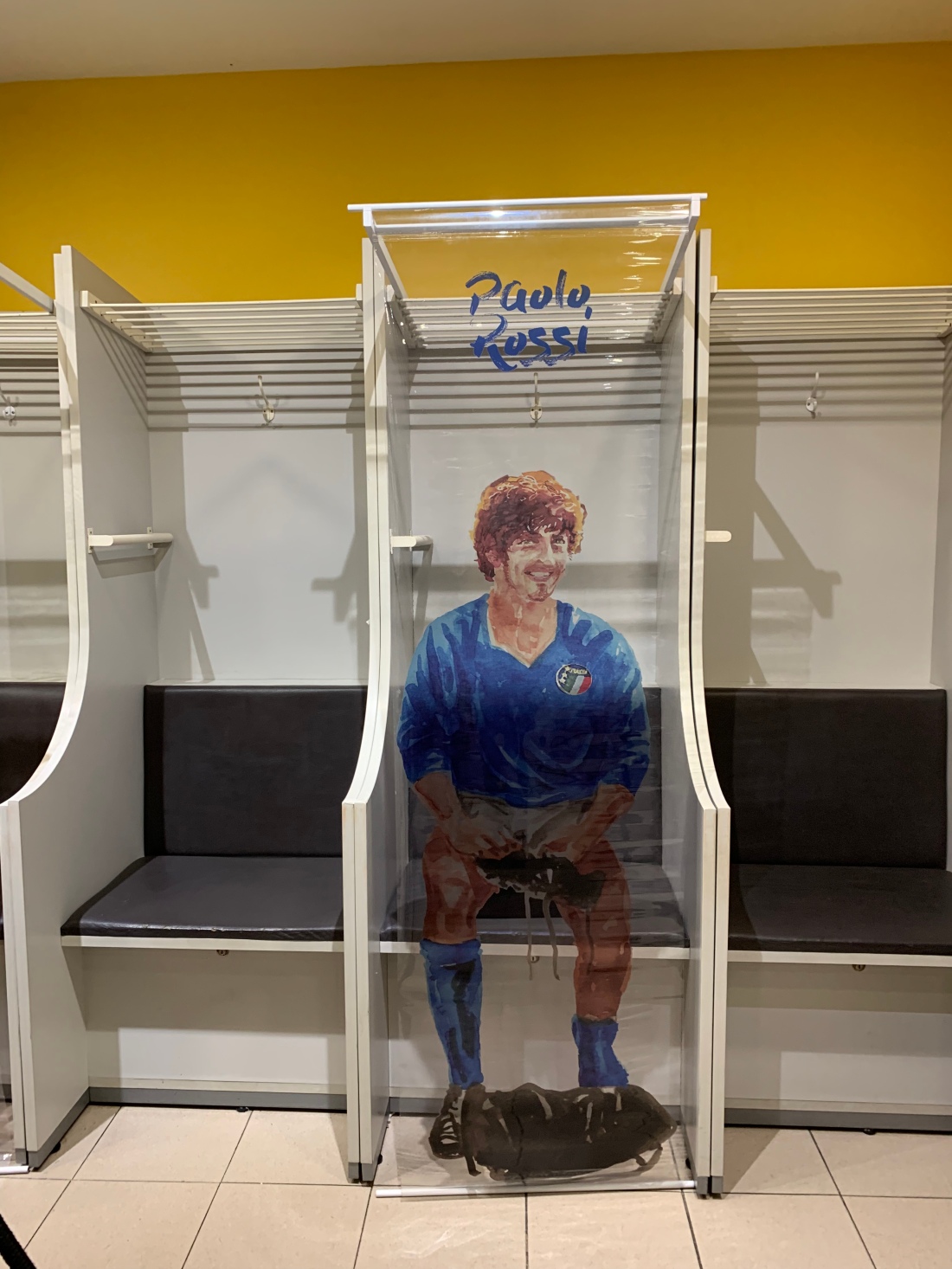 For our final night I had planned ahead and made a reservation at a restaurant I’d come across when researching our trip, Crizia had received rave reviews . And we found out why. The food was good, very good.

We chose oysters to start 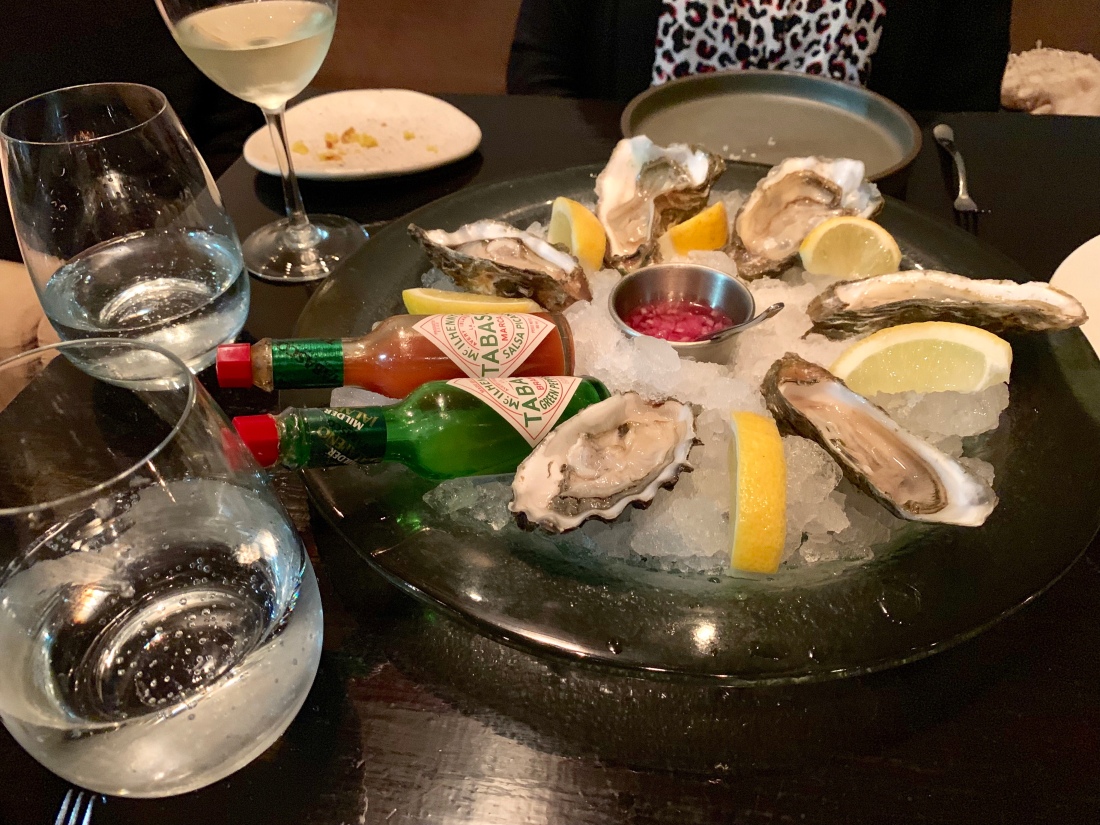 Pappardelle and scallops for Rose and

Patagonian braised lamb for me.

I still had a little room so I followed up with 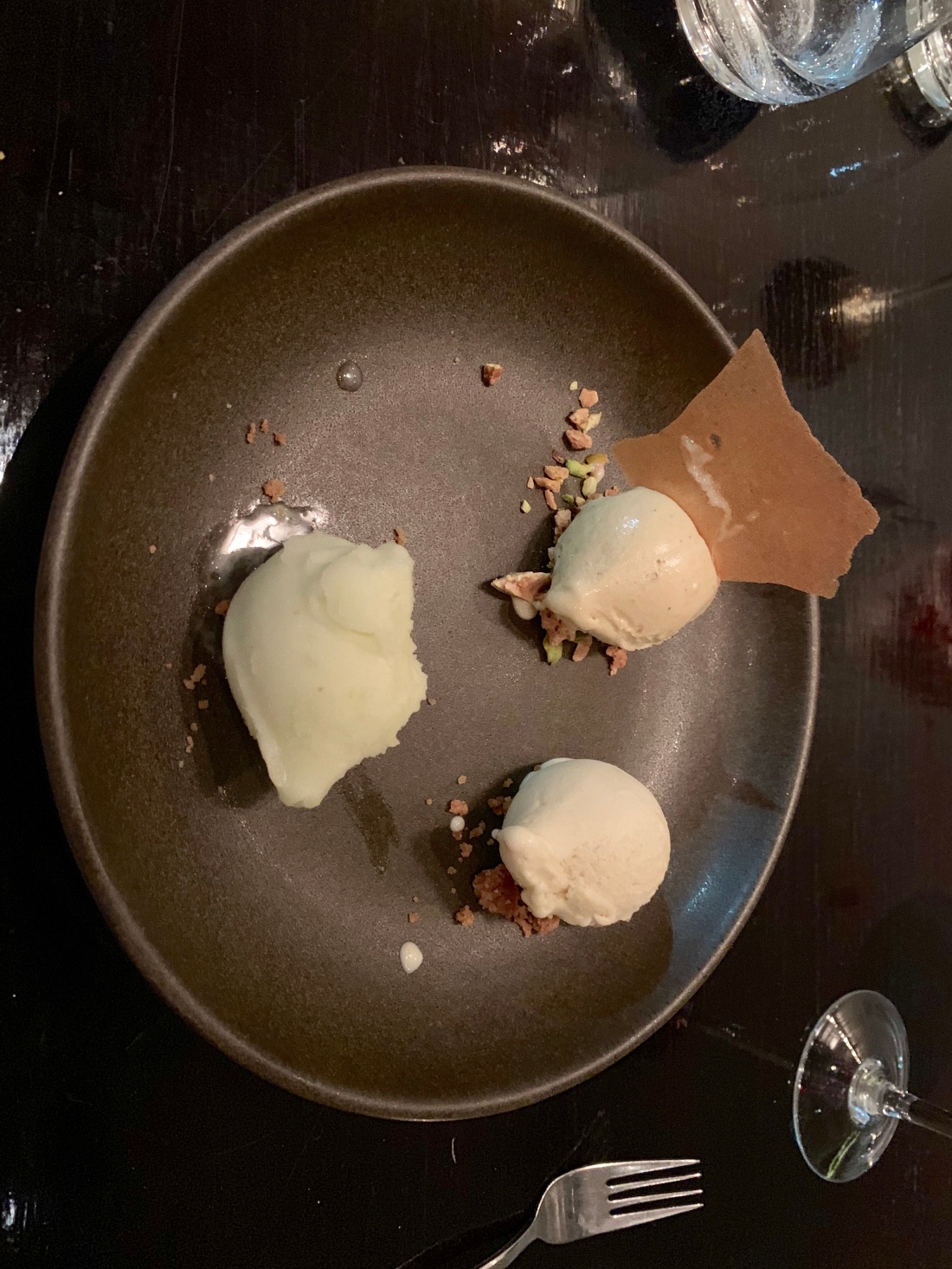 Rose did though find room for these – yes, both of them! 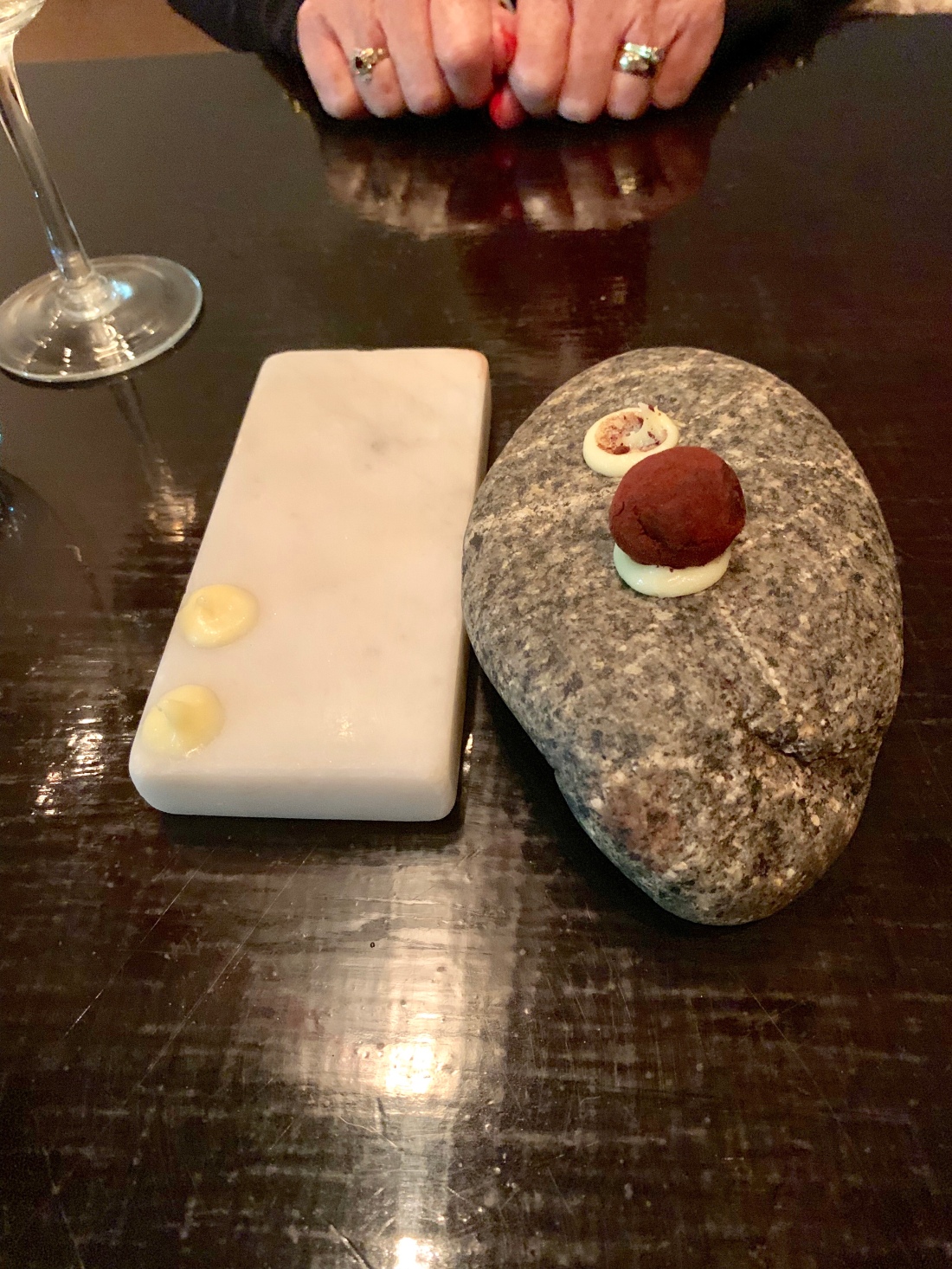 And she’s done it.

it was time to take our taxi ride to the airport . 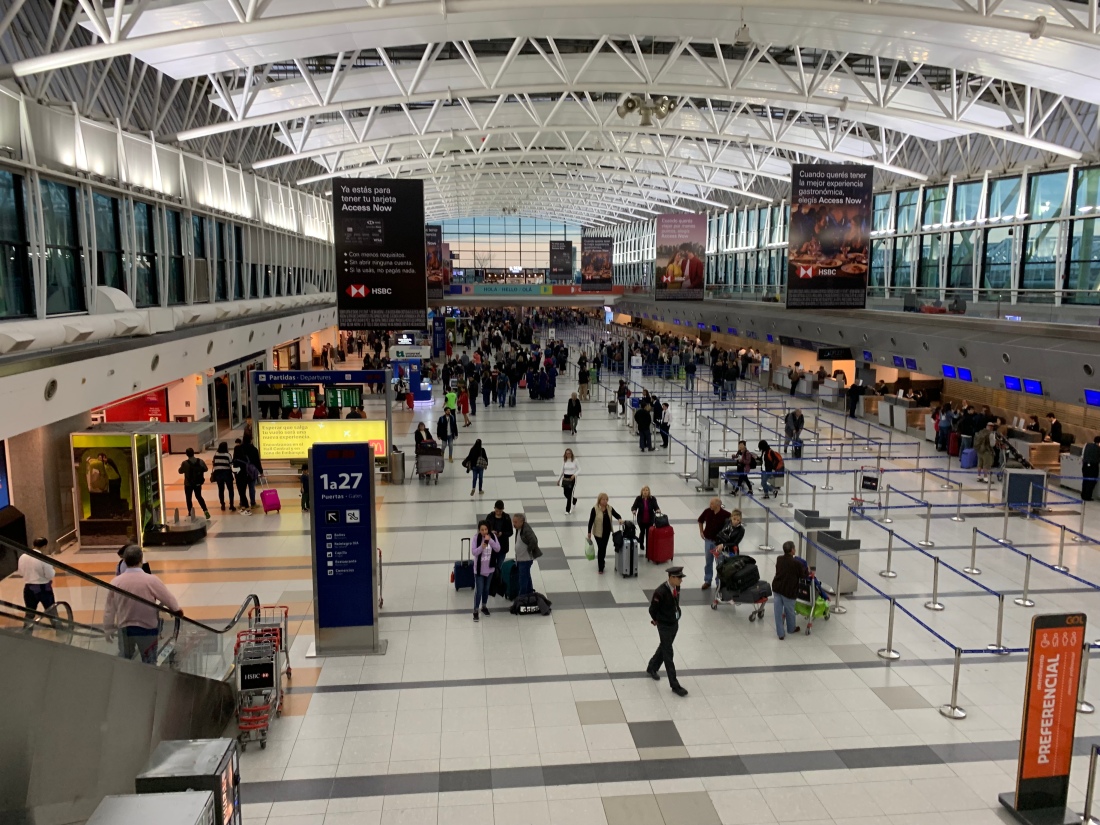 Goodbye Buenos Aires. Thank you for a great time.

The headline for this edition, the last one in the series , is based upon the single released in 1989 by Queen which reached number 1 on the UK Singles Chart and number 29 on the US Billboard Hot 100.

2 thoughts on ““Under Pressure “ in Buenos Aires, Argentina.”