Those of you that have been reading this series of blogs about the visit Rose and I recently made to Buenos Aires, Argentina and Montevideo,Uruguay have probably surmised that there are lots of things to do. So much so that you wonder if you can fit them all in. We didn’t but we came very close.

when we got there. But hey, we joined the queue and in just over thirty minutes we were at our table.

While I was checking the menu out Rose did a bit of exploring (or more impolitely described as snooping ) and ‘found’ herself in a room adjoining the restaurant! She just happened to have her iPhone with her. 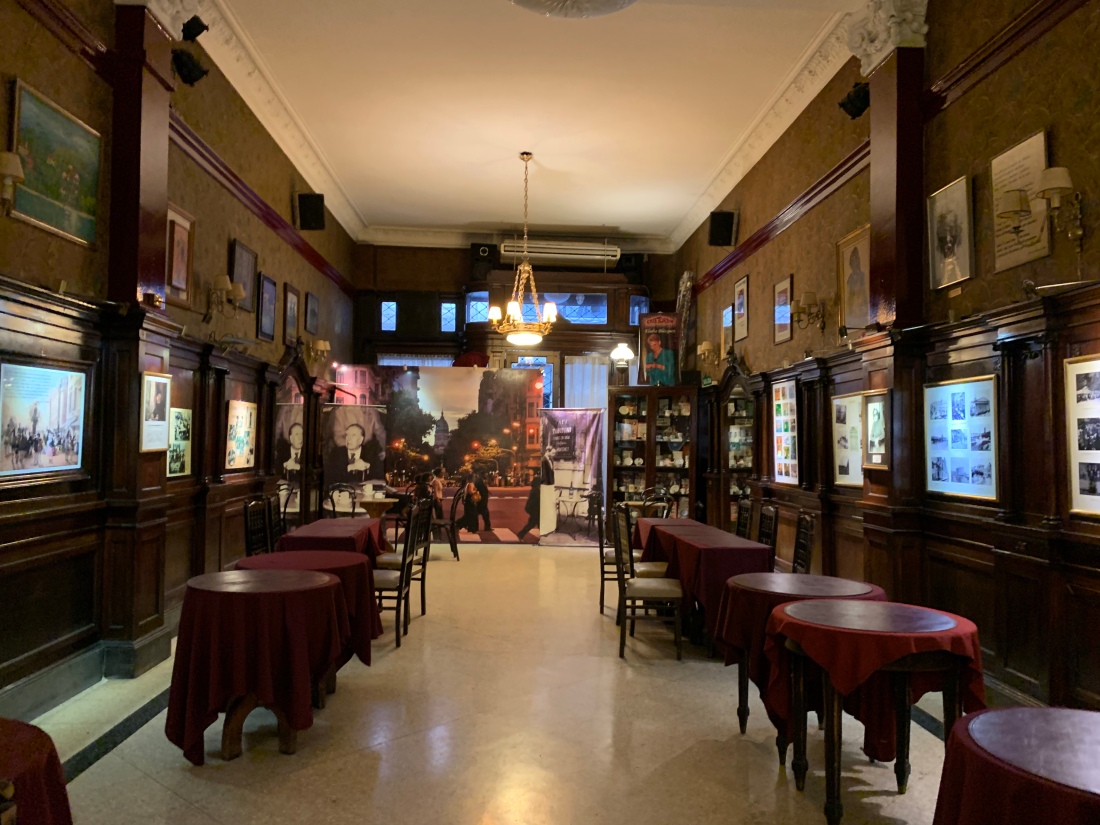 But back to the restaurant. I chose toasted pita bread with ham and cheese.

Washed down with a pint of Quilmes.

I’m the one in the tan jacket.

Rose is the pretty one !

Next was a little walk around a supermarket. This is always on my list ! 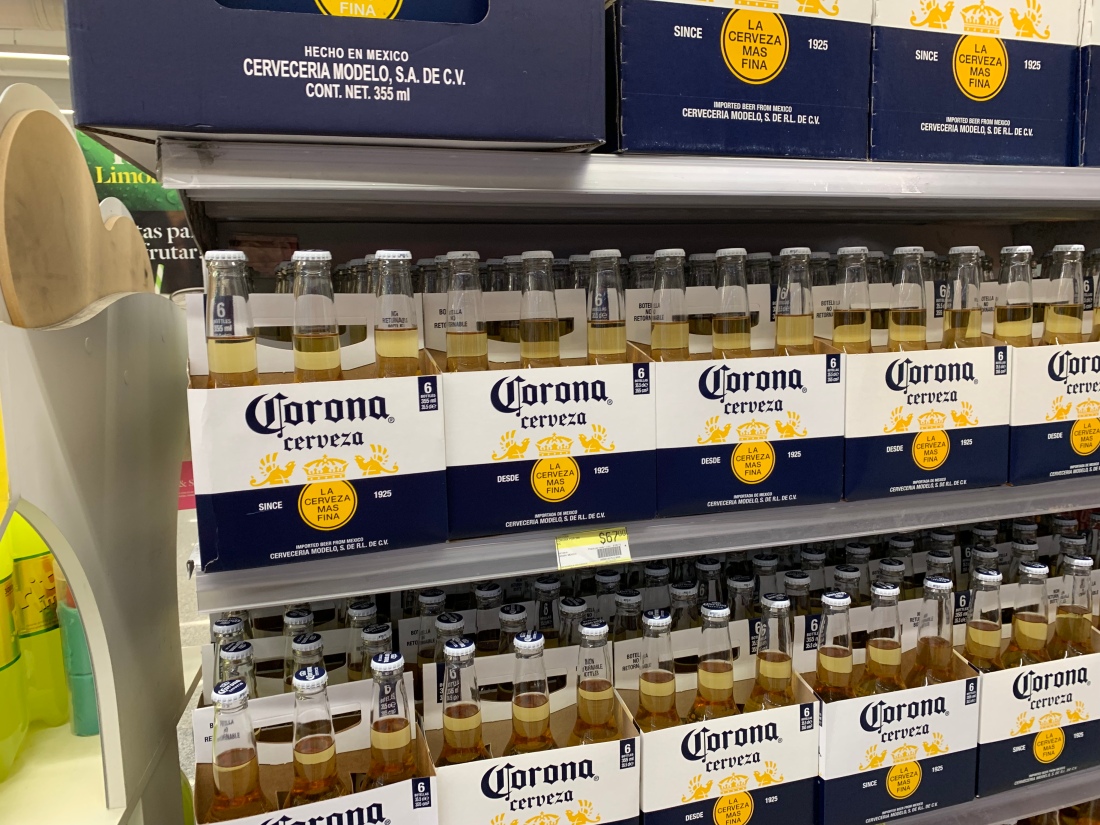 Next on my list (and Rose’s for that matter) was a night of tango. Watching it, not doing it. Bad foot and all that!

I researched online but didn’t find anything that convinced me I should book so in the end we asked Ignur, the hotel’s Concierge. La Ventana she said. So we asked her to book for us . She did. And we went. It was fantastic.

A really, really good mojito . Nearly as good as when in Cuba. Or when Ernie (he of Carlo & Ernie’s Runway Bar fame – now that should get me a free drink. Or three !) makes one.

Considering the number of people to serve it wasn’t a bad menu. 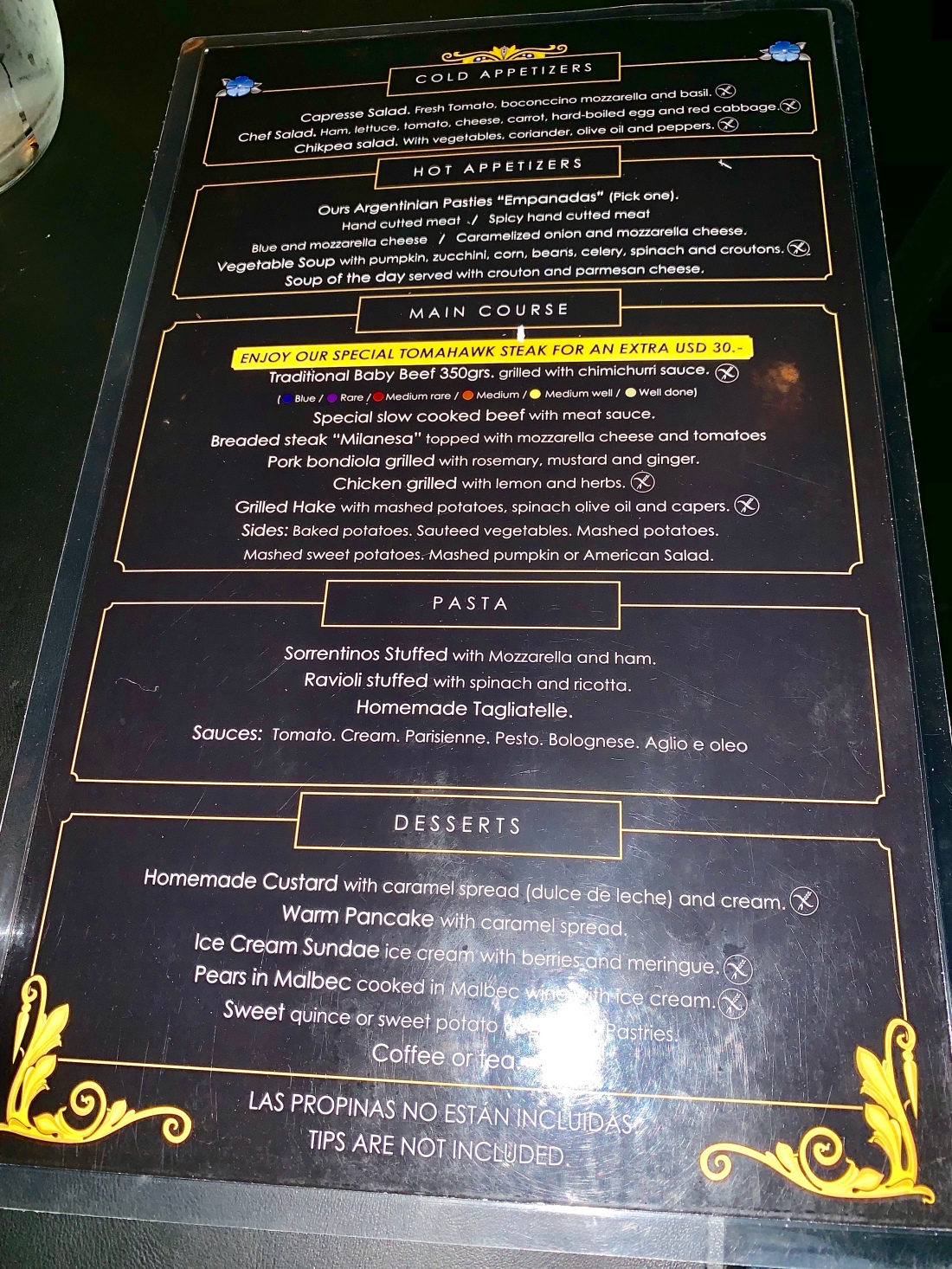 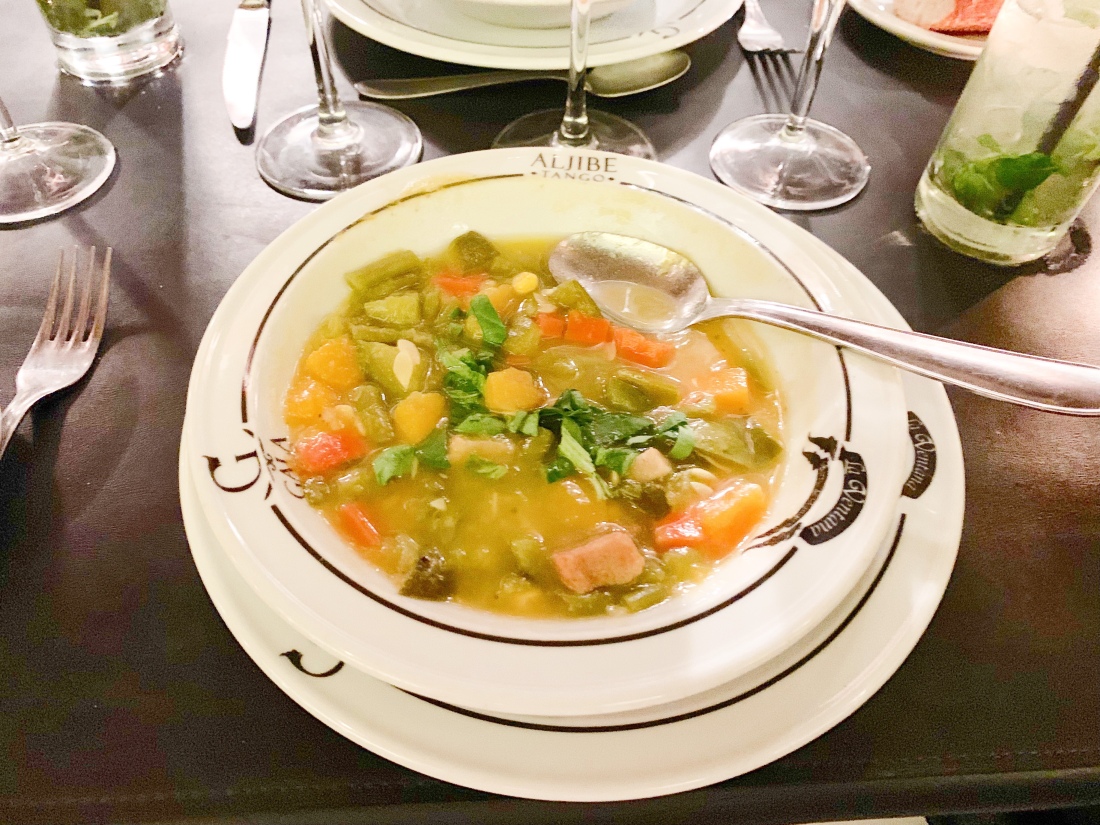 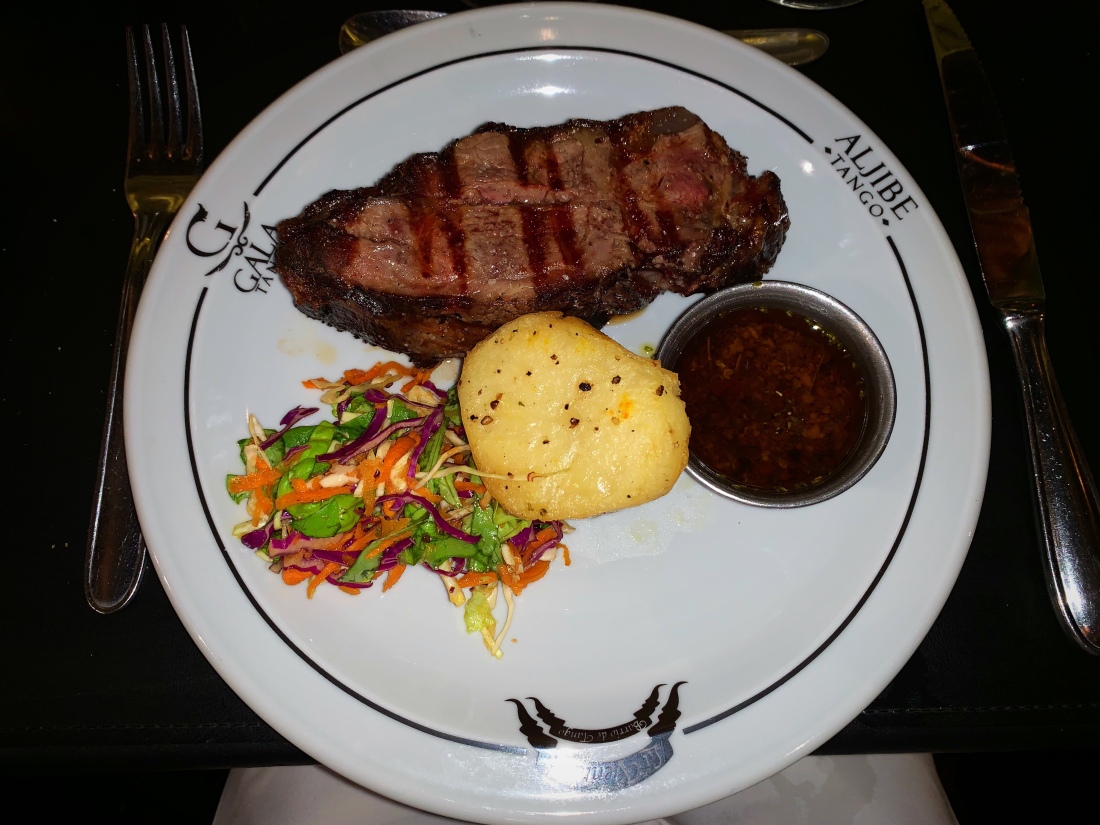 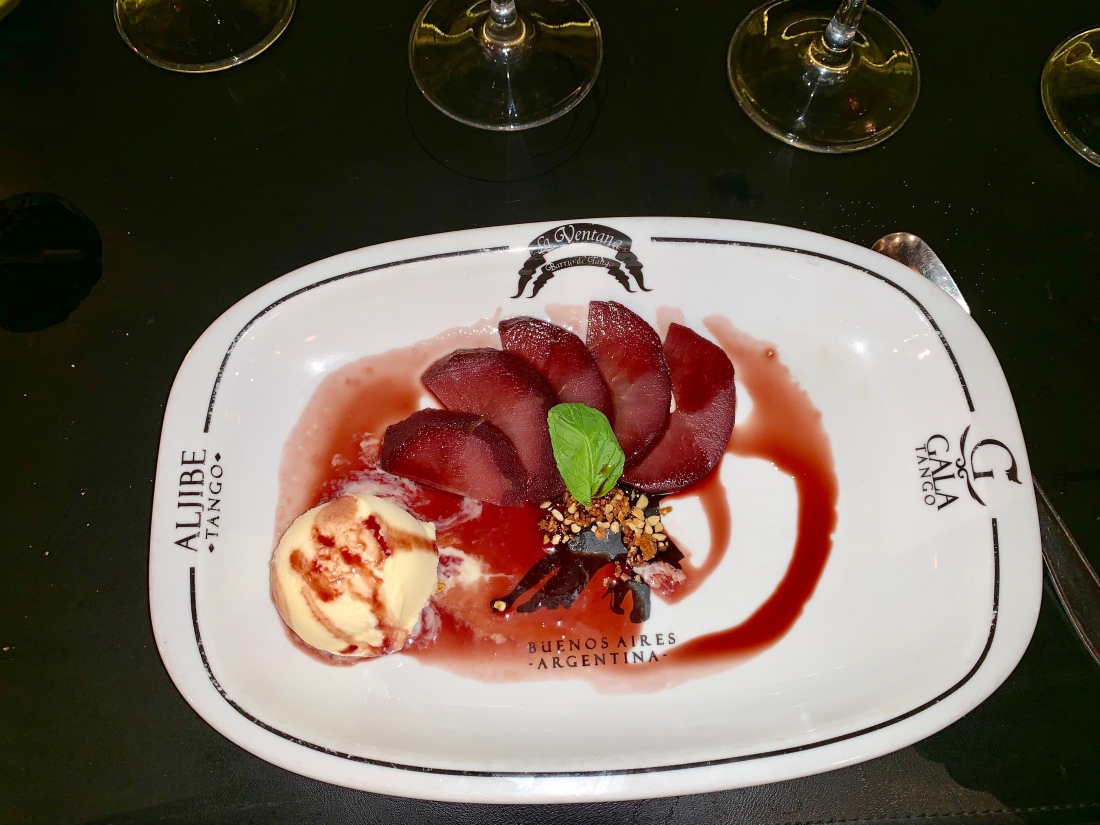 And to ‘”wash it down” a half bottle of wine each.

before the show began . 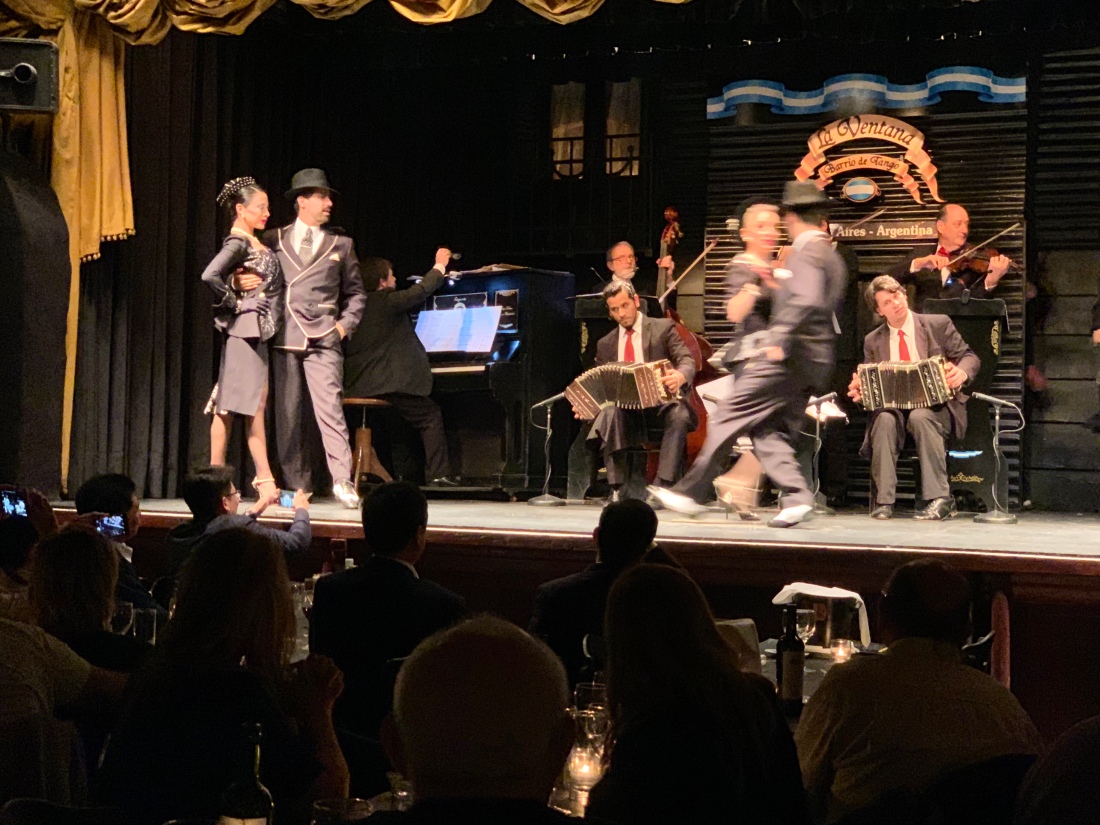 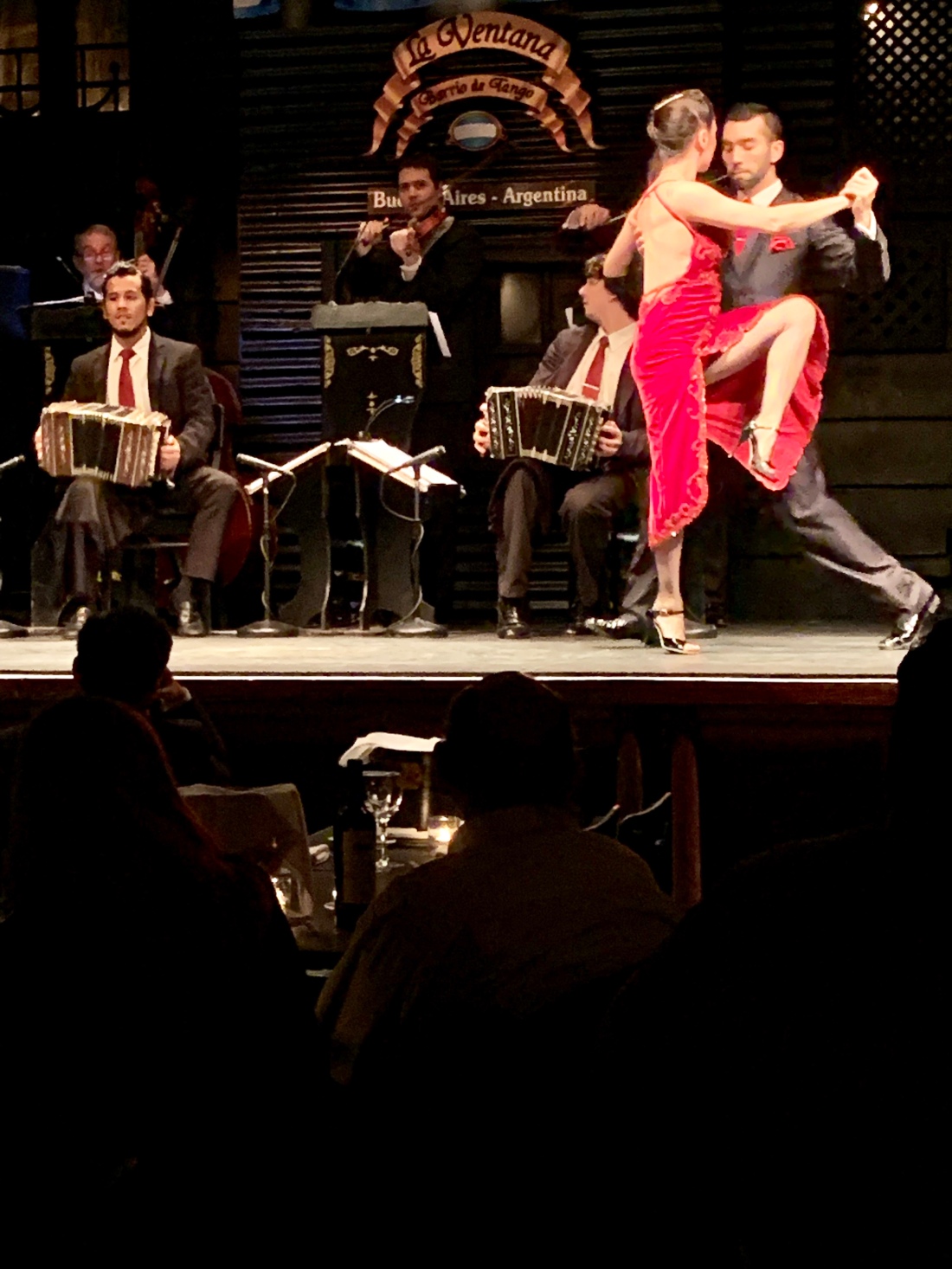 A really entertaining show and at US$ 100 each it is great value .

The headline for this edition, the penultimate one in this series , is based on the single released in 2002 by Toby Keith which reached number 1 on US Hot Country Songs and Number 26 on the US Billboard Hot 100.

One thought on ““My List” in Buenos Aries, Argentina.”