Rose had only been back from our trip to London for four weeks when we were heading off again. Being retired can be so tiring !

This time we were making a return visit to Nicaragua. Granada, Nicaragua to be precise.

For those of you that may be thinking of making the same trip our outbound travel itinerary was :

We have now landed in Managua three times and (hoping I’m not tempting providence) have never had a problem clearing Immigration and Customs. The other good thing when landing there is that you can use the Duty Free outlets before leaving the airport.

Our taxi – pre-arranged with the hotel – was waiting for us as we exited the airport and the driver, Eduardo, identified himself to us by way of an iPad held aloft with our surname on the screen. Cost of the eighty minute journey was US$ 40.

On our last visit we had stayed at the Hotel Plaza Colon and it was very good but for this visit we decided we would try somewhere else and we chose Hotel Real La Merced .

A conveniently located hotel just a few minutes walk away from the park (Parque Central )in the center of the city .

A quick ‘look’ around our hotel. 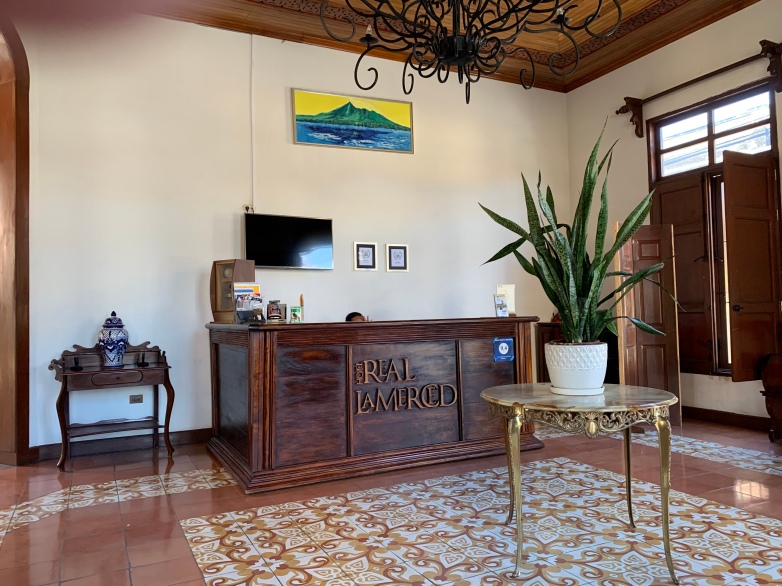 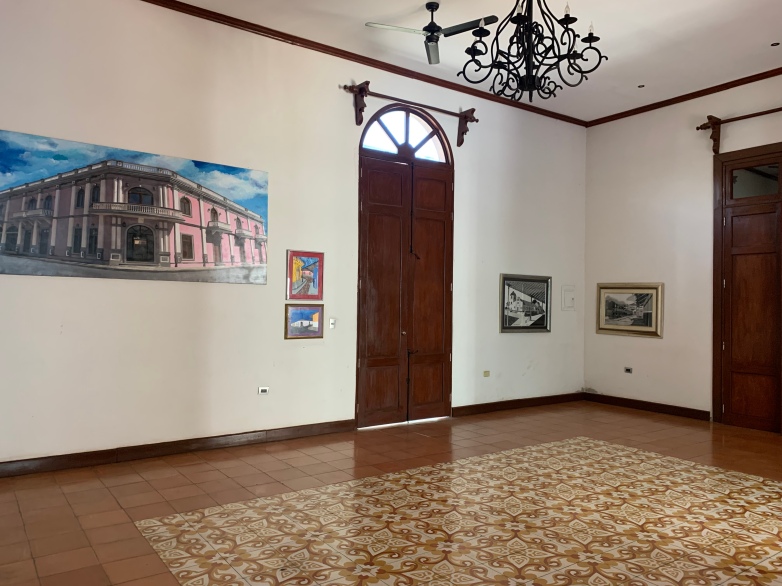 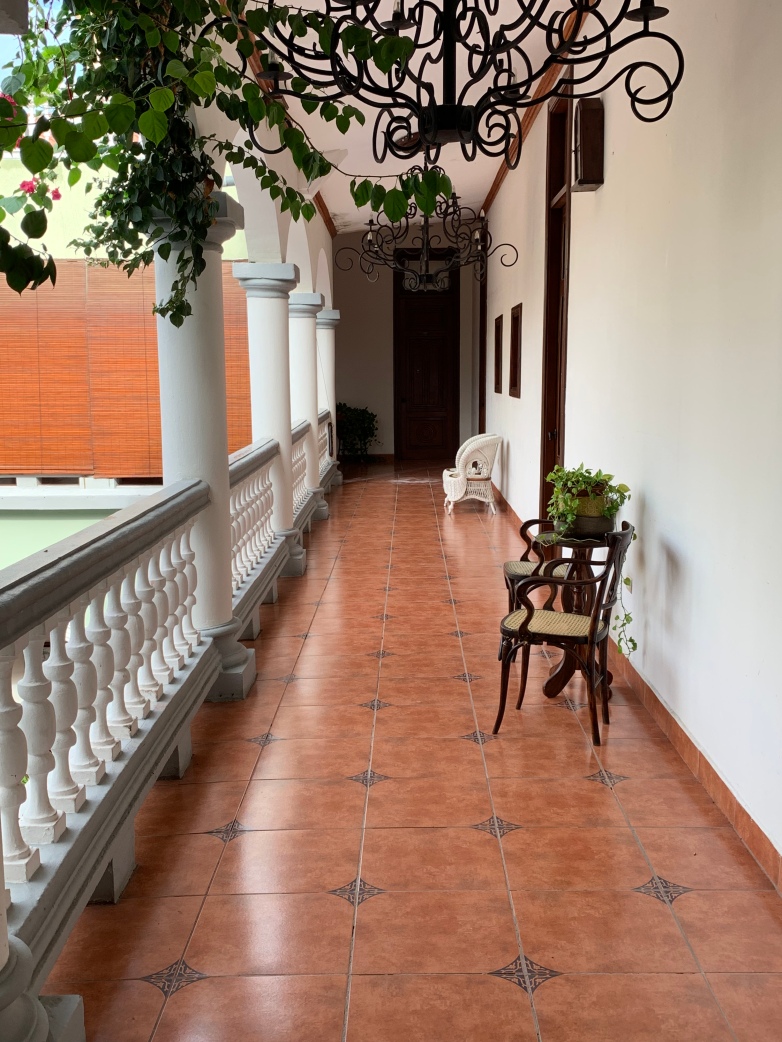 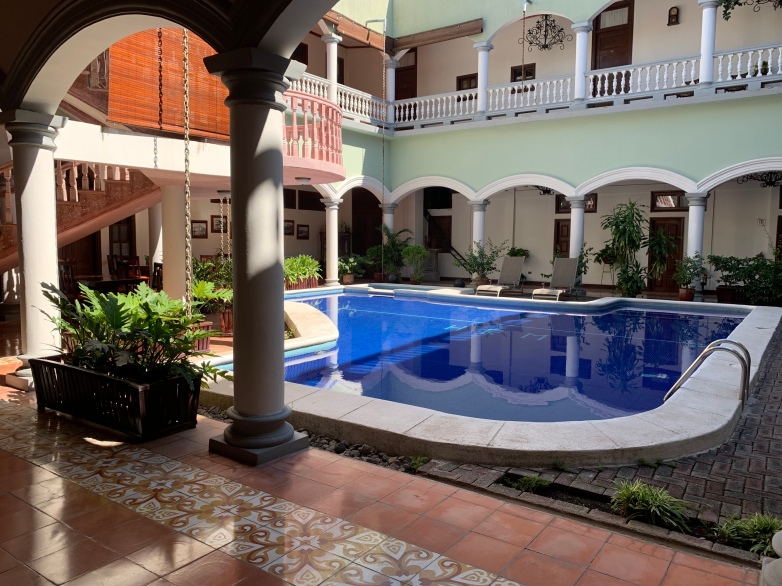 The view from the breakfast area.

It had everything we needed !

During our eleven nights there we roamed the streets, enjoyed the wonderful colonial buildings , ate the food, drank the beer (and Rose drank the wine too ) and enjoyed time with the very friendly people.

The famous life size representation of a horse carriage on the main access road to Granada. 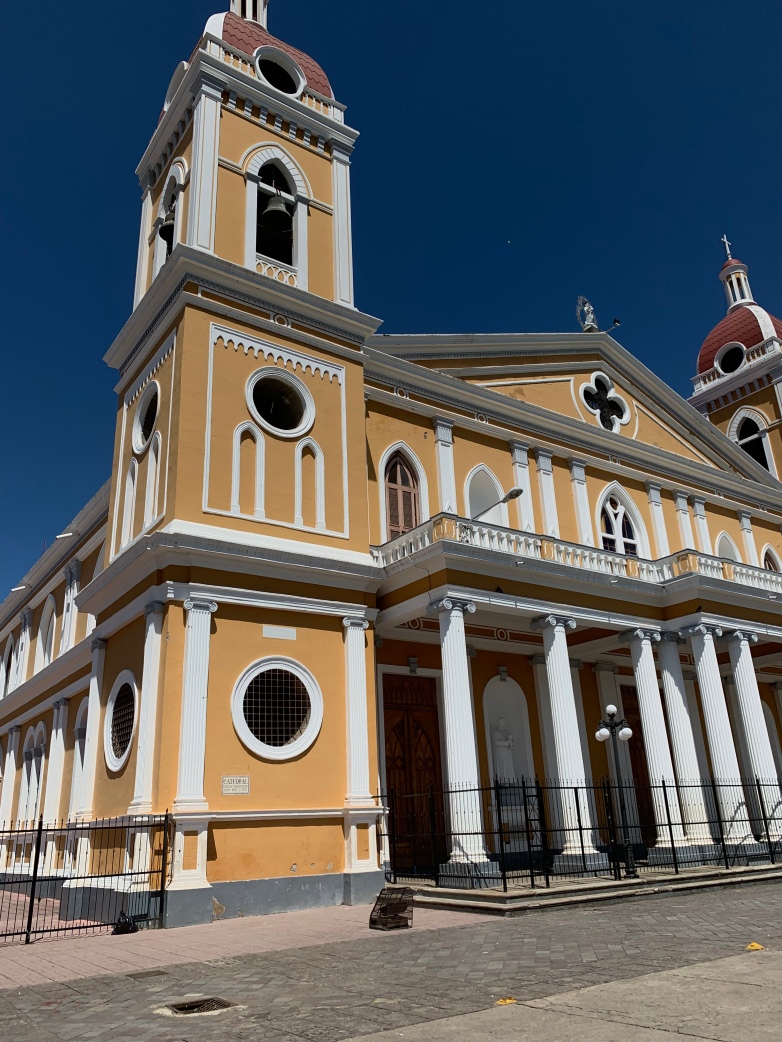 Our Lady of the Assumption Cathedral 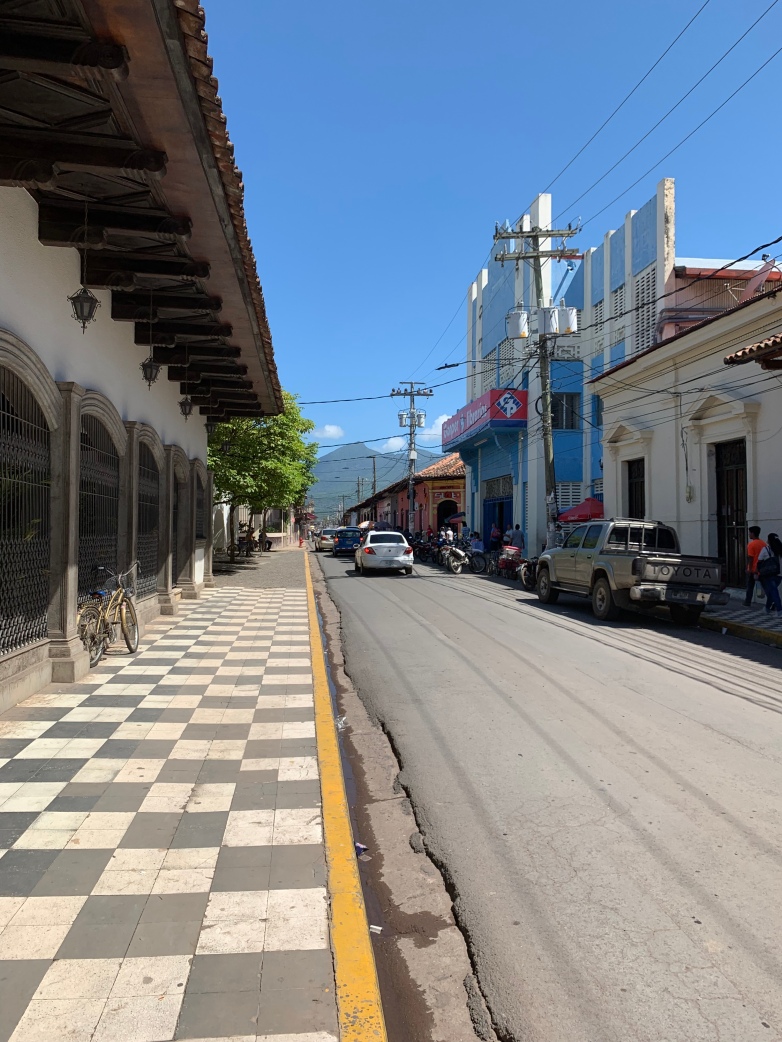 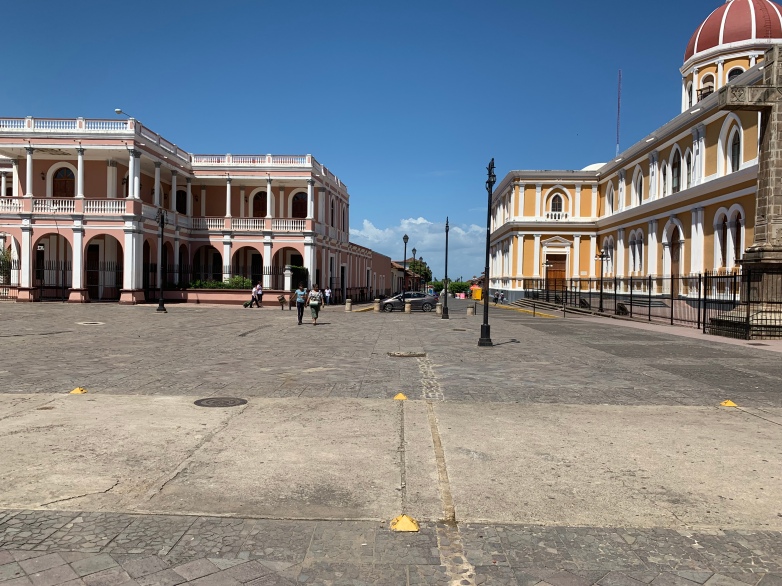 Not dramatically different to the one in San Pedro, Ambergris Caye.

Granada, Nicaragua, a nice friendly place that, once you get there, is relatively inexpensive.

And shrimp pasta for around US$ 6 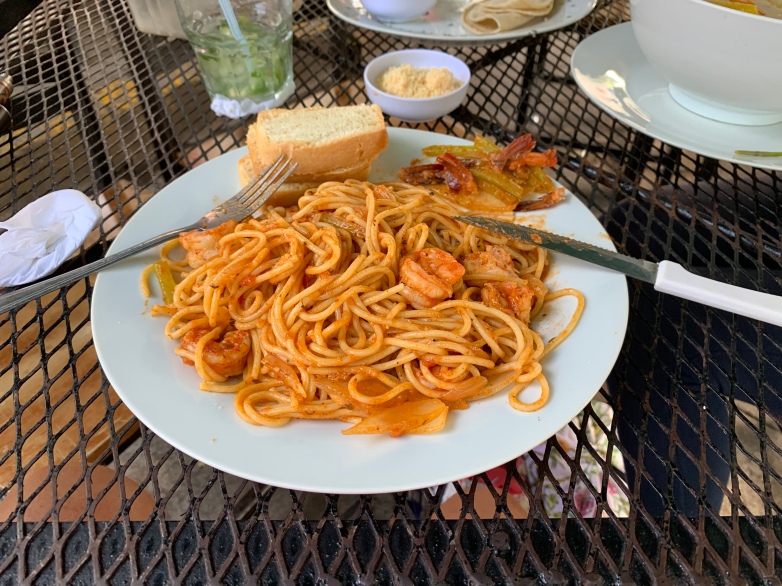 Topped off with a couple of beers. 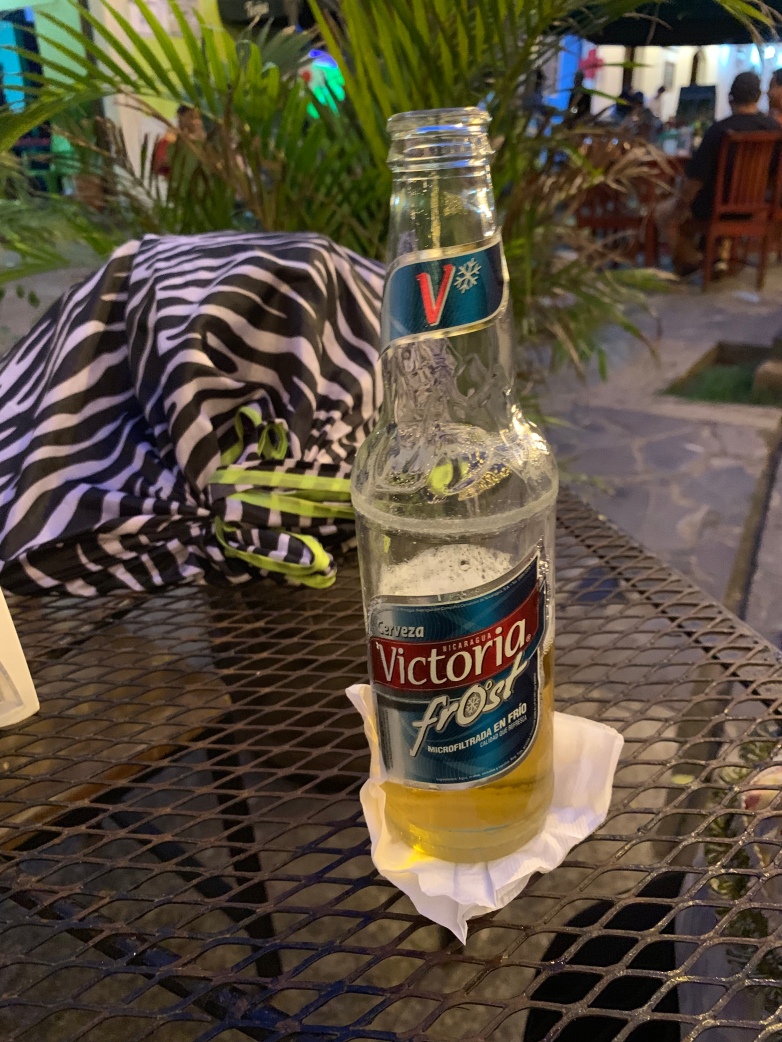 a bottle of Victoria Frost, a Nicaraguan beer, at just under US$ 1.

It – like here in Belize – was the rainy season when we were there so we got to use the brollies.

We also, unfortunately, got to watch Arsenal’s hugely embarrassing defeat to Chelsea in the Europa League Final and Liverpool triumph over Tottenham Hotspur in the Champions League Final.

At half-time we got ready for the second half with 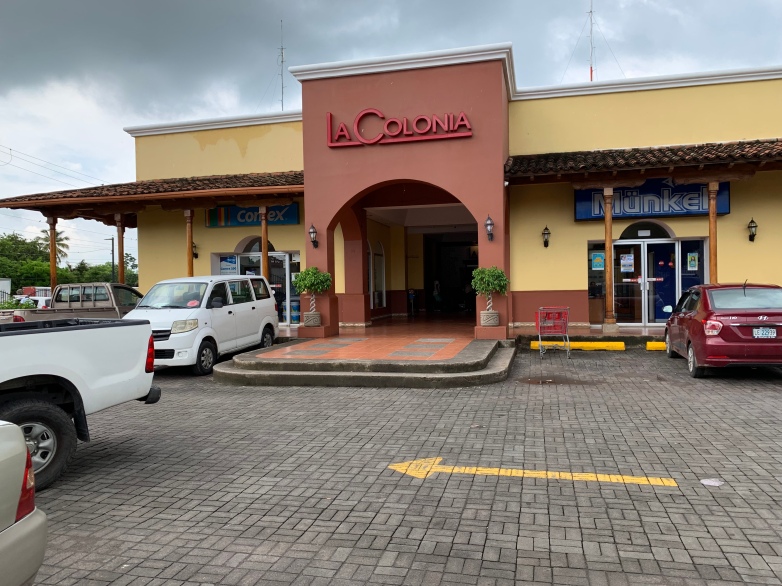 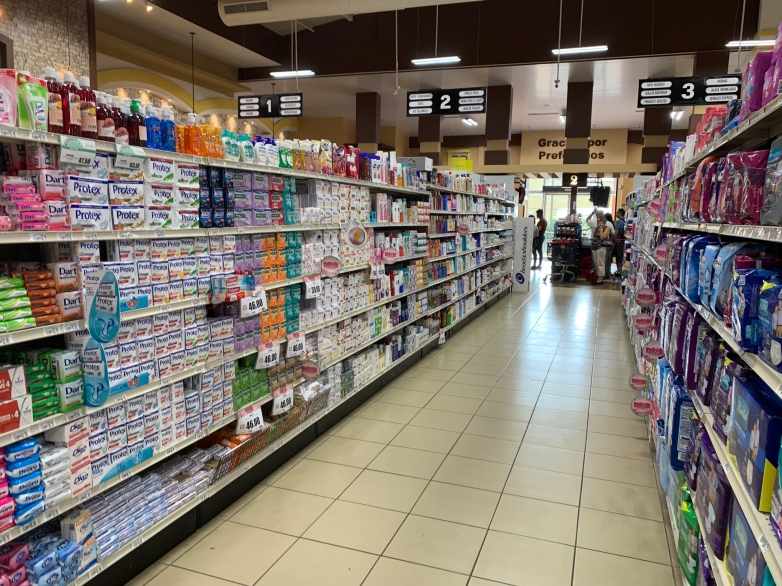 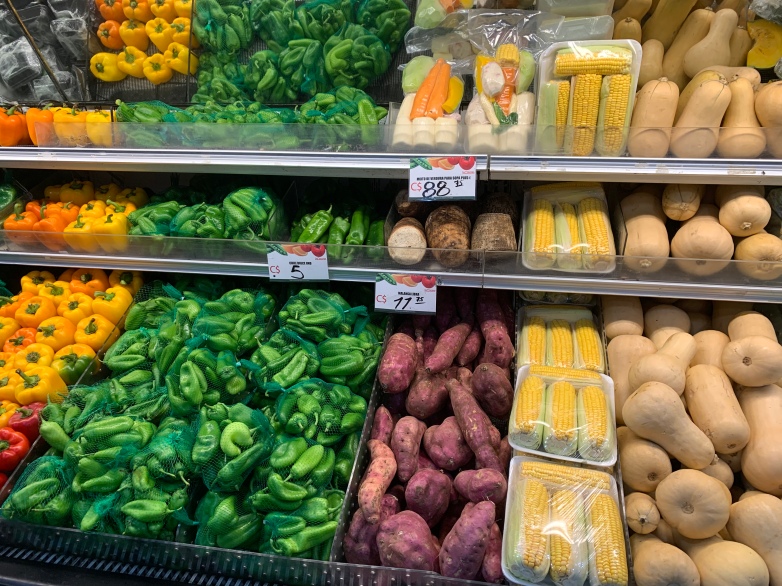 The exchange rate is around 33 Córdoba to 1US$ so you can do some price comparisons!

Before we knew it our time was up, time to go . But not before our photo shoot together. 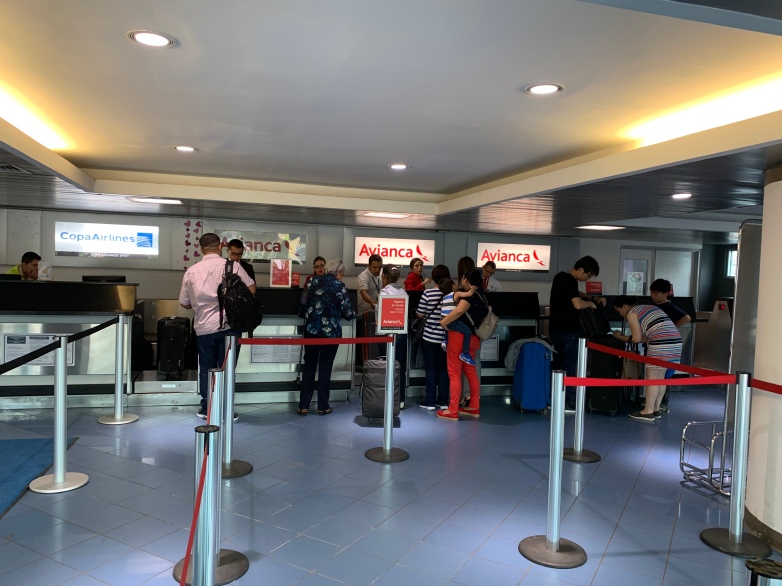 as was the flight to El Salvador but then our Avianca curse ( 2 years ago our scheduled plane from Managua was cancelled and we had to spend an unplanned night in a hotel ) struck.

Everyone had boarded the plane when the announcement was made ” Will all passengers exit the plane “. Apparently the full roster of crew had not appeared for work.

So we found a comfy spot in the airport until an announcement was made. But it never was.

They were looking for us though and they came to take us to the departure gate.

We caught the plane ! Until the next holiday .

The headline for this edition is based upon the album released by D Mob in 1989 and reached number 82 on the US Billboard Hot 200 and number 42 on the UK Albums Chart.