One of the most pleasing things for Rose and I since relocating to Ambergris Caye are the friendships we have made. Many of them with Belizeans.

Some of these friendships started to form when we visited (usually twice a year) from our (then) home in the UK for holidays. Amongst those embryonic friendships were the relationships we began with Carlo and Ernie (they of Carlo & Ernie’s Runway Bar fame) when they both worked at BC’s.

Since moving here the friendships we already had have strengthened and we have made new ones. And, unless you are a recluse, the friendly nature of Belizeans (amongst the friendliest I have witnessed on our travels over the years) have made it nigh on impossible not to.

One of the real joys for us is to be included when events are organised to celebrate special occasions and the latest of these was yesterday when Rose and I were invited to join Alma and Carlo on a day trip to Mahahual to celebrate their wedding anniversary.

Obviously the day held significant importance for Alma and Carlo but it had some significance for us too. Why? Well Rose and I were invited to their wedding 8 years ago but I worked for a living back then and was in the middle of a major project and just couldn’t take the time off for a holiday.

We were told to be at the old Sunset Grill (on the lagoon side quite close to the water taxi terminal) at 06.30 hours. A bit early? Not for me! I was up and out on the veranda (the western, lagoon facing one) with a mug of coffee (instant, black and unsweetened) and my iPad by 04.00 hours. I just have to have my ‘me time’ no matter what.

Rose and I set off from home just after 06.00 hours and arrived at the ‘meeting place’ (or so we thought) around 06.15 hours. Nice and early! And we sat there waiting for eveyone to turn up. But nobody did. Time to make a ‘phone call. “Damn”, I’d forgotten to pack the ‘phone again. In my previous life ( that’s when I used to work) I didn’t go anywhere (and I mean ANYWHERE) without a ‘phone. Now? I hardly go anywhere with one. How times change!

Only one thing to do. Drive to Carlo’s house. He’s always late for these kind of things so there was a very strong possibility that he hadn’t left home. And he hadn’t. He was walking in the street. He’d been headed to tell us (not being able to get us on the ‘phone) of the change in meeting venue. We were now going to depart from the the Hurricane’s Ceviche Bar dock but some of the group were at the ‘Runway Bar. So that’s where Rose and I headed.

I just managed to finish my second mug of coffee for the day before the anniversary couple arrived and we on our boat, Miss Belize, and on our way by 07.00 hours. Only 30 minutes after schedule. Pretty good by Belizean standards. In fact you could say we were early! 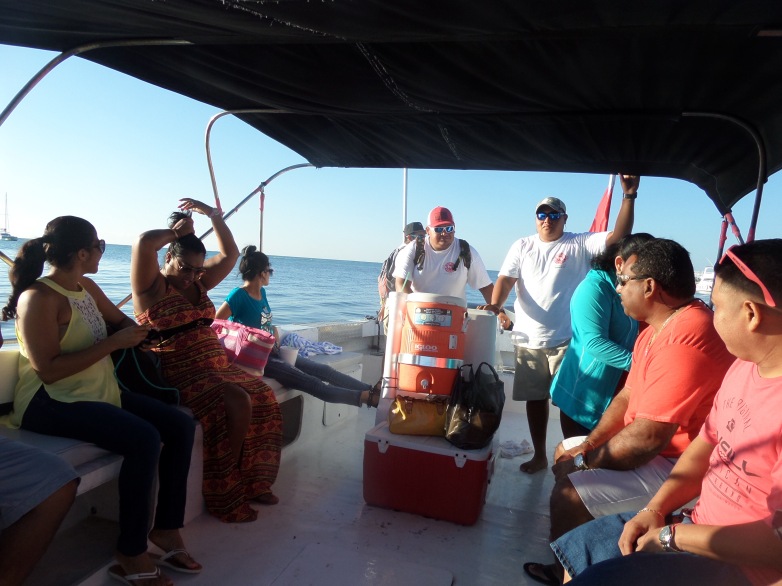 Captain Rolando (‘Rayo’) , ably assisted by Modesto, getting us on our way as we headed north.

I think – but I don’t know – that Rose was assuring Celi and Rick that you can still get 2 Belize dollars for 1 US dollar. 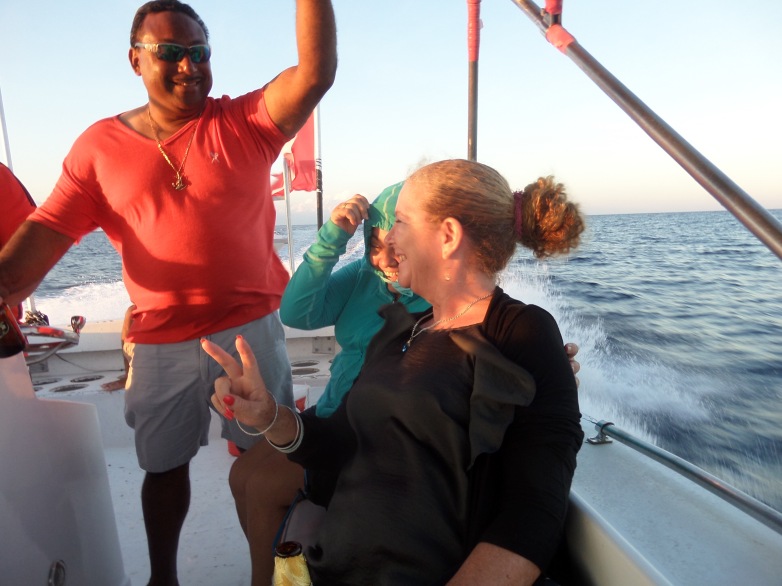 A bit of what we saw on the way there. 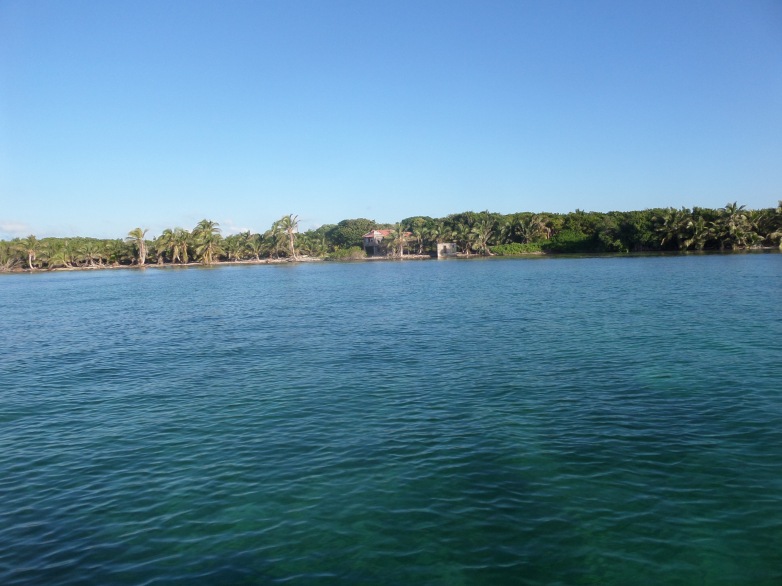 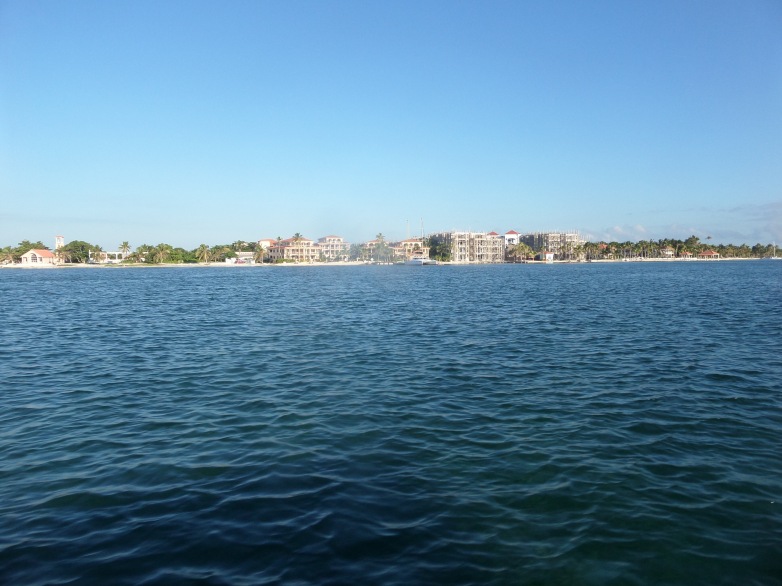 And then we were in Mexican waters. Time for Captain ‘Rayo’ to put on his Mexican shirt 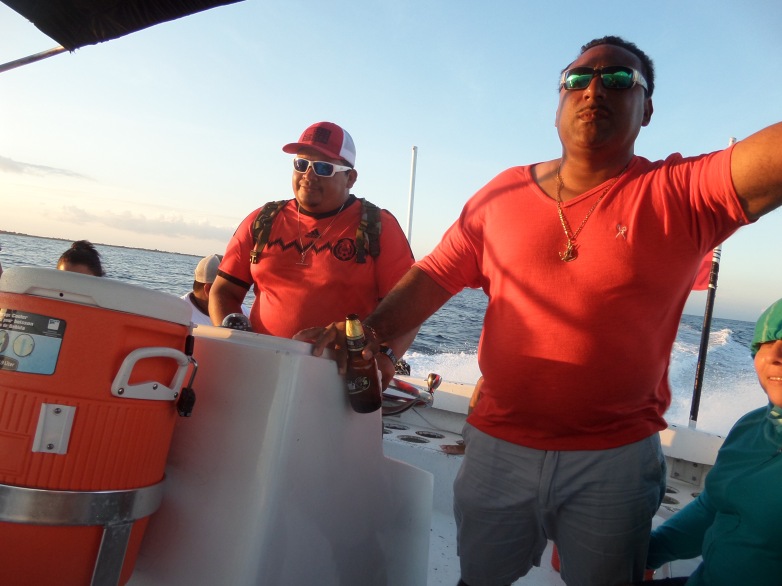 and for the rest of us to grab hold of a life jacket. Not too sure if this was because the ‘Sea was a bit choppy or to appease the Mexican coast guard (or to be precise, the Armada de Mexico). 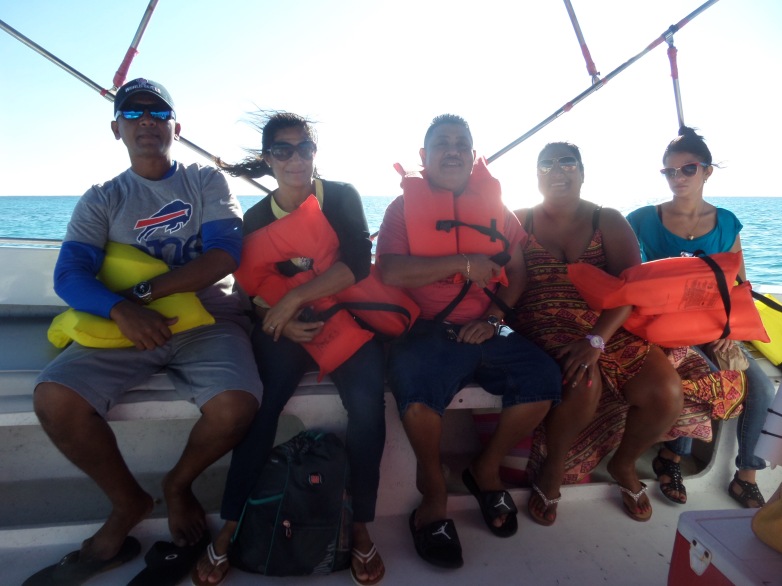 Either way within minutes we could see the coastline of Xcalak. 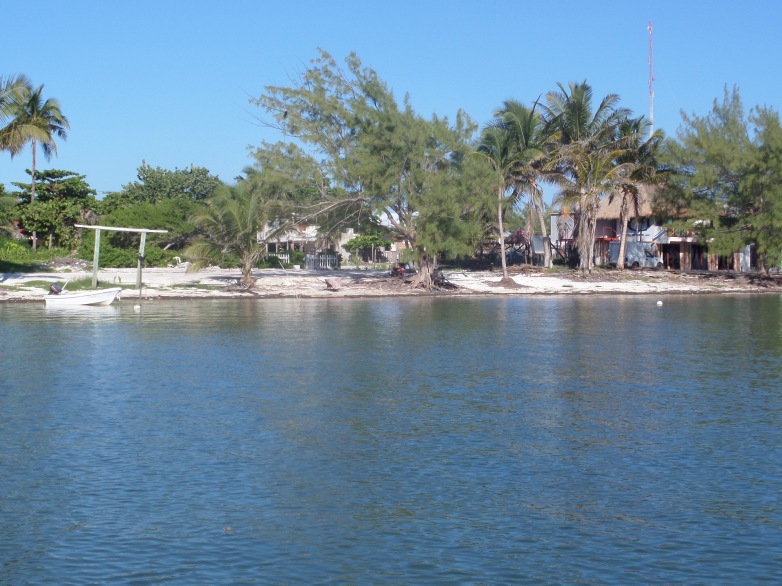 We waded to shore 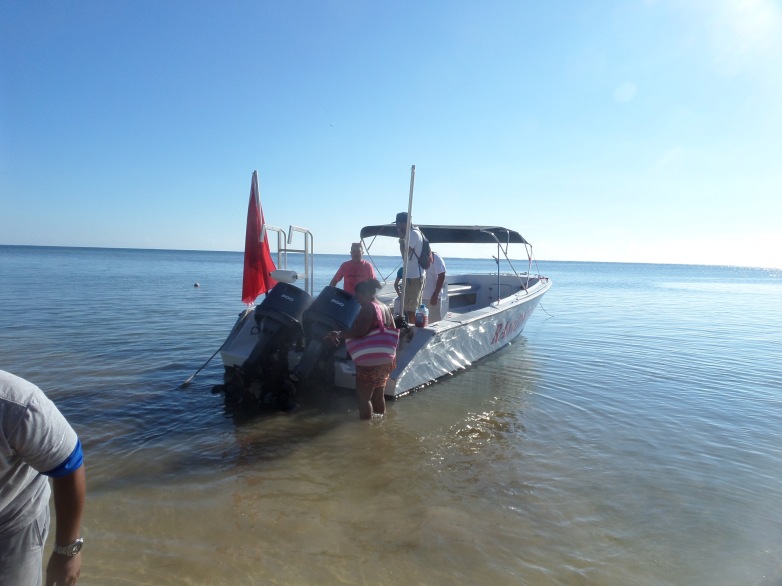 and then Rick, ‘Rayo’, Modesto and Chris secured the boat.

Ernie and Carlo found the ideal spot to park their butts while we waited for our transport to Mahahual . 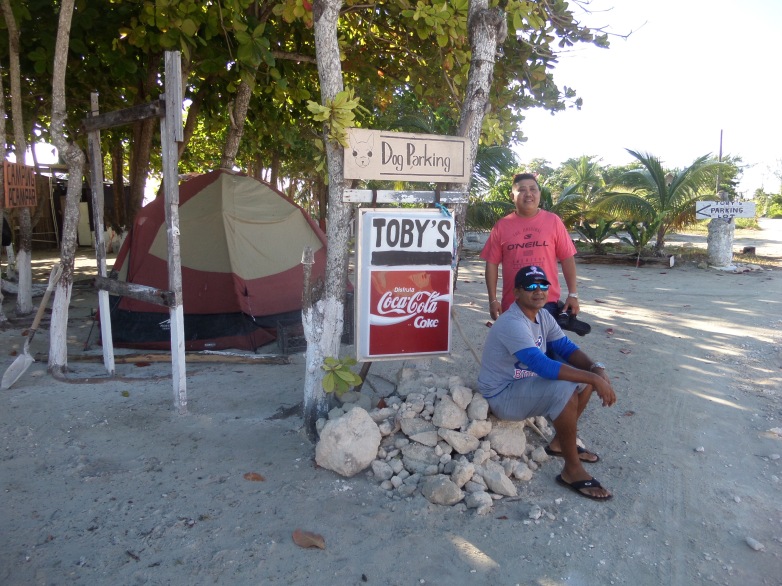 One hour later and we on the beach, sitting under umbrellas and enjoying the views. 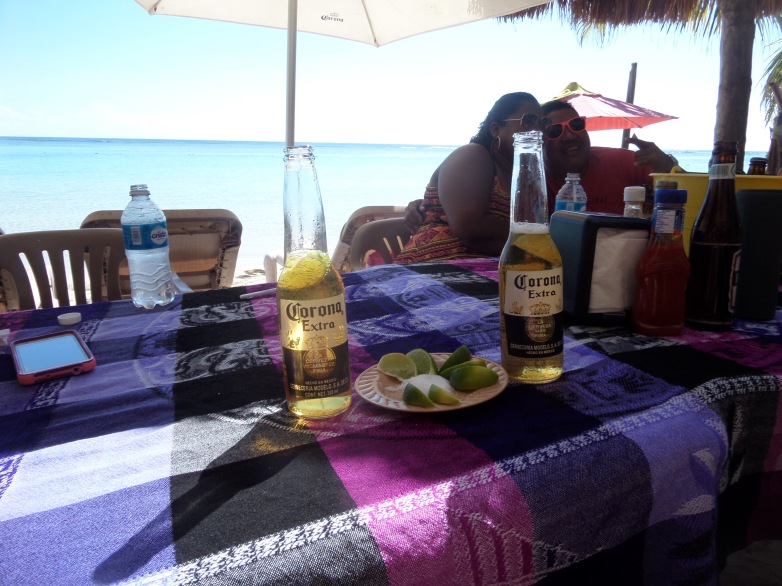 Will you just look at that view!

And then some food. 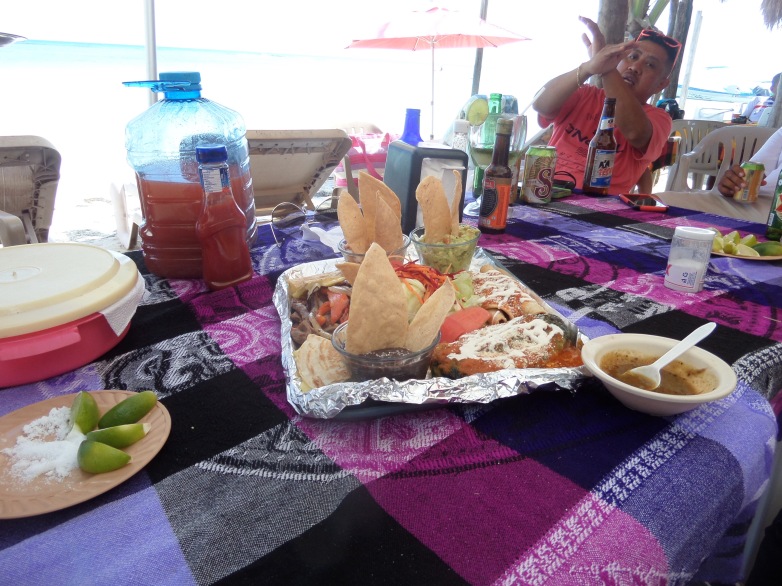 Not too sure what Ernie is doing. Looks like something out of Karate Kid.

And then time for some photographs. 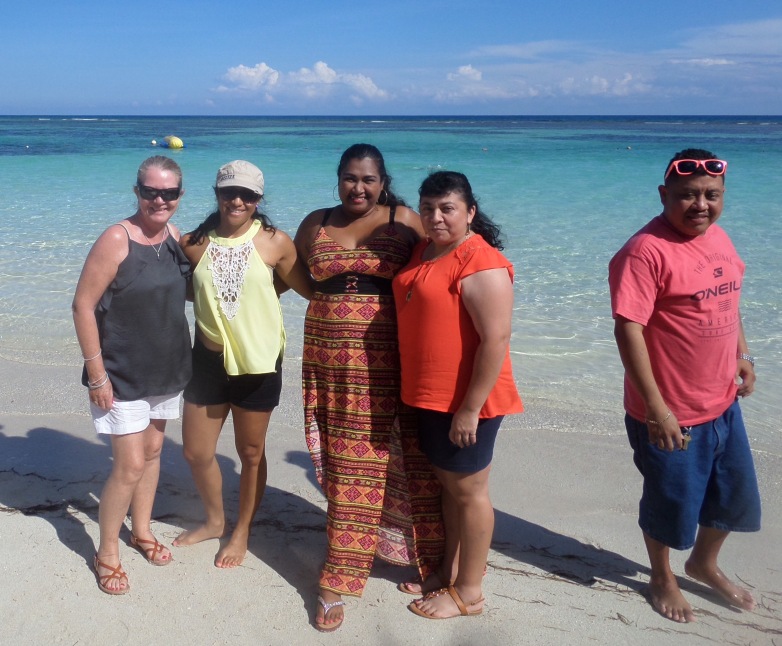 Have you noticed how Ernie appears to want to be in every photo. 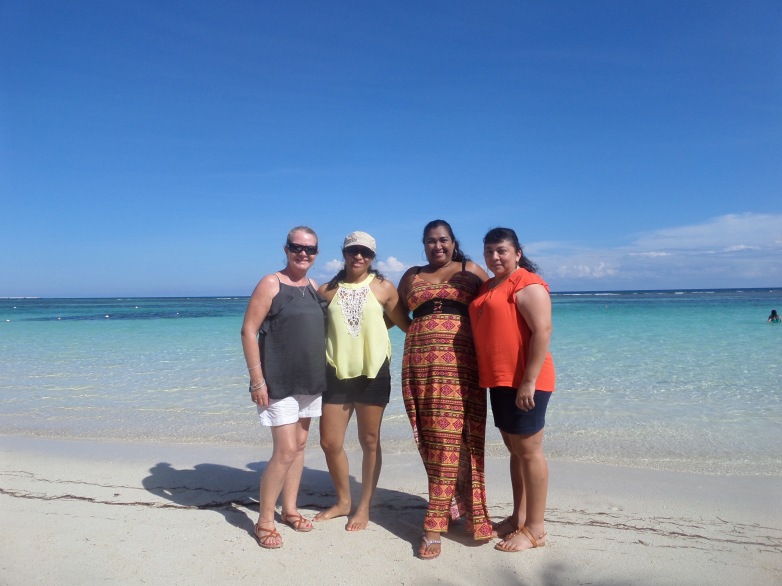 Told him there was a beer on the table for him. That got him to move! 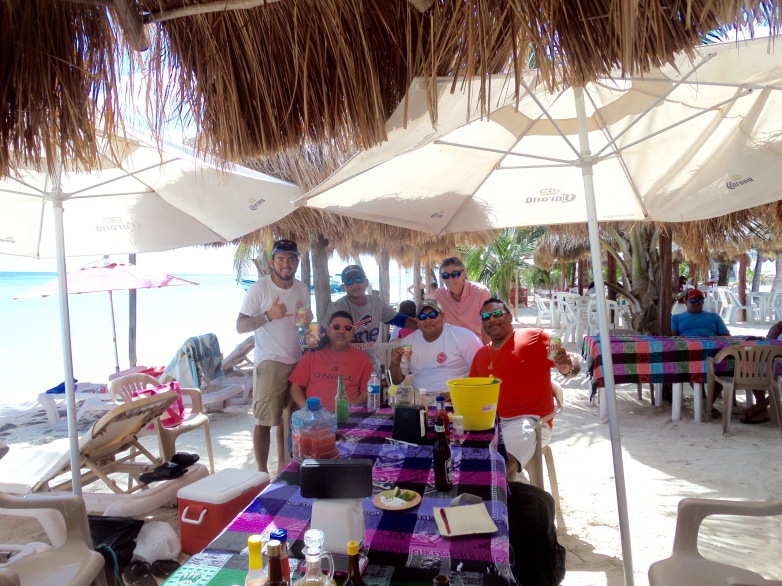 ‘Rayo’ was taking a nap. He wanted to be fresh for the journey home. 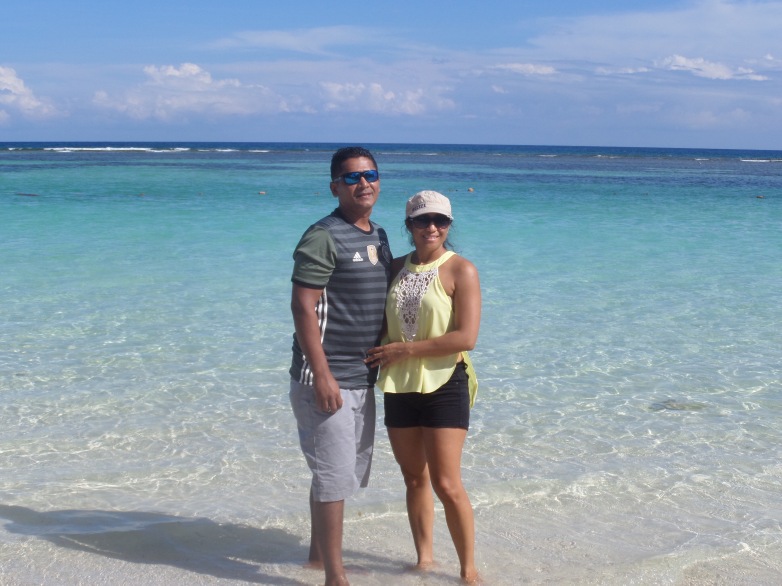 Happy anniversary to a great couple, Alma and Carlo.

But Ernie wouldn’t be outdone. 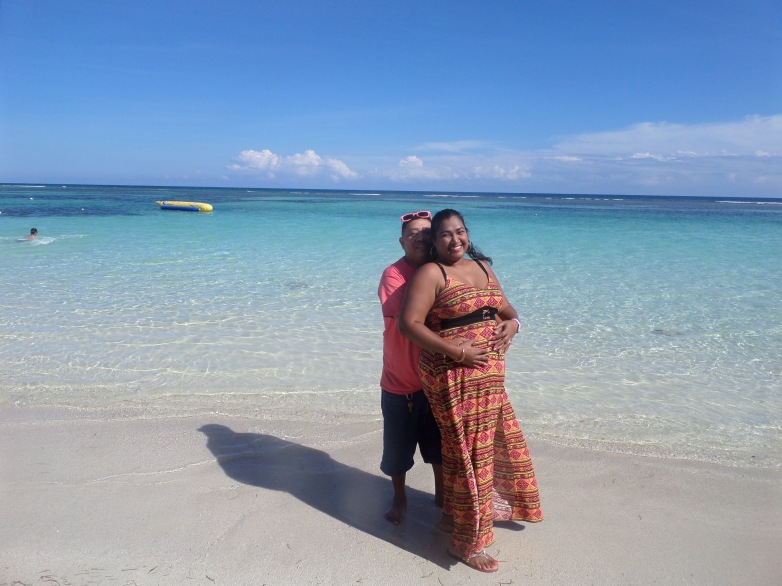 My success of the day was to get a very shy Lillian to have her photo taken. 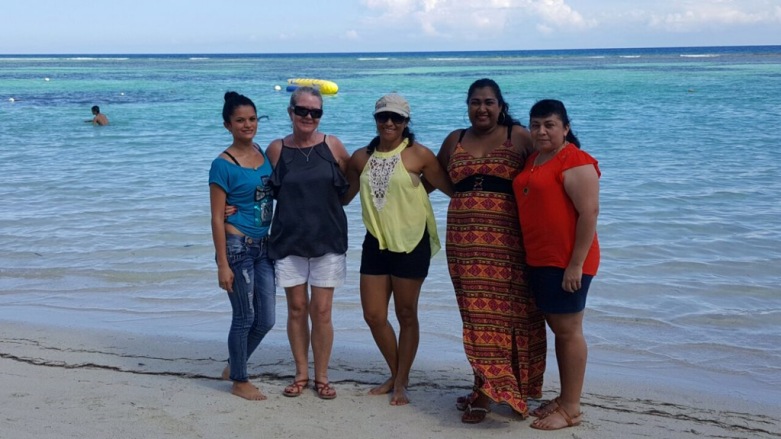 Just time for Sherryl to have a swim 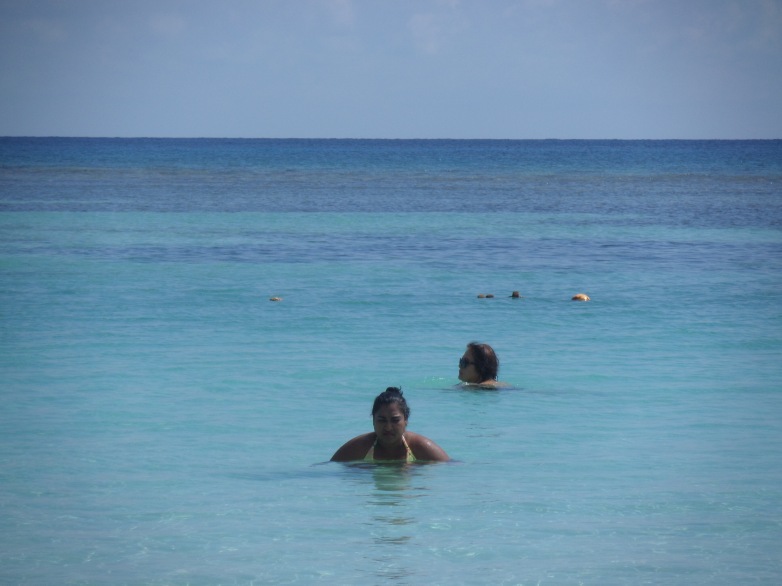 before heading back to the boat.

We did have time though to stop on the way 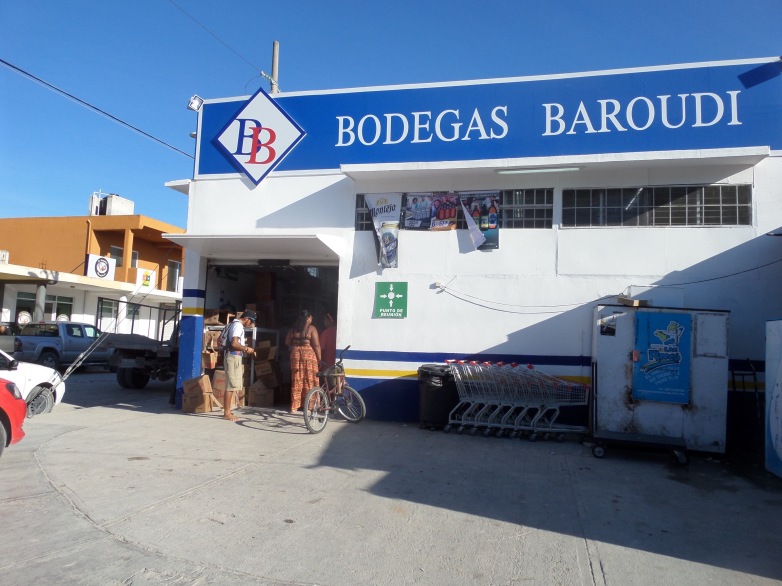 to get a few  (Mexican) beers for the journey home. 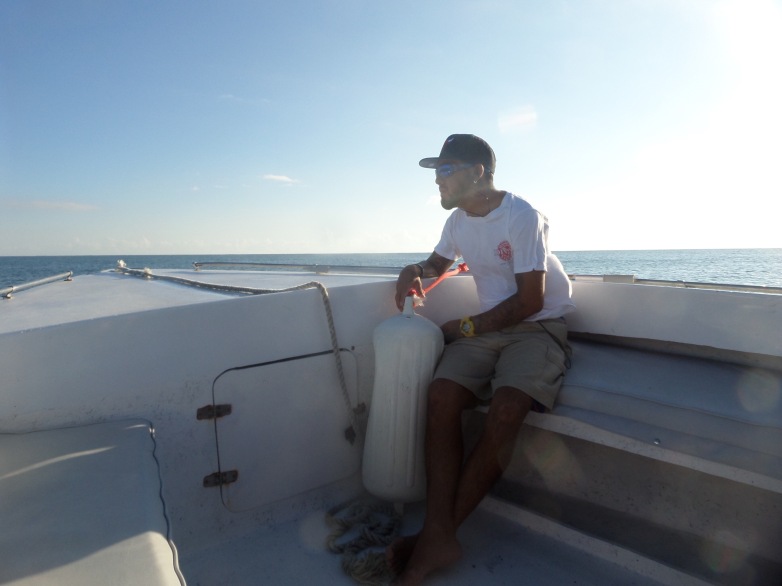 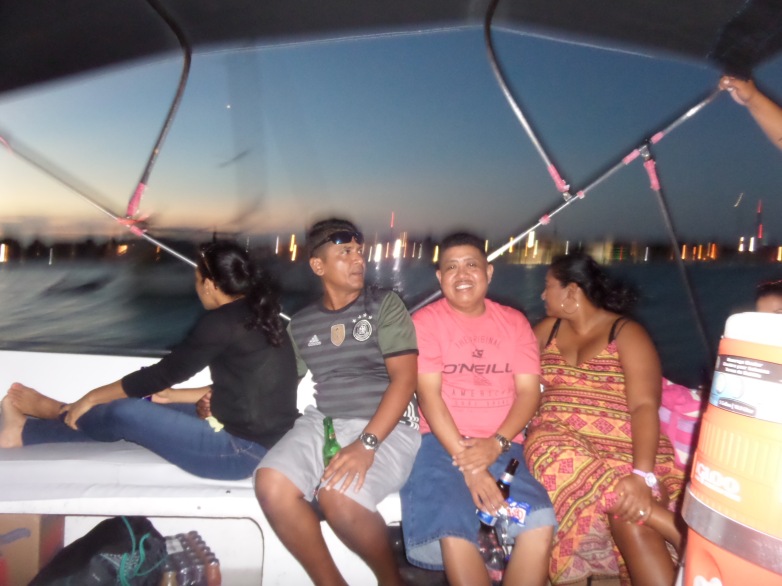 Carlo and Ernie trying out those Mexican beers for size. They look like a good fit, don’t they! 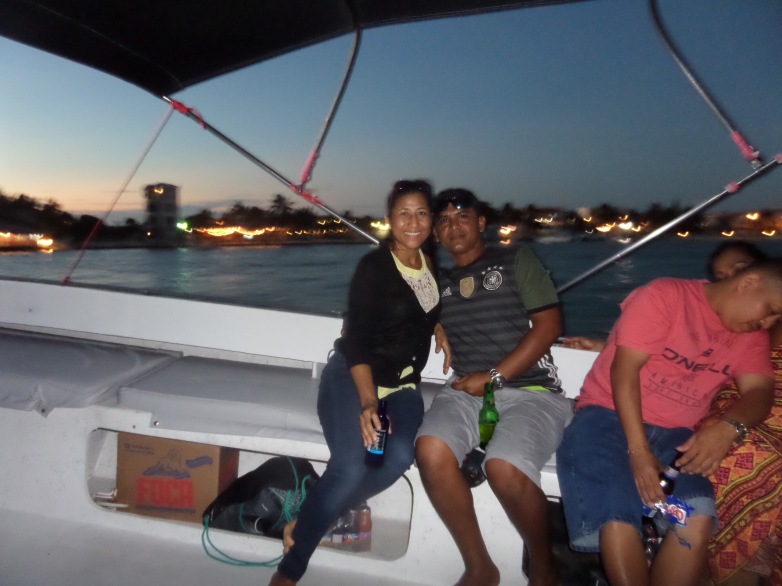 A very happy looking Alma and Carlo and a tired and emotional Ernie.
And then it was time to disembark as Chris brought us safely in to shore. 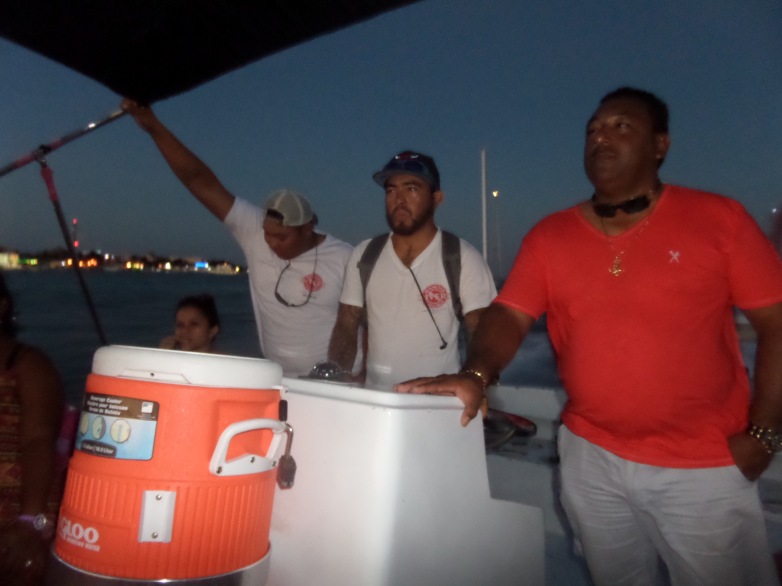 Happy anniversary Alma and Carlo. And thanks for letting us be part of your special day.

The headline for this edition is based on the single released in 1978 by the Little River Band which reached number 16 on the Hot 100 Billboard chart.