A few weeks ago I was sitting out on the veranda, the western, lagoon facing veranda if you are at all interested, with a mug of coffee (instant, black and unsweetened) early in the morning (it was probably around 04.45 hours) playing around with the iPad. But there was probably more pondering going on than playing around with the iPad. I think it’s more than likely because I’m becoming quite adept at this pondering malarkey.

What do I find to ponder about so much, you’re likely thinking (or maybe not, maybe you just don’t care!). Well on this occasion my state of ponder was important. Very, very important. “What do you get for the girl (well you describe her as a ‘girl’ to start with) who has got everything (well, she does have me!) for her birthday ?”.

Now I love Ambergris Caye but it’s not a hotbed for the type of retail outlet that I was looking to buy presents from. What to do, what to do. That was the big question I pondered over. And then inspiration hit me. “Go where the shops are!”

But where to go? And then inspiration hit me again (I was starting to feel punch drunk with this overdose of inspiration). Take advantage of Tropic Air‘s October special offer on flights to Merida that’s what. So I when I next went to ‘Town (for my early morning breakfast at Estel’s Dine By the Sea (where else!) I popped along to the Tropic Air Reservation Desk and made the booking.

Now where to stay? In the center (Centro) or on the outskirts? I got the iPad out and got Googling with gusto looking at and considering a number of options. And there are a lot of options to consider. But in the end I chose Hotel Marionetas, a small, nine room hotel a ten minute stroll away from the center. Just right. So I booked the King Suite for five nights. I wanted Rose to feel like a queen!

Next up was to arrange Ziggy’s holiday. I mean, we were going to have one, so why not Ziggy too. A visit to Pampered Paws and his accommodation was booked. All set!

On the Tuesday evening we dropped Ziggy off at Pampered Paws. As our Head of Security he , unlike Rose and I, works for a living so  he was going to have a slightly longer holiday than us.

The next morning (for those of you that have not mastered the days of the week this was the Wednesday) Rose and I set off early to catch the 08.00 hours Tropic Air flight to the Philip S.W.Goldson International Airport where we connected with our Tropic Air flight to Merida.

On landing we took at taxi (at the preset price of 200 Pesos – around US$ 5 dollars) to our hotel and after an exceptionally quick check-in were in our accommodation by 13.00 hours.

Stairs to our accommodation. We were definitely going to move on up! 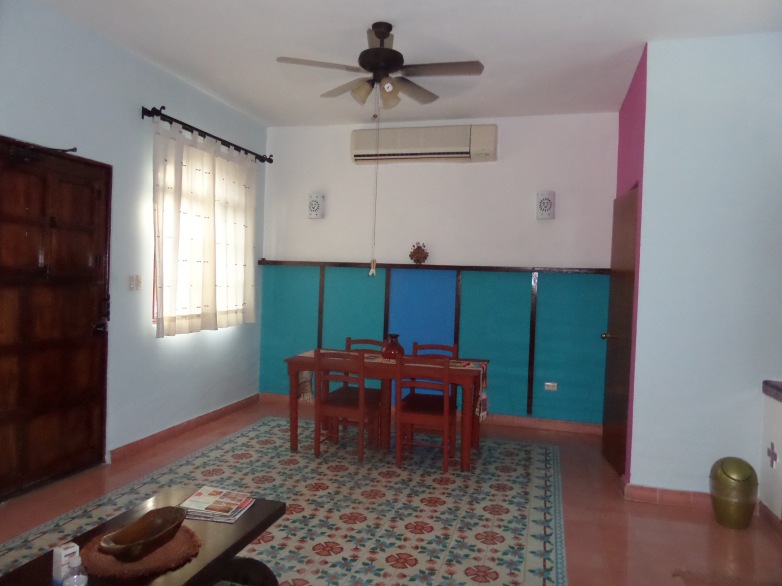 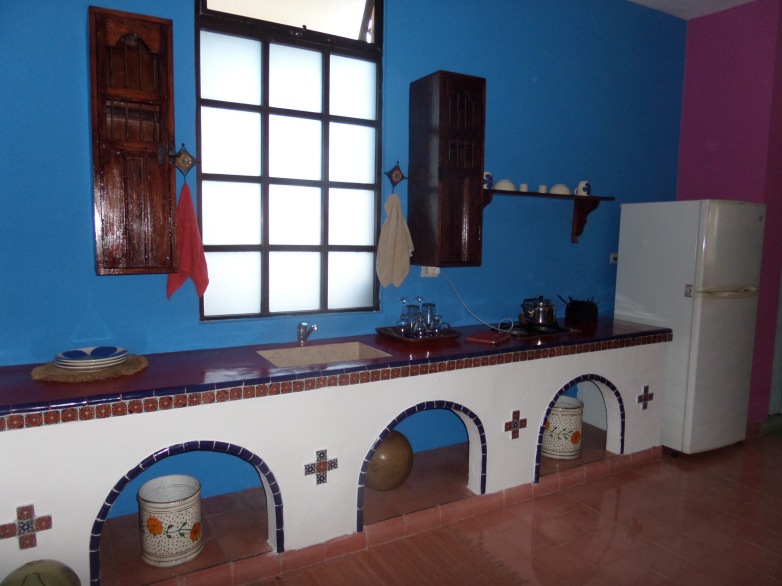 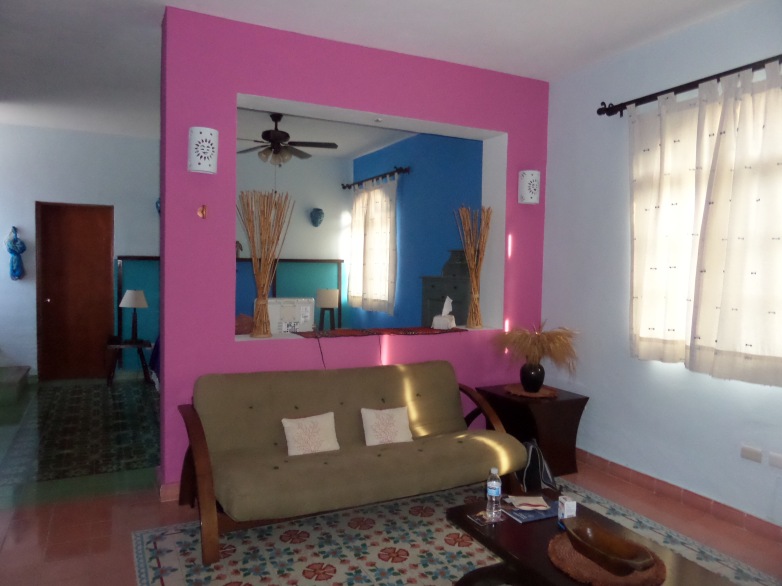 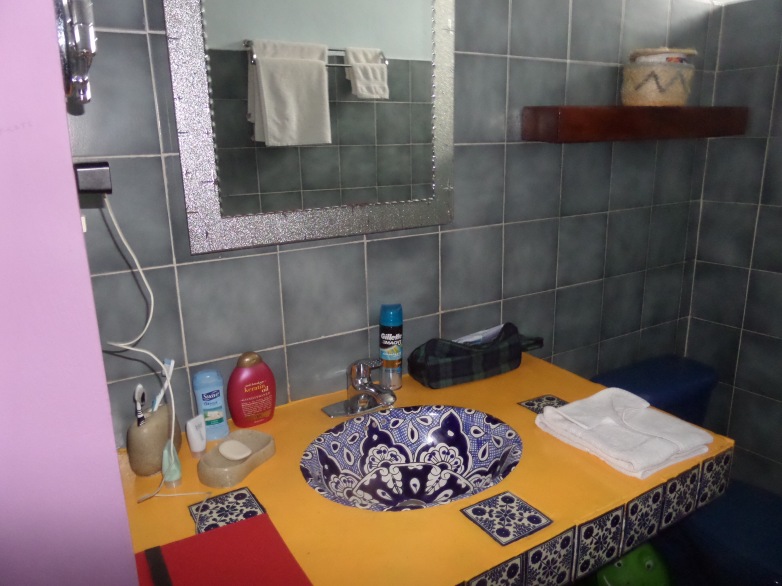 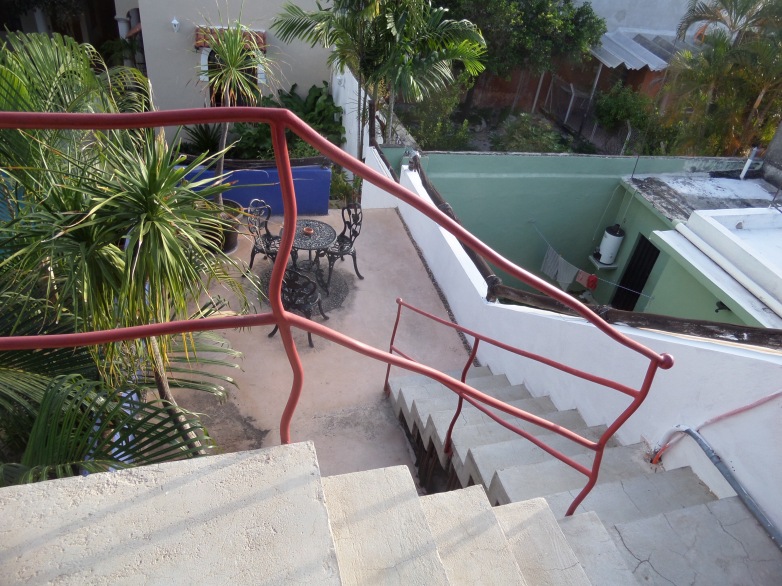 With our own private patio

A quick unpack, a shower and a change of clothes and we were ready to hit the calles (streets for non Spanish speaking readers) for some liquid refreshment and a bite to eat.

The Mexican cuisine would have to wait for a while!

Having visited Merida before we decided that on this trip we were going to give the museums and Mayan ruins a miss. We would, instead, enjoy the sights, sounds, smells and tastes of the city. So it was going to be a lot of walking with the occasional use of a colectivo (travel anywhere on the route for the princely sum of circa US$0.33) or bus (travel the entire route for around US$ 0.44 ) with plenty of ‘refreshment’stops along the way.

We stopped off at Hennessey’ Irish Pub – we’d been told that we just had to – a popular hangout for expats both living in and visiting Merida.

A REAL bit of Ireland in front of a pseudo Irish pub ( if you’ve ever been in a real Irish pub you’ll appreciate why I say this).

It’s a well appointed bar, with an extensive range of liquid refreshment, very attentive staff and a reasonable menu

but … we didn’t go to Merida to sit in a bar full of expats! We went there to eat Mexican food

﻿It may not look the most aestically pleading meal in the world but the tastes and textures were gorgeous.

We took in some local culture 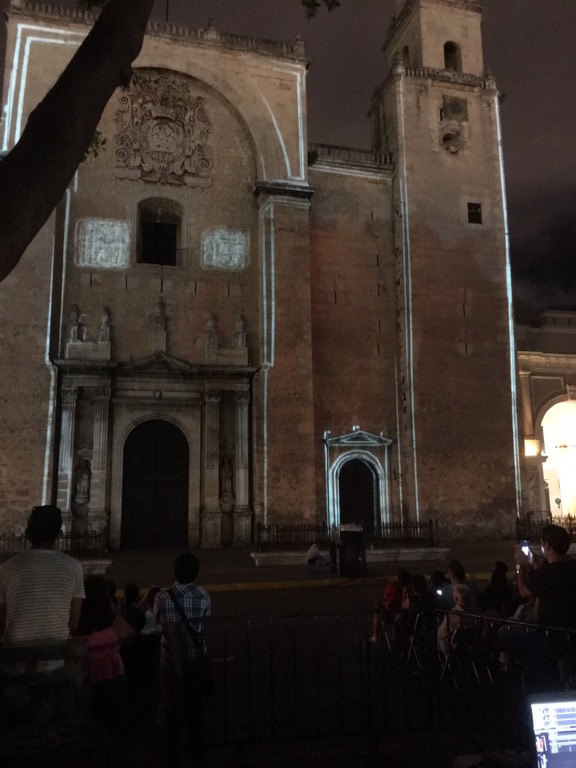 ﻿
as we saw the history of Merida unravel as it was projected on to Merida Cathedral.

We watched Miss Merida as she re-enacted a scene from Mary Poppins. 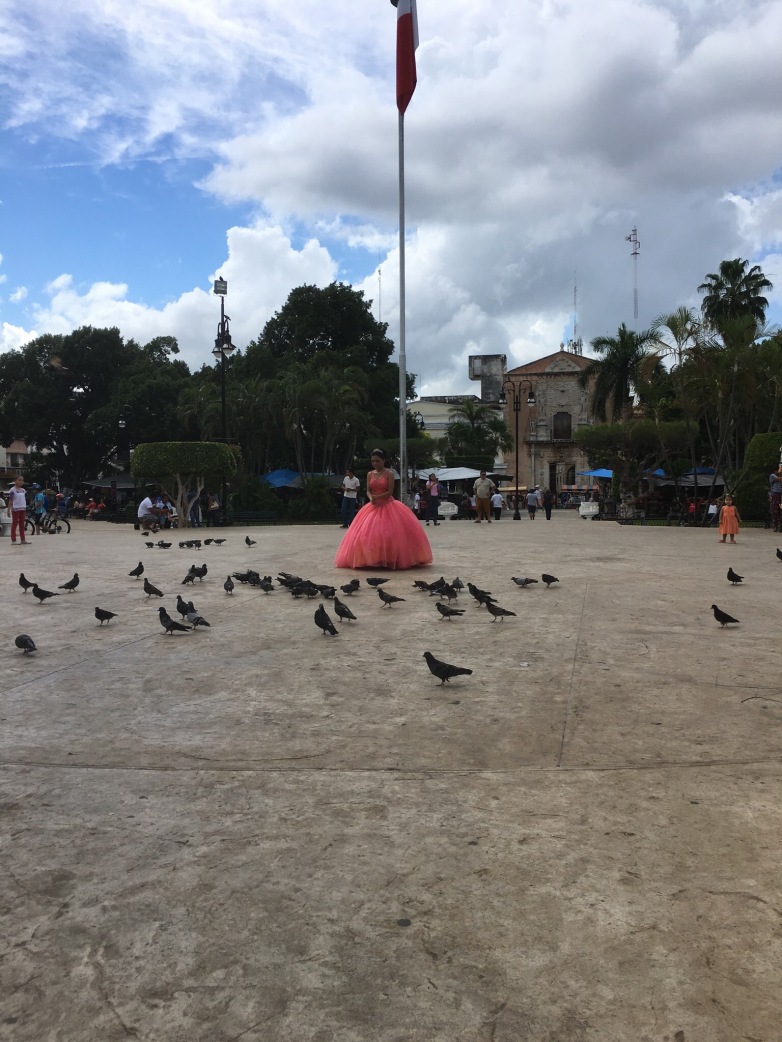 ﻿
We travelled on the local transport.

﻿
And -obviously – we hit the stores. It was Rose’s birthday after all.

﻿
To get some birthday bubbly!

A couple of photos to remember where we went

and what we drank! 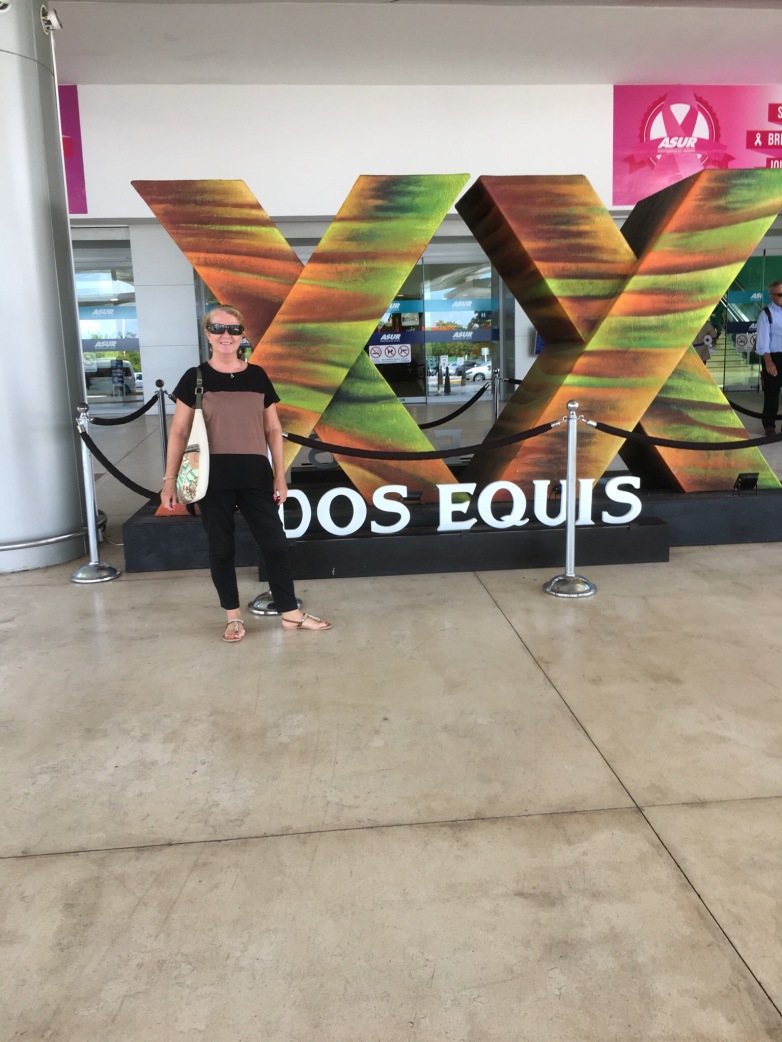 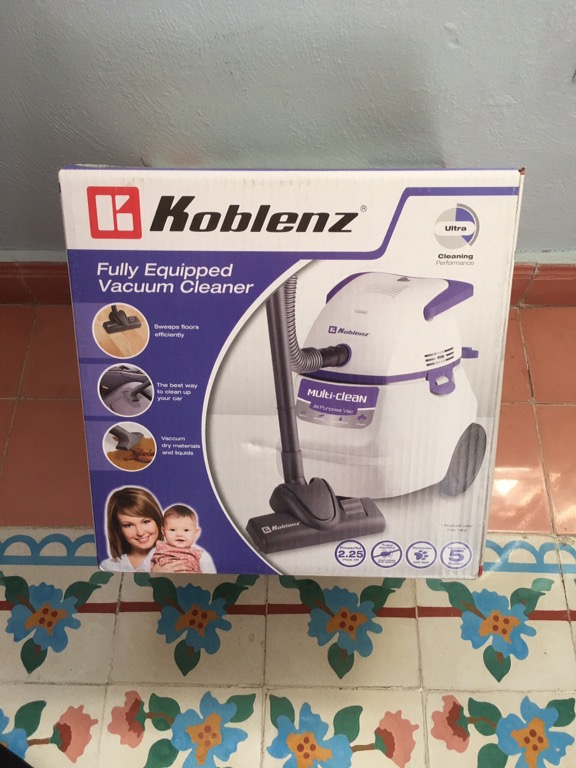 You can tell I’m a romantic soul can’t you!

Now to start planning the next trip. Panama City maybe.

The headline for today’s edition is based on the single released in 1957 by The Tune Weavers which Ronnie Milsap in 1986 took to number one on the US Hot Country Songs chart.