Sitting out on the veranda the other morning with a mug of coffee ((I’ll skip the usual description – regular readers will know which veranda and what type of coffee and if you’re not a regular reader (why not?) then go through the archives)) and I started to consider (I have no idea why) how I might have changed since moving to Ambergris Caye just over three years ago.

Well obviously I’m three years older ( some more about this later). I’ve got a little greyer. Gained a few lines and wrinkles. I’ve lost some weight. Not intentionally. In fact people that know me will attest that I can ill afford to lose a few ounces let alone pounds. But the biggest change of all can’t be seen. It’s my state of mind.

When I think back to the days when I was working (and trust me I don’t do that very much now) I’d wake in the morning (as now that was anywhere between 04.00 to 05.00 hours), make a mug of coffee and start working or thinking about work straight away. And that was the way it was through to around 19.00 hours later that day.

Now? I get up, make the coffee, head to the veranda and listen to the early morning sounds. The birds awakening for the day. Fish leaping from and re-entering the lagoon. Racoons squabbling with each other. The barking of neighbours dogs. The occasional sound of a golf cart or truck going by the front gate.

My thought process might take me to thinking about what I might do during the day ahead. But it might not. If it does it’s most likely going to be something that has the potential to be physically taxing. Nothing too much that stretches mentally though. And that’s generally the way it’s been since we moved here. That was until I collected the mail from our P.O. Box a few weeks ago. Amongst the pile of envelopes was a letter from my UK Bank.

Upon opening the envelope I read to my dismay that I was being given notice. They intended to close my account! 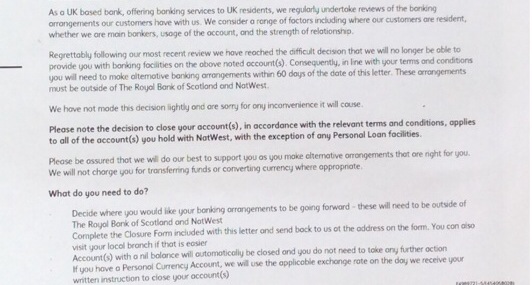 Obviously cropped to omit the inclusion of account information. I trust YOU but I don’t know who else might read this!

Now this wasn’t the first time that I’d gone past my ‘sell by’ date (I was made redundant!) but this news hurt. It really hurt.

What could I do reverse this horrendous decision? Get in contact with Customer Services of course.

I’d been with this bank for close on forty-four years. How could they discard me so easily and dispassionately. I’d never caused them any trouble – my last overdraft ((a miserly £5 (around US$7.50)) was over twenty years ago. I’d always kept a reasonable amount on deposit. This was so unfair. Time to bring in the big guns.

So I did what I always do if I’m not getting anywhere with a service provider. I try to make contact with the person ultimately in charge. In this case the CEO, a Mr Ross McEwan.

I did a search on Google and managed to get his email address and very quickly knocked an email out to make my case. An email full of facts and figures but littered with some emotion.

Now I didn’t get a response from Mr McEwan (if I’m honest I never really expected to) but I did get an exceptionally quick reply from the Executive Response Team.

Two emails and three telephone conversations later I got the good news that they had decided to keep me. I wasn’t after all an old fogey.

I pose this question because in the same delivery of mail I received correspondence from the Department for Works and Pensions. A form to fill in so that I can claim my State Pension when I reach the age of sixty-five. Ouch!

I should have realised I’d get this when I’m sixty-four shouldn’t I!

I suppose with this milestone age getting closer and closer it’s no wonder that I’ve taken (sic) to the leisure (sic again) activity favoured by those of advancing years. Yes, that’s right, gardening.

We’ve tried growing banana and plantain plants before – with abysmal results – but undeterred by our experiences we decided we’d give it another go. I think that one of the benefits of getting older is that you gain a certain resilience. Perhaps a more determined attitude. Or is it that you just become more stupid.

Anyway, whatever the reason, we collected some plants from Carlo ((he of Carlo & Ernie’ Runway Bar & Grill fame (time for another sic I think)) loaded them on the golf cart and were headed home when I saw in the rear view mirror that we were being followed by someone from the San Pedro Transport Department on a motorbike.

Fearing that I might be in for a ticket for overloading the golf cart I slowed down a bit. The motorcyclist drew up beside us and it was then that I could see that it was Freddie G.

Leaning slightly to his right he opened his mouth and said (and I swear he was looking directly at Rose when he said it) ” Do you want some babies?” ” Come, follow me.” I’m generally a trusting sort so casting aside Rose’s reservations we followed as instructed.

A short distance down the road we took a right and then pulled up behind Freddie G. He dismounted and headed to a gate all the while beckoning us to follow. Like lambs to the slaughter you’re thinking.

Once inside the garden he pointed to a pile of small banana and plantain plants. ” Help yourself “he said. So we did.

We’d already discussed positioning for our new plants so without further ado the shovel and hosepipe were out of the garage and Rose’s babies were in their new home.

It’s the one at the rear. They’re ‘babies’ remember! 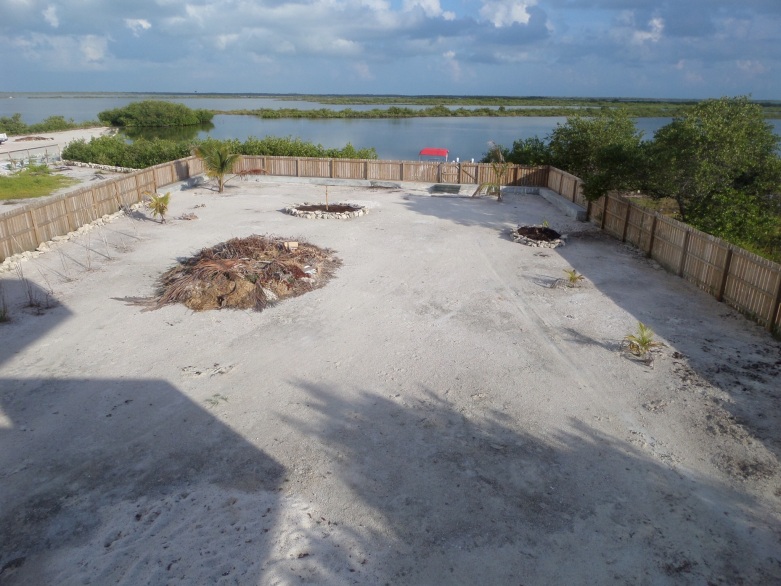 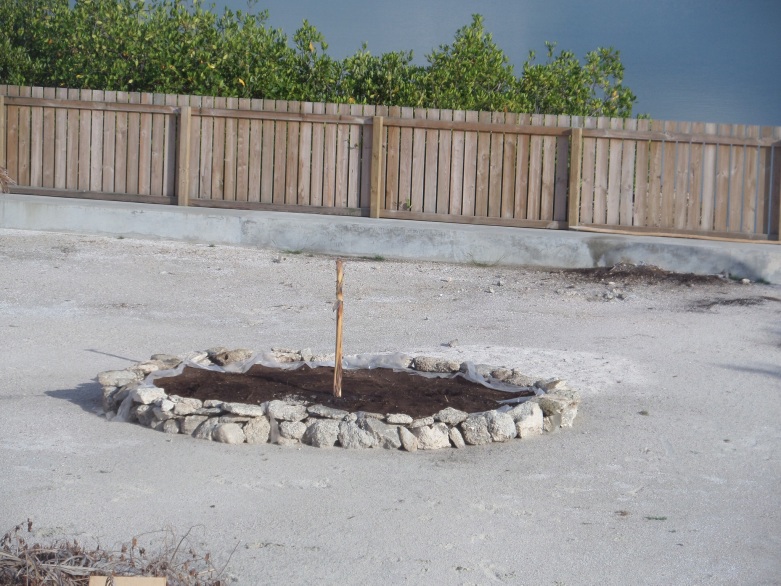 It’s not all been about doing battle with the big banks and gardening though. Oh no, far important things than that. I’m talking football (the REAL football I mean).

which we will watch on TV at Carlo & Ernie’s Runway Bar & Grill.

And then the return leg at the FFB Stadium in Belmopan on Tuesday 8 September.

The headline for today’s edition is based on track nine on the album Sgt. Pepper’s Lonely Heart’s Club Band released by The Beatles in 1967 which topped the albums charts in both the United Kingdom and the United States.