Tomorrow Rose and I will celebrate (and it will be something to celebrate) our third anniversary of upping sticks and moving from London, England to Ambergris Caye, Belize.

I must admit that this anniversary was not front of mind for me (not a lot is nowadays though) but the fact was highlighted for me when driving home from ‘Town the other day.

Looking in my rear view mirror I could see a bicycle coming up on the inside of me and then I heard my name cried out. I pulled over and saw that it was a fellow Englishman who, funnily enough, arrived on the island exactly the same day as Rose and I.

We spent the first few minutes catching up on what each of us have been doing recently and then he told me with great excitement that he’d been informed a few days previously that his application for Residency had been approved. And he’d be getting his paperwork within the next week or two.

The look of pleasure on his face was something to behold and when he gave me the background to his application I understood why.

Now this chap (he’s British so I’ll refer to him in this manner as opposed to ‘guy’) spent the required twelve month qualification period in the country. He never left at all even though he could have done. He wanted no complications. He personally took his application to Belmopan. He wanted to be certain. And then he waited. And he waited. For two years!

You know what though? He told me it’s been worth the wait!

Not everything takes an age in Belize though. And some things beat where I originate from by a mile.

Last week the ‘cart started to make noises that I didn’t like the sound of at all (too technical for you?). I didn’t have a clue what the problem was but I intuitively knew that something was not right and that something was going to break real soon. There was only one thing to do. Get a new ‘cart? No, take it to Giovanni! 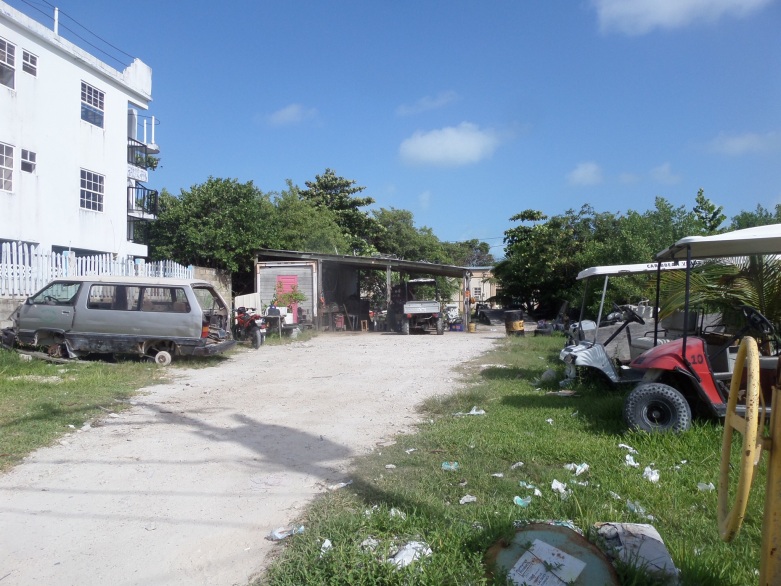 I’ve found -thus far- that he does a first class job.

He asked me what was wrong and although I did my best (as we all have probably experienced from time-to-time this sometimes just isn’t good enough) he was none the wiser so he jumped on to the ‘cart and took it for a short ride. Returning within minutes he exclaimed “It’s the clutch. You need a new one”.

Rose ( she’s my technical adviser), Giovanni and I got into his ‘cart and made the short drive (it’s in the same road) to FCS Aluminum where we purchased a new clutch. But not before Rose (she’s my negotiator too) uttered the word that retailers and sellers of services around the island have come to dread. “Discount” she said with a steely (and scary) glint in her eyes.

We grabbed the new clutch and returned to Giovanni’s workshop and fifteen minutes later – for the princely sum of BZ$30 – it was fitted. I just stood there with an incredulous look on my face (or was it just a stupid look? You’ll have to ask Rose as to which) and Rose asked what was the matter. “Nothing”, I replied. “It’s just, well, maybe I’m amazed at quickly he did it” (OK, OK I know it’s probably my weakest and corniest link yet but I’m out of practice).

So what else have I been doing you’re wondering. You are, aren’t you.

Well we’ve started our garden clean up/landscaping with seriousness. I started the ball rolling by clearing the mess outside our front fence. This area (and I really cannot understand why) appears to be seen by users of the road north as an ideal place to throw their rubbish. Bottles, plastic beakers, polystyrene food receptacles, cardboard boxes. Get the picture. No? 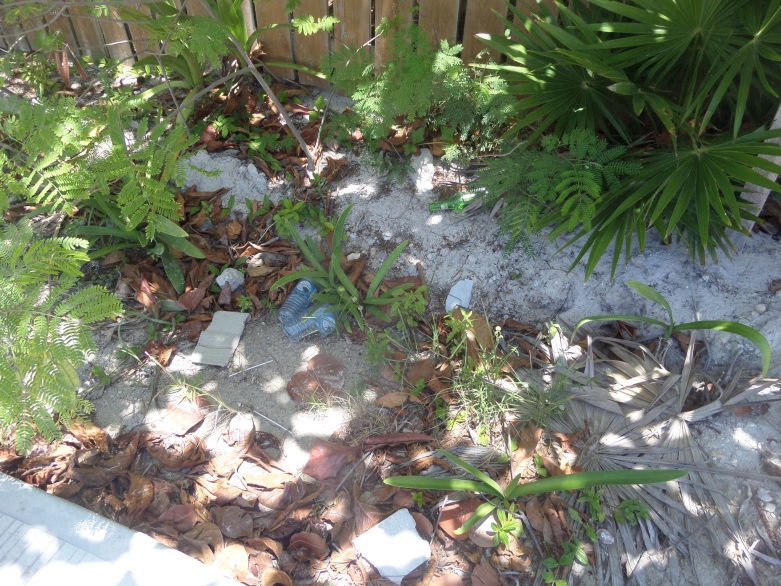 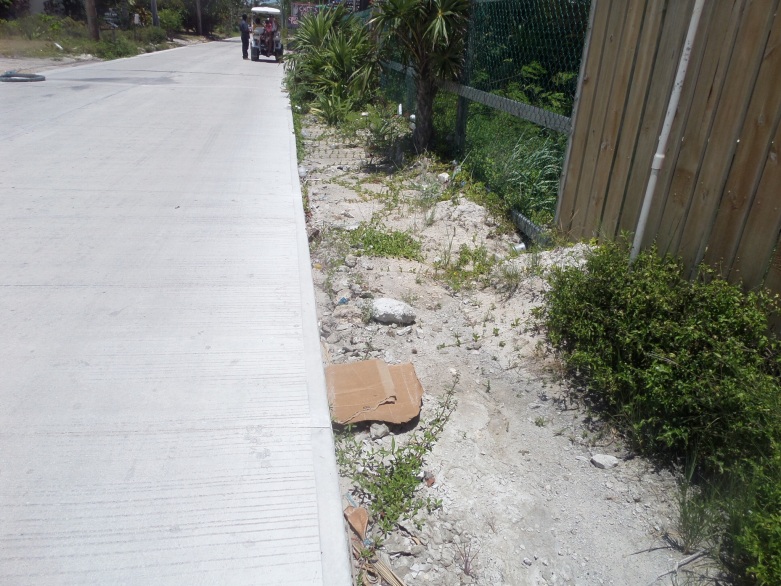 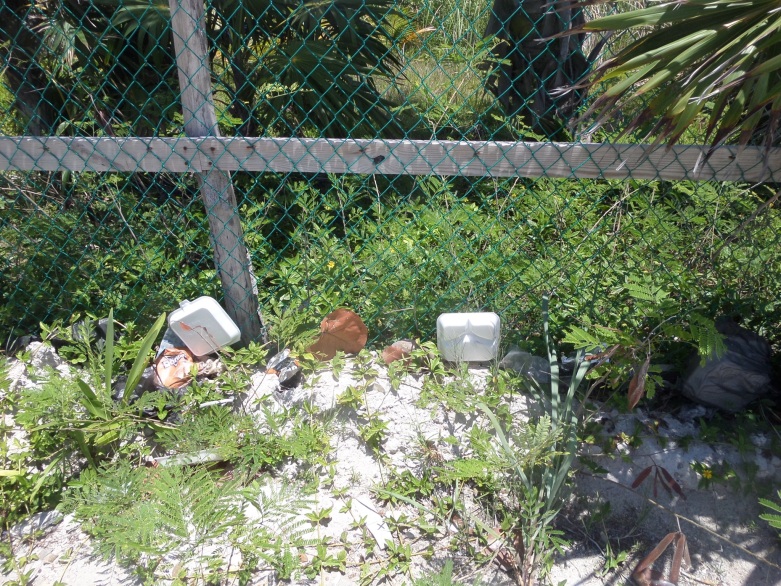 Got the picture now?

Rose and I filled a rubbish (garbage for non UK readers) bag from just 125 feet of road frontage. And then I started the weeding. 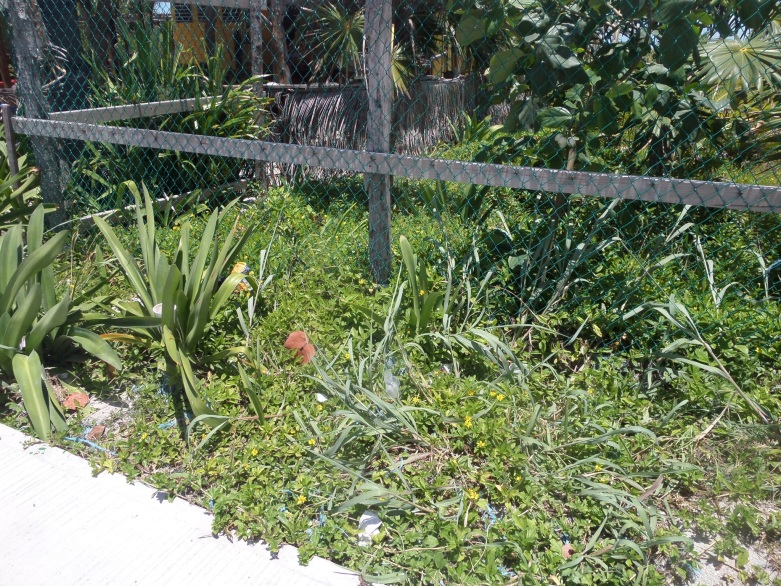 And within no time at all 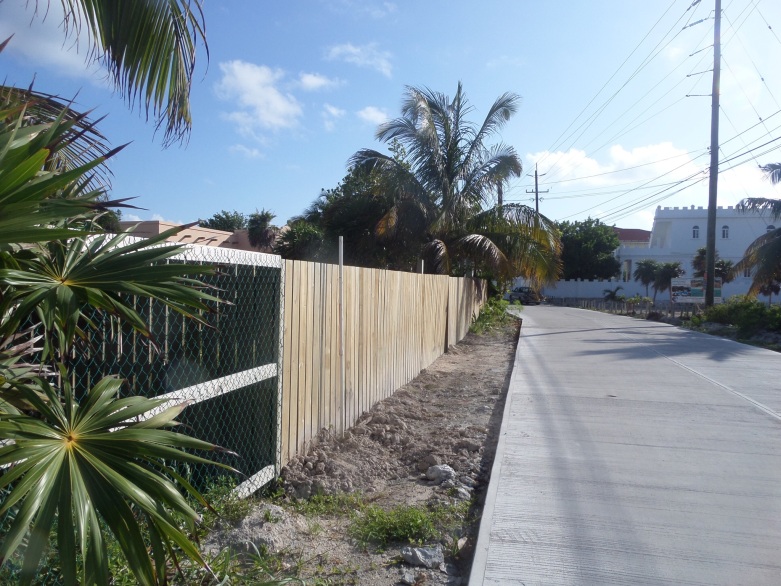 it started to look a lot tidier.

Now our plan is to create a bed -we’ve yet to determine with what – in front of the fence that will hopefully signal to travellers along the road that it’s not a convenient place to dump their rubbish. 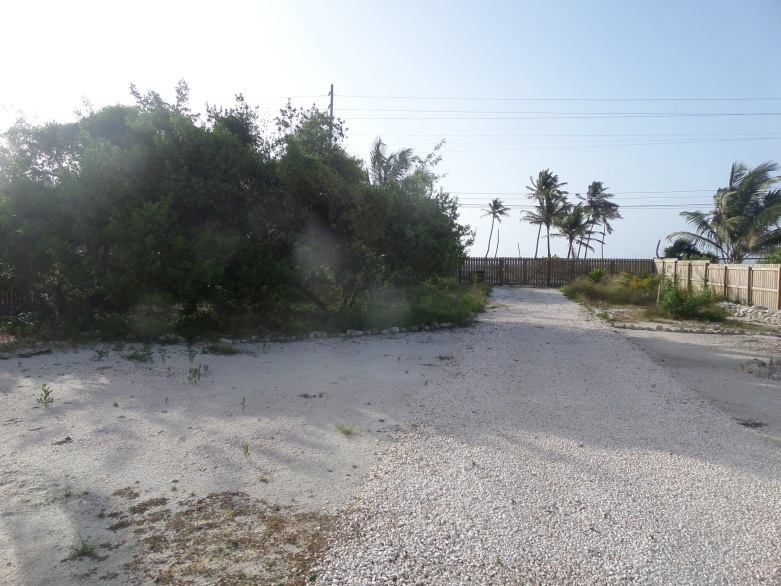 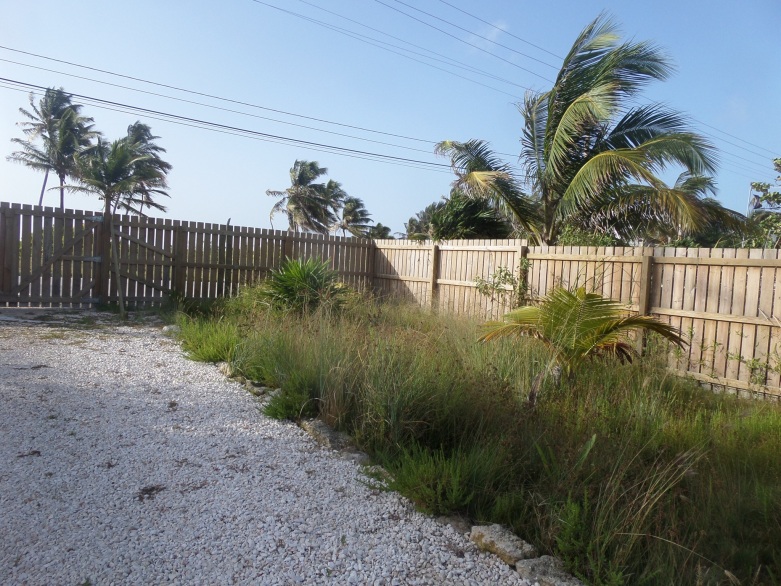 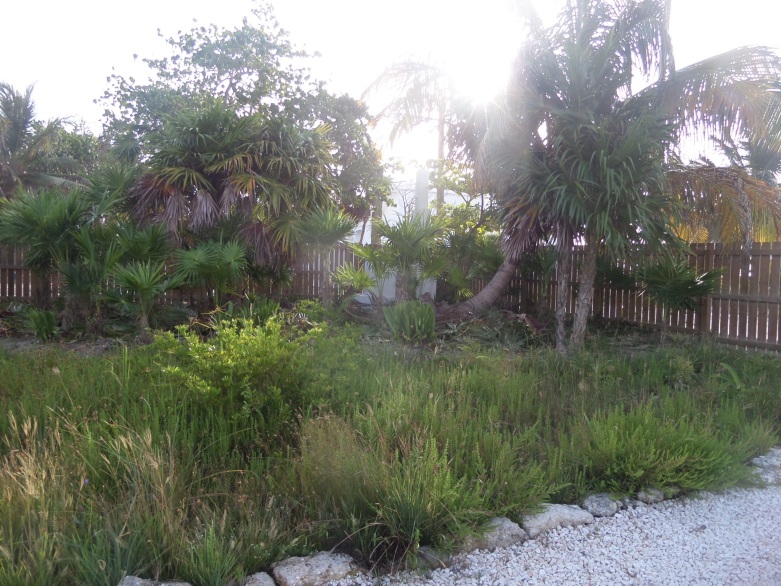 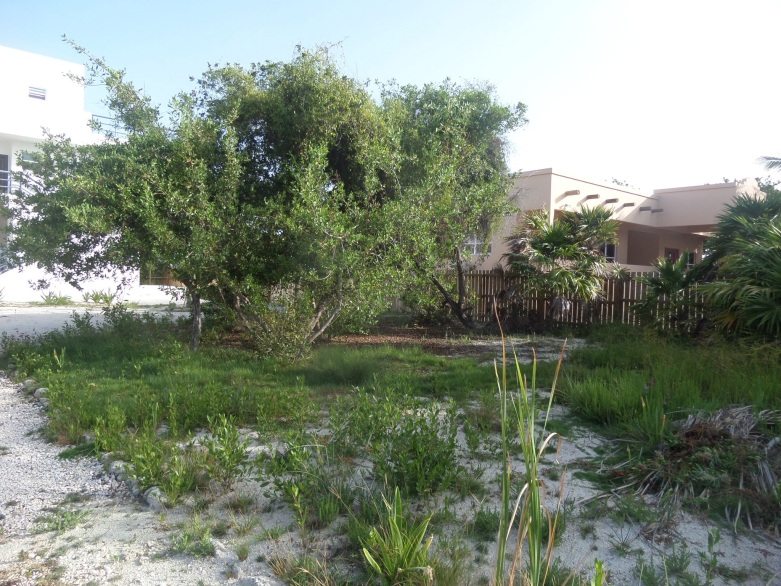 into something that will hopefully resemble a garden.

I’ll bring you up to date in the next edition but must bring this one to an end. Arsenal just retained the FA Cup by beating Aston Villa four goals to nil and … well I’m out to celebrate!

The headline for today’s edition is based on the Wings single released in 1977 which reached number twenty-eight on the UK Singles Charts and number ten on the US Billboard Hot 100.