Hi Ziggy here. Managed to grab hold of the iPad while John’s taking a shower so I thought I’d let you know how things have been for me lately.

Those of you that have been reading John’s blog for a while will probably recall that last October I was diagnosed as having an infection in my left ear and medication was prescribed to cure the problem.

John applied the drops religiously (well actually John isn’t that religious but you probably understand what I mean) and we thought the problem had been eradicated.

Much to my chagrin though we were wrong. We (( Rose (have I mentioned that I really like her), John (he’s OK) and me)) went to the San Pedro Animal Hospital (‘S.P.A.H.’) a few weeks ago for me to get a shampoo, pedicure and a general ‘once-over’.

All was going swimmingly until Doctor Patricia (Tricia to her friends like me) took a look at my left ear. Uh, oh – a problem. There were still traces of bacteria. So it was back on the medication for me.

We went back to the surgery last week and … problem solved. Goodbye nasty bacteria!

I thought that was it as far as visits to the ‘S.P.A.H.’ was concerned until it’s time for my next bit of beauty treatment (I know, I know – I don’t need it). But boy did I get that wrong.

I sensed something was wrong yesterday morning when I got out on to the veranda (the western, lagoon facing, one) with John around 04.30 hours. Him to chill out with his first mug of coffee (instant, black and unsweetened if you must know) of the day and me for a good slurp of water and some chow.

Well he had his mug of coffee but where was my stuff? An empty water bowl and no food dish. 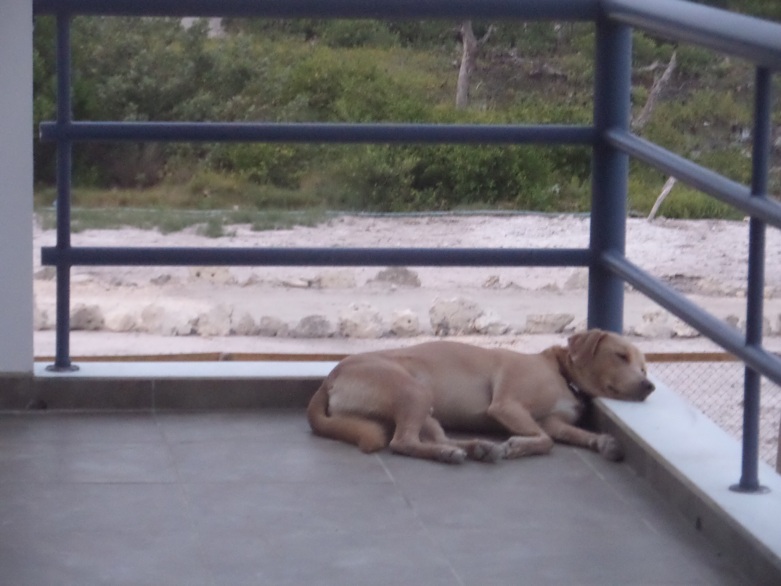 All became clear not long later when Rose appeared with my lead. We were going out . Great. Or so I thought.

I was quite happy when I got on to the ‘cart 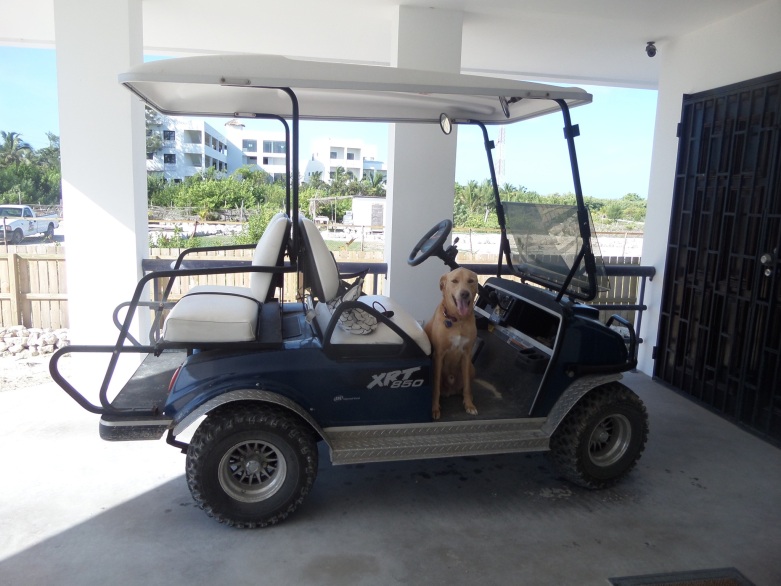 and my happy mood prevailed all the way in to ‘Town. Until 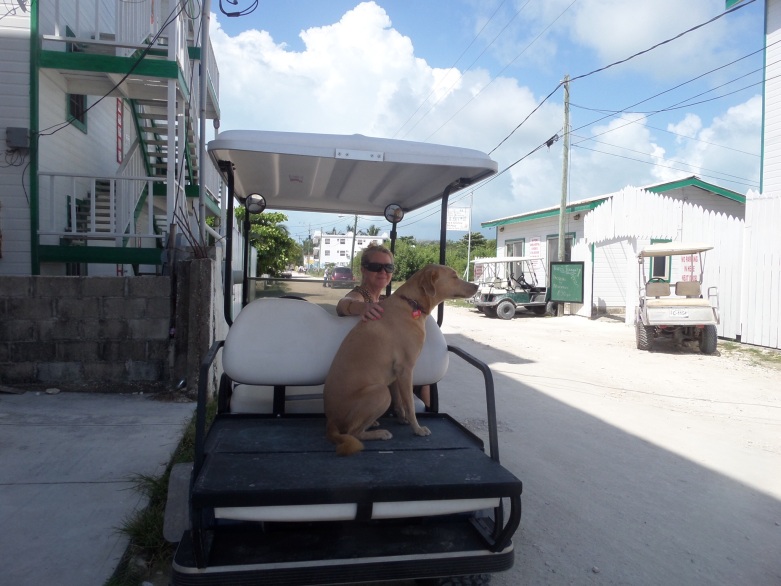 And then John (by this time I was starting to think that he’s not so OK) grabbed hold of my lead and we went to the ‘Hospital’s Reception and he handed me over -without a second thought – to Xiomara and Abdy (they assist Doctor Tricia) and just left me there!

I don’t remember a lot after that. I know that my front left leg was shaved 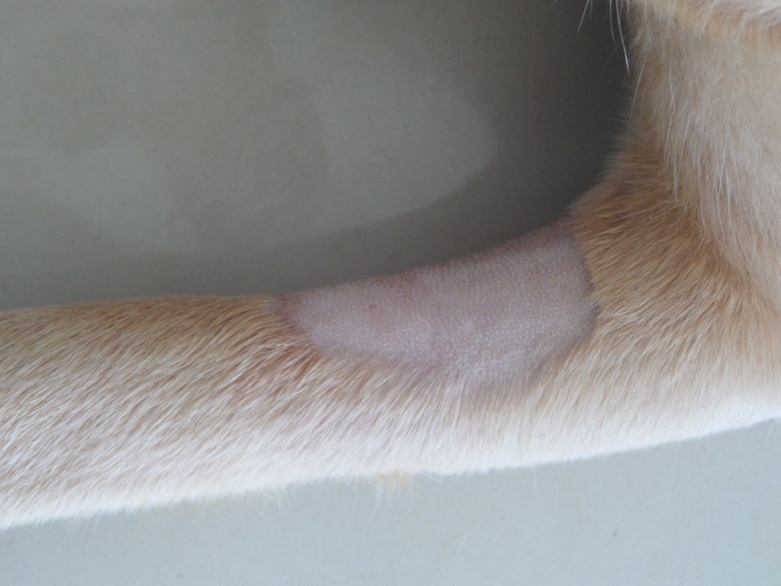 and I was given an injection. What happened after that is just a blur.

Some time later (sorry but I haven’t a clue how much later) Rose and John appeared and I very quickly (well as quickly as my drowsiness would allow) positioned myself right next to Rose (I trust her). 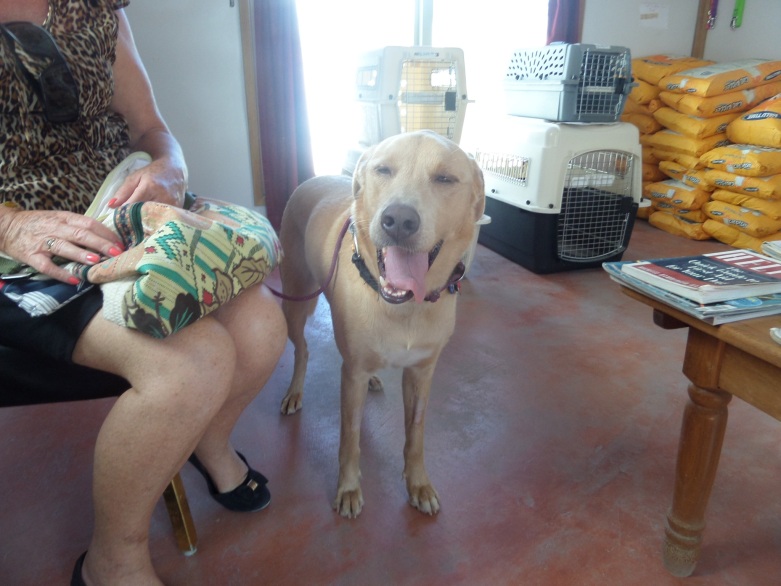 John handed over some money and then we headed home. I was pleased. I still felt a little queasy but I was hungry and thirsty. I hadn’t eaten or drank since the previous night.

I now know that the reason for the visit was to have my teeth cleaned. I’d like to show you just how clean they are but I still don’t feel like smiling.

Now as much as I don’t like going to the ‘Hospital there is a really serious side to this little story. Unless the Belize Veterinary Association, Veterinary Surgeons Board and Belize Agricultural Health Authority (BAHA) relent and renew Doctor Laurie Droke’s (she started the ‘Hospital in 2009) licence and permits to operate in Belize then the facility will close.

This would be a catastrophe (apologies to my feline friends). I mean where would I and my four legged furry friends on the island go when we are not feeling well? 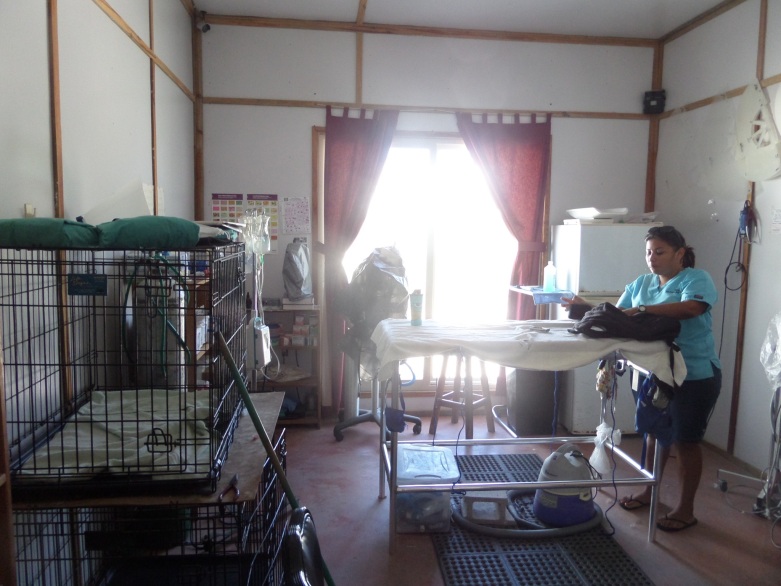 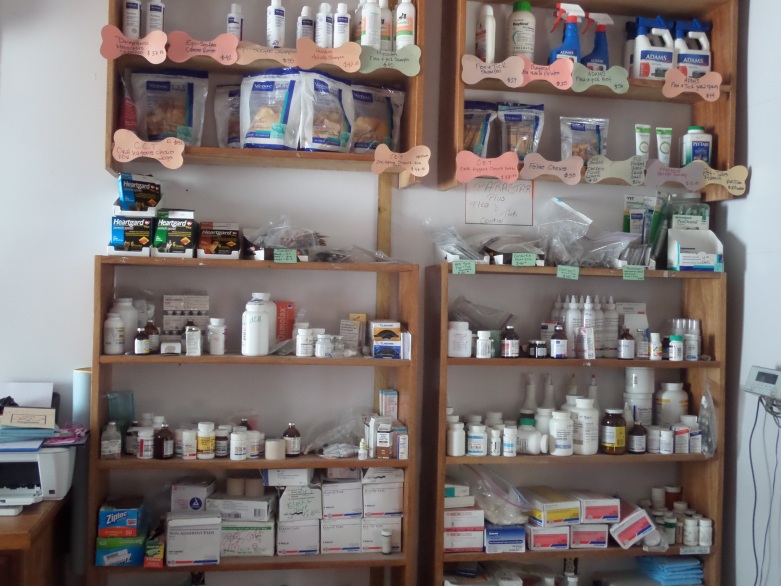 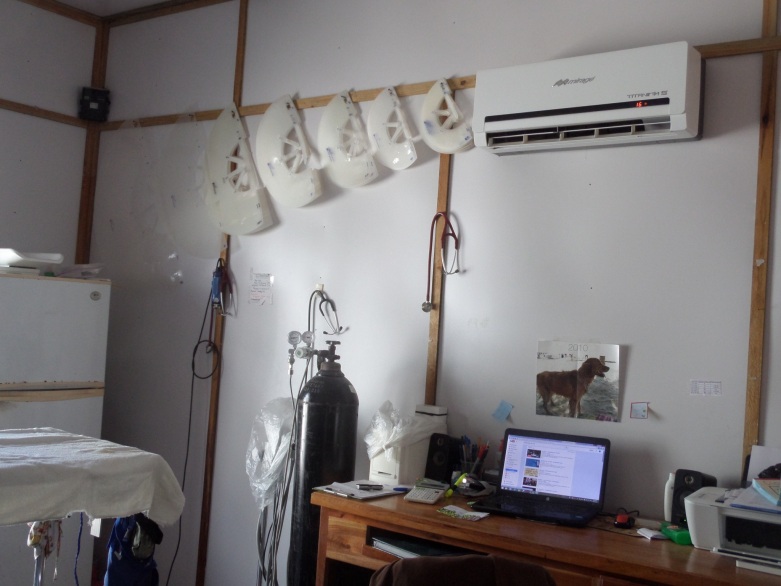 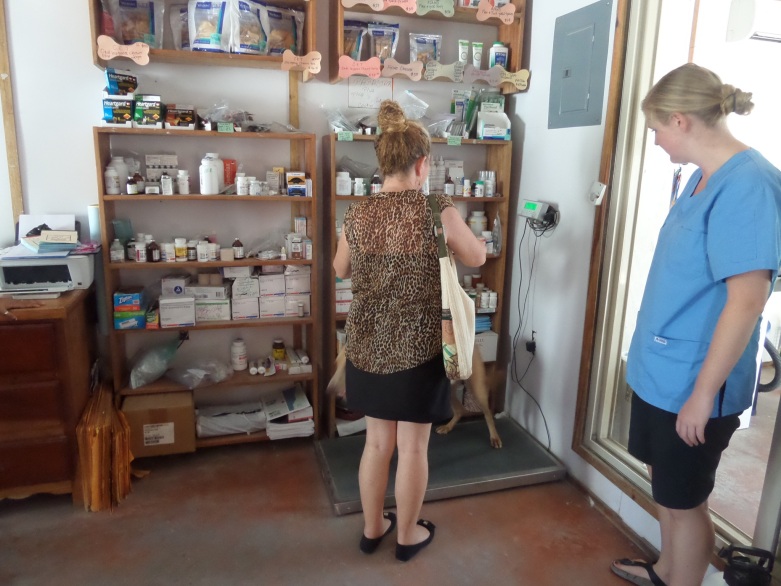 That’s me trying out the weighing scales. A svelte 57lbs if you must know

and the staff are fantastic. 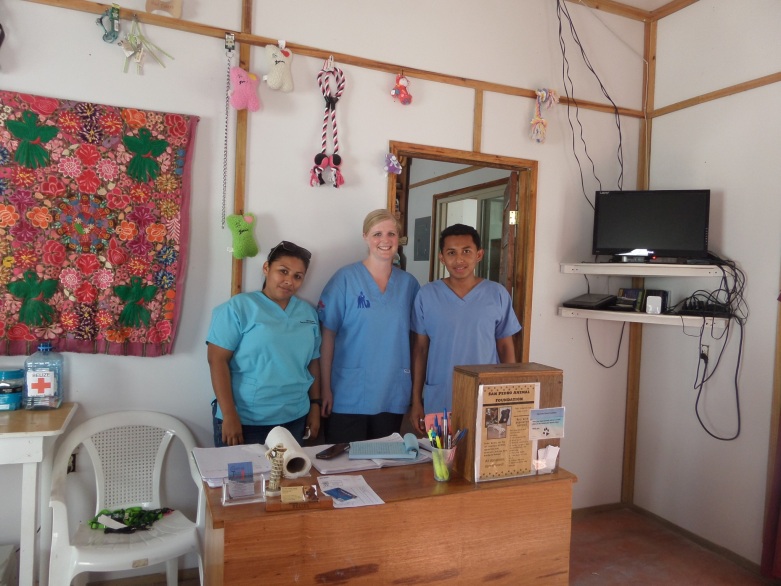 From left to right: Xiomara, Doctor Patricia and Abdy.

What can be done you want to know. You do, don’t you! Well send emails to the people that hold the future of this much needed island facility in their hands. It will only take you a few minutes but it could mean so much to my friends and I:

Let the above people know just how important the Hospital is. Please.

I may not always welcome my visits to the San Pedro Animal Hospital but … please don’t go.

The headline for today’s edition is based on the single released in 1979 by KC and the Sunshine Band which reached number three on the UK Singles Chart and number one on the US Billboard Hot 100.