Regular readers may be wondering (or maybe not – can’t say that I blame you if that is the case) how I’m coping without Rose.

Now I could go for the sympathy angle ad nauseam but I’d be lying. It’s been easy. A doddle one might say. Well at least so far. Yes, I know she’s been gone less than a week but , so far, it’s been a breeze.

What to eat? Not a problem. Rose stocked up the freezer with pre-prepared meals for me before she left eg last night I had chicken curry Nepalese style. Cooked (OK microwaved) to perfection by me! Alright, so I had a little help.

But what to do whilst Rose is away? I decided to get busy. Occupying my mind and my time. Some weeding (topping up the tan and making the garden look a little, and I do mean a LITTLE, tidier. Some house cleaning (it wasn’t dirty but the sand and dust finds a way in). Ziggy does his bit on that front to ‘help’ the cause!

I’ve hosed down external paintwork where dead insects (don’t ask, I haven’t a clue what type) have built up . And I’ve made a start on cleaning the second floor windows. Oh, and I’ve also done one wash (coloureds, if you must know) and ironed it ( I’m not one of those people that can wear something – yes, even a T shirt – that hasn’t been ironed). And if that wasn’t enough I’ve managed to fit in a bath for Ziggy.

Now it’s understandable if you’re all wondering if I’m available for hire. He can cook (with assistance), he can do the washing and ironing, he does housecleaning , and he gardens. Well sorry to disappoint you. I’m not in the market for a job. I’ll stick with my ambition of helping loads and loads of you thinking of buying property in Belize through my involvement with Pelican Properties Limited/Belize Real Estate Limited (that’s got the plug out of the way so on with the storytelling!).

Estel’s Dine By the Sea every morning it’s been open.

But, even with all that I’ve been doing (feeling a little guilty Rose?) I’ve still found time to take a little drive around to see what’s going on.

Remember the two building projects I told you about in December? No. Well let me refresh your memory. 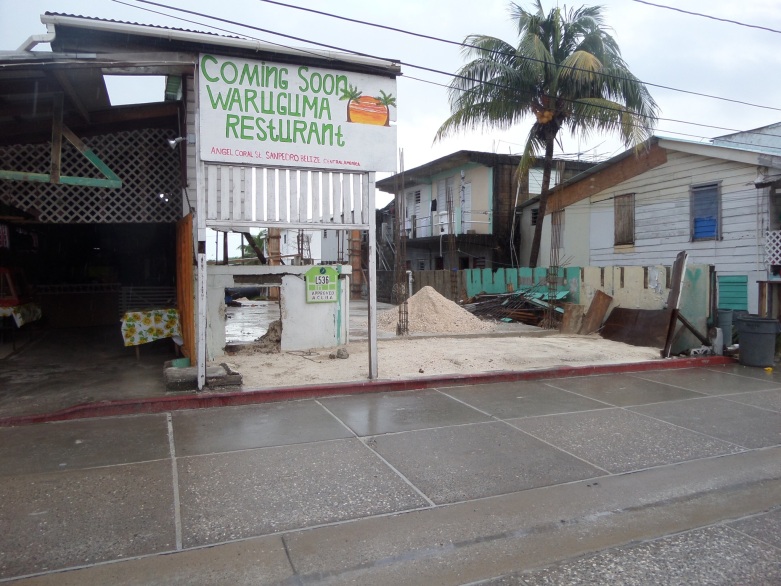 The new location for the Waruguma Restaurant in Angel Coral Street (back street).

Well look at it now.

And the extension to Super Buy (rumoured to be a cash & carry) also in Angel Coral Street.

Doesn’t look to far away from being ready.

which I am led to believe is going to be a supermarket. Further Chinese investment I understand.

It hasn’t all been work and no play for me though. Knowing that the Lobster Season was coming to an end on Saturday and won’t open again until 15 June I made sure that I got some for the freezer (there were some left Ed!).

And Ziggy and I had our Sunday ‘boys’ time out. 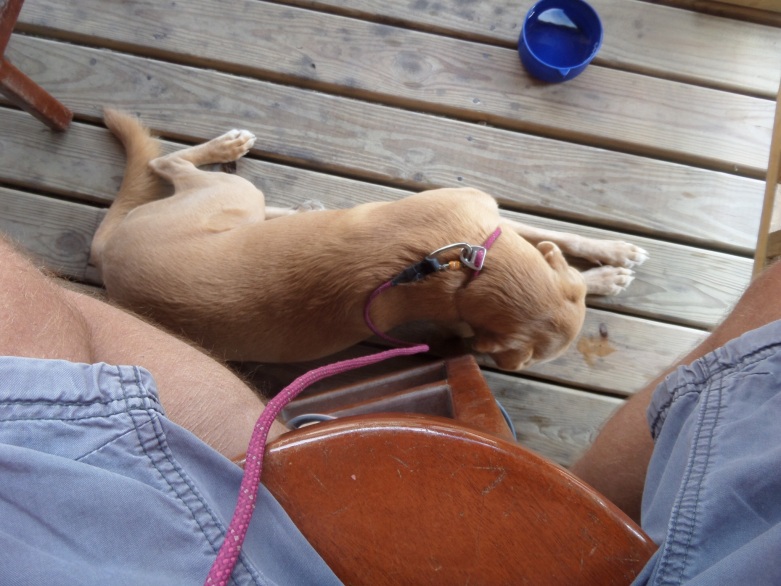 For Ziggy? A sleep. 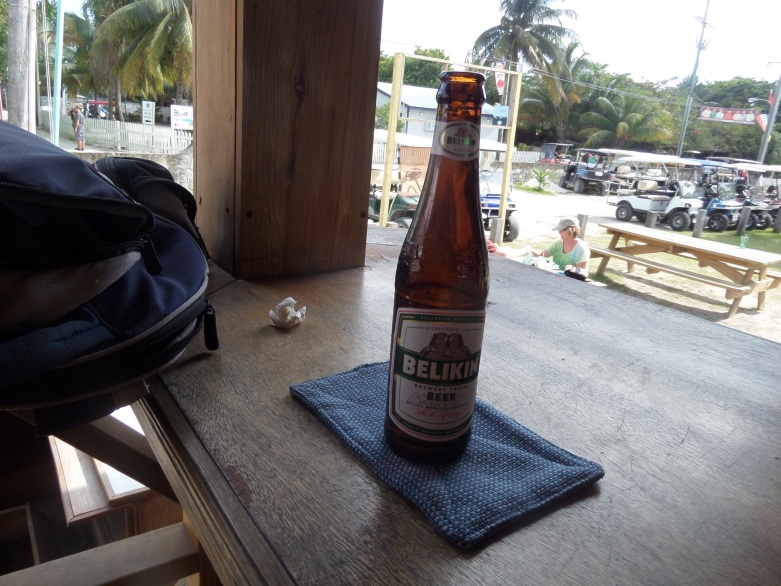 Oh, and I didn’t forget Rose either. 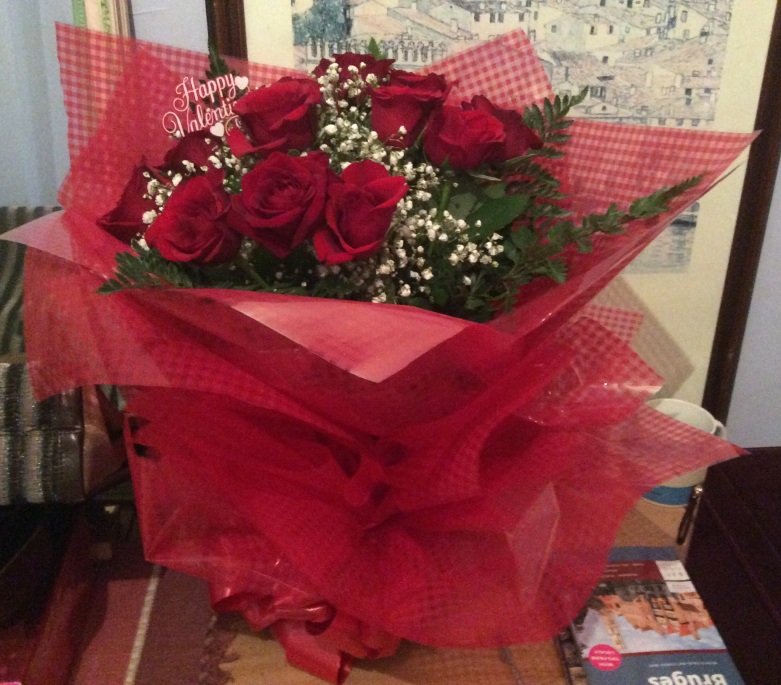 Delivered just for her on Saturday!

The headline for today’s edition is based on the single released in 2003 by Sean Paul which reached number one on the US Billboard Hot 100 and number four on the UK Singles Chart.