My ‘me time’ out on the veranda (you know which one) with the mug of black coffee just didn’t feel the same this morning even though my routine was the same as most mornings.

I was out there early – shortly after 05.00 hours- I had my iPad and Ziggy for company but it just felt different. A feeling of loneliness. The stark realisation that Rose had left us for a month finally truly hit me (and I think Ziggy too looking at his mournful eyes).

Rose and I have never really spent that much time apart in the thirty-five years we’ve lived together. I used to have the occasional business trip that might take me away for a few days, maybe even a week. And in 1995 I did spend eight weeks on an assignment in Dublin but Rose we weren’t apart all that time because Rose used to fly over every weekend. So I don’t suppose I should be surprised that it feels strange.

I became acutely aware of the sense of losing my Tweedle Dee ((obviously I’m Tweedle Dum(b?)) when we got ready to take Rose to catch her Tropic Air flight to Philip as.W. Goldson International Airport and I put her suitcases on the golf cart. 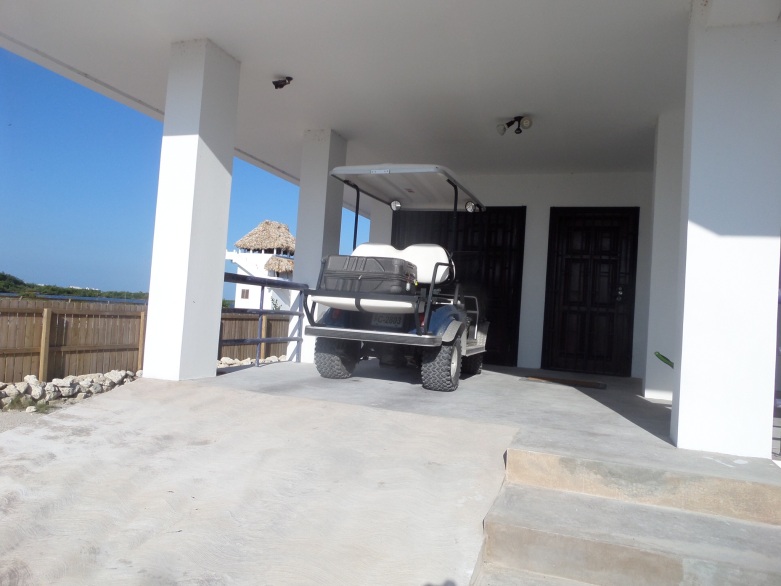 And I looked up and see that Ziggy knew something was up. 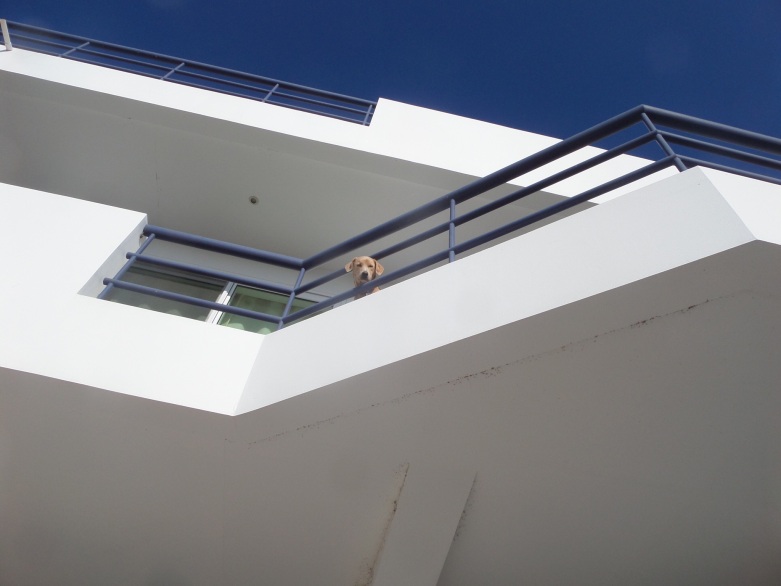 And then it was time to say goodbye. 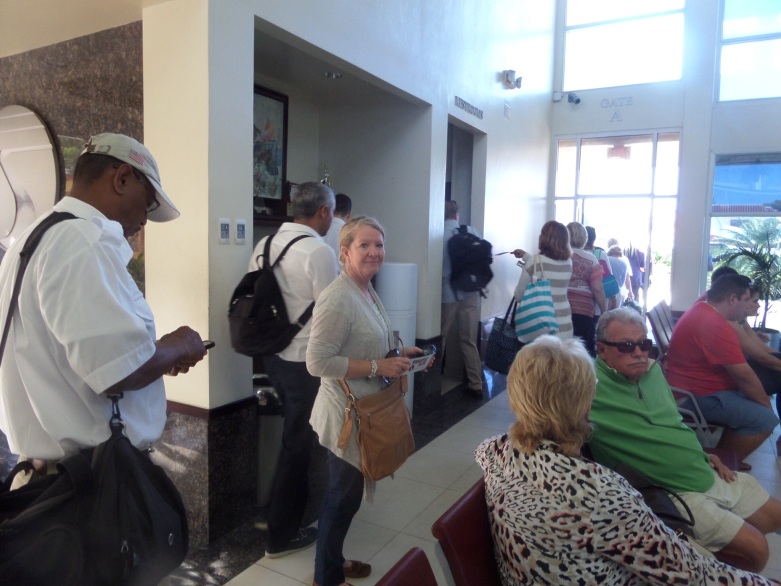 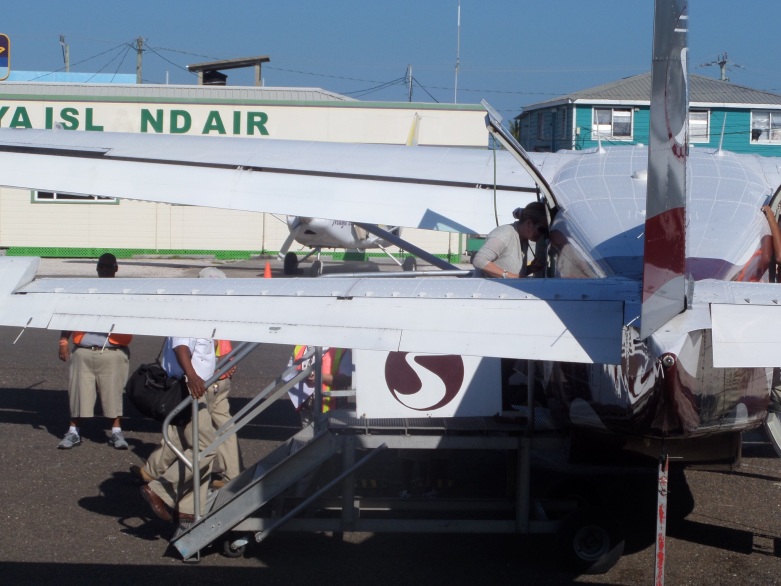 When Rose got to the international airport she had a surprise waiting for her. A personal escort to the check-in desk. And a uniformed escort at that!

I wanted to make sure she got on that plane. Maybe I’m not so Tweedle Dum(b) after all!

Alone on the way home I stopped off to see the grill masters getting ready for the noon BBQ Cook Off at Estel’s Dine By the Sea. A cook off in aid of the Sunshine Scholarship Foundation. 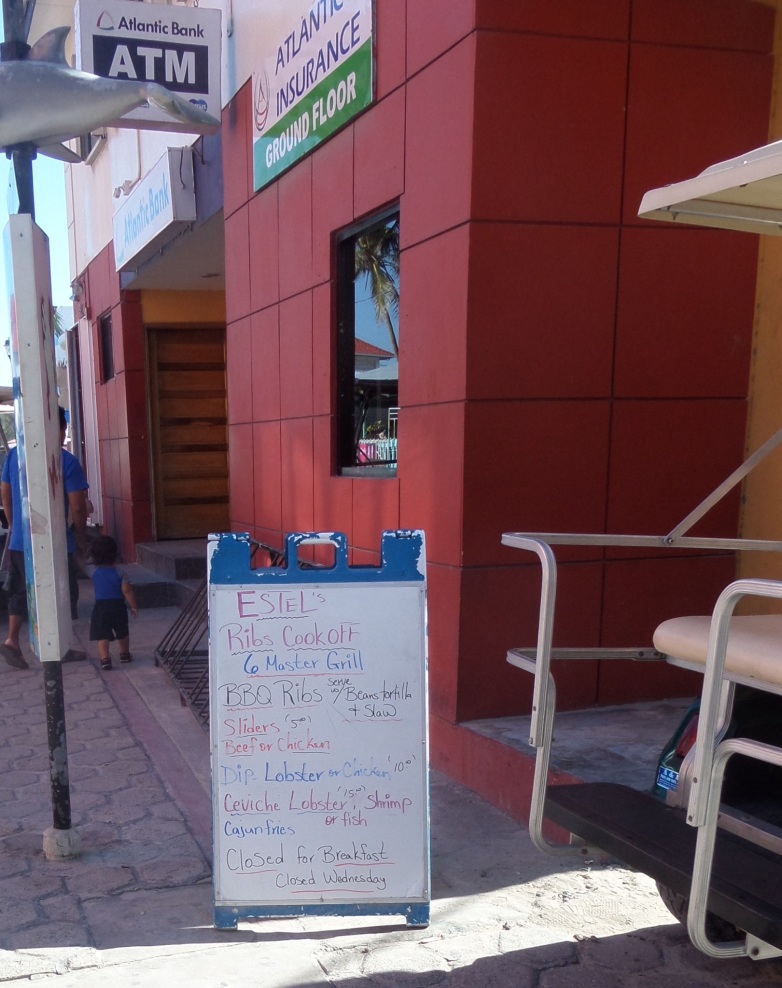 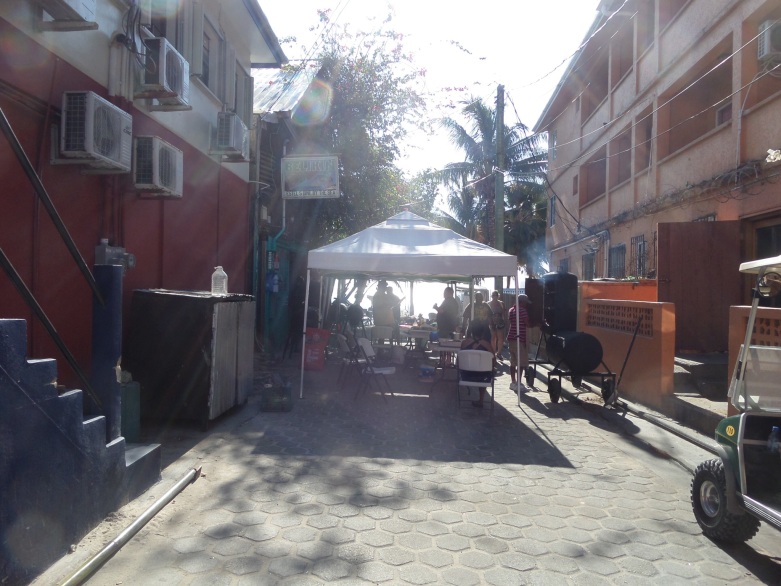 I was tempted to grab a seat early but I just knew that I had a disconsolate Ziggy at home so that’s where I went . I was disconsolate too but for me it was a case of no woman, no cry.

I returned to Estel’s around two hours later when I found the event in full swing.

Guests enjoying themselves whilst waiting for the ribs.

Eve Dirnback, one of the ‘Foundation’s organisers, taking time out for a photo session.

And then there was no time for photos. My food had arrived.

Now I approaching my tasting in a careful way. One bite from each and a score. Then I finished them off from left to right. And then time to make my vote for the People’s Choice.

I got the winner right and with Yellow I picked the eventual third place. But I didn’t choose Charles’ Green. Maybe I just eat at Estel’s too much!

If you want to support the Sunshine Scholarship Foundation then there’s an opportunity on 28 February when there’s another fundraising event. This time at Corona del Mar. If you do you can bid for some jewellery that Rose made for the auction.