If you’re a regular reader of my blog I suppose it’s a bit like waiting for a bus (I’m not suggesting that my blog is anywhere near as important as a bus by the way). You wait an absolute age for one and then, blow me, another one follows straight behind it!

After a prolonged absence I appear to be back in the groove (no that’s not a link for the headline). Out on the veranda -the western, lagoon facing one- with a mug of black coffee and the iPad. The big difference of late though is that I’ve had to wear a windcheater (a windjammer for non UK readers) to protect myself from the early morning chill.

I obviously hadn’t protected myself enough against this change in temperature though because I managed (I haven’t a clue why/how so don’t ask!) to catch a cold which gave me some pain (it was more than discomfort I assure you) in my ear (the left one).

I didn’t let this affect my normal routines though. I mean I’m a big boy. Well actually Im neither big or a boy but you know what I mean. So after showering, shaving and getting dressed I headed off to ‘Town for breakfast at Estel’s Dine By the Sea. Very pleasant it was too.

With the important stuff out of the way (feeding me) it was time to pick up on some chores and number one on the list (I didn’t actually have a list because my memory is still pretty good) was picking up my voters ID card. 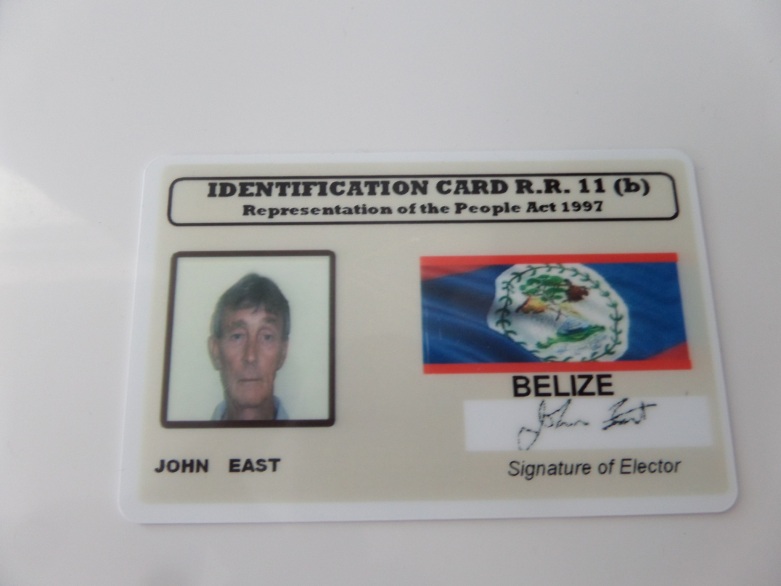 Now that’s what you call a ‘mug’ shot!

They managed to elongate my face for the photo and reduce my height for the information on the reverse side of the card. 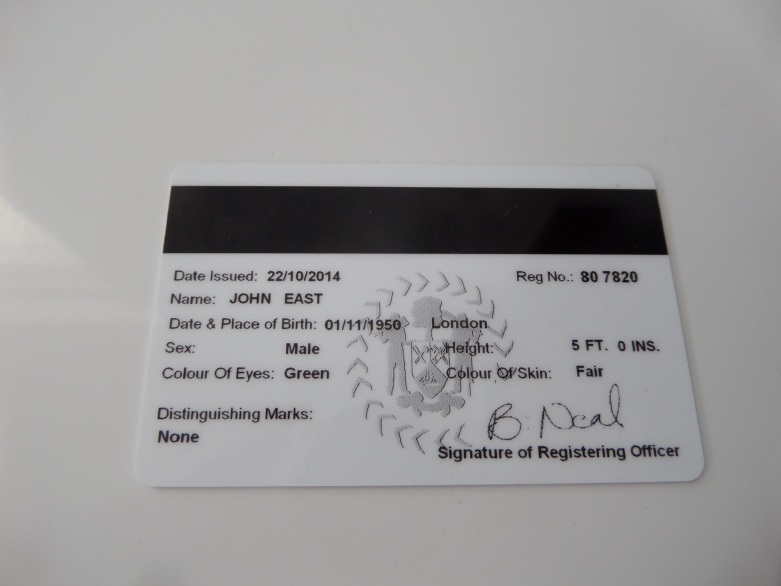 Hope they don’t measure me when I go to vote. But if they’re looking for people to star in a Snow White pantomime I’m in!

When I got home I was feeling decidedly rough so I took an ibuprofen tablet and went to bed and slept for a couple of hours and when I woke up ‘hey presto’ I felt much, much better. Who said men suffer from ‘man flu’!

This ‘miracle’ recovery on my part meant that Rose and I were able to go to Carlo & Ernie’s Runway Bar and Grill to watch and support the Boxes of Joy Fashion Show, the brainchild of Shantelle Pascascio to raise funds to buy toys for less privileged children of San Pedro.

Now I’m normally a bit like Barry Norman when it comes to children because like him ” I like children but I couldn’t eat a whole one”, but this event is something else.

Anyway enough with the words, how about a few photos. 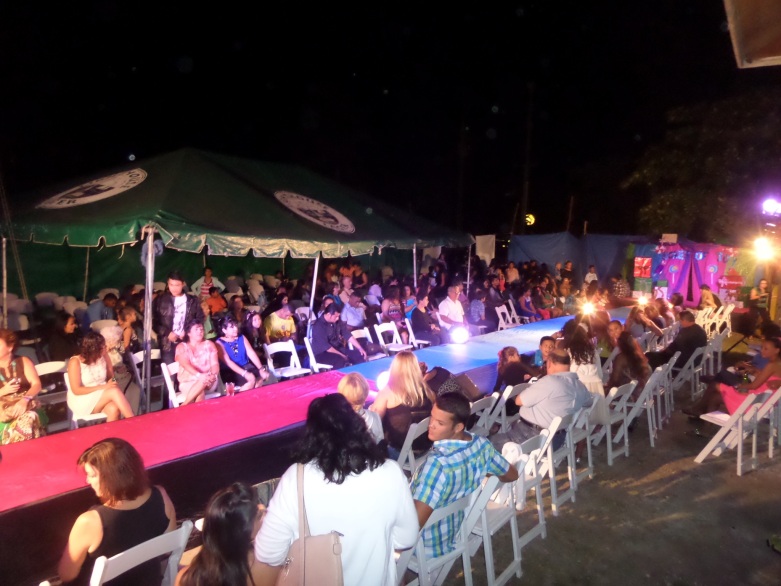 Packed crowd patiently waiting for the show to start. 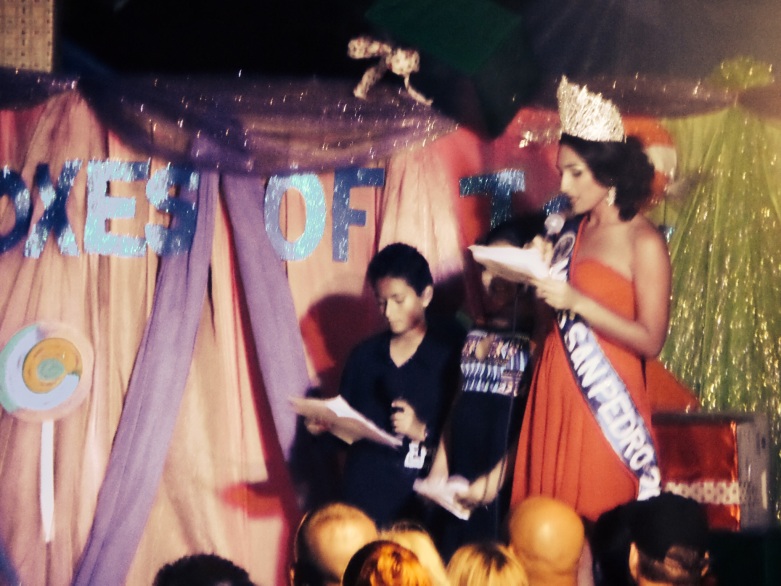 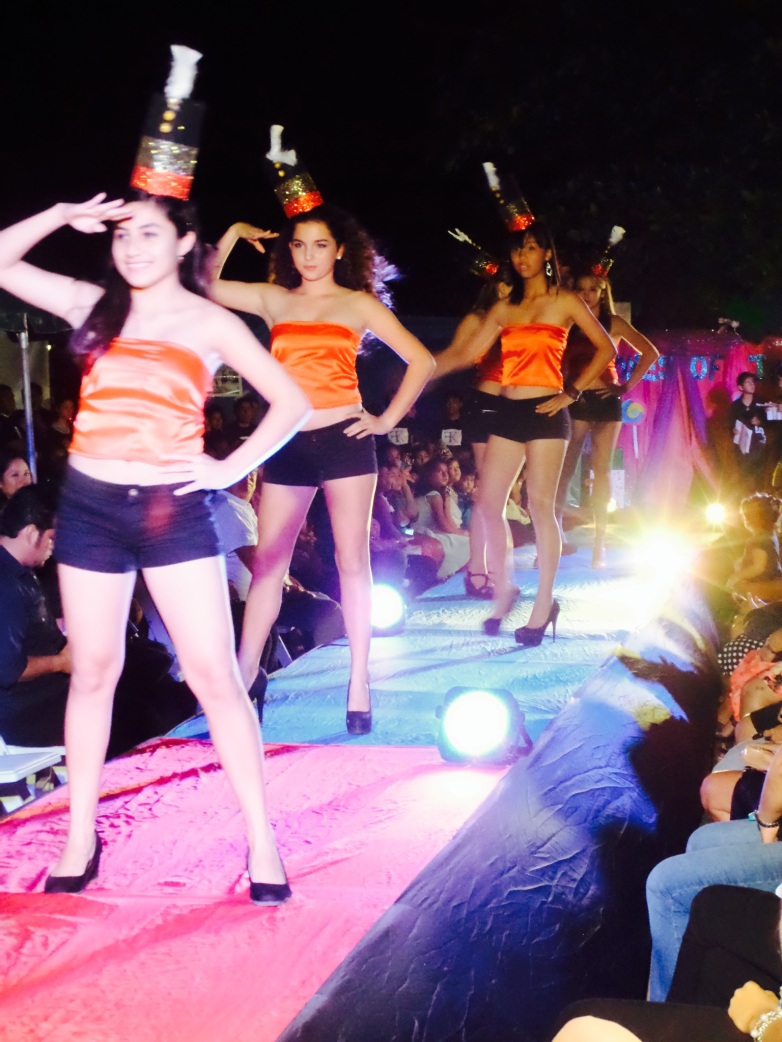 And the show starts with a bang.

Now I could litter the following series of photos with ‘cute’, ‘awesome’, ‘gorgeous’ and other superlatives but I’ve fought off the urge and will leave you to fill in the gaps. 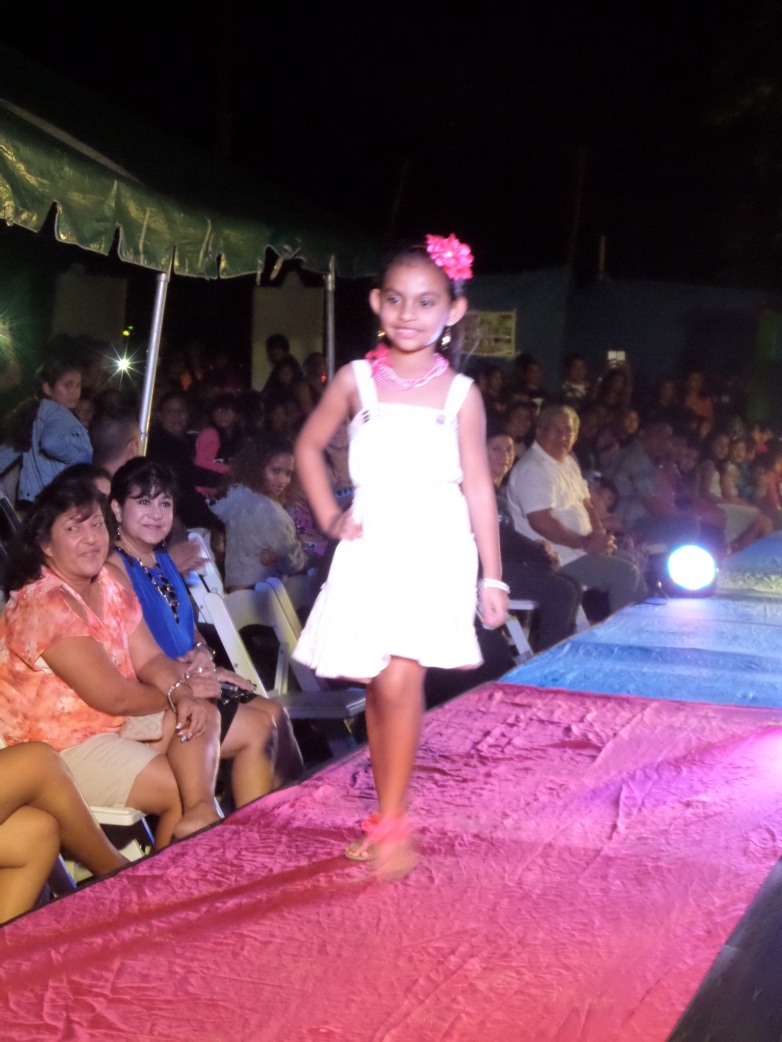 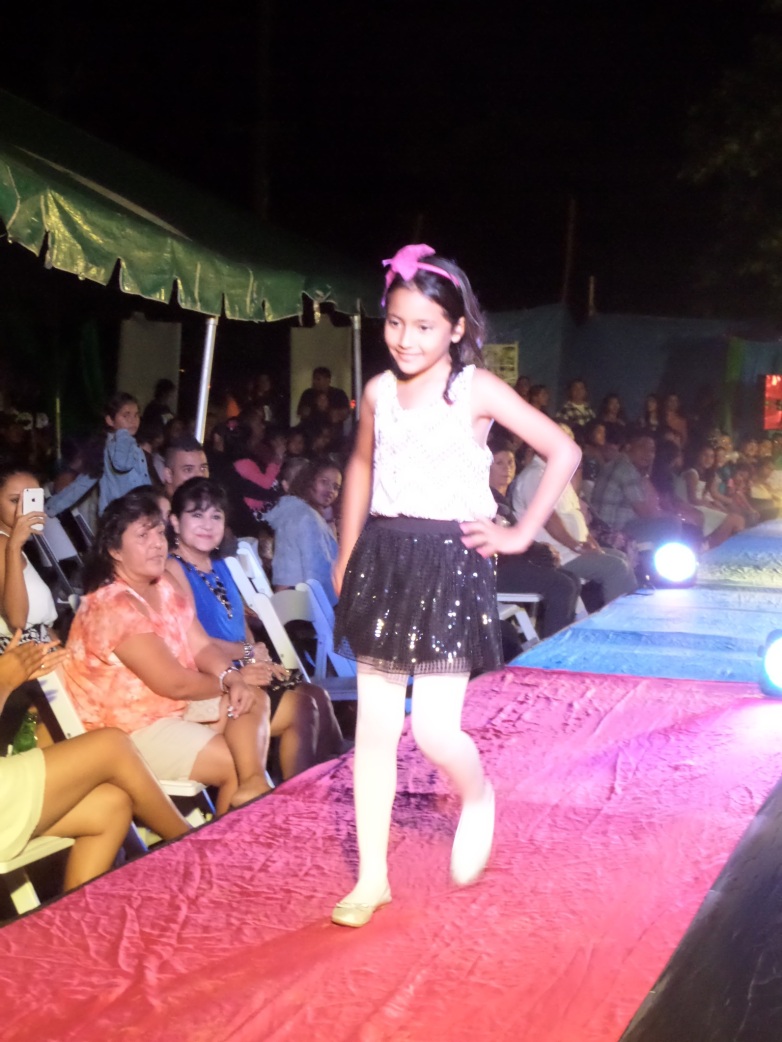 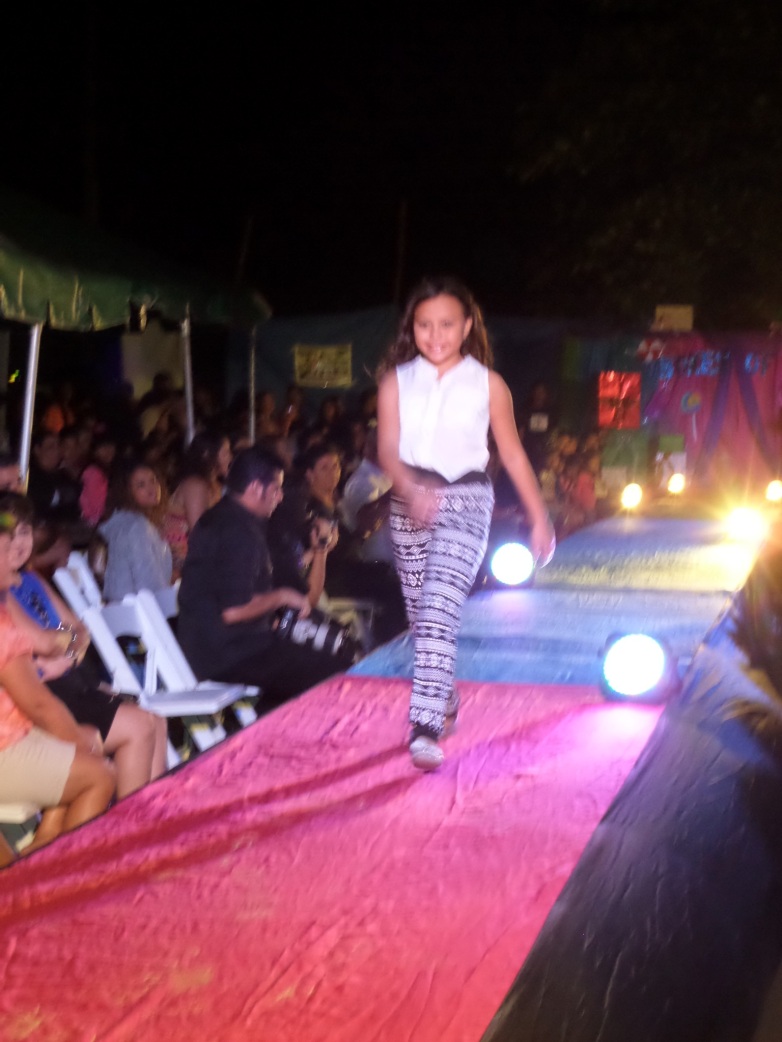 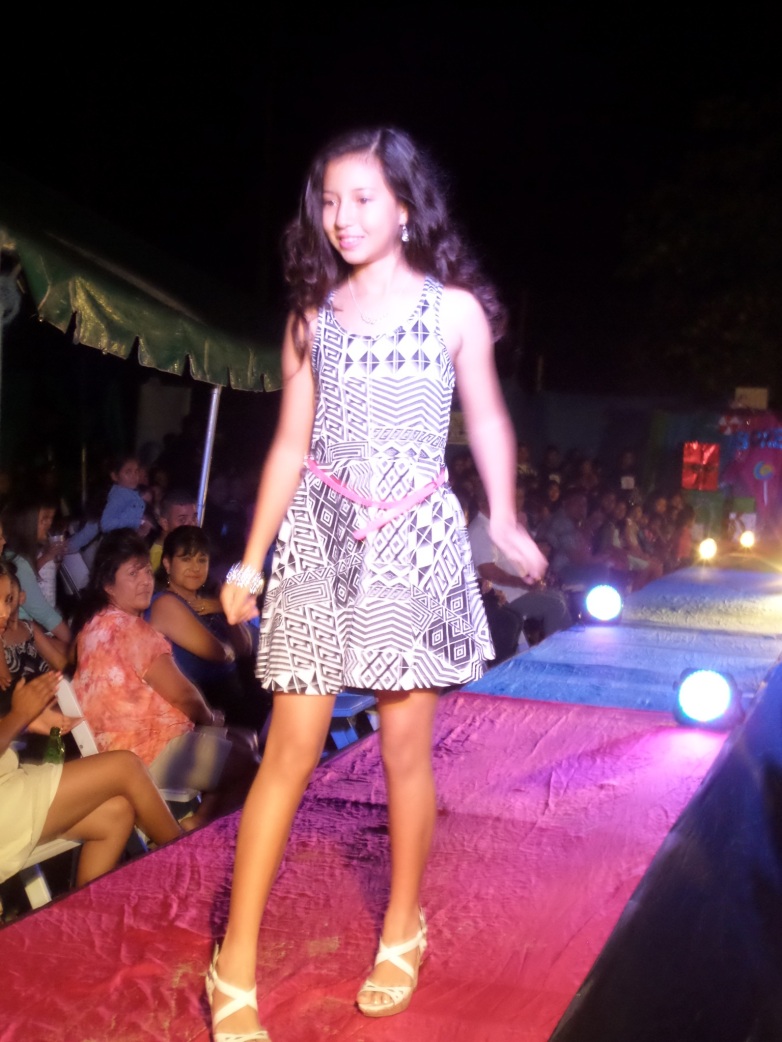 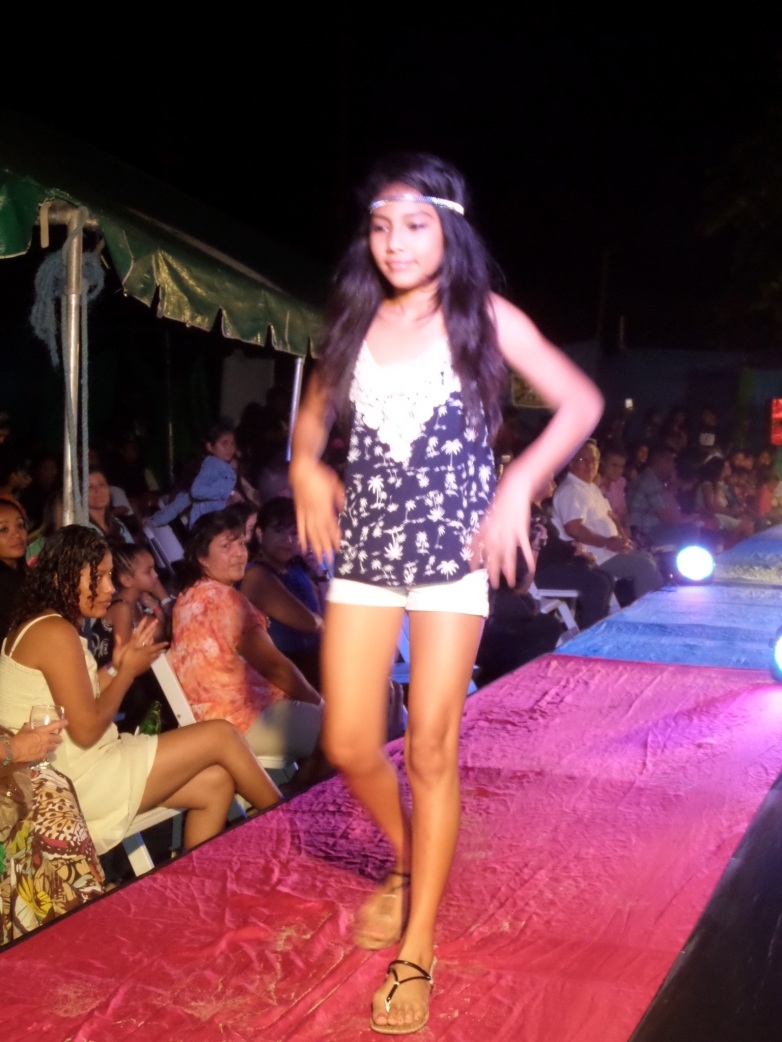 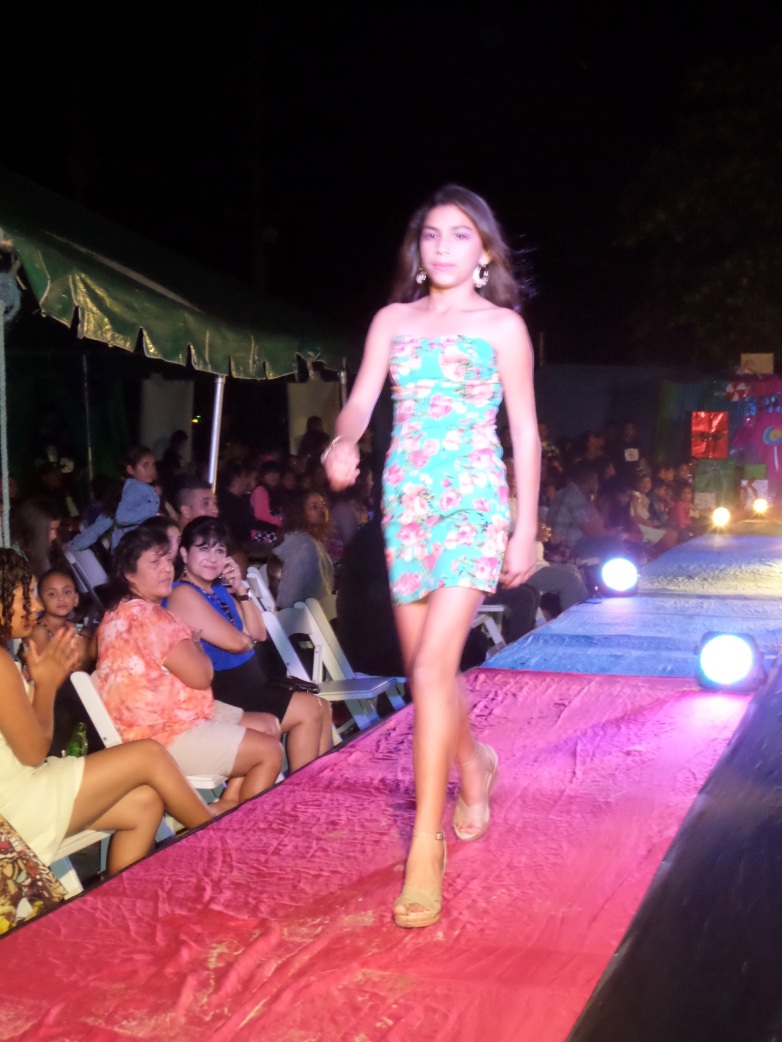 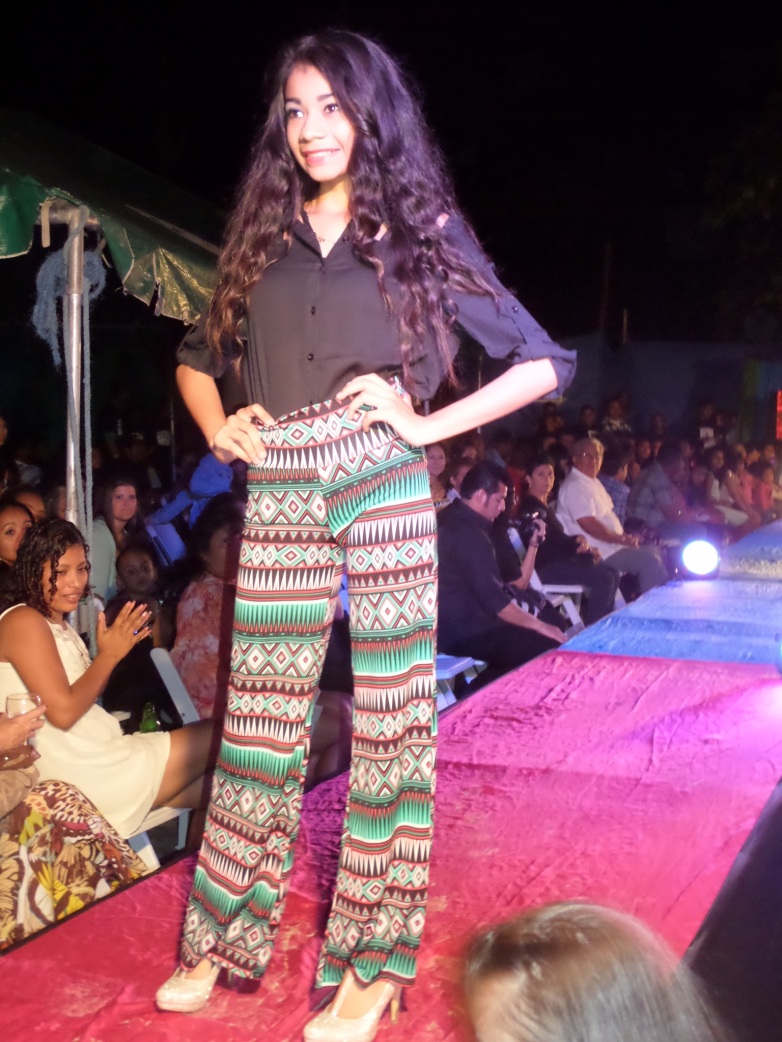 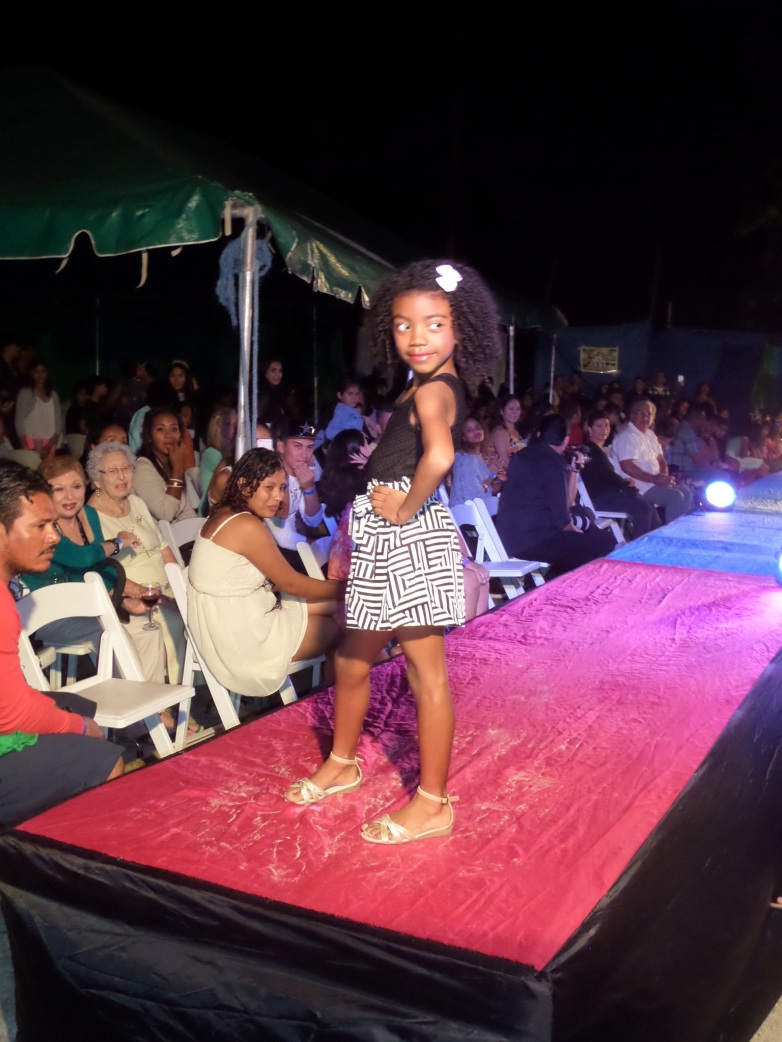 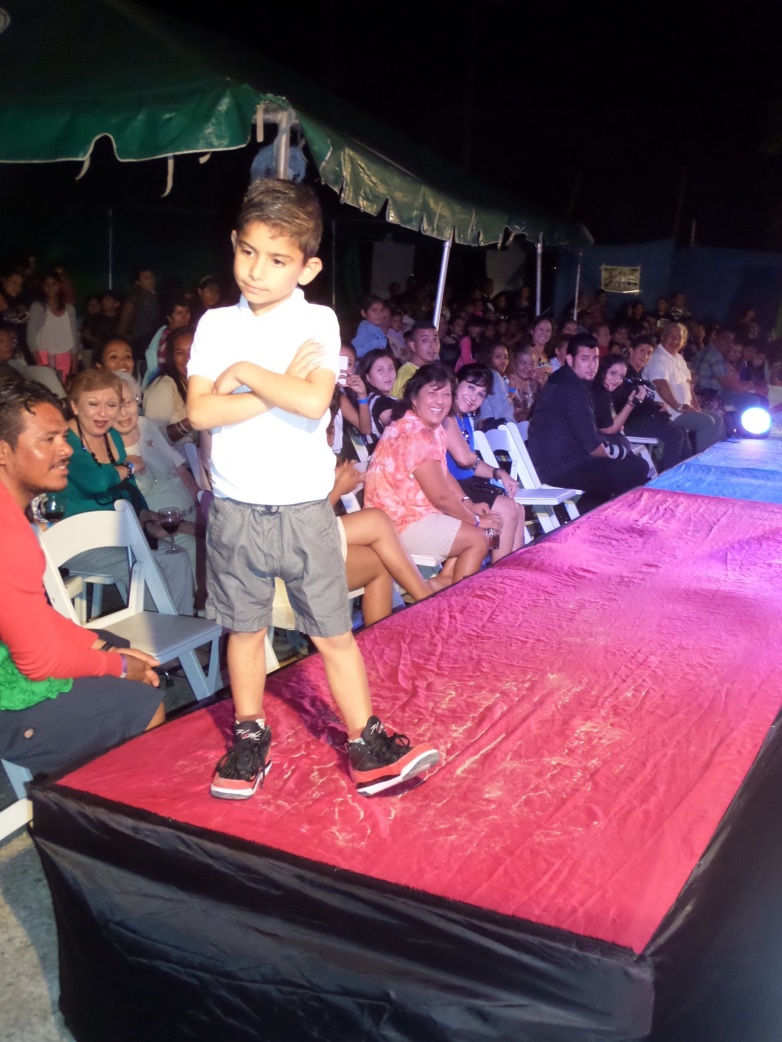 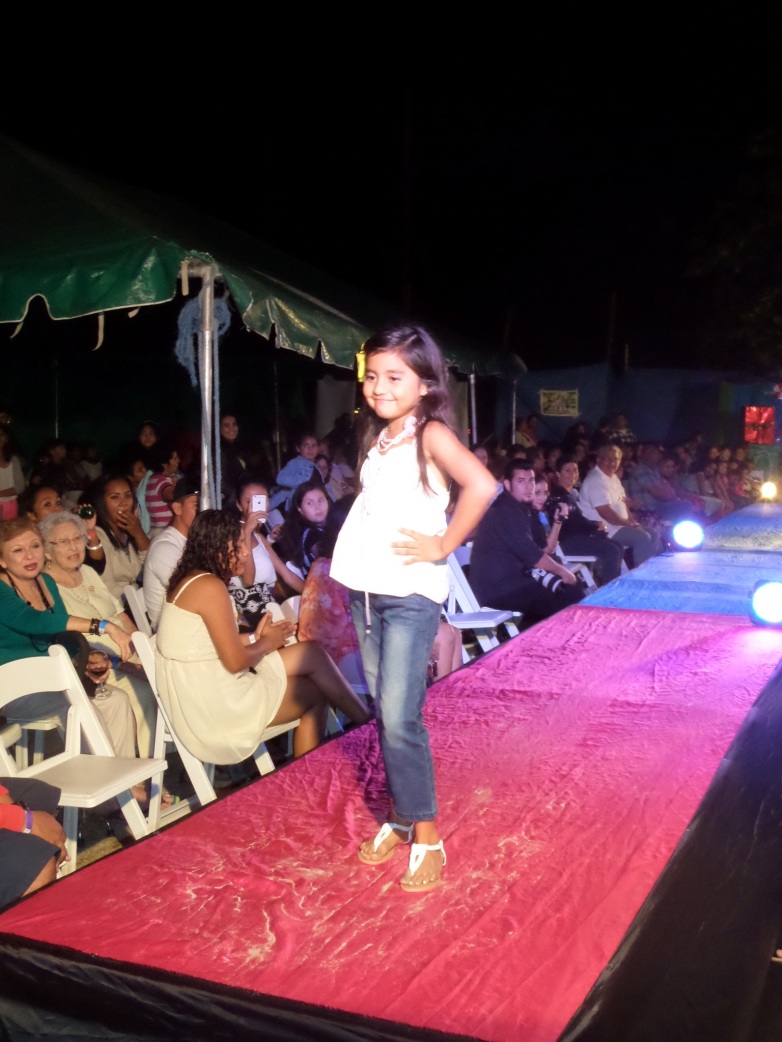 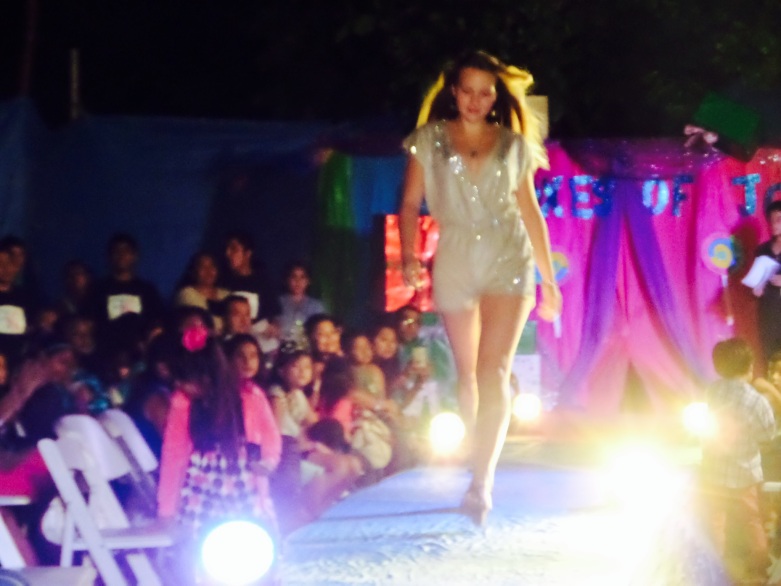 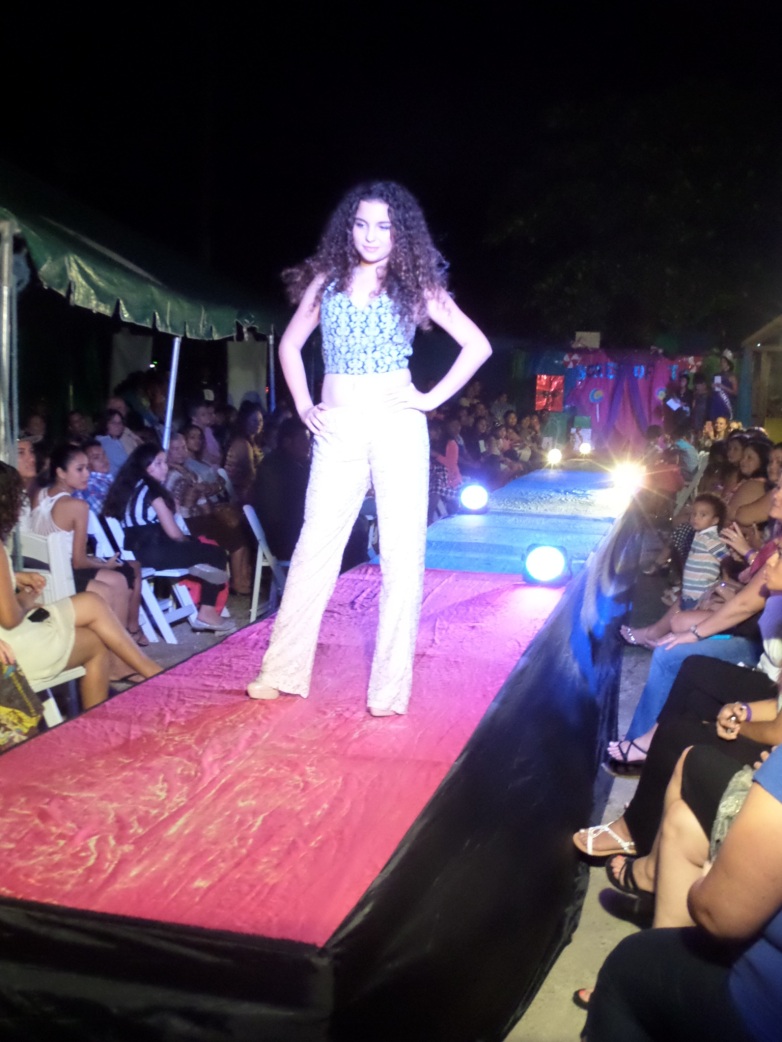 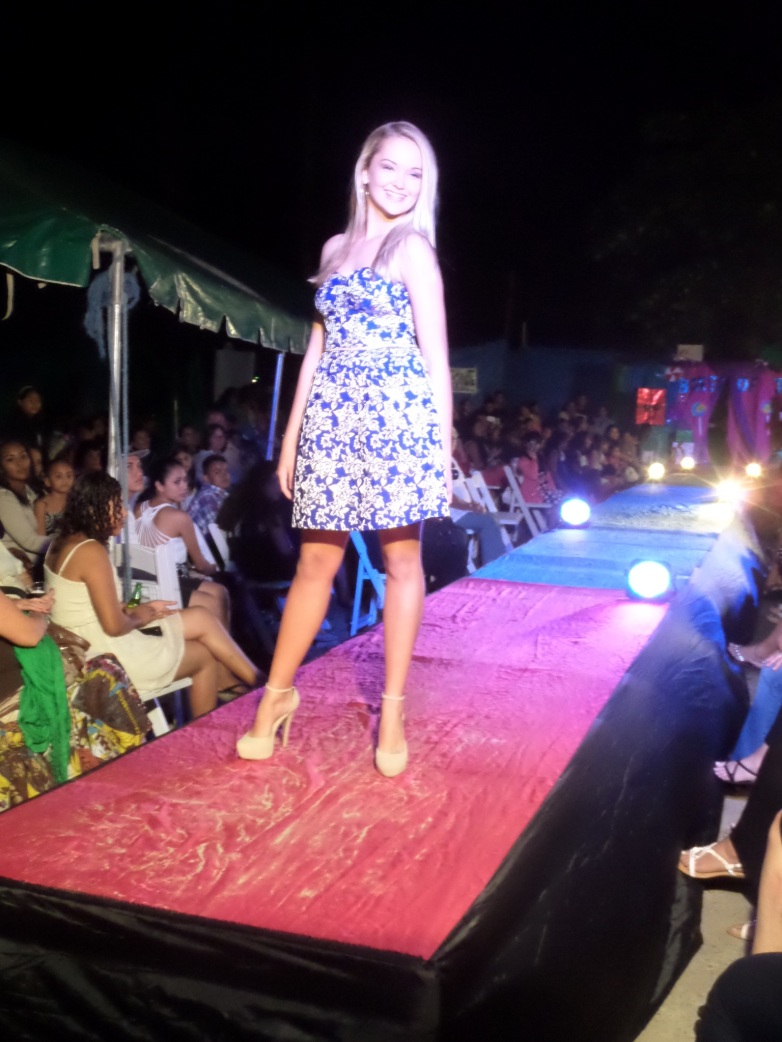 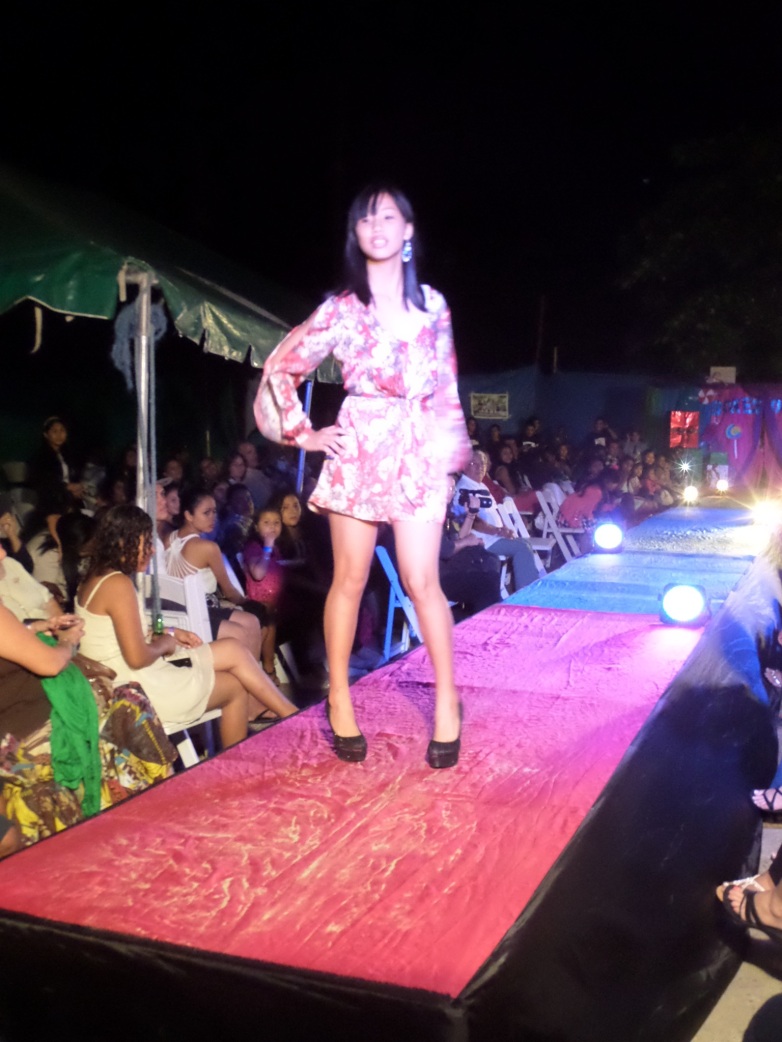 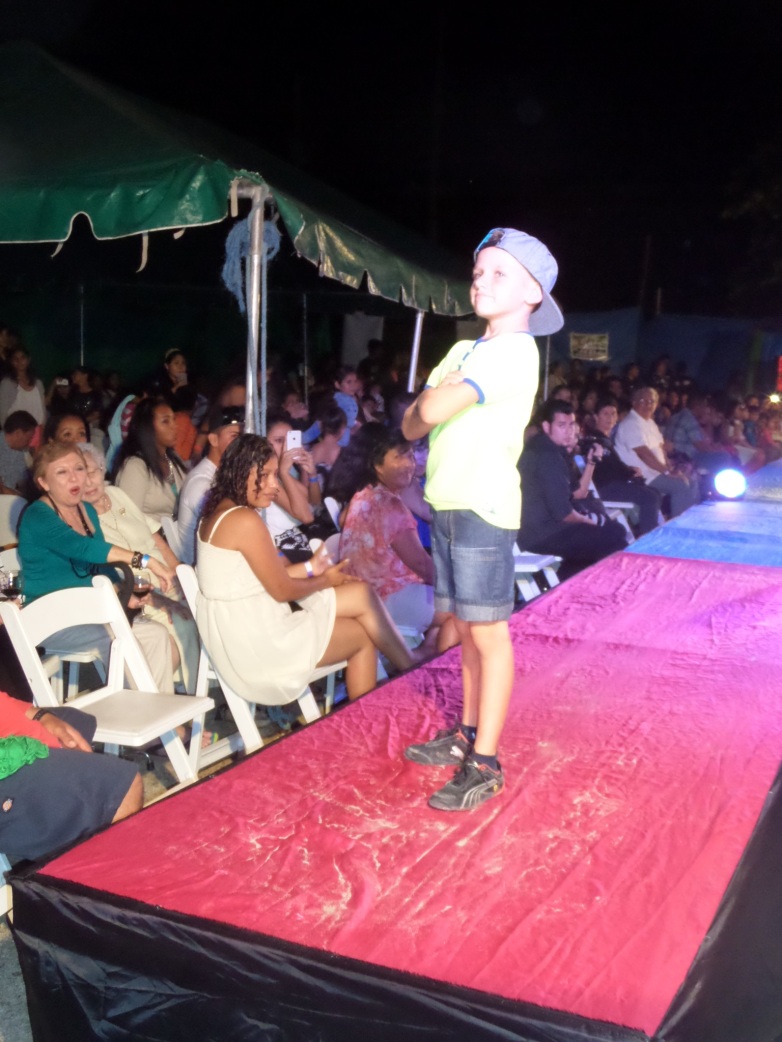 Now that’s what you call attitude. The RIGHT attitude.

The headline for today’s edition is based on the single released in 1980 by David Bowie which reached number five in the UK Singles Chart and number seventy in the US Billboard Hot 100.