Regular readers will know (well I have probably mentioned it to the point of boredom) that I spend a fair amount of time when I get up -‘me time’ as I refer to it- out on the veranda (the western, lagoon facing one on the first floor) with a mug of black coffee and my iPad (yes, equipped with a camera Mike).

I normally start off with The Times online but when I’ve satisfied my need for news I normally switch to Facebook and it was while I was on Facebook that a couple of posts really caught my attention.

The first was posted by a guy by the name of Larry Harmon who has created a free to use type of craigslist specifically for Belize amazingly called Belizelist.

The concept of this type of website specifically for Belize intrigued me and I contacted Larry to find out a bit about him and the aspirations he has for his website.

First Larry. Well, he came and lived here for six months around four years ago with his business partner before returning to Ohio but he continued to have Belize in his heart and in his thoughts . Last year he returned for a holiday but this time with his girlfriend. She obviously liked it too because after a little bit of persuasion on Larry’s they recently moved here.

So why Belizelist? Well Larry is a software developer by profession and wanted to use his skills to ‘put something back in to Belize’.

He assures me he’s not looking to make money from this (all adverts can be posted absolutely free of charge) but he does want the website to be a success. So if you’ve got something you want to shift. Or something you’re looking to buy, then try Belizelist

If you’ve got any questions or suggestions then Larry would like to know and you can do this via email :
larry@hwisite.com

The other post that really caught my attention was by the San Pedro Business Association to try and engender participation in and sponsorship of the Holiday Lighted Boat Parade which last year had to be cancelled because of a lack of support.

Rose and I were fortunate (purely happen chance) to be in San Pedro for the inaugural event in 2006 and have attended every one since apart from 2011 when we were preparing for our full-time move here. We resumed the love affair though in 2012 and do hope it reemerges this year stronger and better.

Friday was the big day, the day to take Ziggy back to the San Pedro Animal Hospital to find out if the medication had cleared up the ear infection he had caught through his Iove of swimming in the Caribbean Sea.

Before we set off though we fitted the golf cart with the ‘raincoat’ we bought for it last year. We’d got absolutely drenched on the Wednesday evening and with the sky showing every sign of rain I said to Rose “We won’t get fooled again” (didn’t see that headline link coming, did you). 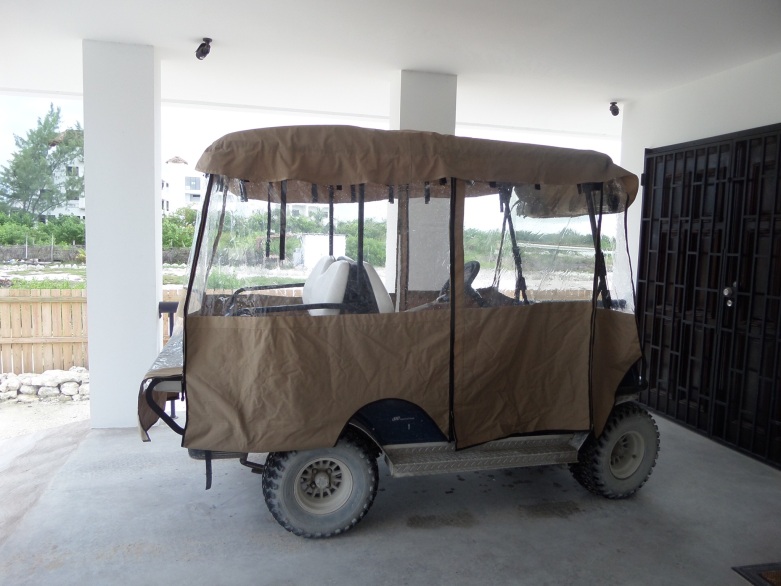 Not the most stylish of ‘raincoats’ but … when you see this 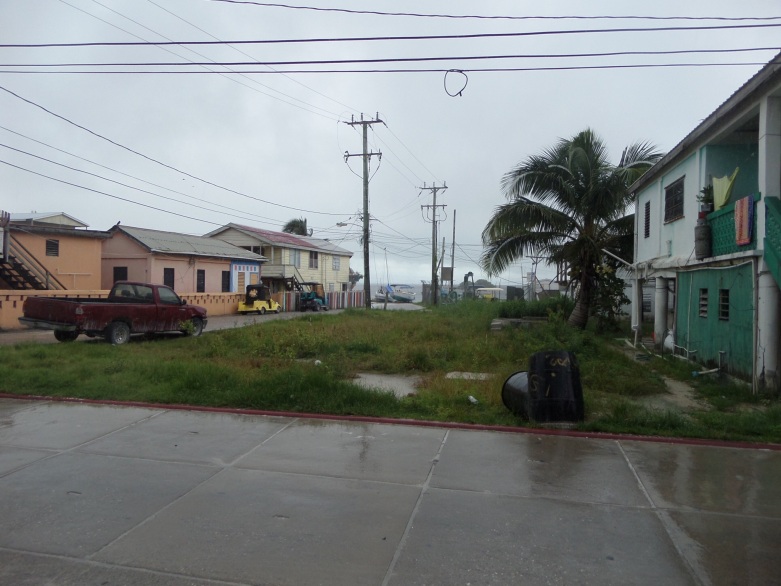 and it turns to this

‘Park’ the brolly (umbrella for non UK readers) for a bit of shopping!

style doesn’t come in to it. Whether it’s effective and keeps you dry does. And it did!

The headline for today’s edition is based on the single released in 1971 by The Who which reached number nine on the UK Singles Chart and number fifteen on the US Billboard Hot 100.