Out on the veranda -yes, the western, lagoon facing one (are you getting bored with me letting you know which one?) at 05.15 hours yesterday with a mug of black coffee (without sugar if you haven’t read the blog before) and my trusty iPad.

Straight in to The Times online and to the Register (formerly the Obituaries) – it reminds me how lucky I am. I can still read them, and am not one of them!

And then to the Sports’ pages to relive (Arsenal has this affect on me!) Arsenal’s convincing win over Galatasaray.

I finished off my early morning reading with the Business section – it reminds me of what I don’t miss! – and then it was time to get ready. We had errands to run.

First job on the list was to take Ziggy to the San Pedro Animal Hospital for a check up. His first since he joined our family. 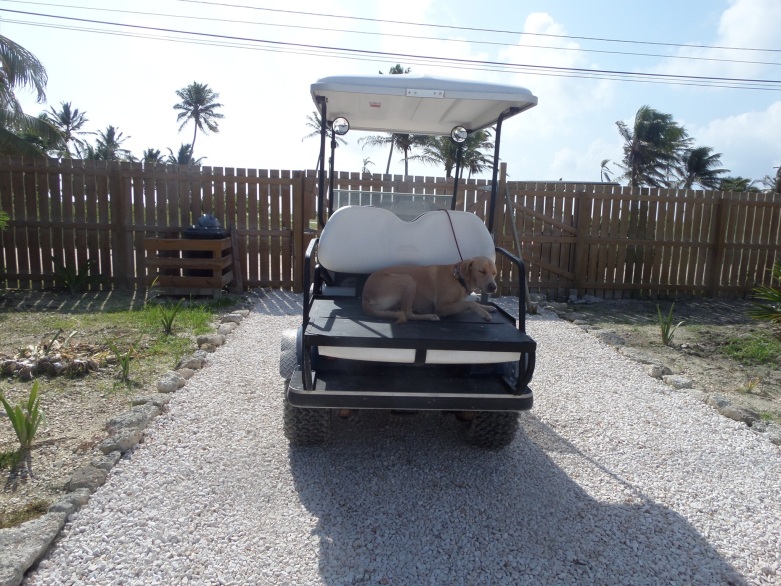 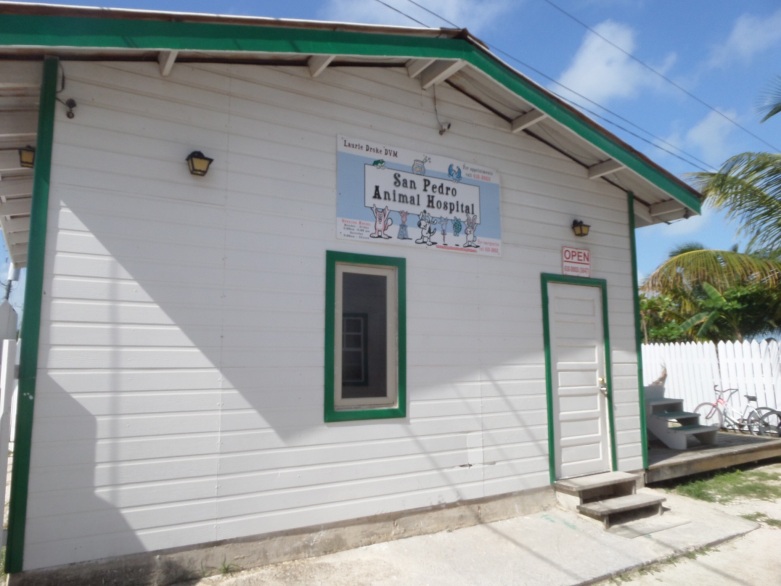 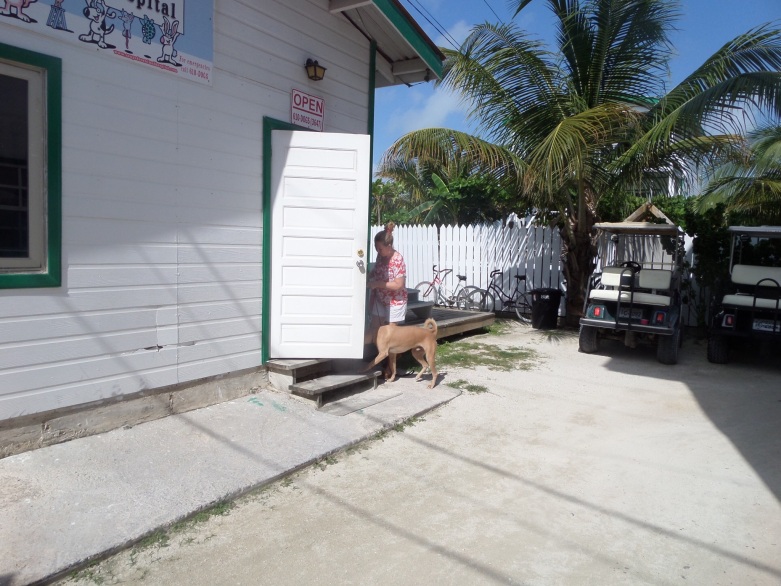 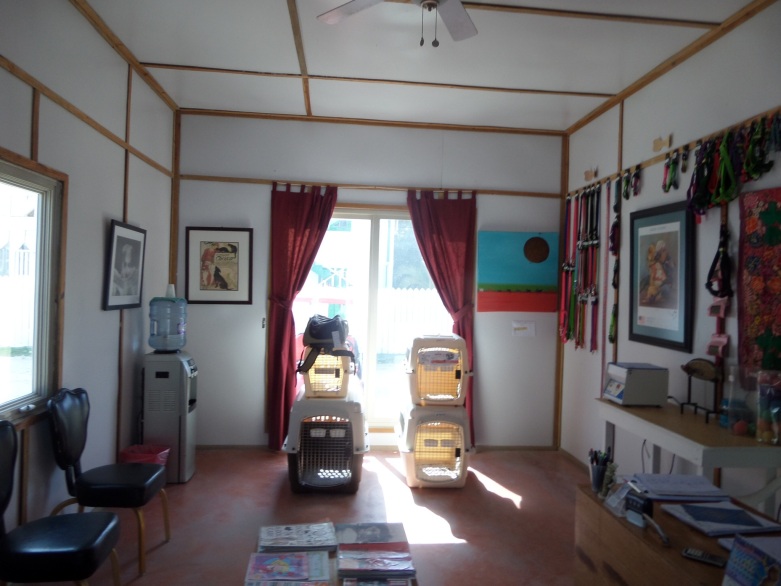 he went in to the lion’s den! He didn’t know that in addition to the check up we’d also booked him in for a tick and flea bath, 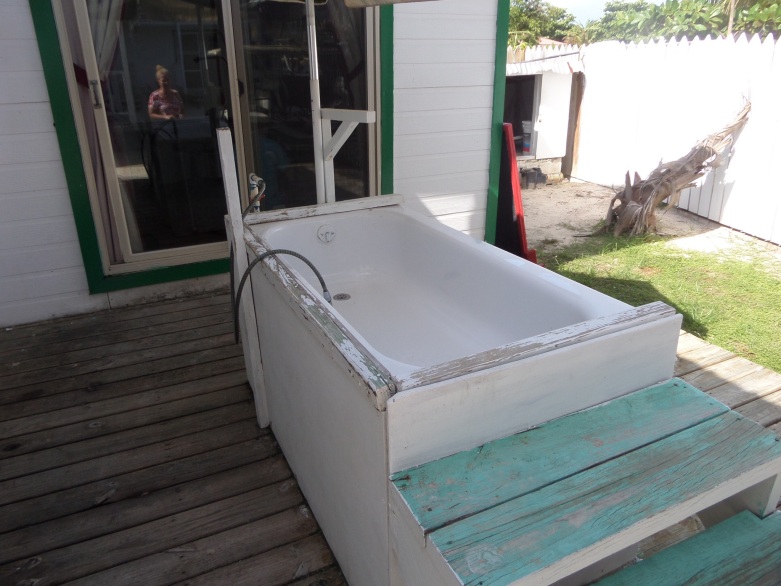 to have his nails trimmed. Oh, and a chronic irrigation -yes I know its colonic but it sounds chronic to me!

With Ziggy ensconced at the vets Rose and I headed to ‘Town to renew her Belize Drivers Licence. It seemed like only yesterday that she got it but that’s how quickly the year seems to have passed!

The first time you get a licence it’s for a year but for renewals you get the option of getting one for three years and that’s the option Rose elected to go for. You don’t save any money but …

Rose was dreading having to have her photo taken (every year that passes and all that) and was as pleased as punch when the lady told her they would use the same one as last year. As she was told this I heard Rose mumbling something about being forever young (or young forever)! If she’d had her way though she would have used this photo!

With the licence renewed (BZ$ 180) we headed to Coral Cable to organise an Internet service to start at the end of the month. We’ve been using Smart’s service for the last year and although we know people that it works very well for it just hasn’t “done it” for us. The recent decision by BTL means that we will get double the bandwidth for the same price. I’m sure it will still be slow but hopefully not as slow!

I said goodbye to Rose at The Greenhouse so that she could take care of the more menial stuff (I’m either very brave or very stupid today) while I took care of the important stuff. Breakfast at Estel’s. To have got so close and … Well it would have been criminal!

Rose joined me for a coffee and just in time to get a hot off the sewing machine, stylishly chic 2014 version of Estel’s “T” shirt.

C’mon admit it, you want one too!

With the errands done we went to collect Ziggy and found out that he has an ear infection. Apparently caused by his love of swimming in the sea. The medication we got for him though should clear the problem up very quickly. It needs to. I mean we can hardly have a Head of Security that can’t hear! 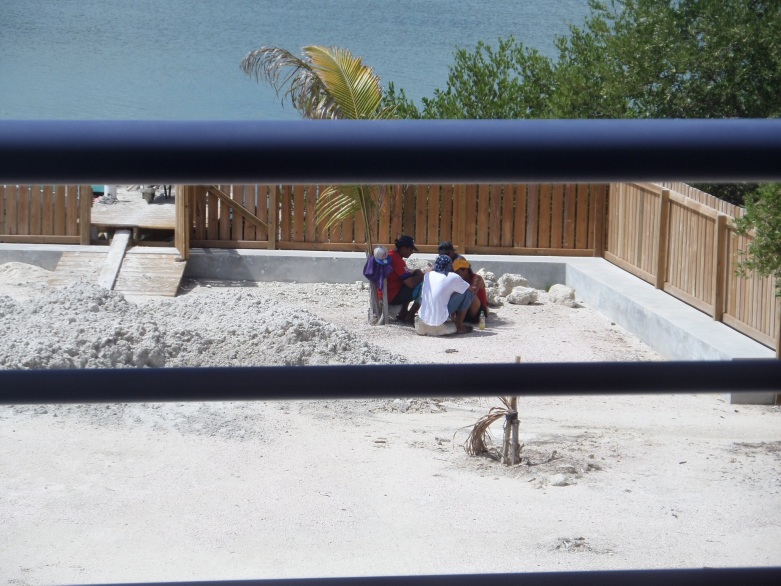 Or talking about filling the garden!

Not really. They’d actually been hard at work

Bringing in the fill. 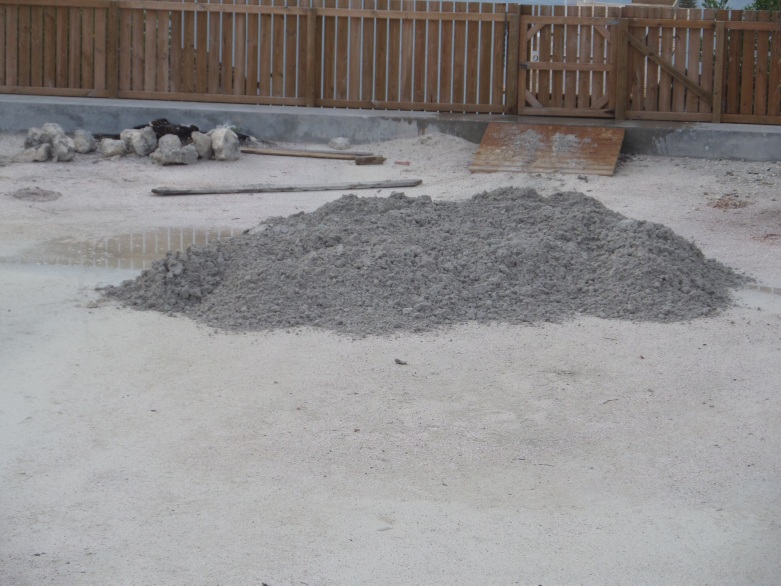 And the pile grew. 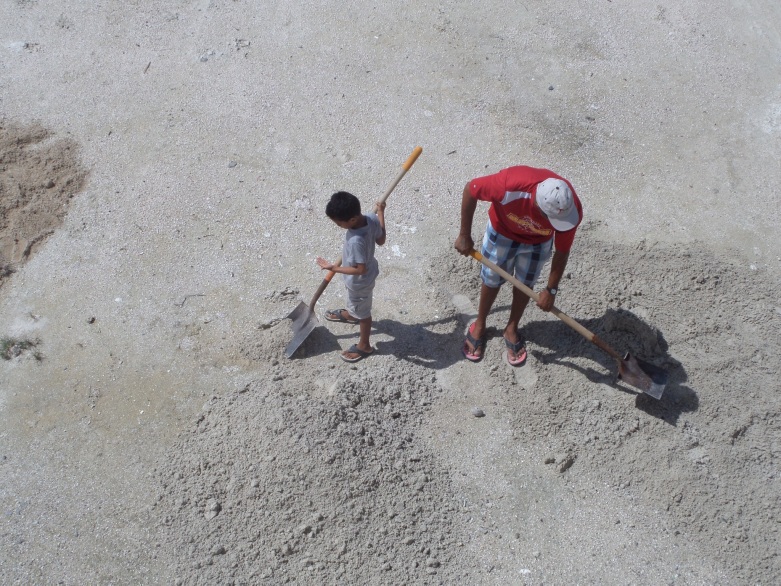 And Lloyd and his young son Alex (they do start them young in Belize) spread it around.

Me? I sat around until it was time to bring the boat back to our dock. It’s a hard life! 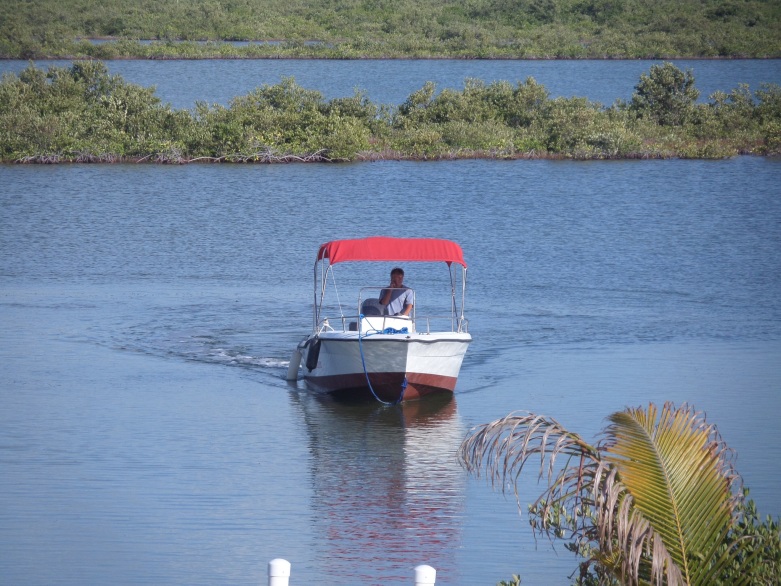 The headline for today’s edition is based on the single released in 2009 by Jay-Z and reached number ten in both the US Billboard Hot 100 and the UK Singles Chart.