A few months ago when on Facebook I started to see postings about Bart’s Bash. I didn’t really take a great deal of notice of them. I just assumed that it was some sort of Simpsons family reunion!

The number of posts increased though and this piqued my interest and I got on to Google and found that I couldn’t have been more wrong (not a “first” for me I’m sorry to say!). It had nothing to do with the long running TV series at all.

Bart’s Bash, I now know, is a global sailing and fund raising event set up by The Andrew Simpson Sailing Foundation to join together sailors across the world to set a Guinness World Record and, more importantly, raise money for charity.

For those of you not aware, Andrew “Bart” (nicknamed after THE Simpsons’ character) Simpson, MBE was an English sailor who won a gold medal for Great Britain in the Star class in the 2008 Beijing Olympics. He was tragically cut down in his prime at only thirty-seven years of age when the catamaran he was training on for the America’s Cup capsized.

So what’s this got to do with San Pedro you’re thinking. Well, quite a lot actually because the San Pedro Sailing Club was one of the 754 clubs from 65 countries around the world taking part in this momentous event today.

An invitation I just couldn’t resist!

I arrived at Caribbean Villas Hotel around 07.20 hours for an English breakfast. I’d been told years ago that if you’re going out on the sea eat a hearty breakfast. Well I know I was only there to watch but … you know me by now, any excuse!

San Pedro’s origin is that of a fishing community with people that had a love of the sea. Today that spirit and proud heritage was rekindled when seventy sailors from San Pedro with ages ranging from 10 to 72 assembled to “man” the thirty-one boats representing San Pedro’s involvement in this world record making event.

And they were there to do it together because sometimes you can’t make it on your own. 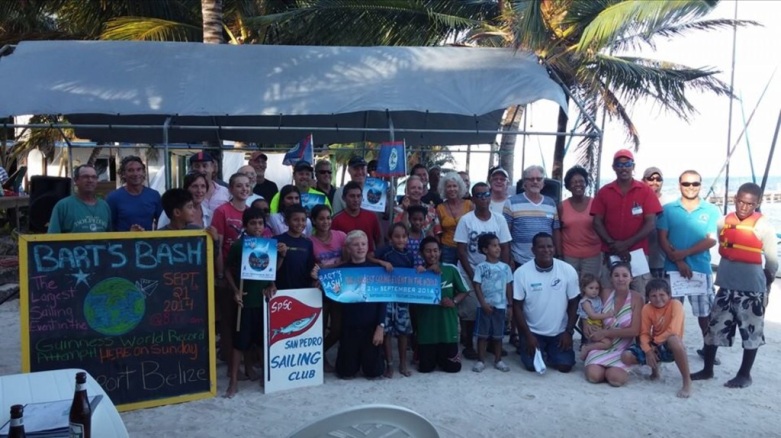 Oh, I forgot to describe the course. 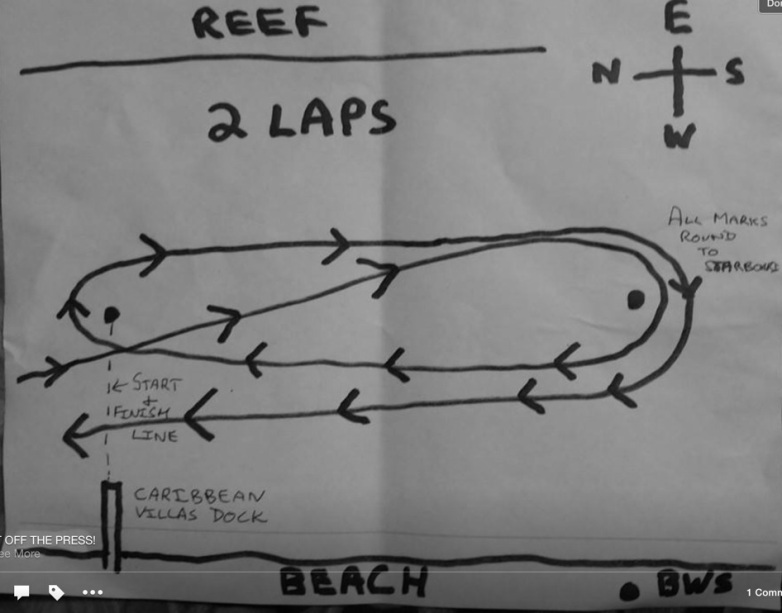 I’d just taken my first bite of breakfast when the first of the competing boats arrived. 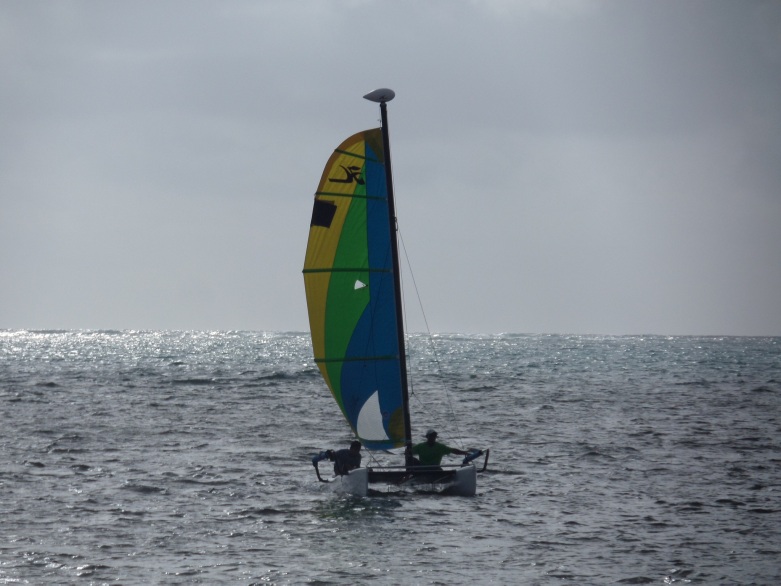 No Worries Tours – based 7 miles north of ‘Town.

Greeted by Cindy, one of the organisers.

And a boat with my name on it . How cool is that.

Slowly but surely the boats arrived for the race 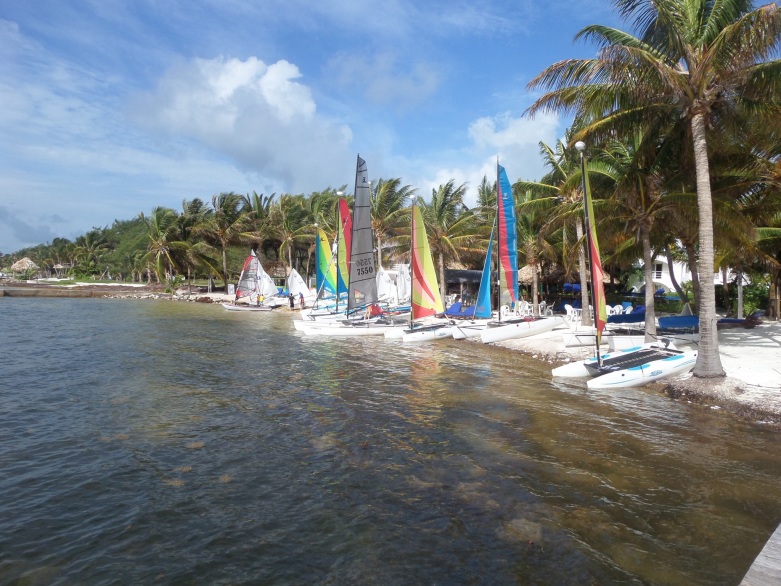 and then set off for the start line. 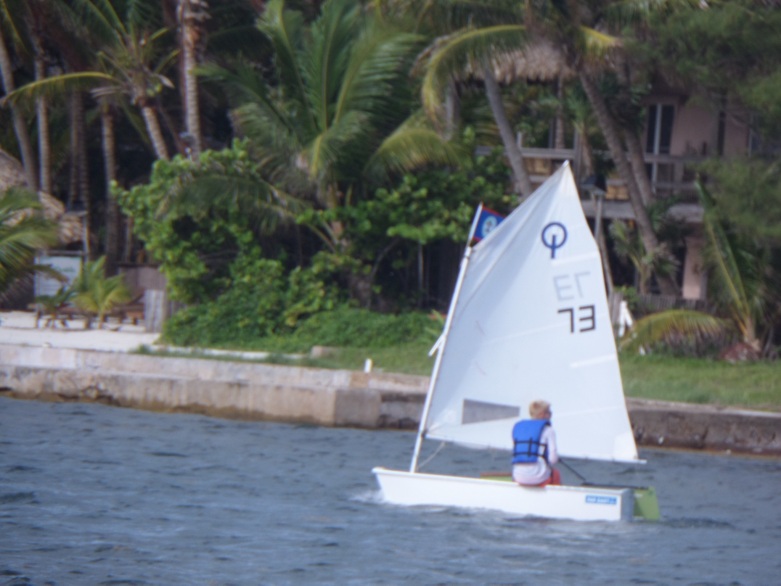 And then the Mayor arrived to get the race underway. 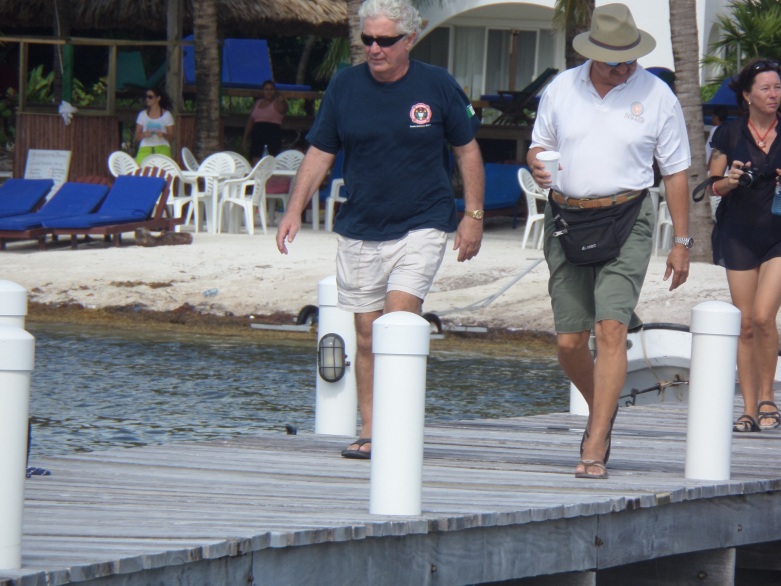 He studied the course

and the control center

and they were off. 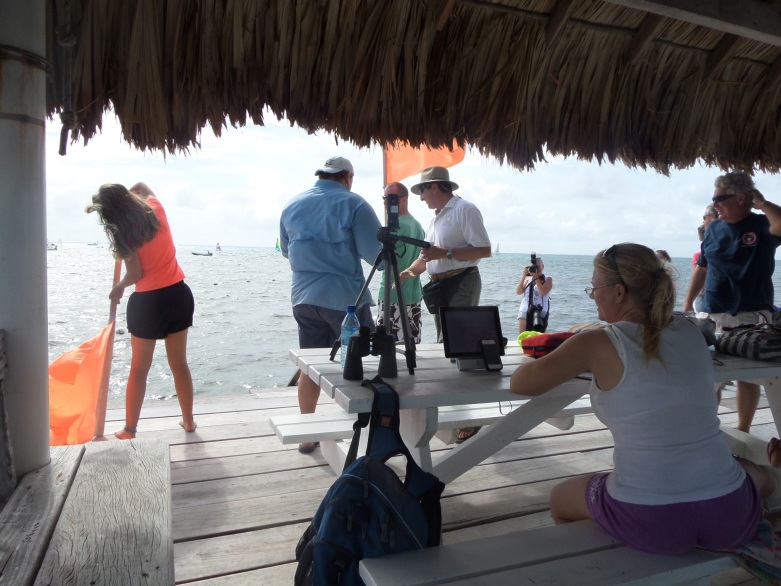 It was a hard fought and tight finish but Willy Leslie just edged past Andy Milner at the finish line to come in first.

Today wasn’t a day for first, second or last. Every single participant was a winner. And for once I’ll say that everyone was AWESOME.

Today I witnessed “Industrious hands, Intelligent Minds, Together For Belize.

The headline for today’s edition is based on the single released in 2005 by U2 which reached number 1 in the UK Singles a chart and number 97 in the US Billboard Hot 100.