The tranquility of my early morning “me time” out on the veranda (the western, lagoon facing one if you’re wondering) with the mug of coffee -black,no sugar as frequent readers will know- and the iPad has been disrupted over recent months occasionally by worrying thoughts.

What could have been so invasive you’re thinking (actually you probably don’t give a damn) to interrupt this period of the day that I enjoy so much.

Worrying that Arsenal won’t qualify for next season’s Champions League (yes I know that this season has only just begun but you have to think ahead) ? No. Too soon to start worrying about that even for me.

Worrying that the water tank under our house will run dry? Well I have been a little (OK, a lot) that I’d get up one morning, turn the tap and … nothing. But the rain last Sunday washed (terrible I know) those concerns away.

Worrying that I’m getting old? Nope. I know which of the two options I’ve got and I’ll go for “the getting older” one every time!

I could go on but I won’t. Quite honestly I’m a bit bored with the sequence of possibilities and you probably are too.

So what have I been worrying about? My passport, that’s what. It expires in October.

Now had I been thinking lucidly I would have renewed it before we left the UK. But it had nearly two and a half years left on it so I didn’t. And two and half years is a long time. Right? Well yes and no.

Those months have just flown by and I realised that I needed to do something about it and I was going to but then I read about the chaotic situation that the UK Passport office was in and decided that I’d wait until they cleared the backlog. Problem is, they haven’t. But the problem has been acknowledged and British government is allowing passport holders to extend their current documentation.

So yesterday I ‘phoned the British High Commission in Belmopan (well I thought I had contacted Belmopan until the guy on the other end of the line asked me where in Brasilia I lived !) and made an appointment to for next Tuesday to extend my passport by a year. Worries over. Well, for twelve months at least!

Actually whilst mentioning the British High Commission in Belize, if you want a good laugh phone the number and you’ll get through to an automated answering system. I don’t from where or when they got it but it’s like a throwback to the 1940s. Clipped enunciation and awfully, awfully posh. It was worth the wait until I got to speak to a human!

With the worries over I was able to enjoy my “me time” this morning before deciding that I’d give Ak-bol a try out for breakfast. I’ve been there for breakfast but that was a long time ago and, well, things change.

What follows is no more than some photographs as I went for breakfast (thrilling eh!).

Don’t know why (suppose I do really) but this sign conjured up a vision of the road awash with Belikin. Now wouldn’t that be something! 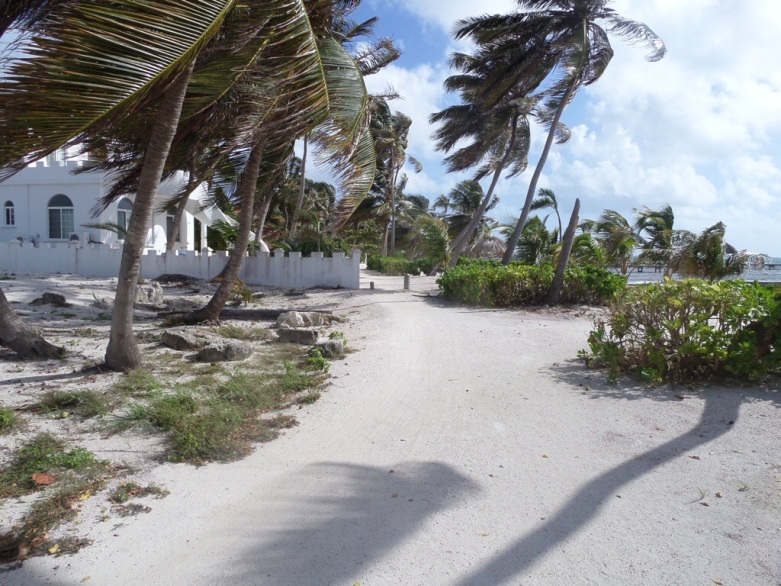 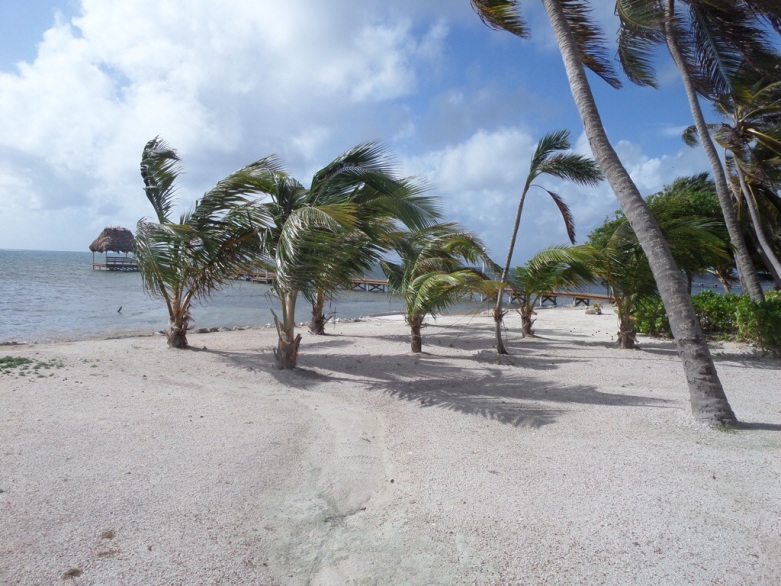 The wind whipped up and the fronds of the coconut trees started to sway violently. I was in for a walk on the wild side (didn’t see that coming, did you?).

And along the path I meandered seeing things that I’d not noticed before. 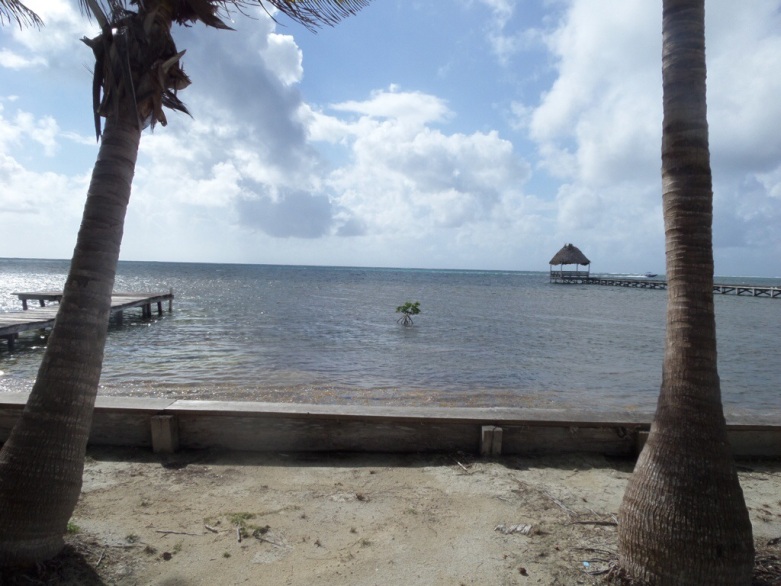 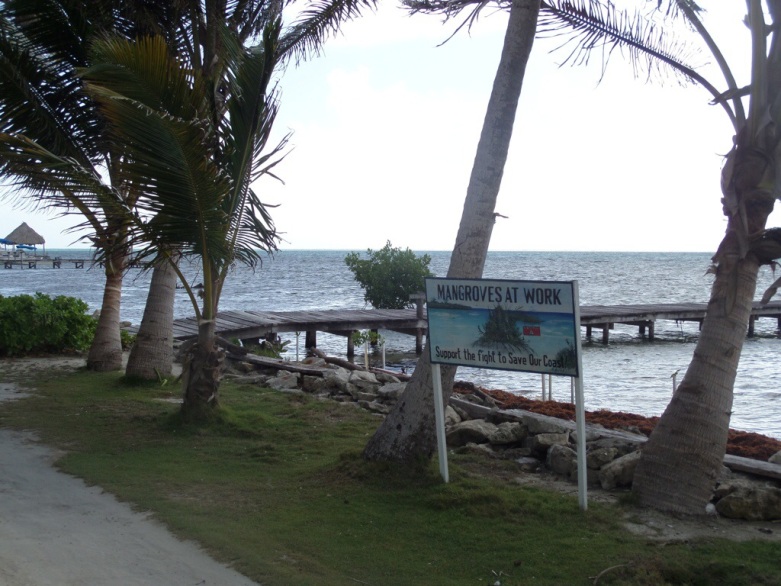 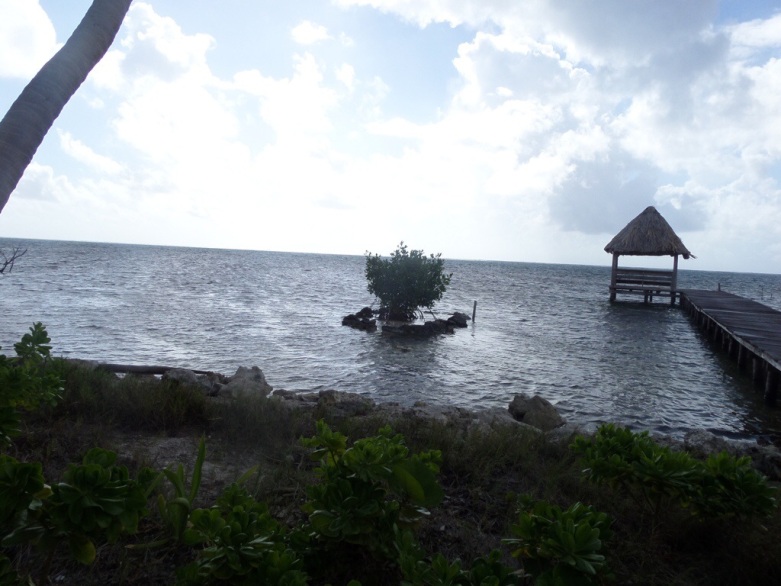 One day they’ll be big and strong like “him”. 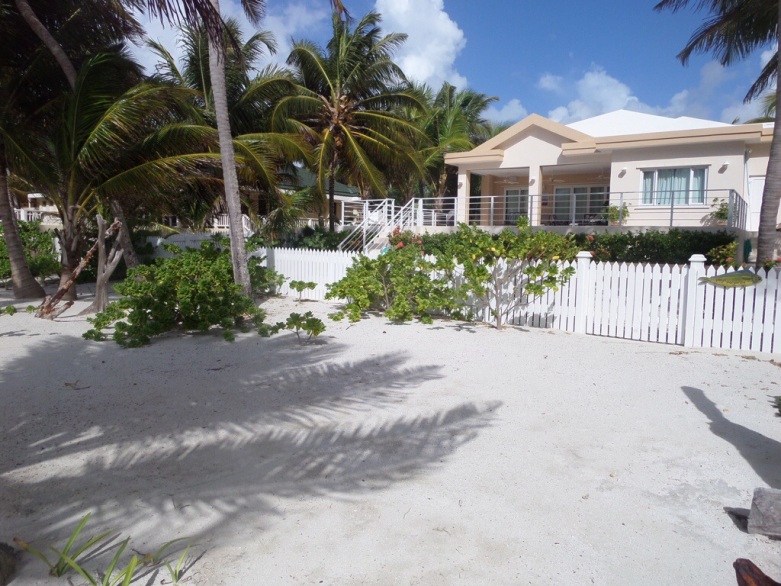 I’m all for keeping unwelcome visitors at bay but

a canon! Isn’t this taking it too far?

The Palapa Bar & Grill. Nearly there.

Old and derelict beachfront home. I bet this looked something years ago (nope – I refuse to say “back in the day”).

I found myself a table (actually I could have chosen all of them – I was the only one there) and within a minute (maybe less but I can’t be precise because I don’t wear a watch anymore) Tua had brought me the menu. 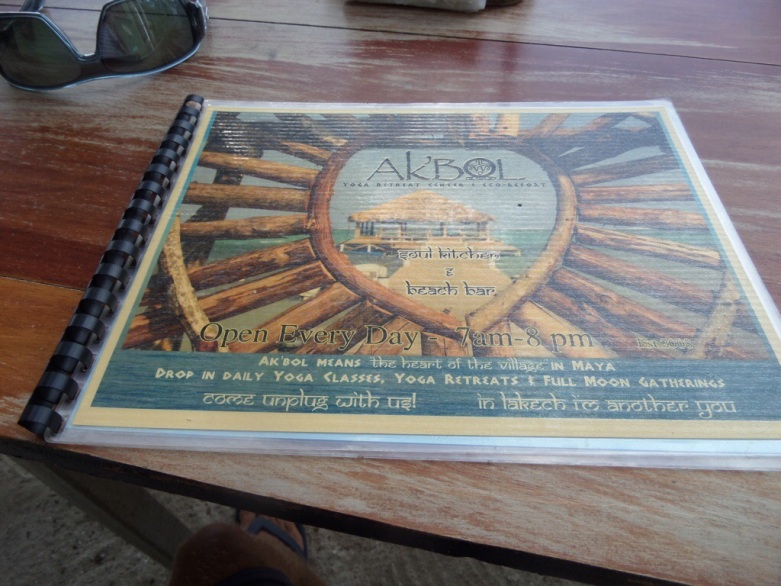 “Now what shall I have?”

And the view. What’s the view like you want to know.

The breakfast was good and at BZ$ 21 it was reasonably priced. But the ambience of the setting was spoilt for me. My breakfast was served on a plastic plate. Now I’m not snob (that unless my time listening to the British High Commission’s messaging service contaminated me) but a plastic plate just doesn’t “do it” for me.

The headline for today’s edition is based on the single released by Lou Reed in 1972 and reached number sixteen in the US Billboard Hot 100 and number ten in the UK Singles Chart.