Before I start today’s edition I’d like to make a few comments about an edition I published a few months ago entitled “Come Fly With Me“.

In this edition I wrote about a dispute between Tropic Air and Construction Depot over a strip of land close to the San Pedro airstrip.

I sourced all of my information from other media which I have now established did not always contain accurate information and/or all of the relevant facts. I (and this is rich coming from someone who worked over forty years in the national newspaper business) trusted everything I read and incorrectly published a very “black and white” piece”. I now know that the dispute was not that “black and white”.

I’m pleased to say though that the matter has now been resolved to all parties satisfaction.

Yesterday morning I got up at 04.00 hours and went straight for a shower, a shave and a brush for the old molars ((long-time readers of this blog will know that quite a few of my teeth (implants) are actually quite young/new)) and then dressed (this doesn’t take too long when you’re wearing shorts and a polo shirt).

Downstairs in the kitchen by 04.20 hours and out on the veranda (yep, the western, lagoon facing one) by 04.25 hours with a mug of coffee (black, no sugar) and the iPad and straight in to The Times online. No wasting time listening to the ripple of the water. No trying to detect from which direction the chirruping of the birds was coming from. I didn’t have time for that today.

So why the urgency you’re probably thinking . You always give the impression of just sitting there and taking it all in. And I do normally. But not yesterday.

In all the years that we came here on holiday and especially during the twenty-seven months we’ve lived here permanently we have often spoken about, but done nothing about, “being there” when the Mennonites bring a boat over from the mainland laden with fruit, vegetables, milk, cream and eggs.

Well around two weeks ago when I read a blog that Tacogirl had posted Rose and I had a chat and agreed that we would go and see exactly what was on offer. So now you know why the hurry on my part. And why I only got one mug of coffee!

Rose (unusually so) didn’t take too long to get ready and we set off from home at 04.55 hours. 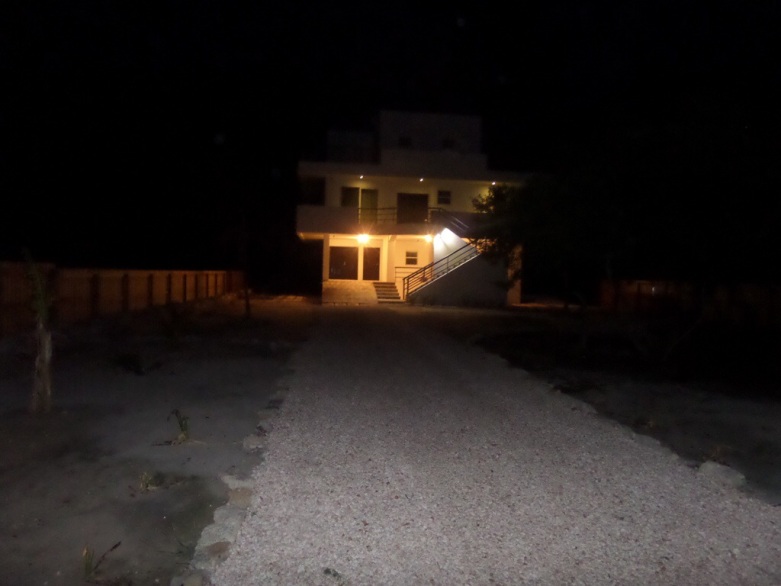 We got to the pier where the Mennonites sell their produce from ( on the lagoon side just north of the new San Pedro Water Taxi Terminal) at 05.10 hours and saw fishing boats setting off for the day.

They weren’t the only ones working though. The Mennonites were there and what they had on offer was stacked neatly on the dock.

As we walked towards the dock we could smell the aroma of the fresh fruit and vegetables – at this time of the morning there was not a trace of the pervasive smells of cooking that can dominate as the day progresses.

As we walked down the dock we could see that there were already around fifteen to twenty people there testing the fruit and vegetables for ripeness. We joined the throng and shuffled around the dock as Rose filled a bag with “this” or “that” and passed it to me as she filled another one.

Having chosen everything that we wanted we joined the queue whereupon Rose adopted the “elbows out, you will not pass me position” ((skilfully (and expensively) developed from years of supermarket shopping in the UK)). It worked to a degree but there were some very expert queue jumpers there.

Eventually though we did make the front where the Mennonite in charge of the operation either weighed or counted our purchases, tapped the requisite amount in to his calculator until he’d tallied everything up whereupon he “presented” the calculator to Rose. BZ$ 88.25.

Rose handed over the money, we loaded the golf cart up and headed home and were in the kitchen ninety minutes after we had set off. 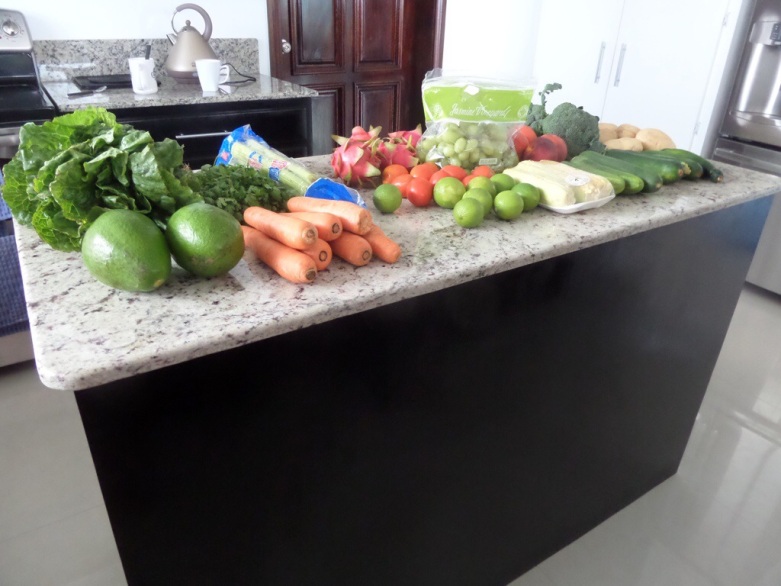 Do we think it was worth the effort? Oh yes. Will we be doing it again? But next I’ll go alone and be there 03.00 hours when the boat comes in!

we got when we purchased a pig from the mainland a few months ago.

Ziggy made short shrift of it 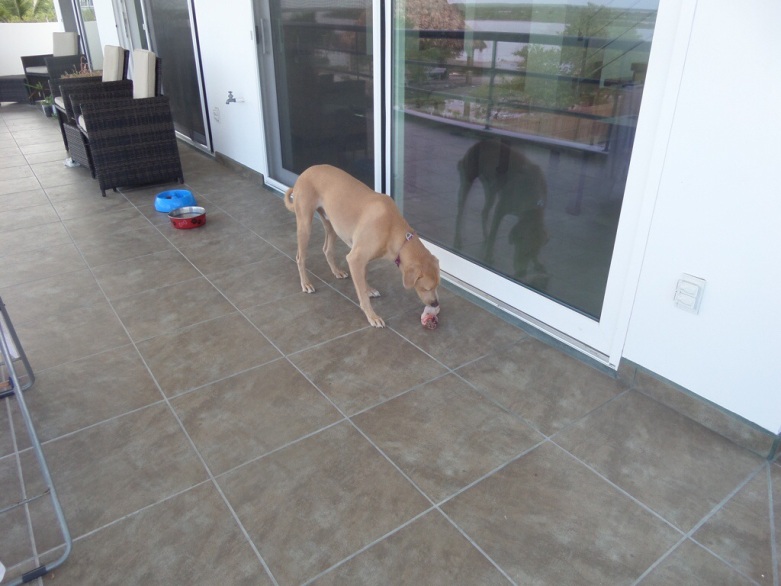 and in less than twenty-five minutes the trotter was no more. Good boy Ziggy!

The headline for today’s edition is based on the theme song of the TV series of the same name which first aired on BBC in 1976. The song was sang by Alex Glasgow.