But as I’ve heard John say quite a few times to Rose (she really is rather nice) “Better late than never”.

After my exertions early last week producing an edition I took a well deserved rest. I’m still fairly young and am definitely a novice when it comes to finding my way around John’s iPad (well any iPad actually). I think I found this blogging thing a bit more of a challenge than I initially thought it would be. I suppose that’s understandable though really given that my previous experience with and knowledge of the written word has been with Army reports. But I’ve enjoyed some “R and R” ( that’s an Army term referring to “rest and recuperation”) and I’m ready to give it another go.

I spent quite a lot of time during the week getting to know Rose ( I now like her quite a lot) and John a bit more and on the Tuesday I helped them to celebrate their 25th wedding anniversary. They didn’t do this in a big way. Actually it was a rather low key affair but I enjoyed it nonetheless and especially when all three of us spent some time looking at some old photographs of the two of them. 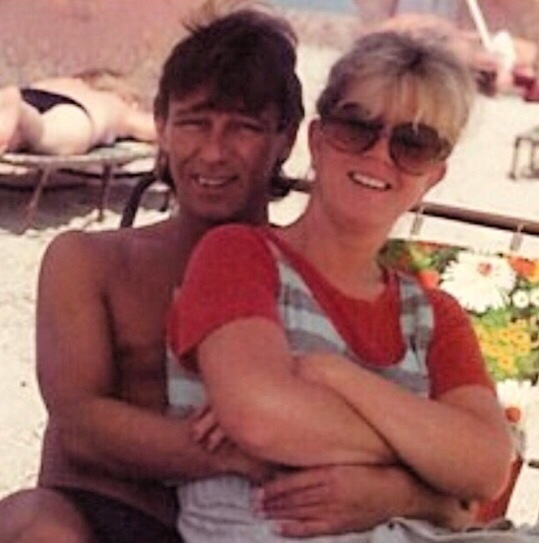 They told me that this one was taken in 1984 when they were on holiday on the island of Kos which, if you’re not aware (and I wasn’t) is in Greece.

It wasn’t all about their special day though because when they went out shopping (leaving me behind to guard our house) they bought some presents (well that’s what they told me they are) back with them. 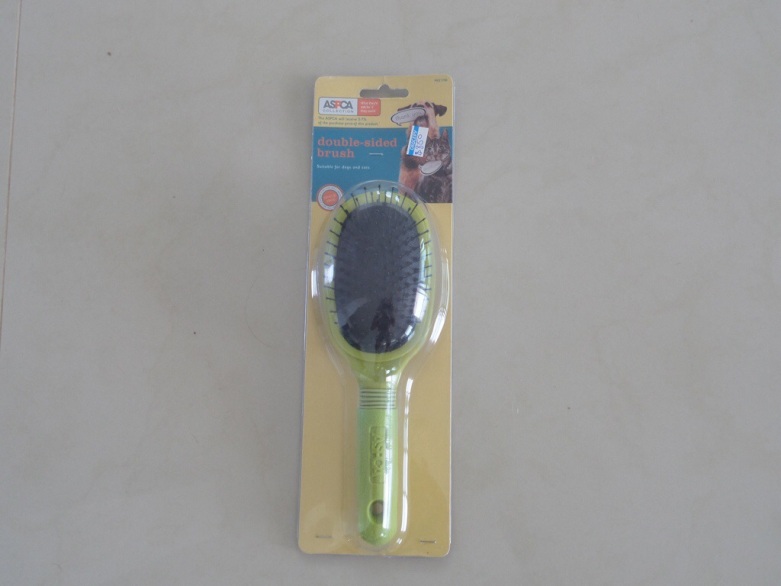 A nice brush to keep my coat (and me) looking good. And 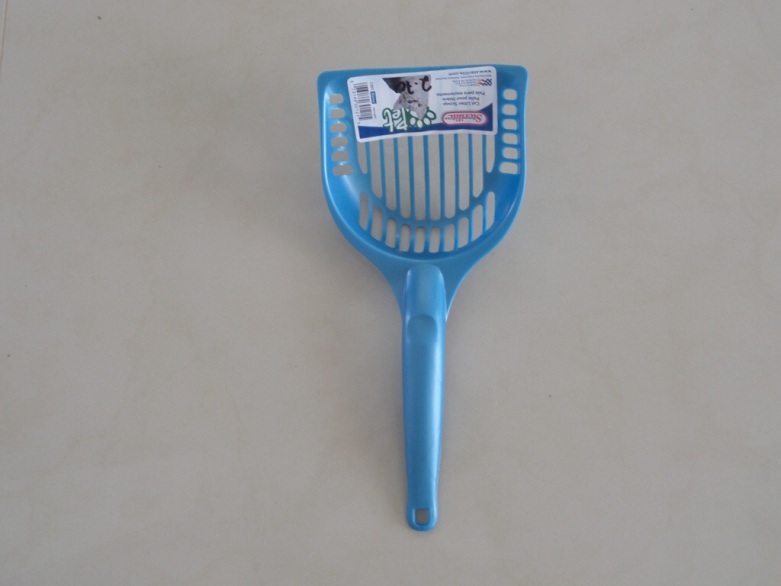 this thing that they keep walking around the garden holding. I know that they want me to “do my stuff” in the south west corner of the back garden but I’m enjoying watching them so I think I’ll keep it this way for a week or so before I “see the light.” And then I’ll be in for some treats!

In the afternoon John let everyone in the area know that “the Zigster” is now in residence when he put my sign up on the front fence.

I’ve -as you’d imagine – spent lots of time in my new garden and have found just the spot for when John is out there weeding.

“What idiot goes out in the sun when it’s hot?”

On Thursday Rose and John took me for my first ride in our boat Gunner. I very quickly found my spot in the shade of the Bimini.

We hadn’t been going very long when John had to get out of the boat and push.

There are some very shallow spots on the lagoon side!

On Friday I helped (well I tried to help!) Rose (I really, really like her) and John tidy up the ground floor apartment. We dusted and then washed the floors and made up the beds ready for the visit of my BATSUB ex-colleague Geordie and his daughters Jamie Louise and Leah Melissa who were coming over to stay with us for a few days.

On Saturday Rose and John went in to ‘Town to pick them up from the airport and bring them back to our house where I helped to settle them in very quickly. They’re around my age so we get on like a house on fire.

John hadn’t been home long before he went out again but returned around forty minutes later with … my Dad Frank. He’d come over to Ambergris Caye to spend his last weekend in Belize with me! Oh, and show his replacement Sean around as well.

After around an hour showing everyone around my home we set off for some fun at the http://www.palapabarandgrill.com.

My Dad and me. Let’s party!

And then some group shots. 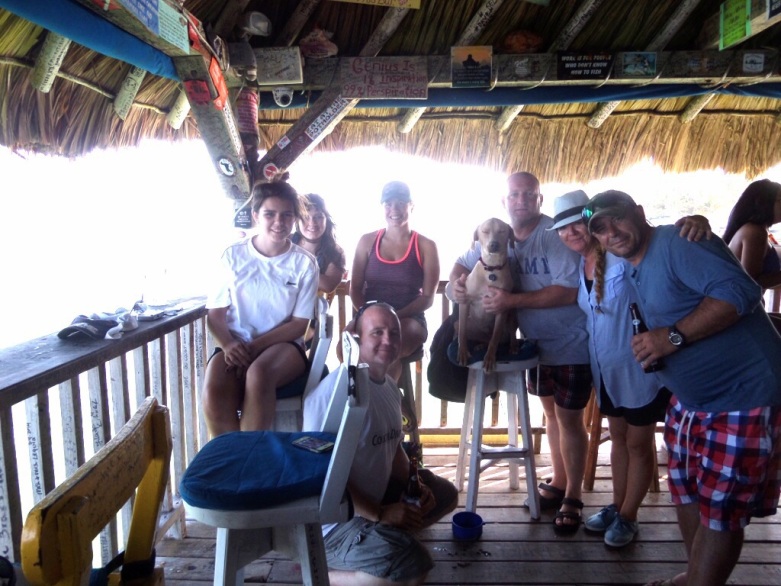 The day ended too soon for me but I did get to play with the remainder of my toys that Dad brought over with him. He also brought over the papers that Rose (she’s very nice you know) and John now need to submit 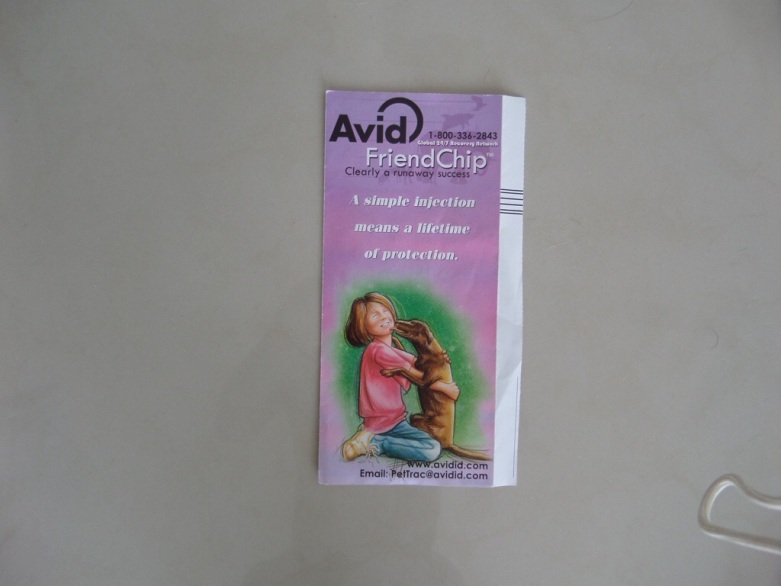 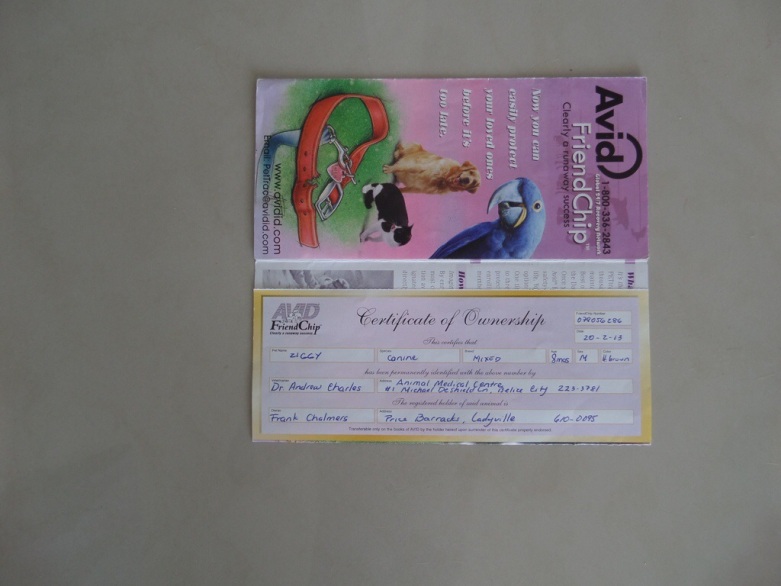 to officially adopt me.

On Sunday morning Jaime, Leah, Geordie, Rose (the nice one), John and me crammed on to the golf cart and went to Estel’s Dine By the Sea to meet my Dad Frank and Sean for breakfast.

We spent a couple of hours there (I now know that John is a notoriously slow eater. Not at all like me) and then it was time to take Sean and my Dad Frank to the airstrip so that they could take the plane back to the mainland. It was sad, very sad saying goodbye to Dad but I just know that he will come back to Belize to visit me one day.

Today’s edition is dedicated to the one I love. My Dad Frank. Oh, and Rose (been telling you that I like her).

“Dedicated to the One I Love” was released in 1967 by The Mamas & The Papas and reached number two in the US Billboard Hot 100 and the UK Singles Chart.

A sad footnote (well for John anyway) – Estel’s Dine By the Sea is closing for the whole of September. Bummer!