As the number of World Cup games during the final week of the tournament decreased I started to get a few things done. I spent some early mornings (starting around 07.00 hours) weeding the front garden and I gave the dock a protective coat of weather shield. 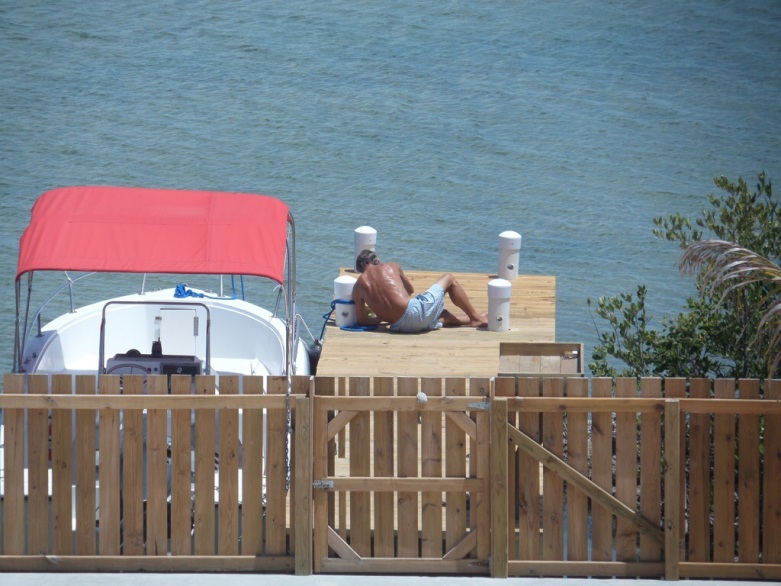 “Honest, I’m not sunbathing. There’s a paintbrush in my hand!” “No comments about lying down on the job please.”

Rose and I watched the two semi- final games at Carlo & Ernie’s Runway Bar & Grill and Rose won a prize for guessing that Germany would beat Brazil.

A very proud and happy Rose with her Coca Cola glass. ” It won’t change our life!”

As to the game, Carlo’s post match message said it all.

Yesterday in readiness for the final I thought I’d go for a change so I took my chair around to the veranda on the eastern (Caribbean Sea facing) side of the house for my ‘me time’ and enjoyed watching the kids of the sailing club.

After a late breakfast (at home, regular readers will be surprised to learn) Rose and I got ready and set off for Carlo & Ernie’s Runway Bar & Grill to secure our seats for the final game of the World Cup between Argentina and Germany.

The game was scheduled for a 13.00 hours kick- off but we knew the bar would be busy so we got there around 12.00 hours and just managed to get seats at the bar.

It wasn’t the greatest final I’ve ever seen (and I’ve now watched fourteen of them) but the closeness of it kept the people in the packed bar on the edge of their seats (if they managed to get one, that is!). 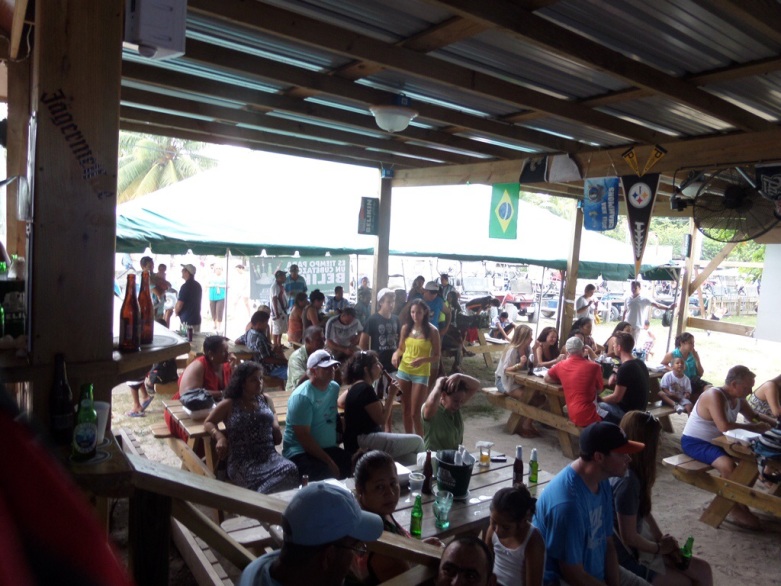 Throughout the tournament Carlo has told anyone who cared to listen (and those that didn’t) that Germany would be the eventual victors. There were times during the game though when he didn’t look that confident.

His team though got the winner in the end and it was time for him to show his relief. 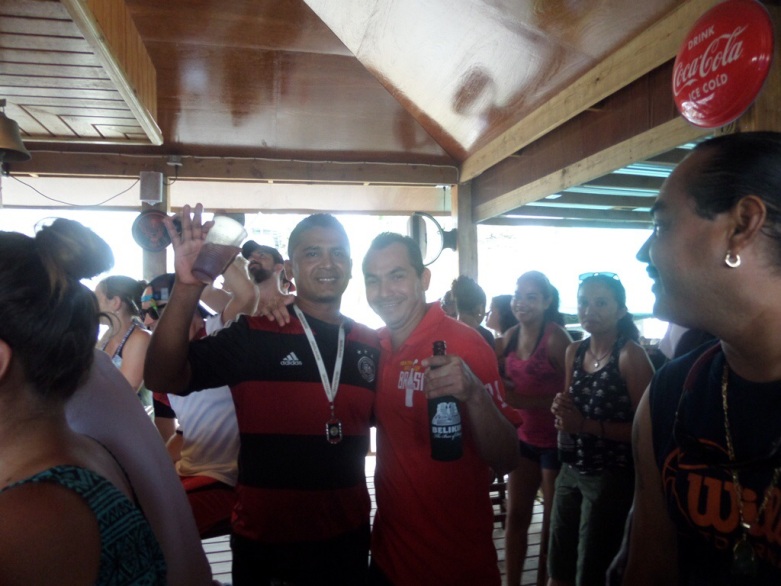 Oh, and to start celebrating.

Now as to the Argentinian fans

they quickly got over their disappointment.

“Don’t cry for me Argentina.”

The headline for today’s edition is based on the single released in 1997 by Madonna which reached number number three in the UK Singles Chart and number eight in the US Billboard Hot 100.