Since I’ve been writing this blog I’ve slowly -I think I may have mentioned before that nearly everything I do now appears to be done slowly (in comparison to when I was a bit younger that is)- realised why writers (well I do write. OK it will never be described as literature but I do write) are often described as ‘suffering from writer’s cramp’.

When I first started this blog it was (relatively) easy. I mean what could be much simpler than documenting (and ‘throwing in’ a few photos) what took place on the build of our house on Ambergris Caye the previous day. I mean, it virtually wrote itself! But the build of the house was finished last November and I now need things to inspire (allow me to indulge myself for a misconceived and fanciful moment or two trying to delude myself that there is anything remotely bordering on creativity for the stuff that I put ‘out there’) me to write something.

My ‘me time’ on the veranda in the early morning with the mug of black coffee and the iPad sometimes does the trick. I found myself racking my brain (OK that didn’t take long did it) but nothing. Or “nada” as they say here. A distinct absence of anything remotely close to stirring me in to action that is until I got demands (OK, a gentle hint) from my readers (OK, one reader -and thank you for that Kristina) that I put an edition out. Inspiration sometimes comes from the most unlikely of places, things or people ! So here goes but don’t blame me. Oh no, blame Kristina !

Had I known that I could be so easily persuaded (read a push-over) I would have got out there and taken some photos of the tried and trusted. You know, a photo of the Palapa Bar, a beach shot looking out at the Caribbean, breakfast on a plate at Estel’s Dine By the Sea (not surprisingly I’ve got loads of those but no recycling for me. Oh no, it’s got to be authentic) or a colourful sign. You know the kind of thing. But I didn’t because it’s normally my will that dictates when I publish an edition, it’s not something that is determined by the will of others. That is until today. The ego is an easily manipulated thing isn’t it!

So with very few photos and even fewer words in mind what do I write about that might come remotely close to being interesting? Or informative? Or amusing? And if I really strike oil (can’t say that I ever have though), all three. I know, I’ll tell you about what I did yesterday. Still with me? Good, I’ll proceed then.

Just under a year ago (doesn’t time fly when you are enjoying yourself!) we got our golf cart under the Qualified Retirement Program and the permit to drive it on the streets and roads (I know, I know that such words should not be used to describe some of the vehicular routes on the island) expires at the end of the month. Never being one to put off today (don’t ask Rose for a view on this though!) what you can do tomorrow (or the last day of the month in this case) I went to the San PedroTown Council offices in Barrier Reef Drive and went straight to the Transport Department on the ground floor where I presented the Certificate of Title. 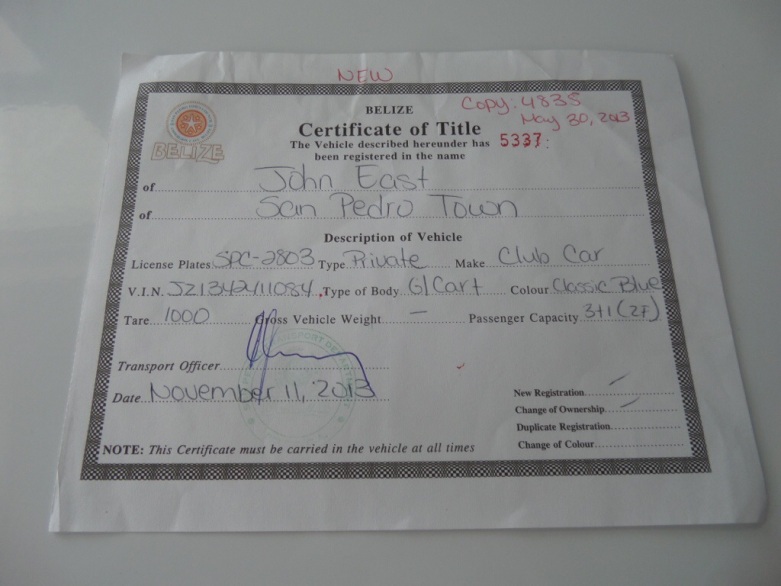 I explained to the lady behind the desk that I wanted to renew my golf cart permit. She quickly wrote on a small slip, handed me it and told me to go to the Cashier on the floor above. Always being one who does what I’m told (another one not to ask Rose’s opinion about) I hastily left her office, climbed the stairs outside the building, re-entered the building, went to the Cashier’s booth, handed the slip to Gina along with BZ$ 185 (for those interested in such things BZ$ 135 is for the year’s permit and the remaining BZ$ 50 is for the plastic permit sticker that you affix to the inside of the roof of your cart. BZ$ 50 for a sticker I ‘hear’ you thinking. Well it does have adhesive on the back of it. Oh to be the sticker printer!). Gina, all smiles as ever (I think she really, and I mean REALLY, enjoys taking money) filled out a receipt which she handed to me whilst telling me to take it to the Transport Department.

Still with me? Yes. Oh good.

Out the building, down the stairs, back in to the building and in to the Transport Department where I handed over my receipt whereupon the lady behind the desk completed writing on a form which she then handed to me and told me to take to the office across the corridor. Dutiful as ever (!) I did as I was told. Well I wanted the permit, didn’t I.

The guy in the office took the form, looked at it very quickly and asked if I had my golf cart with me. With me nodding furiously in the affirmative he got up from his chair and gestured me in the direction of getting out of his office. Quick as always (and another one not to get Rose’s opinion on) I realised that he wanted to look at my cart so I quickly led the way.

We got to the cart , which I’d sensibly (yep, another one not to contact Rose about) parked outside the offices, and he pressed the hooter (horn for non UK readers). It worked. He then pressed the light switch and then walked around the cart checking to see if they all worked. They did. He then scribbled something on the form, gave it to me and told me to take it to the Transport Department. And guess what, I did and two minutes later I had the sticker in my hand and the permit had been renewed for another year. Time spent in and out of offices, up and down stairs? Ten minutes. But it had seemed much longer. Oh so much longer.

Spellbinding. Enthralling. Captivating. Interesting. Informative. Yep, you’re right, none of these could be used to describe what I’ve written about. But I did warn you that I hadn’t felt that I had anything worth writing about (so what about all the previous editions you’re thinking. Why no apology/disclaimer for them?).

On leaving the ‘Town Council, offices I headed south to the Port of Belize office to obtain copies of the necessary paperwork (no it couldn’t be emailed to me!) for the registration of the boat we are in the process of buying. I did have the camera with me (don’t know why but I did) and took a few photos on the way (stopping the golf cart first of course) which I’ll include now in the hope of injecting something mildly interesting in to this edition. 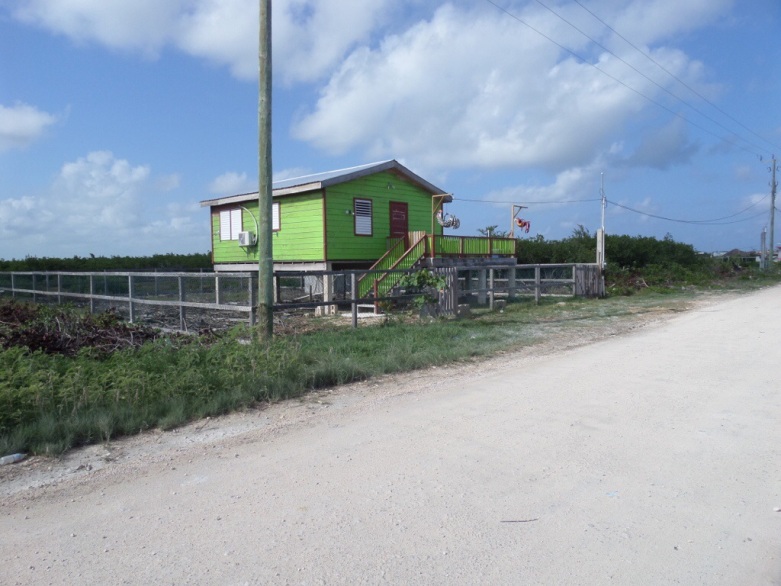 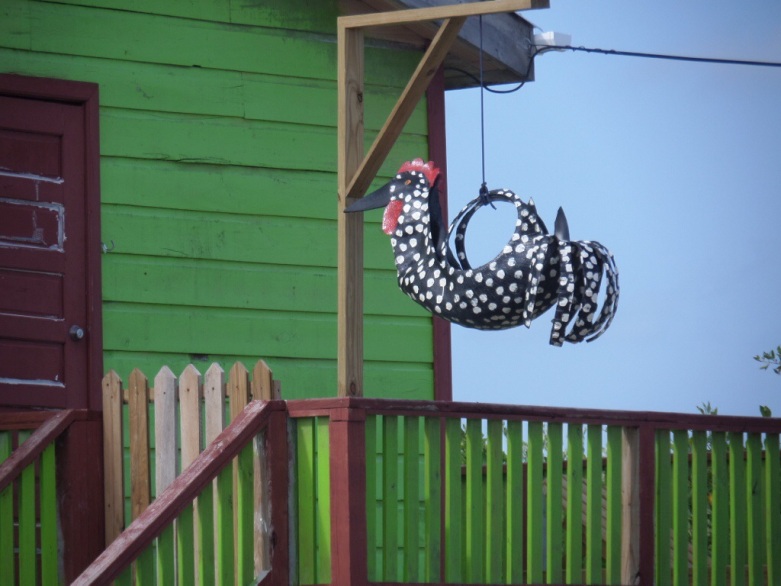 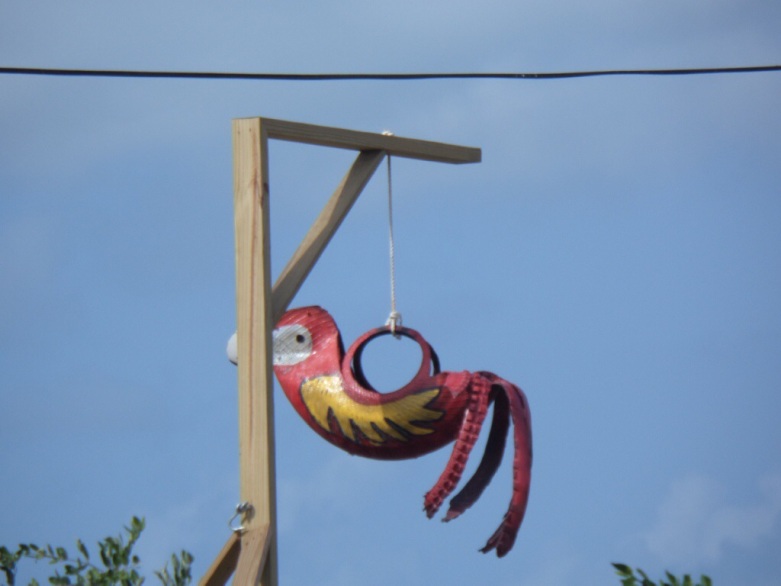 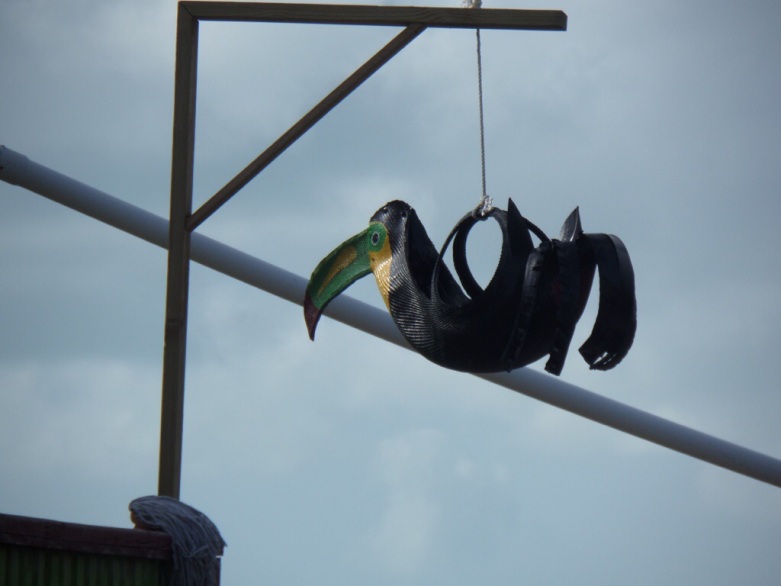 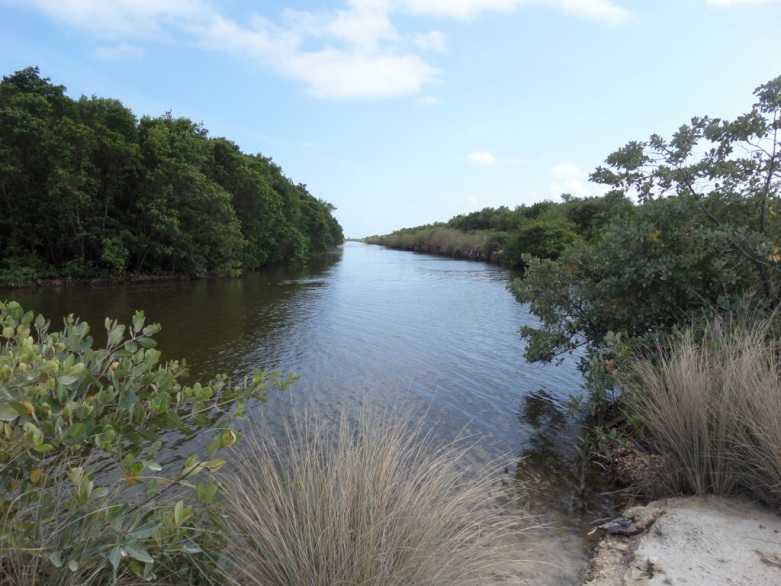 Canal in the DFC area. Looks more like a river doesn’t it. 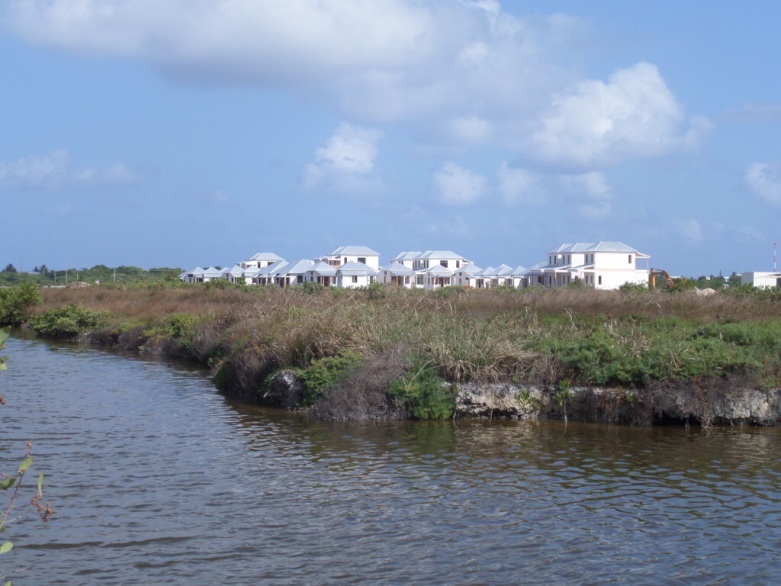 Sizeable development. Haven’t a clue what it is. And yes, if I was anything like a serious blogger Id find out. But I’m not, so it’s unlikely I will.

What else can I include to pad this out? I know, some photos of Ziggy ((since he’s got his own Facebook page (clever little chap isn’t he) he’s got quite a following))

In preparation for Arsenal’s upcoming appearance in the F A Cup Final (17 May for those of you who are interested) Ziggy has spent a little time trying to decide which team shirt he will wear on the day. 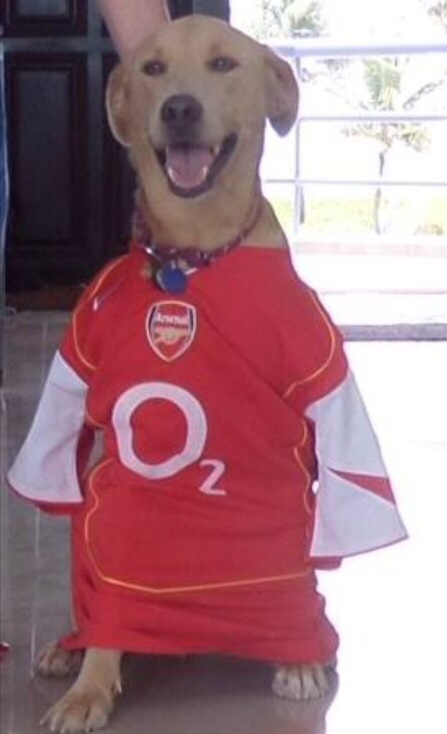 “I think that red suits me”. 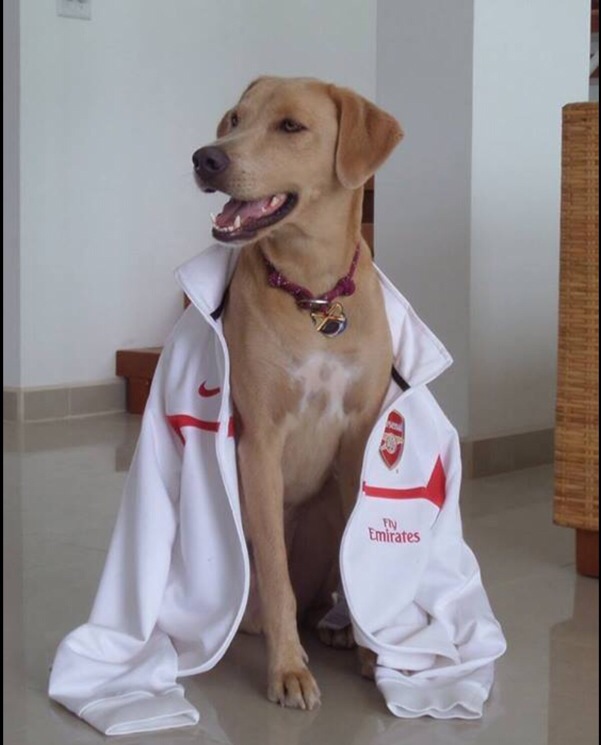 “But then again I do look good in white”.

Well that’s it, I’ve suffered enough ((and so have you you’re (understandably) thinking)). Time to bring this to an end. I did warn you. So who’s sorry now Kristina?

The headline for today’s edition is based on the single released in 1958 by Connie Francis which reached number four in the US Billboard Hot 100 and number one in the UK Singles Chart.