The regular or fairly regular readers among you will know that there has been (again) a fairly prolonged period since the last edition. If you are a first time ‘visitor’ or haven’t ‘visited’ this blog for some time you won’t have noticed a thing. Having started off today’s edition in this explanatory vein I’m now starting to question why.

Frankly it’s probably due to the fact that as I sit here trying to ‘knock out’ an edition there’s an abject lack of lucidity about my thought process and even more so as far as creative inspiration (who am I kidding) is concerned. I shouldn’t be surprised really because it’s been that type of week. One in which I have failed to really concentrate on anything in particular.

I’ve done a bit more weeding – in fact I think I probably did no more than pull up the weeds that have grown since I last weeded, no fresh ground cleared- and I’ve painted some more of the fence. I washed the golf cart – so much easier since getting a hose pipe!

I have not unsurprisingly continued to enjoy my ‘me time’ on the veranda early morning and I’ve made the trip to Estel’s a couple of times but it hasn’t been a ‘stand out’ week if you know what I mean. You know one of those weeks where you feel, in fact you know, that you’ve accomplished something.

OK, so Rose and I,flushed with the success of gaining our Masters (boat captain) Licenses, did spend some time making our first foray in to trying to find a boat to buy. And the obvious place to start our ‘window shopping’ was at Captain Shark’s boatyard in the DFC area.

OK, so there are no salespeople present. And you can’t walk in off the street to look closely at the carts but by San Pedro standards this is a showroom.

Talking about face lifts (no, not Joan Rivers) I am quite taken by the artwork on the security gate of the San Pedro Yacht Club (formerly Belize Yacht Club).

Half tempted at taking a crack at our front gate!

Now where was I (told you I have had problems focusing) ? Oh yes, boats. 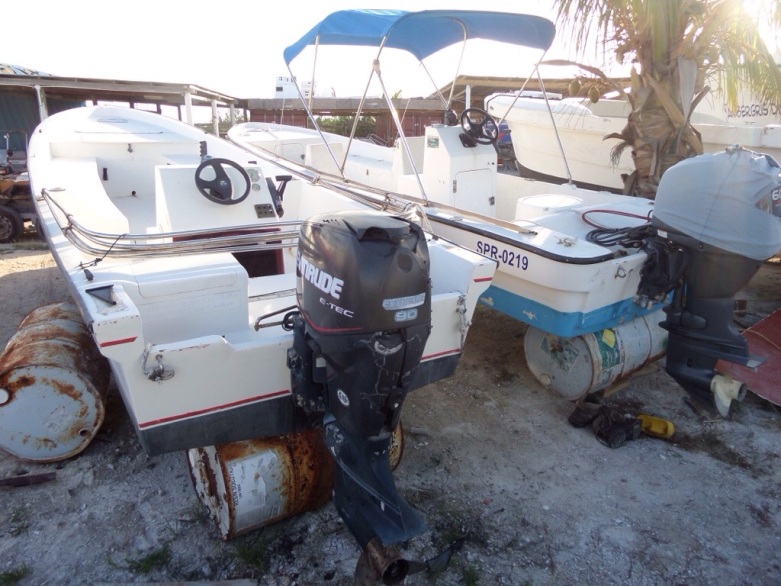 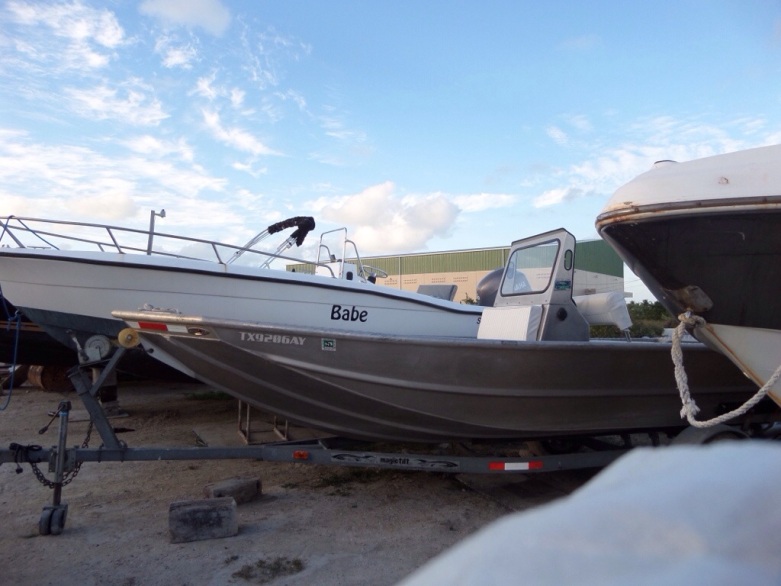 Formerly owned by Jerry Jeff Walker. Like the boat. But the name? Now that’s another thing.

Sticking with boats, our friends from BATSUB are currently taking part in the La Ruta Maya Belize River Challeng where they would have many rivers to cross and came over the weekend before last for the Poker Run and some last minute training. They were convinced that lifting bottles of Belikin to their lips would strengthen the biceps!

I’ve been following their ordeal via their Facebook pages and am taking the liberty (hope you don’t mind guys) of reproducing some of their photos.

The team, Nick, Sean and Ian posing in front of their boat Sailfish 1. 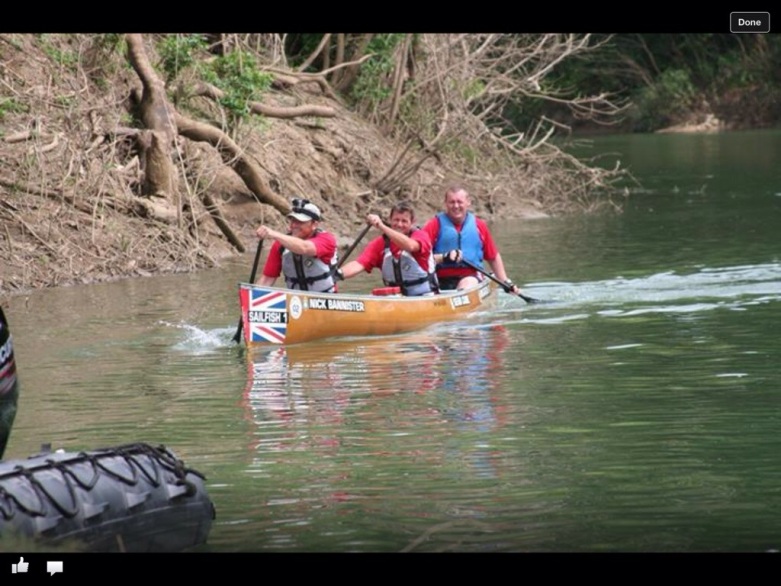 Time for a photo call.

“That’s better”. Ever the perfectionists, it’s time for some training. Yep, a Belikin!

Today the guys have, as they put it, the final 26 mile sprint. Good luck lads. And well done.

The headline for today’s edition is based on the single (a cover version of the Jimmy Cliff song) released in 1983 by UB40 which reached number sixteen in the UK Singles Chart.