With this haphazard publishing frequency that I’ve drifted in to ((well I am retired, I am doing it for a bit of fun after all (for me, if not you) and I’ve never promised to publish daily)) I’m finding it increasingly difficult to remember what I last told you about. Yes, I know that I could look at the last edition and all would be revealed but that would make it a bit like work. More professional. And I don’t have to be professional anymore. I’m retired. I can be quirky. Idiosyncratic even. And if I wrote about it well in the first place then perhaps you might like reading it again. Or not. But if I am repeating myself you will at least know that your memory is working!

So, with this forewarning ‘out of the way’ I will start today’s edition.

Weather over the last few days has been somewhat variable/changeable. Clear, bright, sunny and warm days swiftly followed by a day with overcast skies, little to no sun and a temperature drop. We have also had sprinkles of rain. None of this has greatly affected my ‘me time’ on the veranda early in the morning. Of course not. I’ve still ventured ((really don’t know why I chose that word because it’s somewhat inappropriate. It is only a short distance from the kitchen (where the mug of black coffee comes from)) to the veranda. Making a slight detour on the way to grab hold of my iPad.

I have also (obviously) made the drive (the road has had some fill so it’s not as bad as it has been) to ‘Town for breakfast at Estel’s for breakfast, in fact that’s exactly where I am now as I write this. Third time this week. Excessive? Overindulgent? Not at all in my view. I could go there six days a week (remember they are closed on a Tuesday) and it’s never too much!

I see Estel’s as an extension of my ‘me time’. The view is great (even on the days when the rain pours down) and I must admit that I do ‘people watch’ and, yes, ‘people listen’. Nosy? Probably. But sometimes it’s difficult not to see or hear. If you know what I mean.

Hearing conversations there earlier this week got me thinking of how overused, or perhaps more saliently, some words are. Regular readers of this blog may have detected that I do not have too high a regard for certain words. The words themselves are OK, it’s the frequency of use. And the inappropriate ness. One such word (and apologies to those of you that favour it’s use) is AWESOME (it appears that it needs to be typed in capitals).

So why does its frequent use irritate me. And what has Estel’s got to do with it and this little diatribe? People describing a breakfast as AWESOME. Now I rate the fayre on offer at Estel’s. Obviously I do or I wouldn’t go there as much as I do. But AWESOME? It’s well cooked. It’s plentiful. It’s reasonably priced. The staff are attentive and friendly. The setting offers a great vista. I could go on. But AWESOME ?

Now the Mayan ruins? I’ll agree they are AWESOME. A person learning to walk again after losing their legs. Yep, AWESOME. The work of Marie Curie? Yes, AWESOME. But a breakfast? Or any plate of food for that matter? AWESOME? Come on? You now probably get my drift.

Min-rant over, let’s get back to more normal stuff.

I’ve continued to paint the fence. A little bit at a time though. It’s a big fence and I’m a little person. And not as young as I once was (stupid expression that – as every second passes you’re not as young as you once were). It also gets a little boring so Rose and I have decided to mix things up a bit for some diversity and decided that we would make a start on clearing up the garden, starting in the south-west corner first. 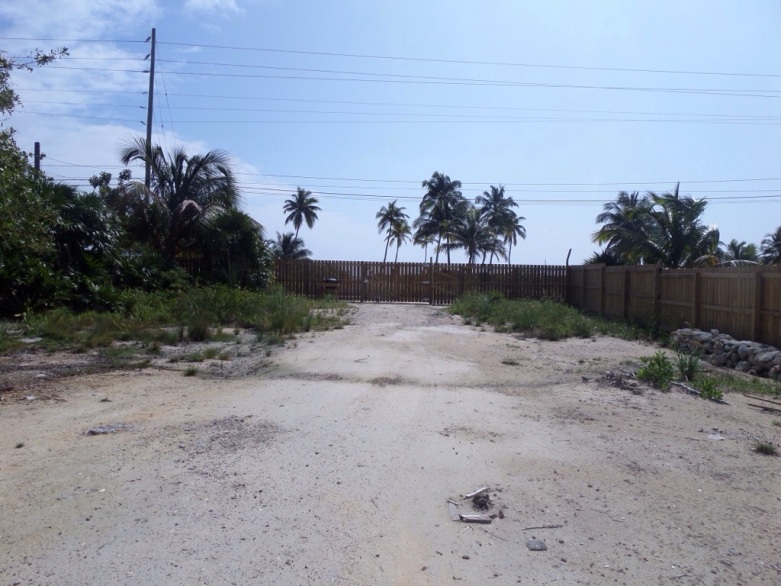 After the morning session.

And following the afternoon spell. 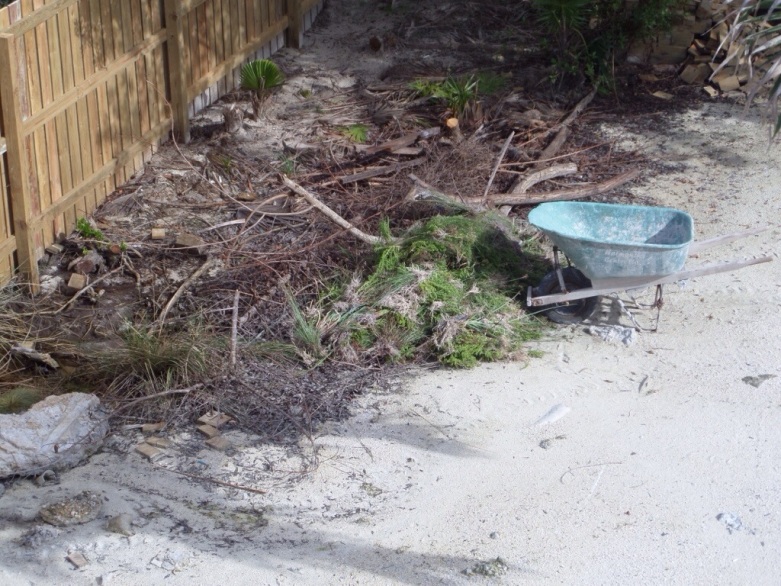 The pile of weeds grows.

I’ll get back impersonating Tom Sawyer after clearing the remaining weeds and relocating Marley to ‘his’ new – and final – home.

I’ll bring today’s edition with a selection of photos I have taken that have no reason for inclusion other than I want to include them. Then again, some of you might think that they are AWESOME! Don’t worry I’m not going to start on that subject again!

Tourists setting off for a sailing trip on La Gaviota. The scene for me whilst having breakfast at Estel’s. 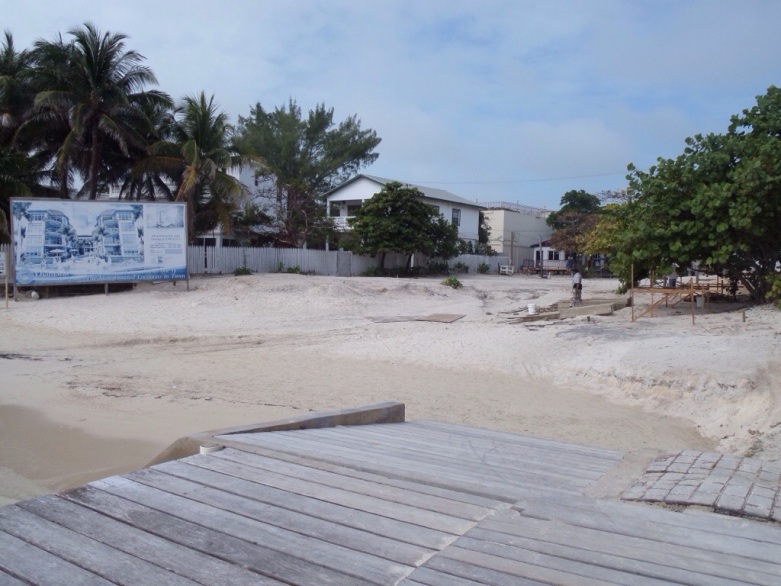 Pilings starting to be poured for Diamante Beachfront Suites which will ‘stand on the location that was BC’s up to just a few weeks ago.

View from our veranda of the sun about to set.

And from the same spot this morning of a rainbow after the downpour.

The headline for today’s edition is based on the single released in 1981 by Luther Vandross (one of my all time favourite singers) which reached number thirty-three in the US Billboard Hot 100 and number one in the Billboard Soul Singles chart.