It was another chilly morning when I got up shortly after 05.00 hours yesterday. In fact I would go so far as to say it was cold. Well it was cold to me.

I ventured out on to the veranda (the eastern one on the first floor for a change) but scuttled back in to the house – too chilly (cold) for me- and had my first mug of black coffee for the day there. Oh, and I browsed The Times online and picked up on my In Box before turning my attention to start to ‘knock out’ yesterday’s edition of the blog.

Rubio arrived shortly before 06.45 hours (told you he is ‘keen’) and he had got all of the tools out of the store room/garage before Moses, Pablo and Mike had arrived (all of them arriving before 07.00 hours). I then showered, shaved, brushed my teeth and got dressed (with an even thicker sweat top than the previous day) and made the drive to ‘Town for breakfast at -yes, you guessed it – Estel’s where I had virtually the pick of the tables (the drop in temperature obviously deterred people from eating outside).

I finished my breakfast and had just started selecting photos for the edition I was working on when I heard “Excuse me but are you John Henry that does the blog?”. I turned to the side and responded that I was and I wasn’t. Confused (you I mean, not me)? I explained that although I use the name Johnhenry my real name is (just) John. The addition of Henry being in memory of Dad whose name was John Henry.

The voice then introduced himself. It was Greg who lives ten miles north with his wife. We spent a little time talking about the building of our home and he told me that he’d been reading the blog for some time and he enjoyed it. You know how sometimes you know you just like someone …

Greg’s breakfast arrived and I resumed selecting photos and with a bit if concentration and effort (not much I hear those of you that read yesterday’s edition say) I ‘knocked’ the edition out. I then paid my bill (tab for non UK readers) and headed home. I wanted to see what progress had been made on the fence. Well you would, wouldn’t you!

When I got there I found (stupid choice of word really because I knew they were there) Rubio and Mike making the platform/enclosure for the rubbish (garbage for non UK readers) bin. 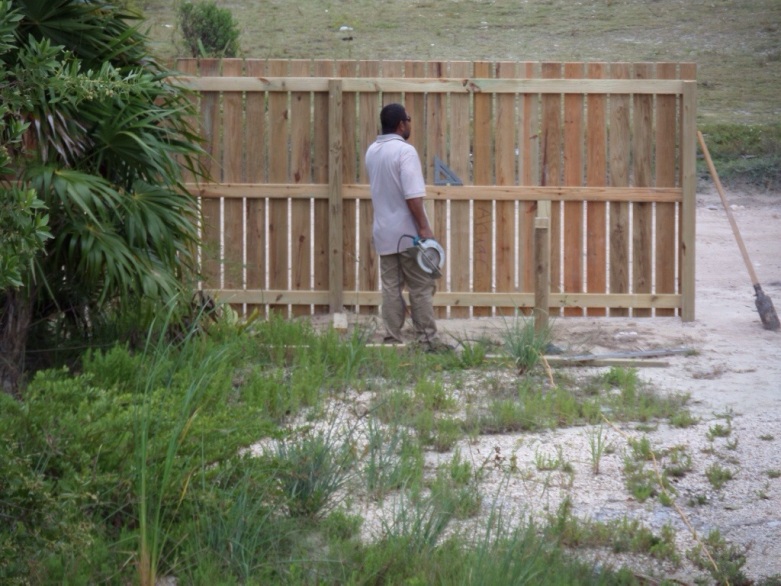 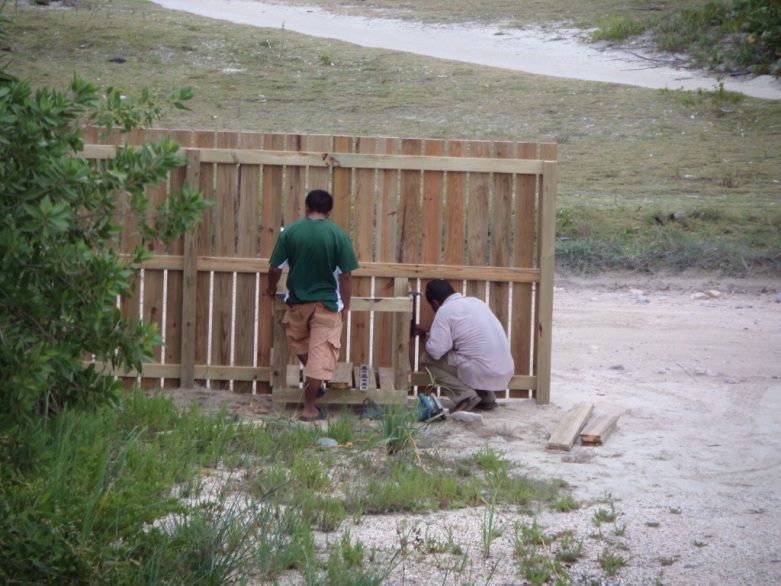 Whilst Rubio and Mike had been constructing the platform/enclosure Moses and Pablo had been making the front gate (six feet high by ten feet wide for those of you interested in this type of thing) and were ready to present it and just in time for this (has he got tags on his workers?) Ofel Flota (the building contractor we employed to construct our fence) arrived to supervise things.

“Not quite. We need to shave some off”. 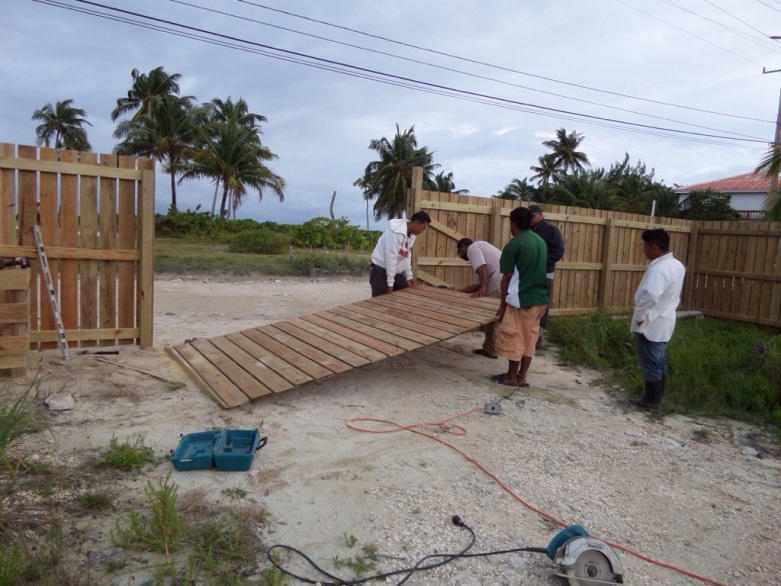 Rubio to the rescue!

And then it was time to hang the gate.

Moses fitting the hinges whilst Rubio

fitted the posts to stop the gate going back too far.

And then it was time to try out the gate.