This has got to be the busiest week of the year for the restaurants, bars and hotels and being in San Pedro, Ambergris Caye to see in and celebrate the beginning of a new year is the primary reason for the high level of bookings and increased level of tourism spending. Oh, and by many of those that live here too!

So, although It’s not my usual type of ‘gig’ I thought that some of you might like to see some photos of how New Year’s Eve was celebrated and Rose and I chose Lola’s Pub in Barrier Reef Drive for this.

We went to the inaugural block party for last New Year’s Eve and it was good, really good but this year Steve Jacobson, owner of Lola’s Pub, surpassed it. And by some.

We arrived around 21.15 hours and the area in front of the bar was already busy and the street was throbbing with the sounds of The Cover-Ups who were playing in front of the Belize Bank. 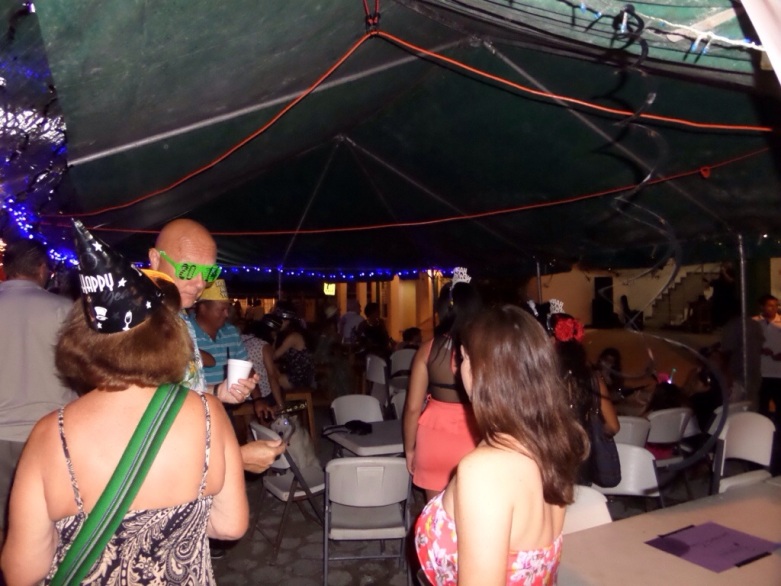 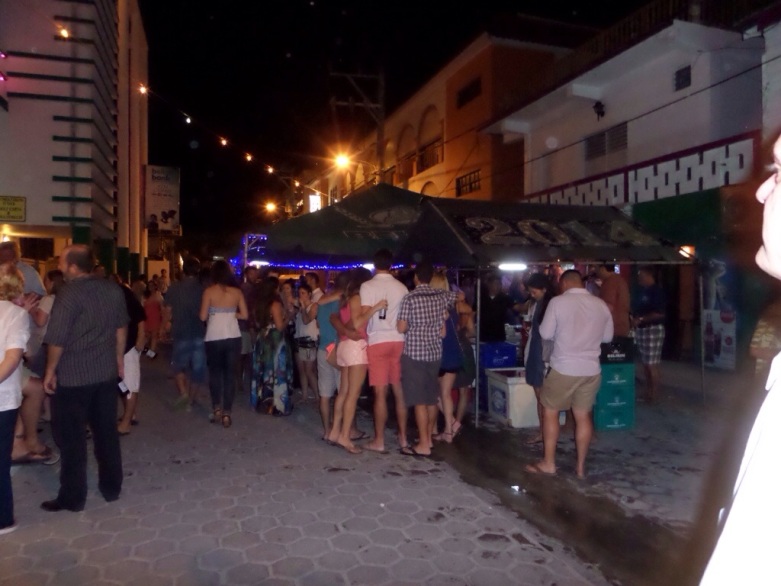 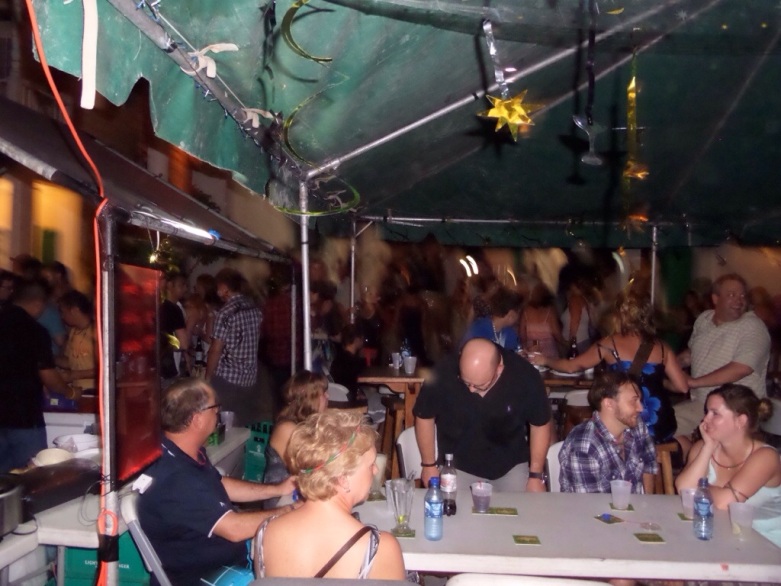 Time passed very quickly and in what seemed like no time at all it was time for the ball to drop to herald in 2014.

After kissing Rose (any excuse) and wishing all around us a happy new year we hotfooted it to the beach in front of Cholo’s to watch the firework display. 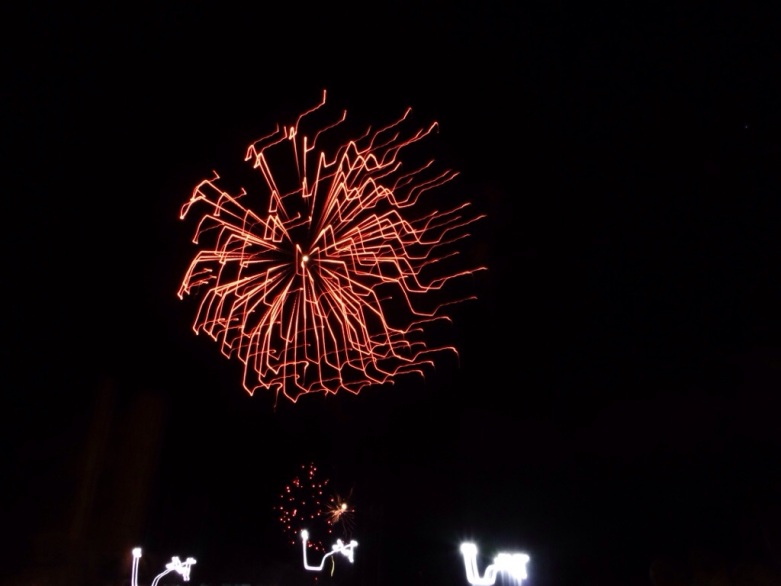 We then headed back to Lola’s Bar for our ‘nightcap’ and the street was still buzzing but we (or at least I am) are too old now to party all night long so we headed off home.

I’ll bring today’s edition to a close by wishing you all a HAPPY NEW YEAR.

Oh, today’s headline is based on the single released in 1983 by Lionel Ritchie which reached number one in the US Billboard Hot 100 and number two in the UK Singles Chart.