Hopefully you all had a great Christmas. Rose and I did. The first in our new home.

I know that it was Christmas but there was nothing much different for the start of the day for me. Usual routine. Veranda, chair, mug of black coffee and the iPad. Wait. There was a difference. I had a new iPad. An iPad Air.

I can’t say that it came as a surprise. Why? Well, I bought it for myself.

The ‘old’ (given that I have not had it for quite two years I shouldn’t really call it old) one has served me well but a lot of the original functionality has gone. Rose blames me for this saying that I just don’t look after things. Me? I think it’s the weather conditions. It’s funny though that her one works as well as the day she got it. Long before I got my one too!

In the previous edition I showed you a couple of the presents that Rose gave to me. It didn’t end there though. Oh no. She bought me a pair of Belizean style house slippers.

I know they are Crocs but who needs a pair of sheepskin lined slippers in Belize? And the cushion soles are just great for tiled floors and our wooden staircase.

On Christmas morning after breakfast we basically just lazed around until it was time to go to Pedro’s Hotel for the Sad Bastards Christmas Day Lunch. The food, as always, was superlative and the Secret Santa Present session was good fun. And (obviously) the wine and Belikin were flowing and everyone had a great time. So much so that I ended up speechless! 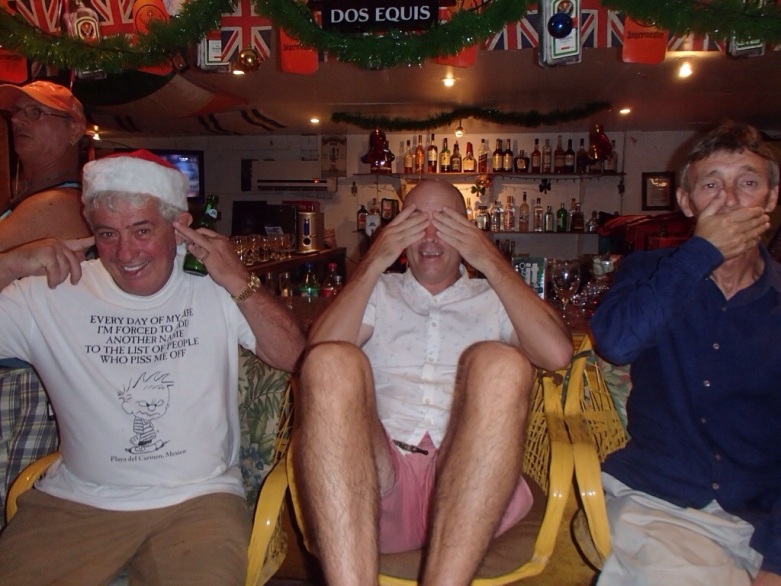 Peter (aka Pedro), Andy and me doing our three (not very) wise monkeys’ impression. I’m the one that dressed for lunch – a long-sleeved shirt!

We stayed for a while after lunch – maybe a shade too long – and watched the opening set by The Cover-Ups before we took the long, winding and bumpy ride home to sleep, very well. Think the Belikin may have had something to do with that!

Boxing Day came and went without too much eventful happening. Oh apart from Arsenal coming from a goal down to triumph over West Ham by three goals to one. Since we have been able to watch our team on our own TV they are undefeated! OK so it’s only two games but …

Yesterday, with the holiday break over, work resumed on the erection of our fence starting off with a delivery of more wood. Treated pine to save you asking.

Mike then set about carrying the planks to the side (southern) of the house and before too long it was neatly stacked.

Whilst Mike was stacking the wood Rubio had started preparing wood for the horizontal posts and with Mike finished they began fitting them. 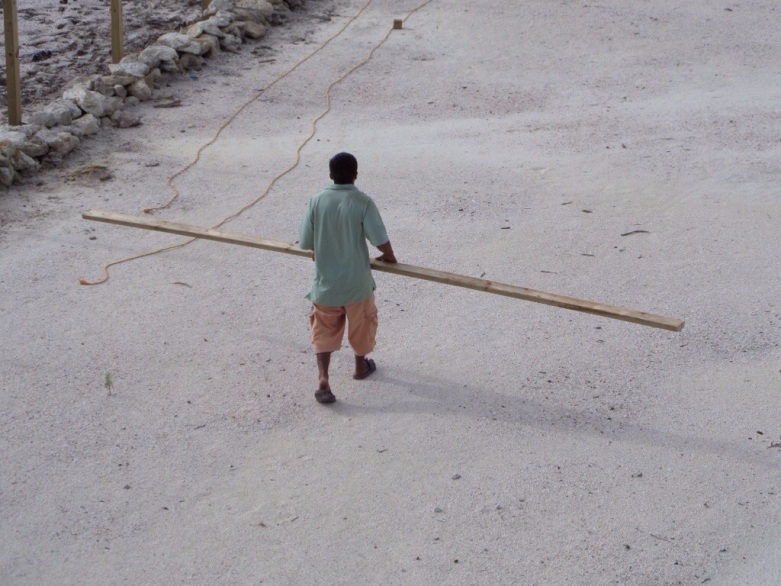 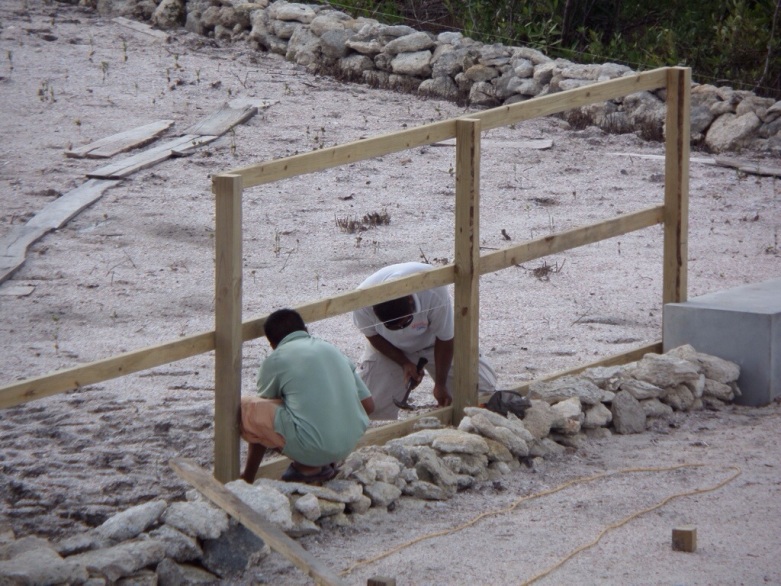 As Rubio and Mike worked their way along the southern side of our lot it was not too difficult to imagine what it will look like when the fence is in situ.

In bringing today’s edition to and end I’ll leave you with another of Melissa and Ken Fellure‘s photos from ‘way back when’.

The old Police Station when it was virtually on the beach. 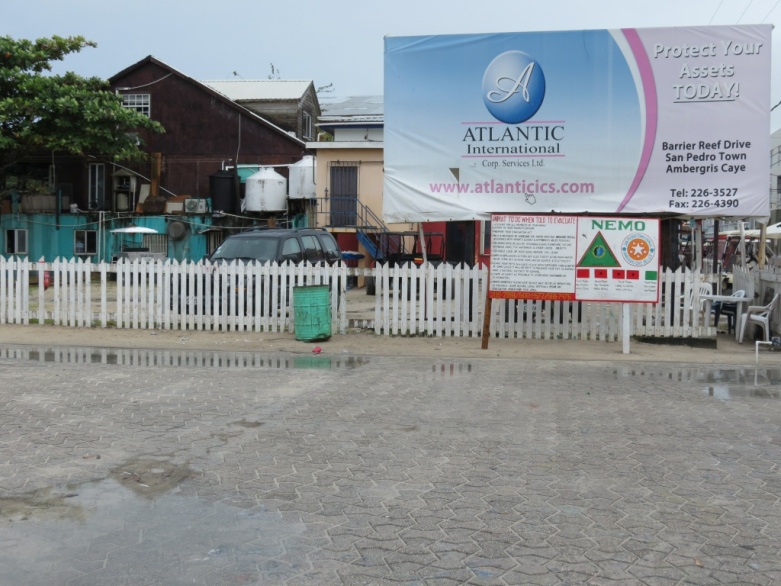 ‘Home’ of the old Police Station – how it looks now.

How the Police Station looks today.

The headline is based on the single released in 1975 by John Lennon which reached number one in the UK Singles Chart and number three in the US Billboard Hot 100.