I feel like I am really getting back in to my routine now. Waking up before 05.00 hours regularly. Don’t have to think where my mug is. Know where the coffee is kept. Even know where the plates and dishes ( the few we have at the moment) have to go when I do the washing up ((“doing the dishes for non-UK readers (I think)).

So when I got up yesterday morning at 04.45 hours it didn’t take me too long to grab the mug, put in a spoonful of coffee (I’m an instant man – no taste I suppose), take a chair (we still only have two that are easily moveable) and the iPad to the veranda and assume the seating position.

It’s dark when I normally get out there and there’s not a lot that can be seen. But the sounds are there. The rustling of the leaves on the trees when there’s a breeze. The sound of the rain falling (and we’ve had a lot of that recently) and the sound of the lagoon as the mullet (well I think they are mullet) jump out of and re-enter the water. Or is it a crocodile?

It’s my ‘me time’ of the day. Sometimes at this time I sit there really thinking about not too much at all. I suppose I do have thoughts. But nothing important or memorable. That hasn’t been the case since we moved in to our build in Ambergris Caye, Belize because I find myself thinking about what needs to be done next. I don’t take a pen and pad and write lists because I have been ‘blessed’ with a fairly good memory. Okay, I might forget where a cooking utensil has to go but not the important stuff (well, stuff that I consider important anyway).

Having lived in our new home for just over three weeks we are now starting to ‘find’ the omissions from our list of ‘must haves’. There’s the tap (faucet for non UK readers) for the well – ideal for washing the golf cart and watering the plants (when we have some). The motion sensor lights for the stairs leading to the first floor. And what about the cable TV socket in the living area of the ground floor apartment. How could we have overlooked that when we have one in each of the two bedrooms.

Then there’s the aggregate that I should have had Daniel Camal, our building contractor, spread at a width of five/six feet around all of the external ground walls. This would help when the veranda and water tank overflow pipes go in to overdrive.

This period of reflection was starting to tire me, it was just like starting over, so I showered, shaved, dressed, had breakfast and went to Victor’s (the welder) workshop to have the cargo box he had made for us fitted to the golf cart.

but there was a problem. It didn’t fit!

Victor was hugely embarrassed and extremely apologetic and asked me to return on Thursday by when he will have made the necessary adjustments. 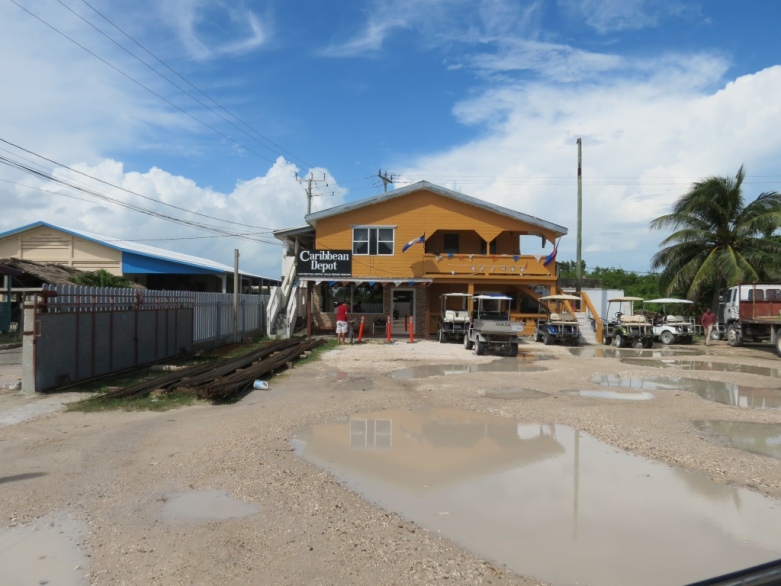 Caribbean Depot’s premises, the place to go for building materials.

When I got home Rose and I resumed unpacking crates that contained stuff that we had shipped over from England and I met another of my old ‘friends’.

He looks very happy there!

Tired of unpacking stuff Rose and I had lunch and then I took my book out to the lagoon side veranda for a little bit of time ‘soaking up the sun’. When I got out there it looked like something else had the same thing in mind. A giant mosquito. 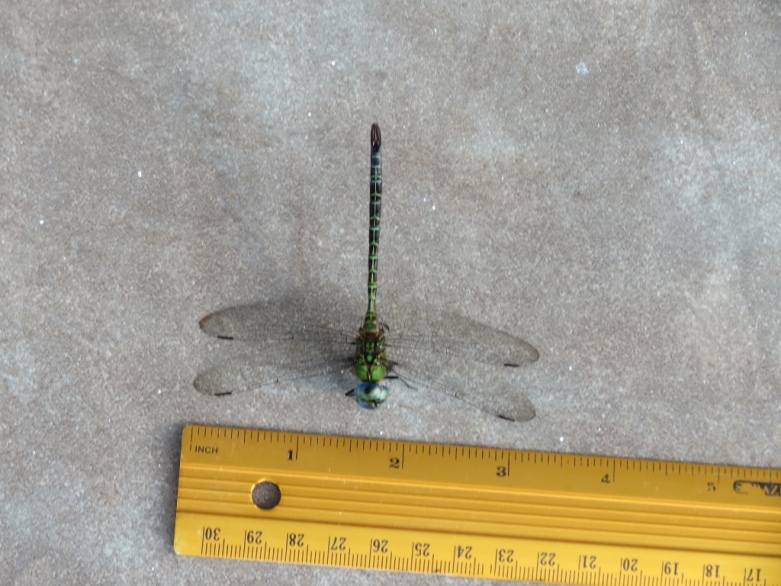 I sat out there until the sun started to set when I decided to call it a day .

Sun sets at the end of another day.

The headline for today’s edition is based on the single released in 1980 by John Lennon which reached number one in the US Billboard Hot 100 and the UK Singles Chart.