Regular readers know the score ((if you are not a regular reader then just choose a previous edition -or loads of them (please)). Up early, coffee, blah, blah.

So what did yesterday hold? Well it rained. Nothing new there, it feels like it has been raining for ever. But yesterday wasn’t too bad because when it stopped it was a beautiful, sunny day.

I am not an expert on the subject – in fact I know nothing – but when Rose and I were standing on the veranda yesterday morning (I’m not always out there on my own) we looked out at Lloyd’s guys working on filling our lot that is immediately south of our build in Ambergris Caye, Belize and it was obvious that the flooding of our waterlogged lot and that of our neighbour, Jason, had been caused by more than the rain. I mentioned this to Rose and quick as a flash she replied “The tide is high“. There’s a lot more to Rose than meets the eye!

Difficult to discern where the land ends (should) and the lagoon begins.

Do you remember the concrete hatches that we had for the water tank under the house and the septic tank by the side of it? You know the ones that we had replaced with the lightweight aluminium ones made by Victor (the welder).

We’d got Lloyd to get his guys to move them to the north side of our lot with the intention that they would form a base for the two foot high rock wall that we are going to have built in a few weeks. That all changed yesterday morning when inspiration ‘hit’ me. Why not use them to fill the gap between the ramp and the front garden.

The ‘cart can get up there but …

So I had a word with Lloyd and within minutes his guys were ‘on the case’.

And then to the big one – the one that had been on the water tank. 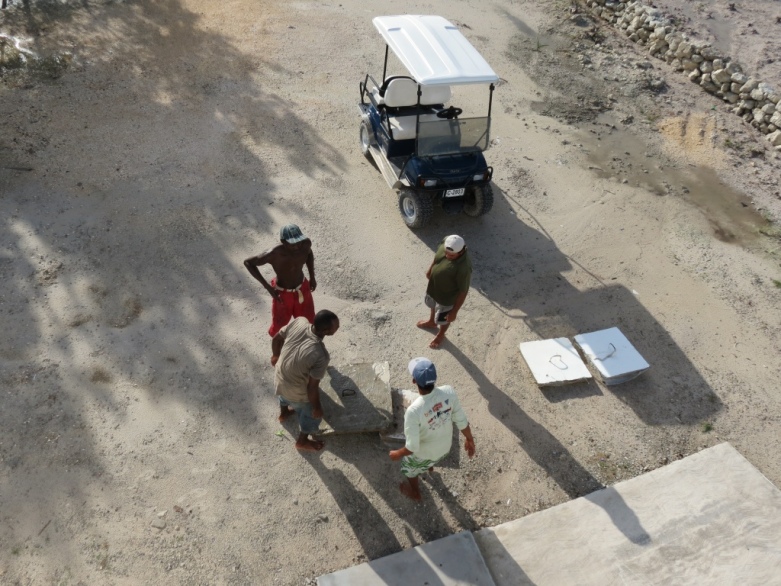 Three of the guys then went back to land filling leaving their colleague to move the old hatch covers in to position. 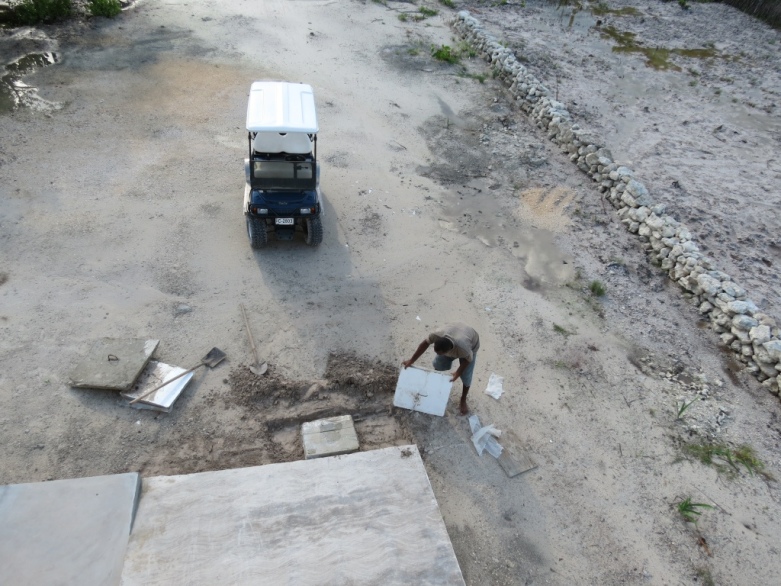 Just the big one to go. 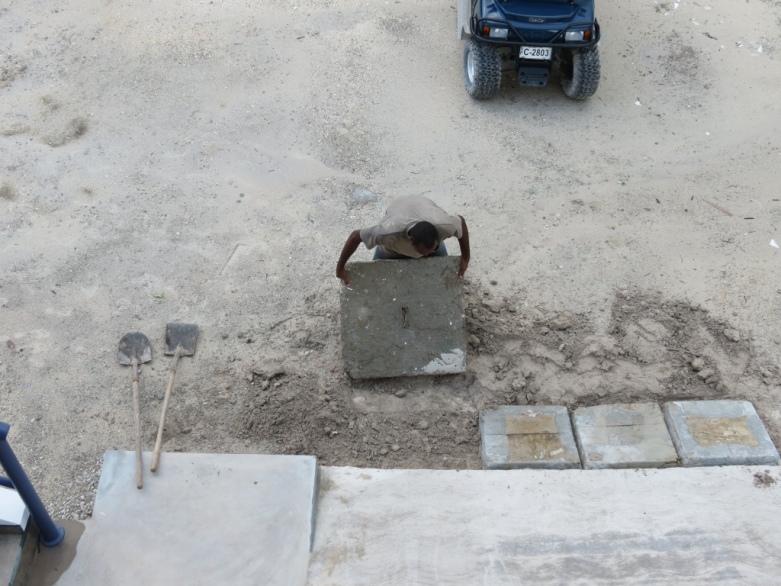 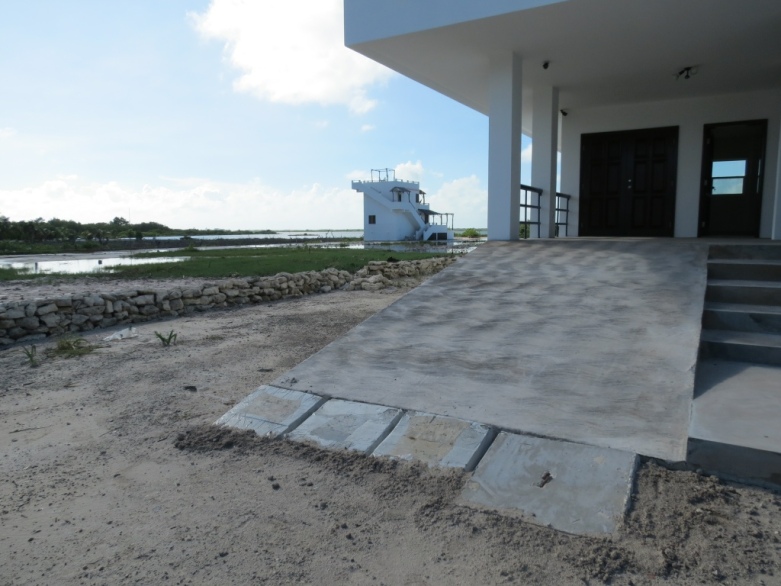 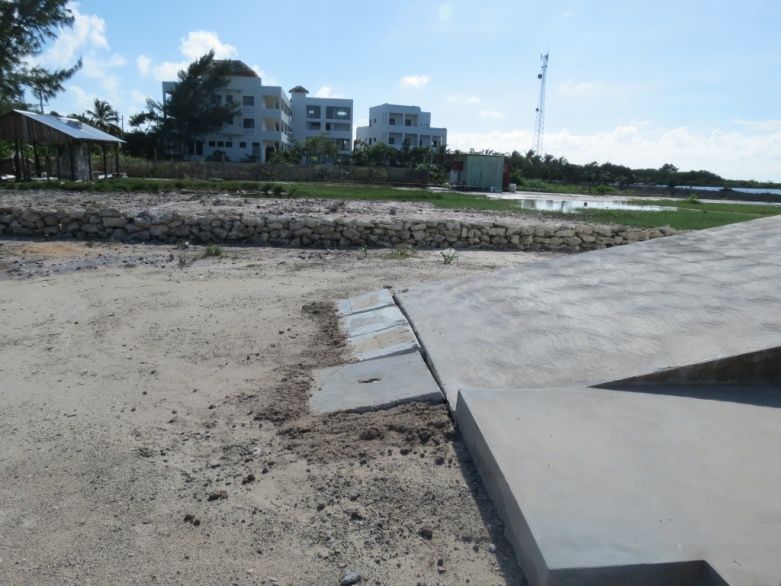 It looked like my idea had worked but there was only one way to find out. Drive the golf cart up the ramp. 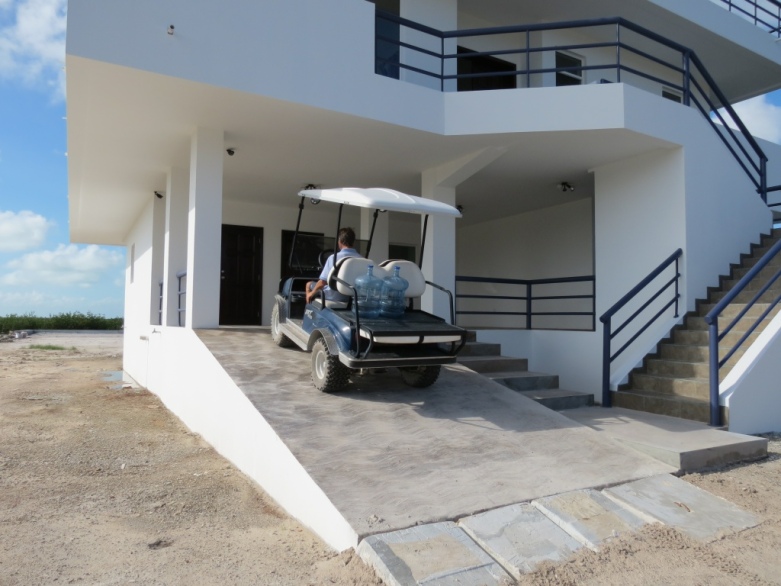 The headline for today’s edition is based on the single by Blondie which was released in 1980 which reached number one in both the US Billboard Hot 100 and the UK Singles Chart.