Up just before 04.00 hours yesterday morning to find when I got out on the veranda with my coffee (black) and iPad that it had rained during the night/ early morning (couldn’t tell you which because the sound of rain has no chance of waking me from my sleep).

Straight to The Times on-line to read the various articles covering England’s victory the previous day over Poland. I know that I watched the game but …

I then set about producing yesterday’s edition of the blog and finished pulling it together and publishing it around 06.00 hours when I showered, shaved and dressed. I had to get out early so that I could meet Victor (the welder) to give him the money for the materials he needs to buy for the hatch covers for the septic tank that he is going to make for us before he caught the 07.30 hours Belize Water Taxi to Belize City. I did this with time to spare – met him at 06.45 hours – and then headed off to Estel’s for (in my opinion) a well deserved breakfast. And, while I was there, started to write today’s edition.

With breakfast finished I went to Atlantic International Bank‘s branch in Pescador Drive to make a withdrawal (yes another one) and then went to the San Pedro Town Council‘s offices to enquire about the requirements for the occupancy of our new home.

In the “San Pedro Town Council Local Building Authority Policies” leaflet that it issues it advises that an Occupancy Permit is required. Not wishing to be in breach of any rules or regulations I wanted to apply for such a permit. I got a very quick (and helpful) response when I was informed that they are not issuing them currently because they do not have a Building Inspector. The position is currently vacant.

Whilst in the offices I also asked about the Clean Up Campaign that commenced on 7 October for one week that was subsequently extended by a further week. In a effort to clean up the lots and streets of San Pedro the ‘Council is operating a free clean up service and I thought that this would be ideal for the three adjacent lots that we have in Fire Coral Street in San Pablo.

Richard, the young man at the Reception Desk, was extremely courteous and told me that if there was rubbish there he would personally go to carry out an inspection and determine what would be required to remove it and he gave me his telephone number to contact him.

It’s some considerable time since I have been to Fire Coral Street so I had no real idea if rubbish was still an issue. So, only one thing to do and that was drive there. But I still had loads of things to do. And then I had a brainwave. Contact Laurie (aka Tacogirl) who lives very close to our lots and ask her if she would take a look for me. She readily agreed and within minutes had sent me photographs. Photographs that quite clearly show that our lots are not the rubbish tip that I feared that they would be.

Car parts near the brush and trees that we had cleared.

I didn’t get around to ‘phoning Richard back but will do today because once the car parts and rubbish bags are removed we will burn the brush, etc and have a fence erected. Thanks Tacogirl for your help.

I got back to the condo we are renting during our build in Ambergris Caye, Belize shortly after 09.00 hours and then , with Rose, set about packing our stuff.

We went at it with real determination and, working as a team, systematically filled up the suitcases. All six of them. We then filled the carry-on bags (three) and then started to fill up the boxes. We still have some remaining items to pack but there’s little doubt that we have ‘broken the back’ of it.

Pleased with our efforts we had a light snack for lunch, freshened up and drove to our build in Ambergris Caye, Belize and got there around 15.15 hours.

Starting off in the Ground Floor self-contained apartment we saw that Angel had been at work with the paintbrush and roller in the kitchen/living room. 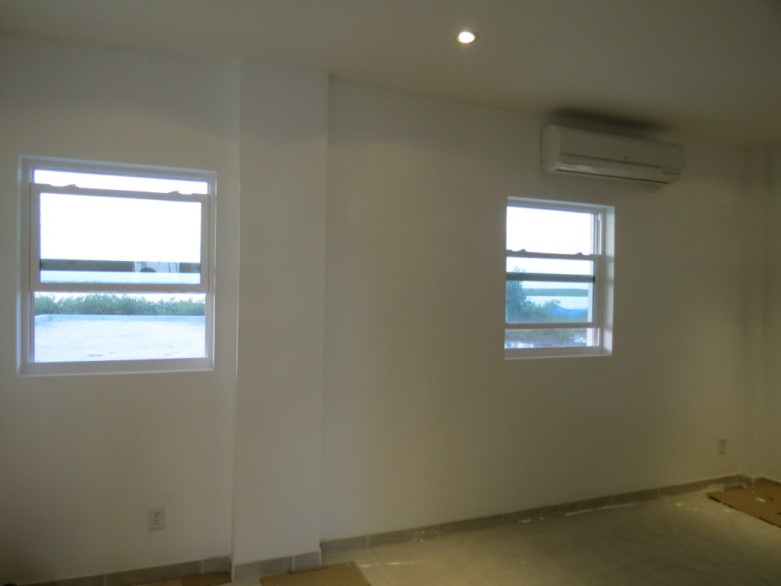 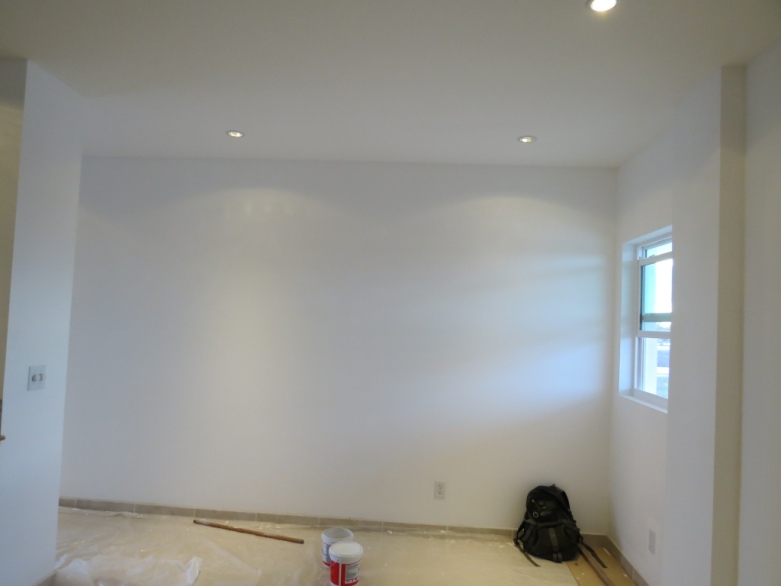 In the kitchen area Moses had finished fitting the cabinet handles.

And in the en-suite for the larger of the two bedrooms the first toilet seat had been fitted.

Up to the First Floor where we saw that Alfredo had finished varnishing the staircase. 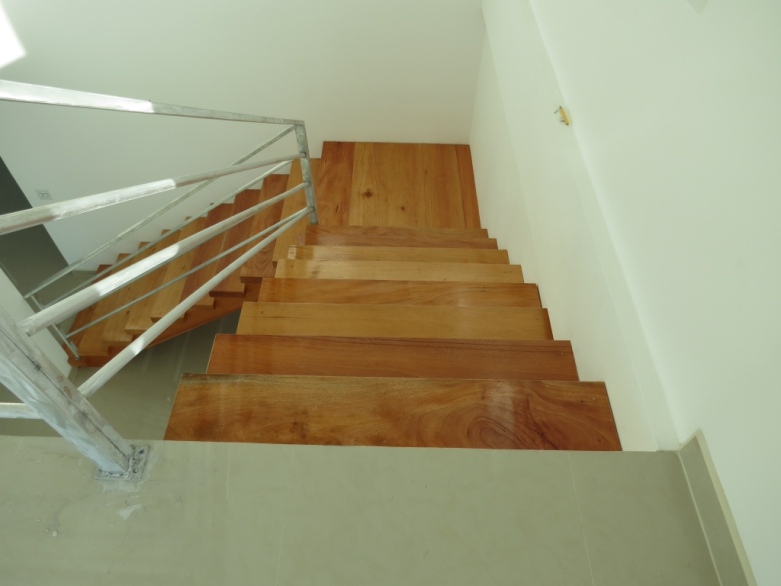 A few feet away from us Moses had started applying the finishing coat for the kitchen wall cabinets.

Having finished varnishing the stairs Alfredo had turned his attention to cleaning up and was busily sweeping the western (lagoon side) veranda.

With the stairs varnished we were able to go up to the Second Floor and I was pleased that we could because I was able to see that Moses had started work on fitting out my walk -in closet.

There’s still quite a lot to do before we move in to the Ground Floor self-contained apartment on Saturday but we know that we are temptingly close to being able to spend our golden years in our new home in Ambergris Caye, Belize.

The headline for today’s edition is based on the single released in 1975 by David Bowie which reached number eight in the UK Singles Chart and number ten in the US Billboard Hot 100.