With an appointment at The Dental Center yesterday at 10.00 hours I took an executive decision (sounds grand and terribly important doesn’t it) not to publish an edition.

I was up before 05.00 hours and didn’t have to leave home until around 07.45 hours so I had time to produce an edition but I just wanted to chill out. So I did.

When it was time to go Rose took me to the Caye Caulker Water Taxi terminal and I caught the 08.00 service and arrived in Belize City shortly after 09.30 hours and, given that I had a little time to spare, I made the short walk to Brodies in Albert Street to pick up a couple of grocery items and then took a taxi to Mercy Lane for my dental appointment.

First off Doctor Pedro Habet removed the seven stitches that had been inserted last Friday when the bone for the remaining implant had been grafted. With this completed he then did three fillings and then finished off the session by giving my teeth a thorough clean and polish. That’s it now until next April/May when I will return to have the implant fitted.

Leaving the surgery around 12.15 hours I knew that I had plenty of time on my hands before the 13.30 hours water taxi back to Ambergris Caye so I got a taxi to the food stand located south of the Swing Bridge where I bought a couple of (huge) cheese rolls and a bottle of water. A bargain at BZ$ 5.

The time passed fairly quickly at the terminal – I managed to complete the book I have been reading for a few weeks – and with adroitness (and a degree of cunning) I secured a seat near one of the doors on the packed boat for my return journey.

Before we set off though they drew the raffle (they had given all travellers a ticket) for the prize of a bottle of tequila . I missed winning the prize by two numbers but have to compliment Caye Caulker Water Taxis for this nice touch.

Given the amount of luggage that had to be stored on the ‘taxi (shrubs, dog food, boxes of fruit, wood, chairs, get the picture?) we departed later than scheduled (not at all uncommon) and as a consequence didn’t arrive in San Pedro until 15.15 hours.

I took the short walk to Barrier Reef Drive where I found Rose waiting for me (I had ‘phoned her when we set off from Caye Caulker) and we headed straight to the condo we are renting during our build in Ambergris Caye, Belize to drop off the stuff I had bought at Brodies and we then drove straight to our house.

And he had started to fit the backsplash. 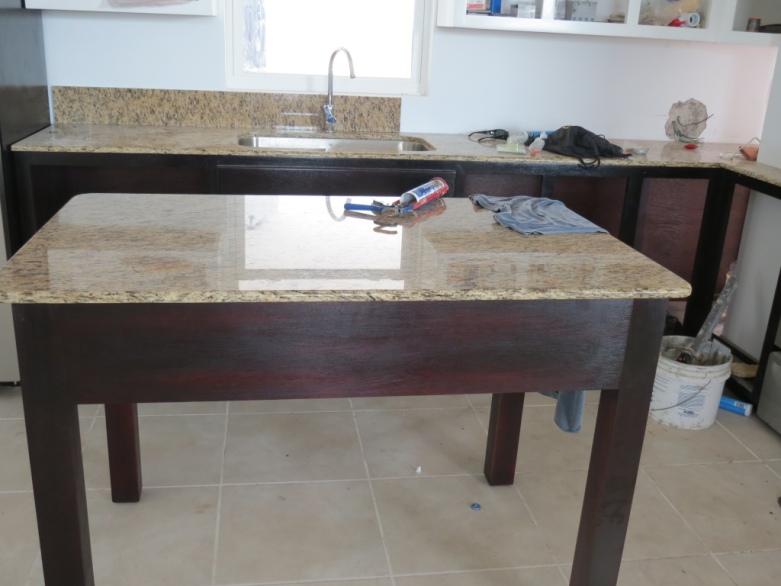 Walking through the apartment we found Alfredo who had been busily varnishing the doors.

Door for the en-suite of the larger of the two bedrooms.

Door for the larger bedroom.

We then went up the stairs to the First Floor and found evidence of what Moses had been concentrating on. Fitting the handles for the cabinets in the kitchen. 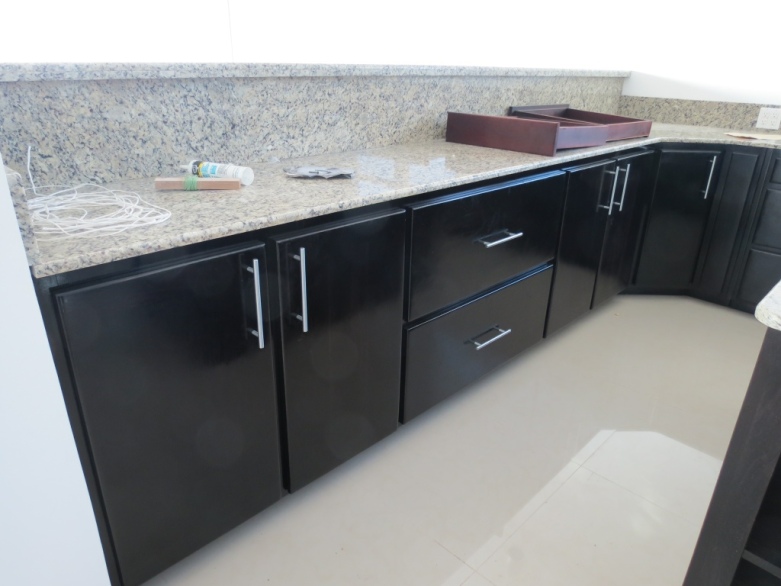 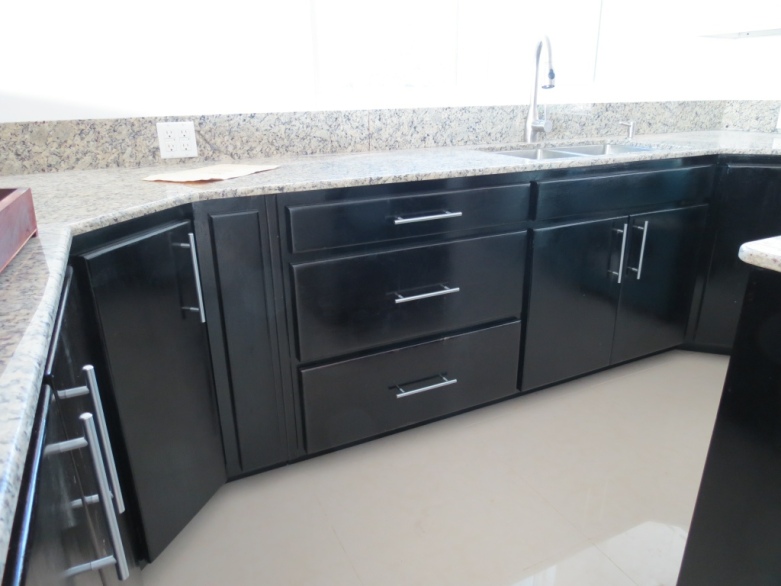 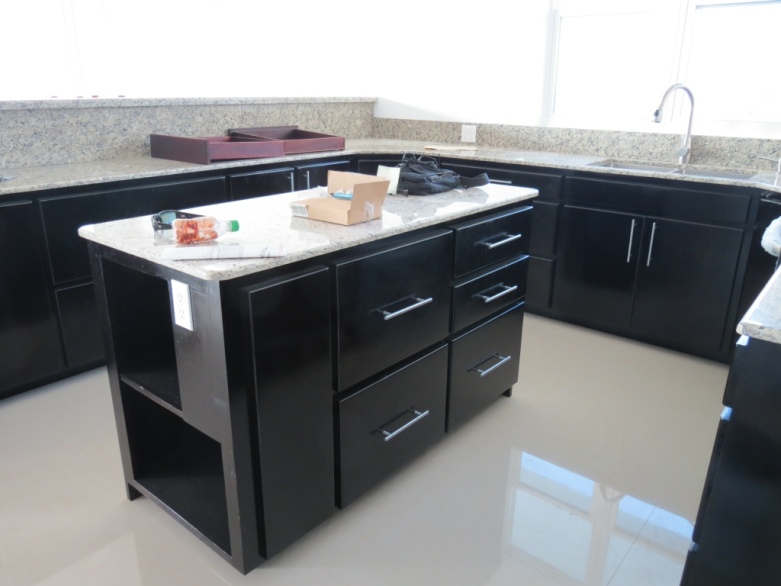 Moses still has some handles to fit but this shouldn’t take too long because he has already drilled the holes. 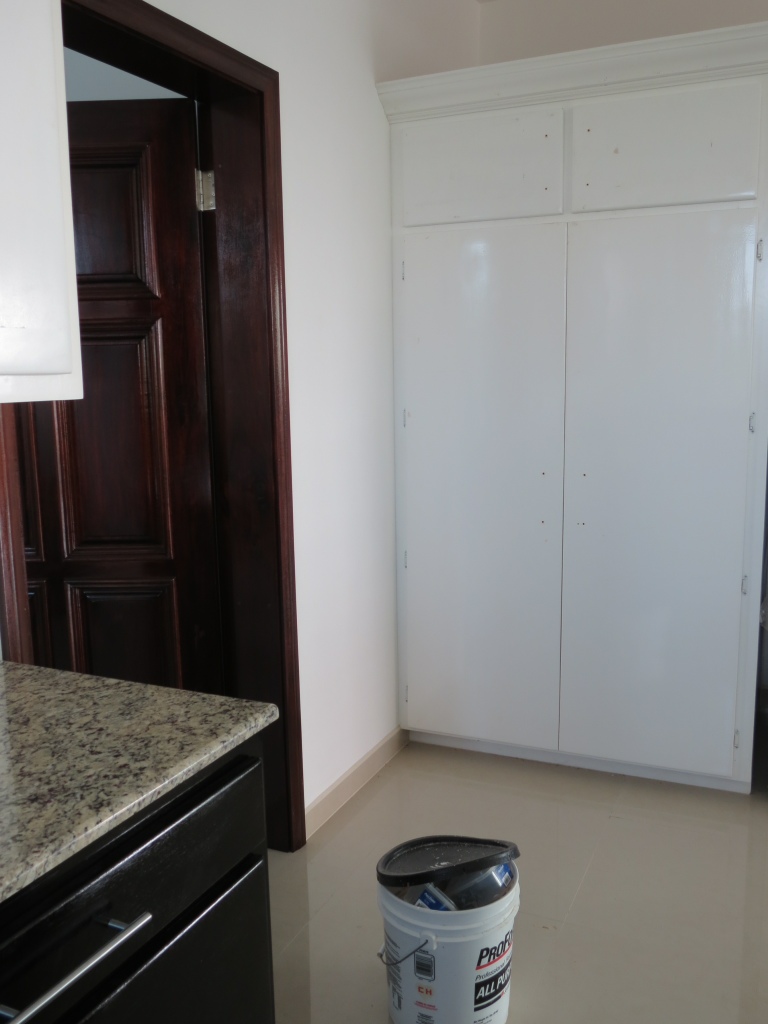 Pantry doors ready for the handles.

On the other side of the room Mose’s colleague (haven’t found out his name yet) was applying sealant (three coats of this before the varnish will be applied) to the stairs.

And Angel was applying emulsion to the walls surrounding the stairs to cover up the handprints and scuffs that had been made when the staircase was fitted.

With the staircase in place we just had to go up to the Second Floor if only because it’s so nice to be able to go higher and higher without using the scaffold!

On the way out we took a quick look in the Ground Floor apartment and saw that Edgar (the granite man) had fitted some more of the splashback.

Wall around the splashback and socket now needs to be ‘made good’.

The headline for today’s edition is based on the single released in 1967 which reached number six in the US Billboard Hot 100 and number eleven in the UK Singles Chart.