Looks like I might be better at this blogging lark than I thought. Maybe all those years of working with journalists may have paid off. Why? Well, in Friday’s edition I mentioned (and included a few photos) that the streets in San Pedro were ‘dressed up’ for the September celebrations.

So what, you’re probably thinking. Well after looking at the various blogs yesterday it looks as though I covered it first. A scoop? Or is it just a case of its just the way you do the things you do?

Anyway enough of my self-praise (its not a redeeming quality. As my Dad used to say “Self praise is no recommendation”) what did yesterday hold for Rose and I?

I started my day in the normal way (regular readers know the score. For ‘first time’ readers just go to a previous edition for a fuller description. Or, don’t waste your time. It’s pretty boring anyway) and around 07.30 hours set off (I had showered,etc) for breakfast at Estel’s.

With breakfast finished I went to Barrier Reef Drive to get in the ‘cart for the drive home but stopped in my tracks when I saw a small crowd outside the Town Council offices. What could this be? A residents’ revolt? And then I remembered. The auditions for actors for the telenovela I told you about in Thursday’s edition.

See anyone you recognise?

A star of the future?

If you look hard through the windscreen (windshield for non UK readers ) you can just make out Drew Forman of DJ’s Seaside Restaurant & Bar (red arrow marks the spot).

Is this another exclusive? Getting to be a regular newshound. I better watch out otherwise Saga will be rounding me up as part of its “Hip to Snip” campaign!

When I got home , feeling exhausted from news gathering, I spread out on the sofa to watch the Scottish Premier League (sorry to say that it is a very poor substitute for the English Premier League) until it was time for Rose and I to head off to our build in Ambergris Caye, Belize.

We got there around 15.30 hours and parked near the just completed railing for the south-east corner of the Second Floor.

Ready for rustproofing and painting.

Blue arrow indicates where the railings will go.

It was obvious from the number of guys sitting in front of the Ground Floor self-contained apartment that there had been some serious action going on. We hadn’t had this many guys on our build in Ambergris Caye, Belize since the last concrete pour (the roof). And many of the guys had been on that.

We saw Sam, Eric, Martin and Eduardo who very proudly told us that he is the father of a little boy called Eduardo Andre. It was really good to see the guys again.

Saying goodbye we controlled our enthusiasm to go to the Second Floor (that’s where the action had been) and started our tour in the self-contained apartment where we found that the granite countertop for the vanity unit in the bathroom for the larger of the two bedrooms had been fitted. 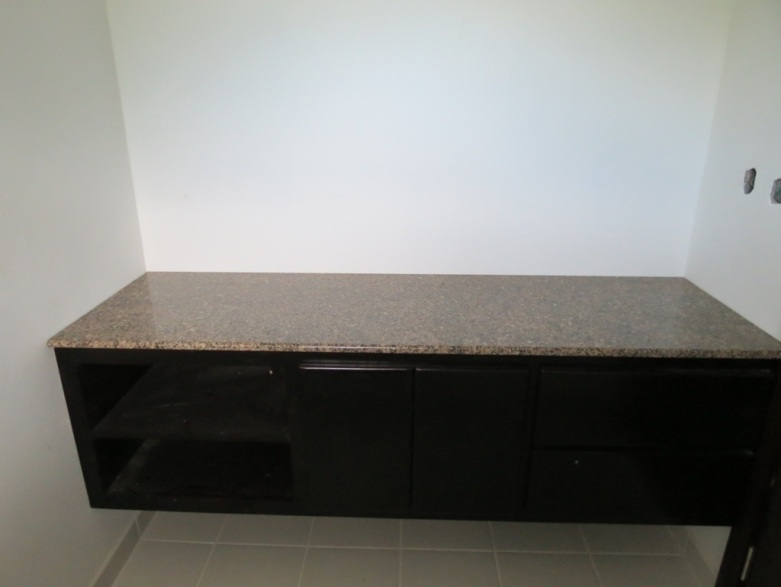 Seeing that not much else had been done we headed up the stairs to the First Floor noticing on the way up that they had finished cutting in around the skirting (base) tiles for the stairs. 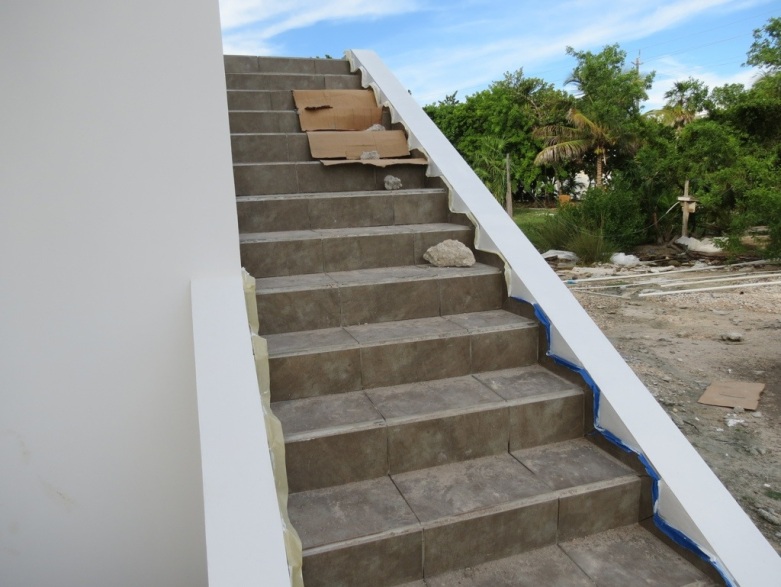 Once we ‘hit’ the top of the stairs we saw that the lock had been fitted for the front doors.

Opening the door (and it felt really good to be able to do this) we entered the house and saw that Rolando had started to fit the dimmer switches.

In the Powder Room the granite countertop had been fitted by Edgar. 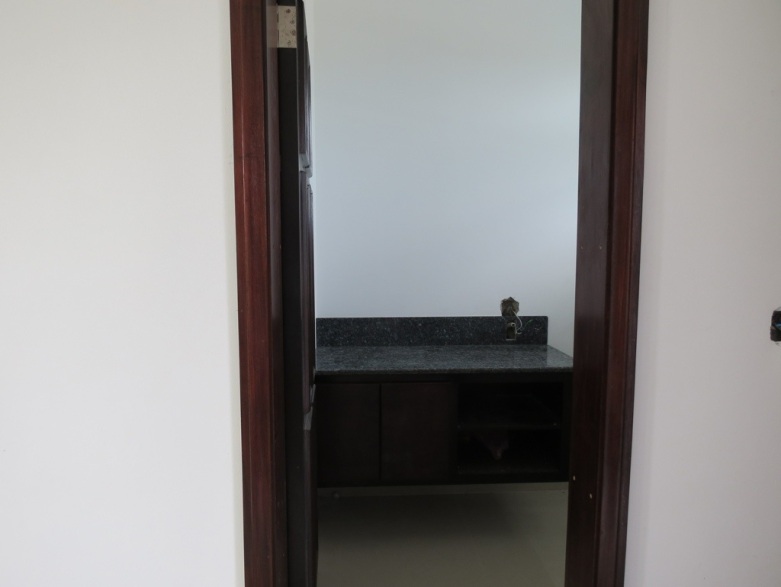 And he had fitted it for the en-suite for the bedroom (Rose’s handicraft room) too. 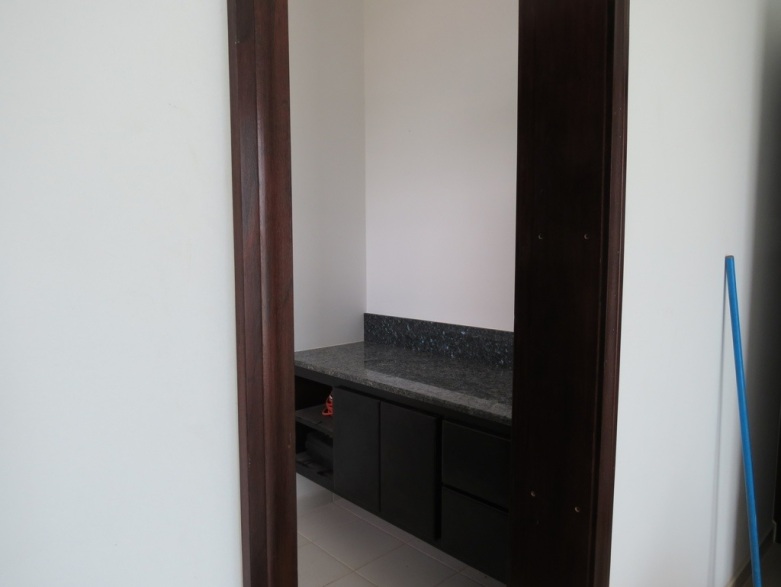 We also saw that the air conditioning units had been delivered.

Units for internal and external placement. All external units will be fitted at ground level.

Taking a walk around the veranda we noticed that Rolando had fitted the external taps (faucets).

And it works. Note the water in the bucket.

Not able to apply restraint anymore I headed up the scaffold to see what had been going on. Once up there it became immediately obvious. They had laid the final coat of cement (dyed Buff) for the veranda and roof terrace.

The cement needs to dry before the effects of the dye will really be seen (we hope). The good thing about living here though is that it will not take very long to dry!

The headline for today’s edition is based on the single released in 1964 by The Temptations which reached number eleven in the US Billboard Hot 100.