Up yesterday morning around my normal time of 05.00 hours and spent a very pleasant couple of hours on the veranda. Me, my coffee and the iPad.

Had to curtail my chill time though because I had the ‘cart booked in for a service at Captain Shark’s so I showered, shaved, got dressed and went for breakfast (yep, at Estel’s).

On the way there I was taken by how the streets were changing in readiness for the September Celebrations. Celebrations that will take place throughout Belize. 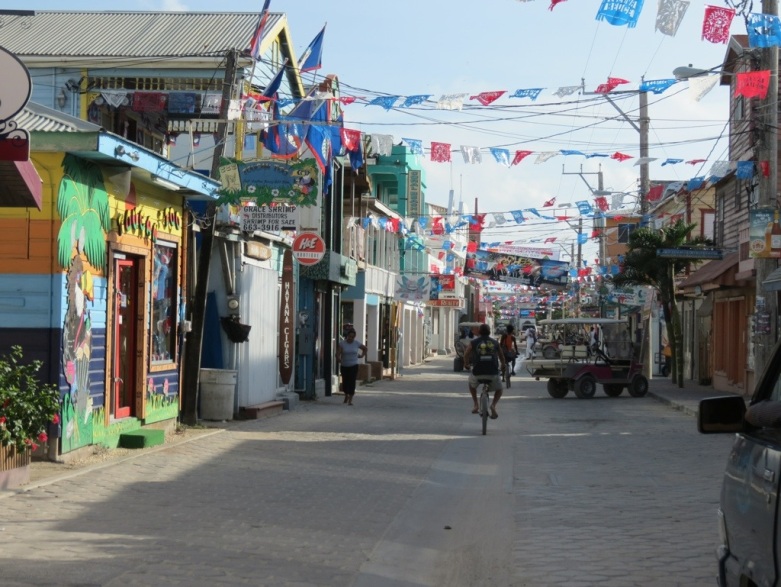 As is Pescador Drive (Middle Street). 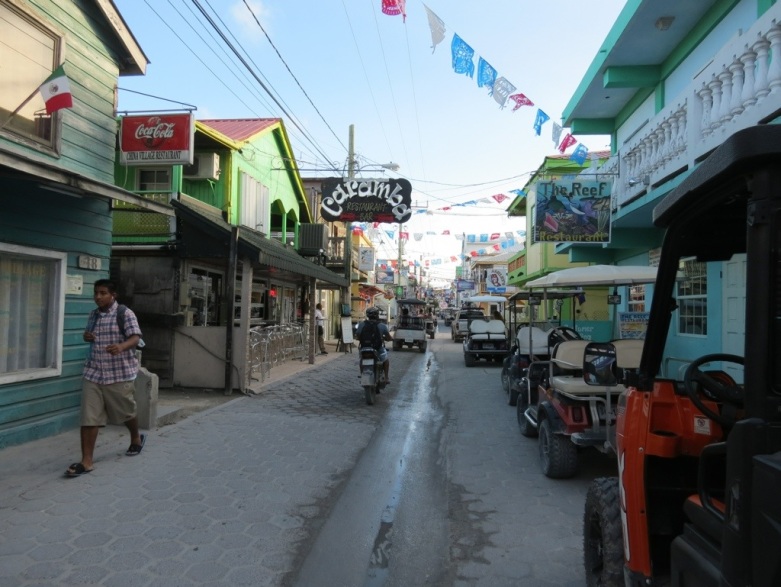 But what about Angel Coral Street (Back Street) ? 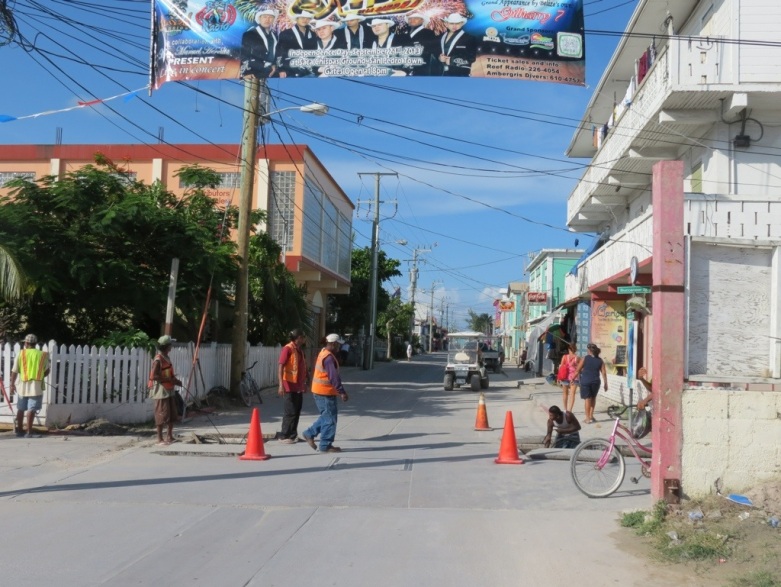 All the signs are there. This is going to be a great month. Lets get the party started!

After a very enjoyable breakfast (what else could it be?) I dropped the ‘cart off and then walked back to the condo we are renting during our build in Ambergris Caye, Belize. On the way I took a close look at the damage that the fire had caused to Ramon’s Resort Village. 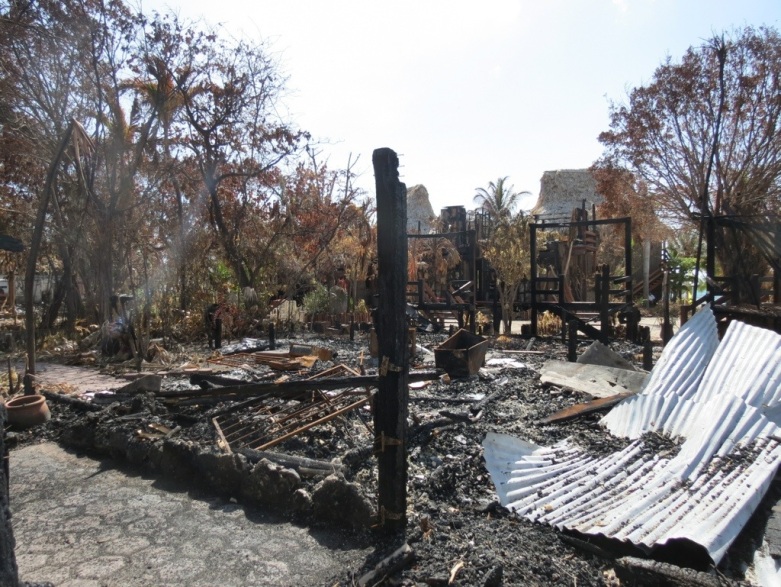 Once home I resumed my ‘chill out’ and took the current book I am reading (Brick Lane by Monica Ali) to the beach. Hard work isn’t it!

After lunch it was time to go collect the golf cart and Rose and I took (obviously) the scenic route – the beachfront.

As we approached The Island Academy we saw a body laying prone on the beach. 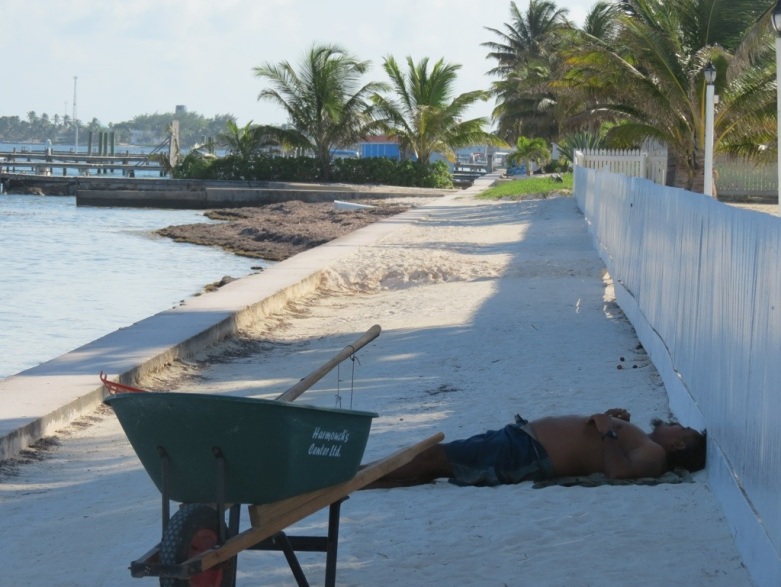 Now that’s what you call sleeping on the job! Or had he started to party early?

Once we had got the ‘cart we headed straight to our build in Ambergris Caye, Belize and got there shortly after 16.00 hours and noticed amongst the blaze of white that the motion sensor spotlights for the Ground Floor had been fitted by Rolando.

For the Pump Room.

Even without the lights working yet its definitely getting a lot brighter as the paint goes on.

Angel in the Pump Room.

Around the back of the house Alfredo and Wilson were hard at work with the rollers.

“Think you missed a bit Alfredo”.

Back around the front again we found Moses fitting a hinge for one of the front doors for the First Floor. 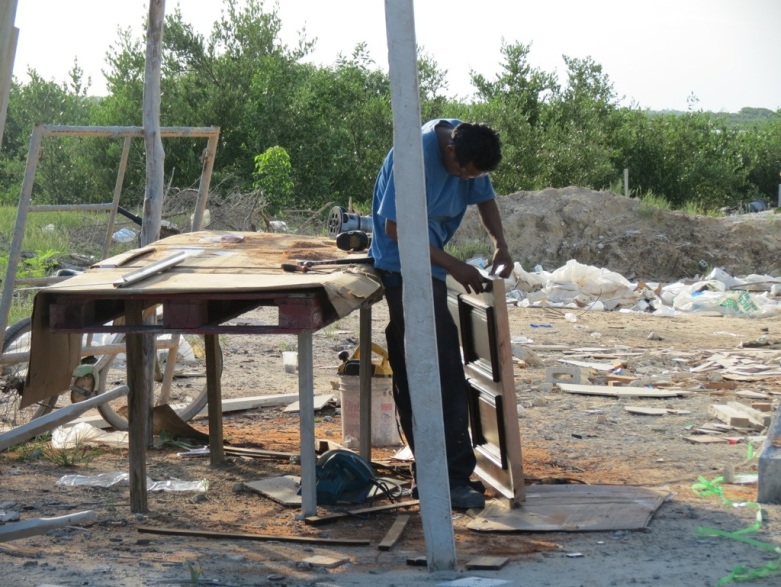 Enough of being outside we went into the Ground Floor self-contained apartment and saw that the guys had been busy. 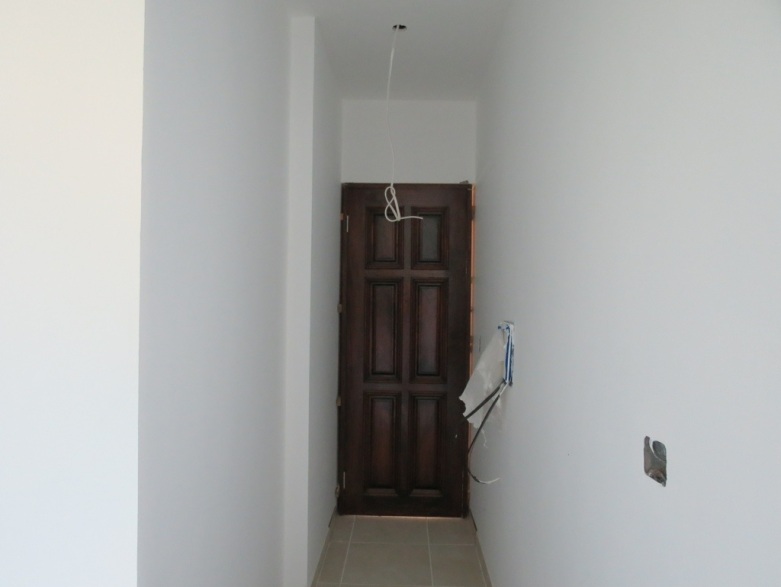 The door for the smaller bedroom had been hung.

And the drawers and doors for the vanity unit for the en-suite of the smaller bedroom had been fitted. 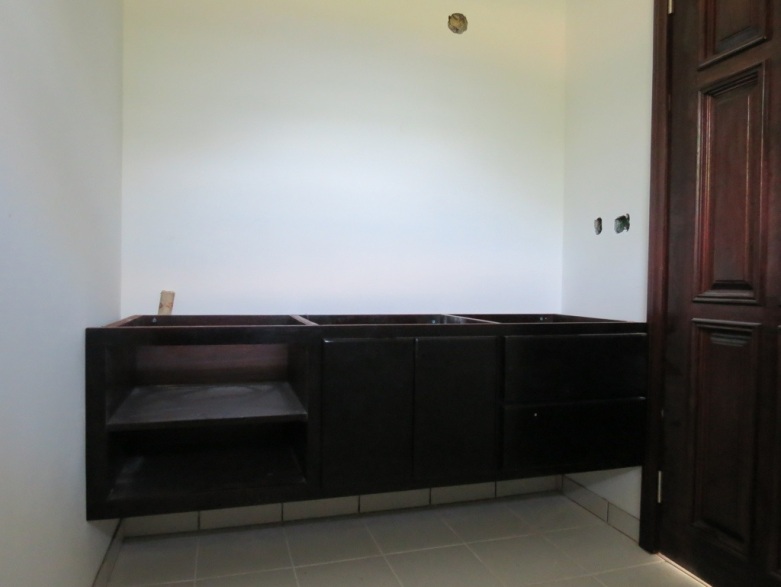 And the bedroom had had its second , and final, coat of emulsion. 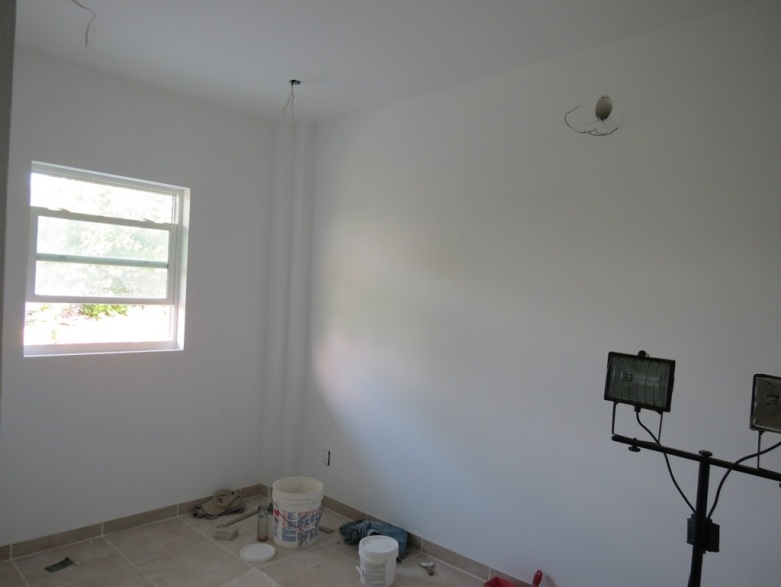 Feeling that things are really starting to take shape on the Ground Floor we headed up the stairs to the First Floor and saw straight away that Moses had fitted the frame for the front doors.

Inside there were obvious signs that Rolando had been at work fitting the light switches.

On the way out we stopped to see how the welder was going with the railings for the front (eastern side) of the Second Floor.

Nearly finished. Well it was nearly 17.00 hours. Time to clock off!

The headline for today’s edition is based on the single released in 2001 by Pink which reached number four in the US Billboard Hot 100 and number one in the UK Singles Chart.