After the extremely inclement weather on Saturday, the last two mornings on the veranda have been very pleasant. Back to normal in fact.

So, ideal conditions for my continued searching on the Internet for the things we want to buy in Miami (an ideal gateway for shipping the purchases to Belize) for our build in Ambergris Caye, Belize.

I’ve taken the approach of making at least two selections for each of the items we plan on purchasing and now only have a few more to go before Rose and I can sit down and make the final choices. Then we can make application (this so that tax and duties are waived) to the “BTB” (Belize Tourism Board) to import them under the “QRP” (Qualified Retirement Program), order and pay for them (ouch) and organise shipping.

As I have mentioned previously, possessions that we have had in store in the UK since we moved here in May last year are en-route and Rose’s daily routines now include monitoring the progress of the Philadelphia Express (the ship that they are on). 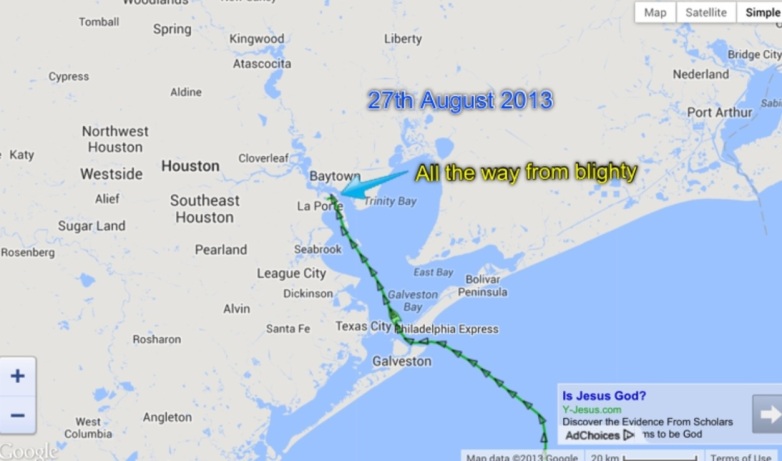 Back to my searching the Internet. As I have mentioned before, it doesn’t require a lot of effort on my part for me to feel that I deserve a treat and yesterday was no different. So it was to Estel’s for breakfast. I am a firm believer that effort deserves rewards !

The rest of the morning and early afternoon, which included ‘taking time out’ for lunch, passed fairly quickly and around 15.30 hours we headed off to visit our build in Ambergris Caye, Belize stopping off in the way at the San Pedro Council’s offices to renew our monthly pass for the Sir Barry Bowen Bridge.

As we pulled in to our lot we could see straight away that work had begun on applying the first coat of masonry sealant to untreated areas at the front of the house on the First Floor.

Alfredo hard at it with the roller while Angel looks on to make sure he didn’t miss anything!

In to the Ground Floor apartment where we saw that Moses and George had been busy fitting more cabinets for the kitchen area.

The floor and ceiling are level. It was me that wasn’t!

In to the en-suite for the larger of the two bedrooms of the self-contained apartment to find that Wilson was getting very close to finishing the tiling for the shower area.

And in the smaller of the two bedrooms Christopher was making very quick work of fitting the skirting (base) tiles. 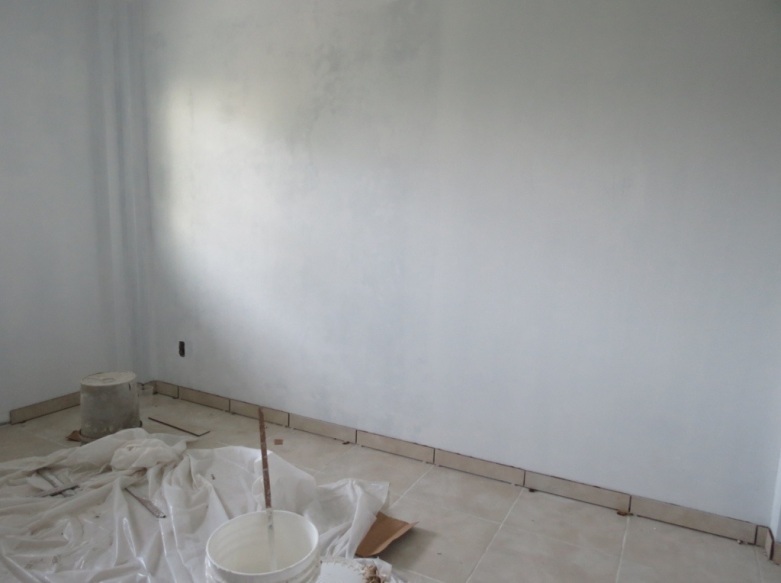 Our path to the First Floor was not as easy as it usually is because Manuel had started to lay the tiles for the flight of steps from the entrance.

Obviously taken once I had got to the First Floor.

Once up there we found Appolito applying grouting for the veranda tiles on the western (lagoon) side.

Then it was up the scaffold to the Second Floor and my bathroom where the vanity unit had been fitted.

Yesterday evening we learnt the sad news that Charlie (or more formally, Charlotte), loyal companion for nearly thirteen years to Peter Lawrence aka Pedro of Pedro’s Hotel, had passed away.

I doubt that any of you who either live on or visit Ambergris Caye have not had the pleasure of ‘meeting’ Charlie. A beautiful dog with a wonderful personality.

Rose and I first met Charlie when she was a very young dog (probably a puppy but she was always so big …) not that long after Peter moved to Ambergris Caye and started to run the Pelican Internet Café in Barrier Reef Drive.

Since those very early days they were inseparable. You rarely saw Peter without Charlie. No surprise that he referred to her as “my best friend”. The thoughts of Rose and I are with Peter. You only had to spend a little time in their company to know just how much he loved her.