When Rose and I first came to Belize, and Ambergris Caye in particular, back in 1998 I brought with me – not knowing what to expect (information on the Internet was nowhere near as informative or comprehensive then)- loafers and flip flops. Within a few days of arrival though I stopped wearing them and did what I saw loads of other people do. I went “barefootin”!

San Pedro was a lot different then (and this is not an intro to a stream of invective). There were no cobbled or paved roads. Depending on the weather they were either very dusty or very muddy. But I don’t recall (is the memory selective?) too much rubbish about. Definitely no broken glass or sharp objects on the roads. So I felt comfortable “barefootin”.

It’s not for me now though (see plenty of people that are “sans chaussures”). You do come across the occasional dangerous object in the roads (sometimes even on the beach) and I just am not going to take the risk of damaging my feet when we visit our build in Ambergris Caye, Belize

Rose has been following the journey (isn’t it great what today’s telecommunication systems can let you do) of the stuff we are having shipped from the UK and yesterday the ship (Philadelphia Express) that our stuff is on docked in Charlotte. It’s now on its way to Miami and will then make its way to Belize City. We are really looking forward to its arrival. It’ll be like Christmas in September opening all the parcels!

As I mentioned in the previous edition, I gave the ‘cart a thoroughly good clean. No surprise then to find that yesterday was a day during which it rained intermittently. Just right to make the roads nice and muddy and take the ‘cart back to its previous dirty state. Why bother!

Around 14.00 hours Rose and I (‘armed’ with rainwear ‘just in case’) took a drive to CJ’s Furniture in Seagrape Drive to look at dining room tables and chairs for our build in Ambergris Caye, Belize. We didn’t find anything in the store that ‘took our fancy’ but did establish that we can have a six feet by three feet mahogany table and six chairs made for around BZ$ 1,000 ( and we haven’t negotiated yet!). And completed in around two weeks from the point of ordering and making a deposit.

With our window shopping experience completed Rose and I went straight to our build in Ambergris Caye, Belize and arrived there at 15.15 hours.

Parking the ‘cart (the now dirty one) we saw the welder under the trees near the bodega completing the final stages of the railings for the western (lagoon) side of the First Floor. 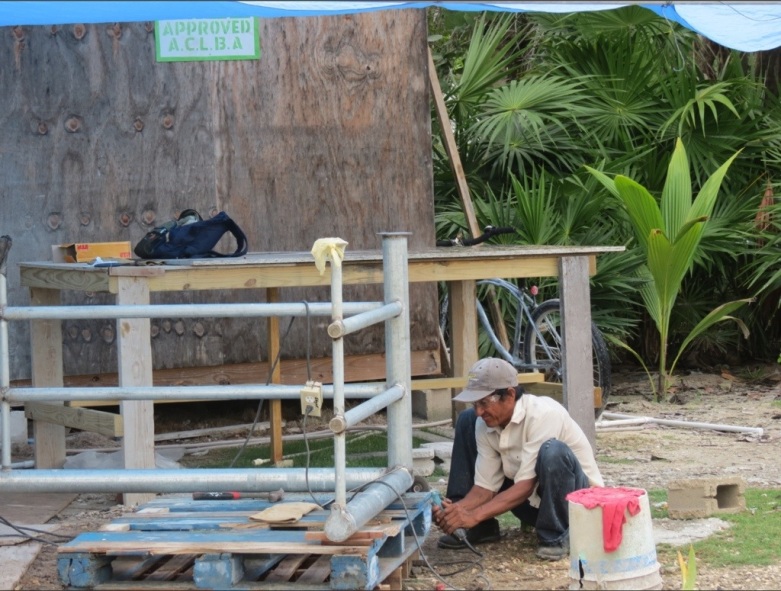 In to the Ground Floor self-contained apartment where we found Wilson fixing the tiles in the shower area of the en-suite for the larger of the two bedrooms. 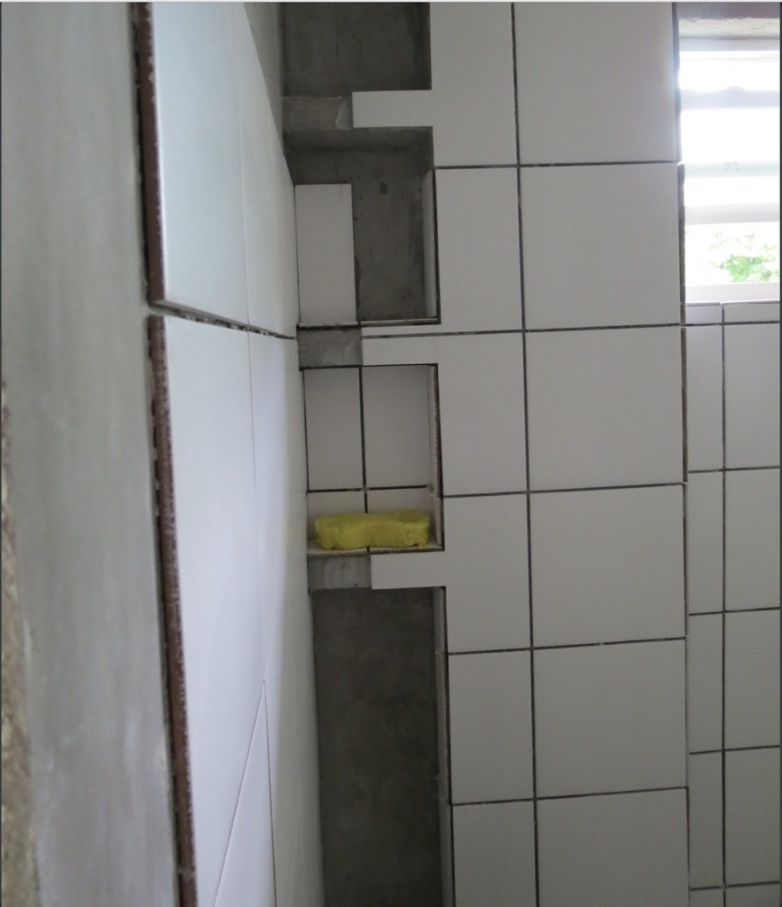 Working on the fiddly area around the recessed shelves.

We couldn’t get in to the small bedroom because Angel and Alfredo were busy at work with the rollers applying the first coat of masonry sealant for the walls and the ceiling. Ernesto -out of splatter range – was in the en-suite fixing the wall tiles.

Once up on the First Floor we immediately saw what Moses and George had been up to . Hanging doors.

Door for the Powder Room.

For the bedroom (Rose’s handicraft room).

In the Utility Room Christopher had finished grouting the skirting (base) tiles.

And out on the veranda Manuel had worked very quickly on fitting the skirting (base) tiles.

Skirting in place on the small wall on which the railings will be installed. 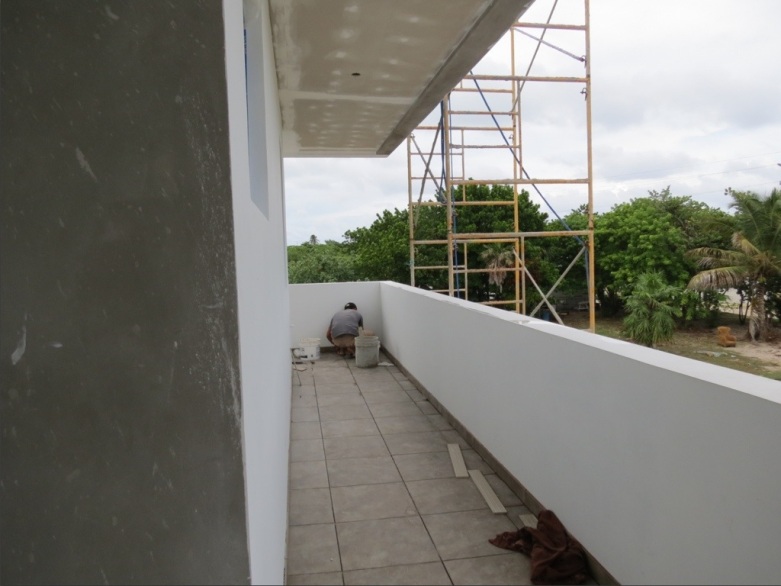 Manuel fitting the last pieces of skirting in the south-eastern corner.

At the back (lagoon side) of the house José was working alone rubbing down the cement around the sliding windows (door). We assume that painting will commence soon.

The original was not the greatest quality. So …

The headline for today’s edition is based on the single by Robert Parker which in 1966 reached number seven in the US Billboard Hot 100 and number twenty-four in the UK Singles Chart.