Yesterday was the second day running when I got up late. Didn’t ‘hit’ the veranda with the coffee until 05.10 hours. What’s happening?

After ‘knocking out’ the previous edition I got ready and headed down to Estel’s for my usual choice of breakfast (eggs sunny-side up, bacon, potatoes and a flour tortilla. Oh, and black coffee of course).

With breakfast taken care of (or was it me that the breakfast took care of?) I walked to the Atlantic International Bank Limited branch in Pescador Drive to make a withdrawal (oh for the day when I visit to make a deposit!) for some bills that we have to pay.

Then it was straight home to the condo we are renting during our build in Ambergris Caye, Belize to collect Rose and then pick up Edmund and George (two guys that have been recommended to us to build the fence we want) and take them to our lot.

We got there at 11.20 hours and walked them around and explained where and how we want the fence constructed (it will be six feet high and constructed in treated pine with double-door gates with a combined width of eight feet) and after some discussion we agreed on a price. Rose and I now need to calculate how much wood we need, order it and then arrange delivery to the barge in Belize City. We also need to agree a barging cost and delivery of the wood to our build in Ambergris Caye, Belize.Oh, and we also have to get planning permission from the San Pedro Town Council to erect it.

The plan is to have everything in place so that the fence can start going up from Monday 2 September and hopefully be finished by Saturday 21 September.

We returned ‘home’ and after having a light lunch and taking care of a few bits and pieces returned to our build in Ambergris Caye, Belize in the afternoon and got there around 15.30 hours and on driving in to our lot saw that Angel and Alfredo were ‘sheeting up’ the sliding window (door) of the bedroom (Rose’s handicraft room) on the First Floor. 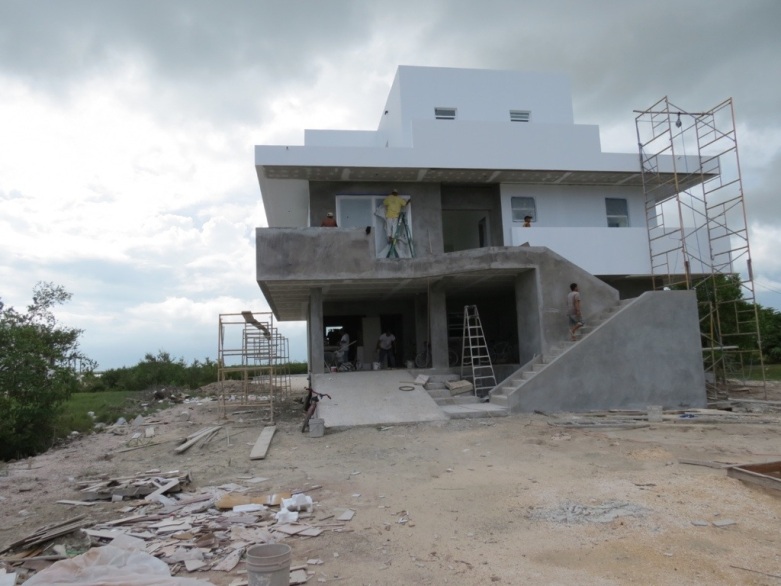 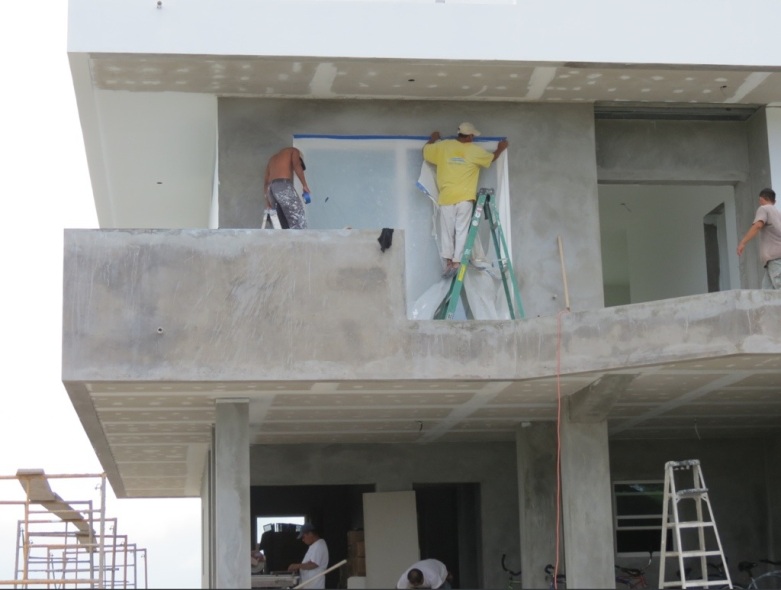 To our right, Edgar (the granite man) had ‘taken’ time out to help the welder position one of the vertical posts for the railings for the western (lagoon) side of the First Floor. 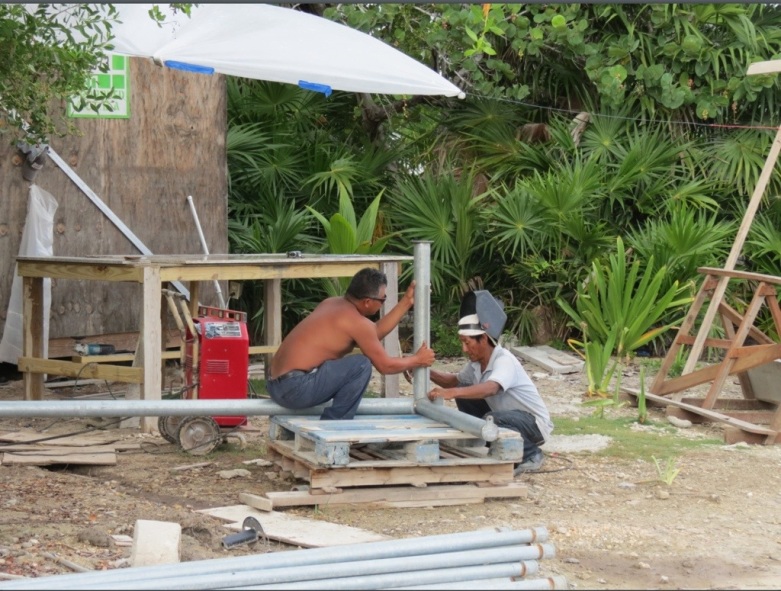 Parking the ‘cart we decided to start off on the First Floor and went straight to the bedroom (Rose’s handicraft room) where we found that Christopher had been very active and had nearly fitted all of the skirting (base) tiles. 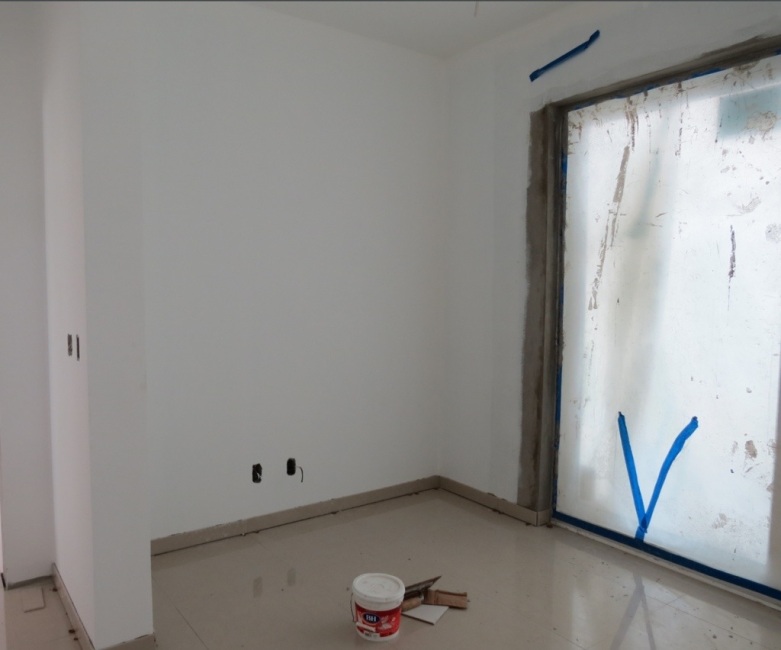 Where the closet/built-in wardrobe will be fitted. 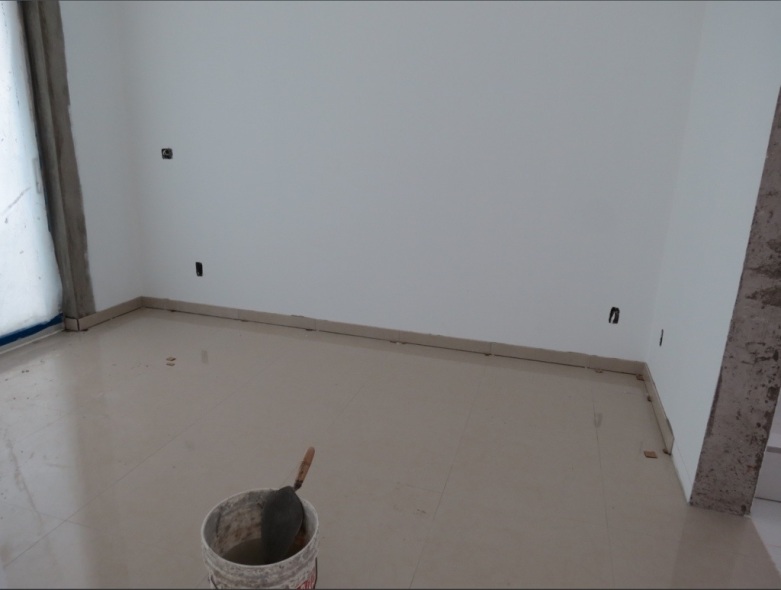 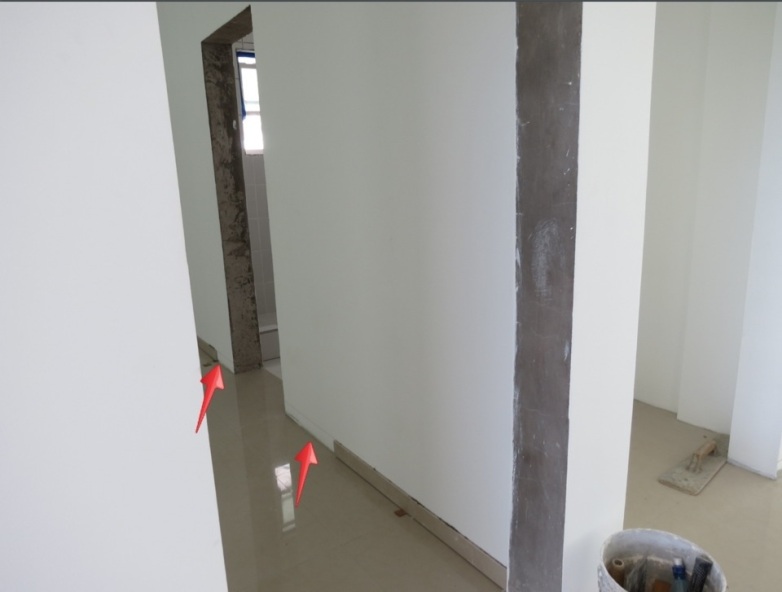 Arrows indicate where the skirting will not be fixed until the door jambs are installed.

Christopher had also been busy at fixing the skirting (base) tiles in the hallway but had again not fixed the skirting where doors will be hung. 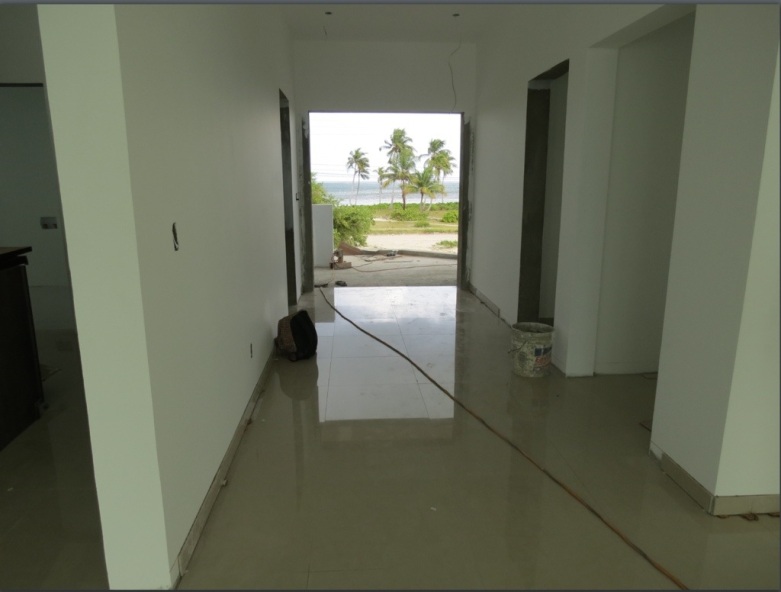 Walking in to the living room area I swung the camera around (since starting our build in Ambergris Caye, Belize it seems like I am always looking at life thru a lens) to find that Christopher had finished the skirting for the southern wall. 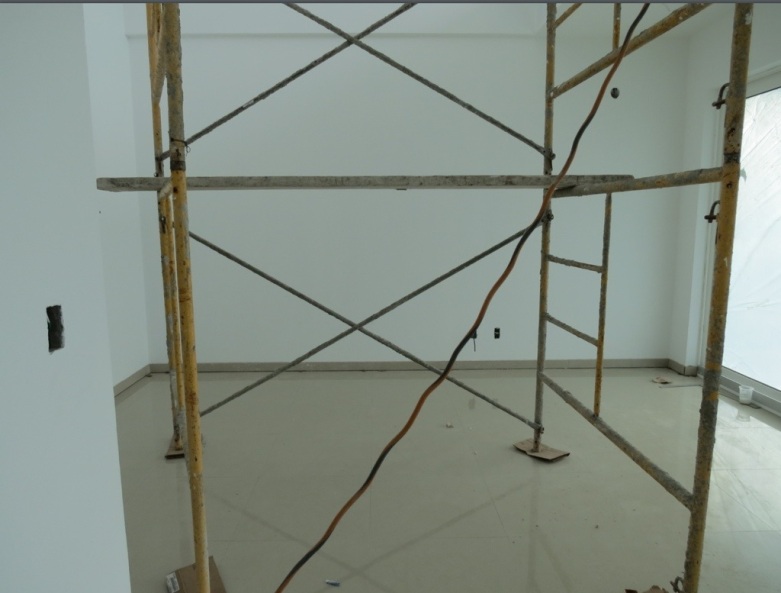 Out on the veranda the tiler had virtually finished laying the floor tiles for the northern side. 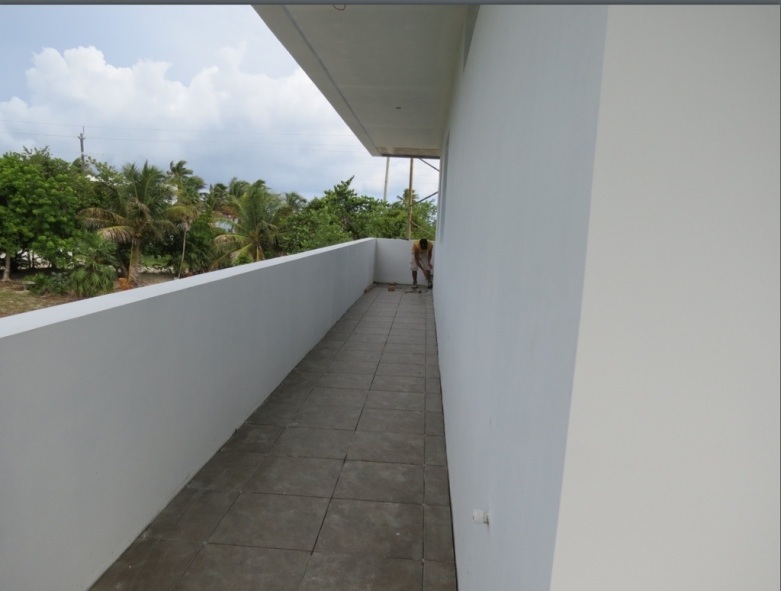 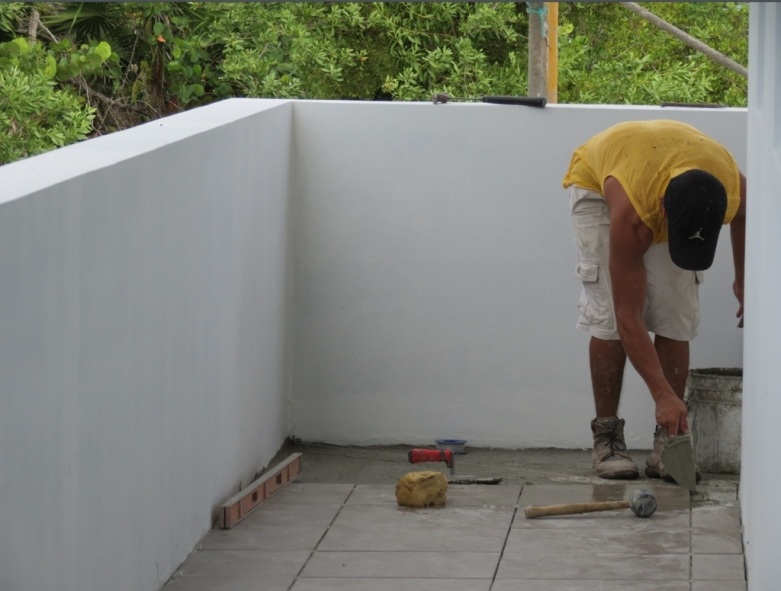 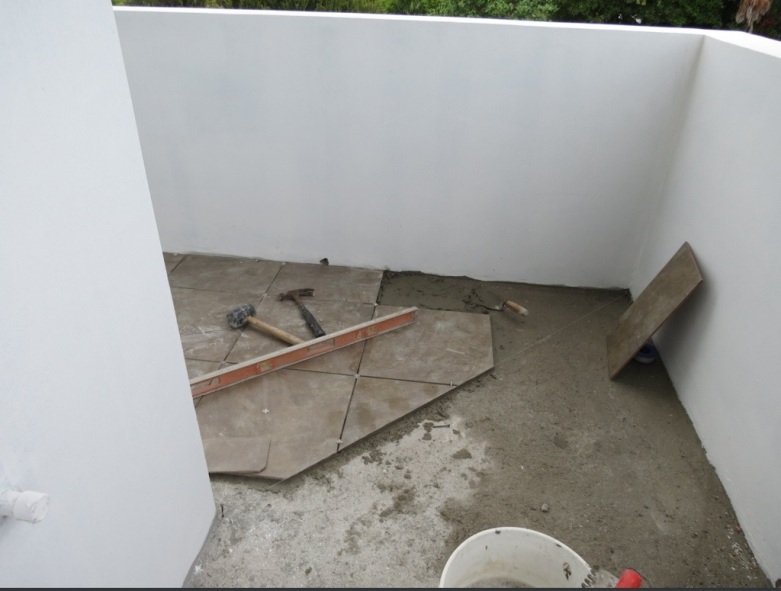 North-east corner of the veranda.

Up the scaffold to the Second Floor where I was really pleased that Ernesto, assisted by young Appolito, had started grouting the floor tiles AND and fitting the skirting for my bathroom. 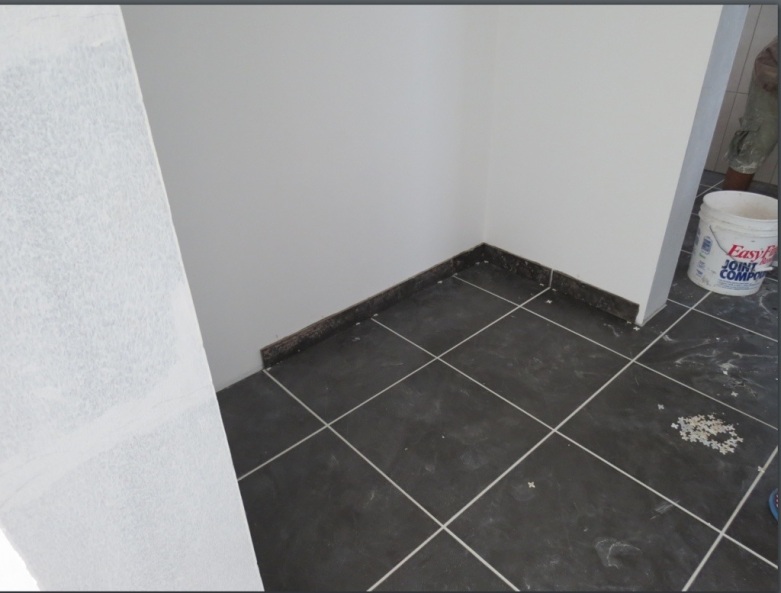 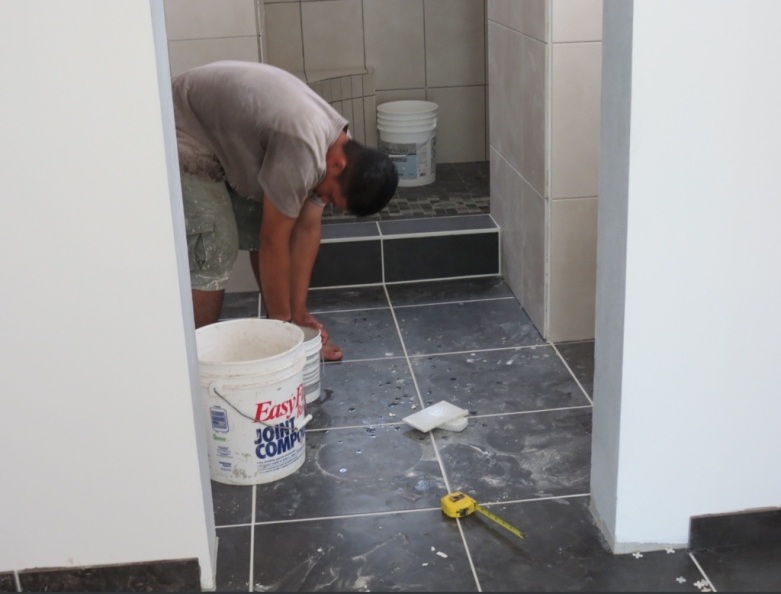 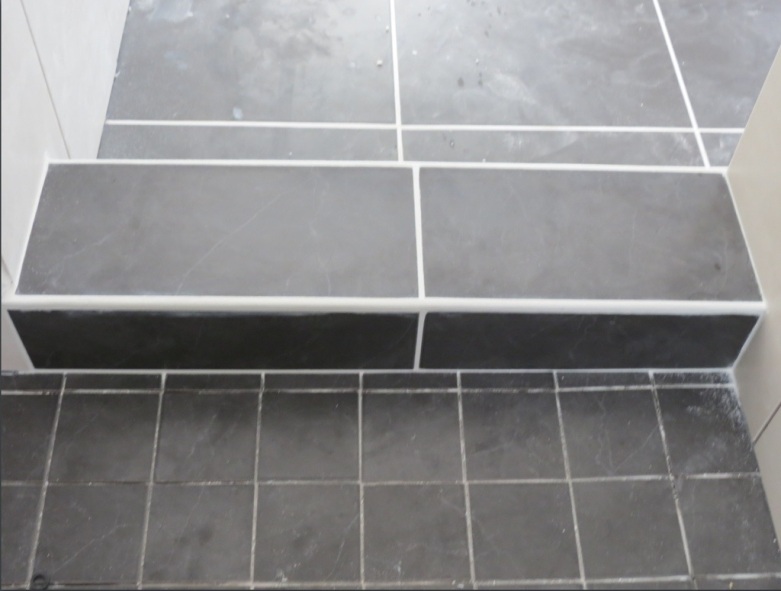 Step for my shower.

We then popped down to the Ground Floor self-contained apartment where we saw that Wilson had finished laying the floor tiles for the smaller of the two bedrooms. 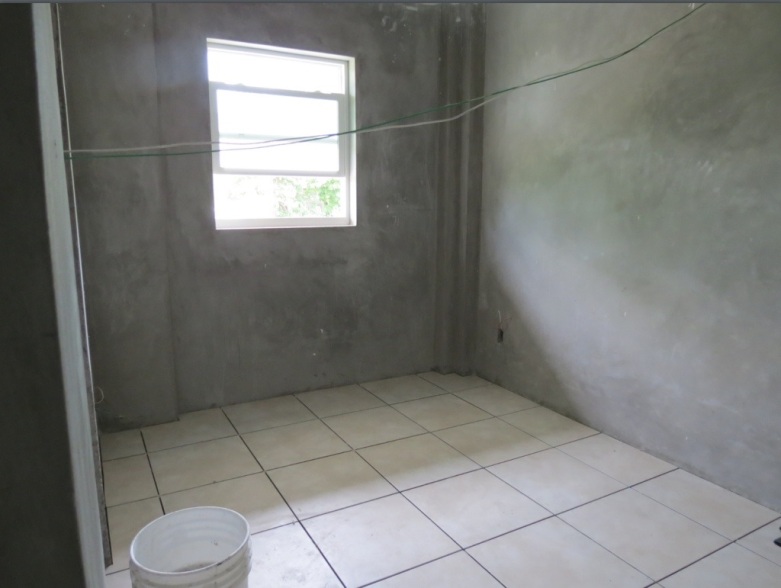 By the time we were leaving our build in Ambergris Caye, Belize Angel and Alfredo had finished applying the first coat of masonry sealant around the sliding window(door) of the bedroom (Rose’s handicraft room). 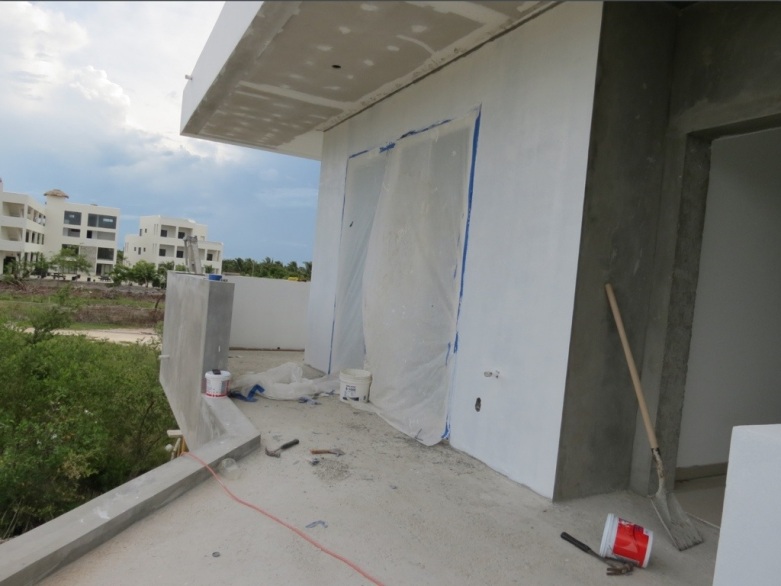 And the welder had fitted the vertical post in place. 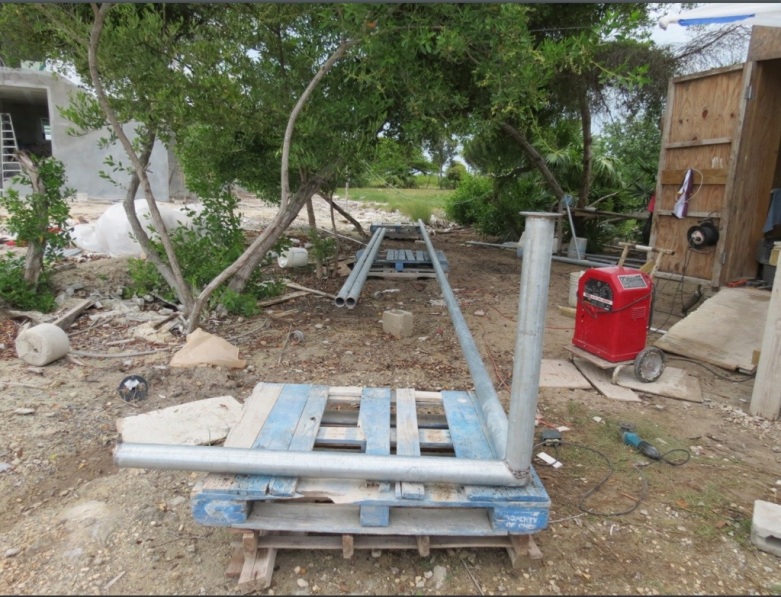 Less and less cement colour on the eastern (road) side of the house.

The headline for today’s edition is based on the title track of the album released in 1997 by Robbie Williams which eventually (it spent twenty-eight weeks in the charts before doing so) reached number one in the UK Albums Chart.