Normal service (well if you consider what I normally include in my blog as normal) will be resumed with the next edition but I thought -given the questions I raised in an edition a few days ago I would take a mini break from writing about our build in Ambergris Caye, Belize and publish a Special Edition to let you see some of the preparations for the 2013 Costa Maya Festival being held in San Pedro.

Given that Don Squier expressed an interest in knowing more about the Sunset Boardwalk project I took a walk around the old Saca Chispas Football Field earlier today to see the work that was taking place to make it ready for the Island Party Night and International Night that will be held there on the 2nd and 3rd August respectively. 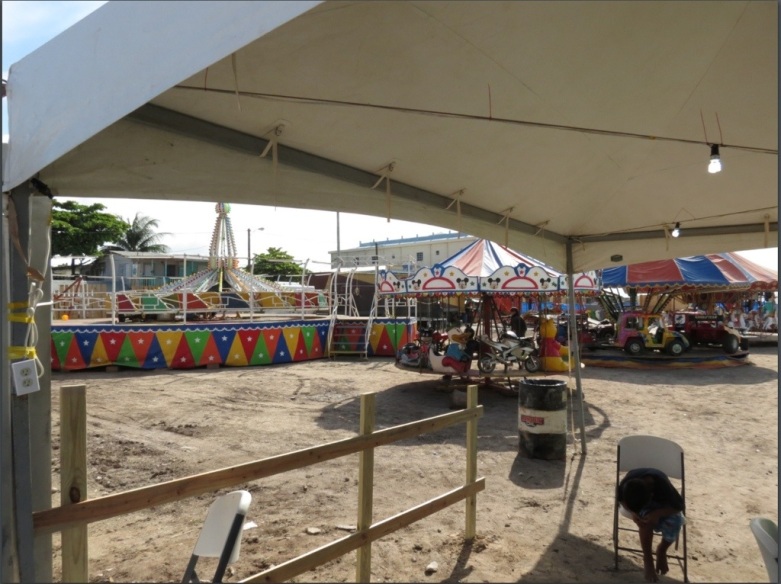 A peak through the entrance gate and the children’s (and adults?) rides are nearly assembled. 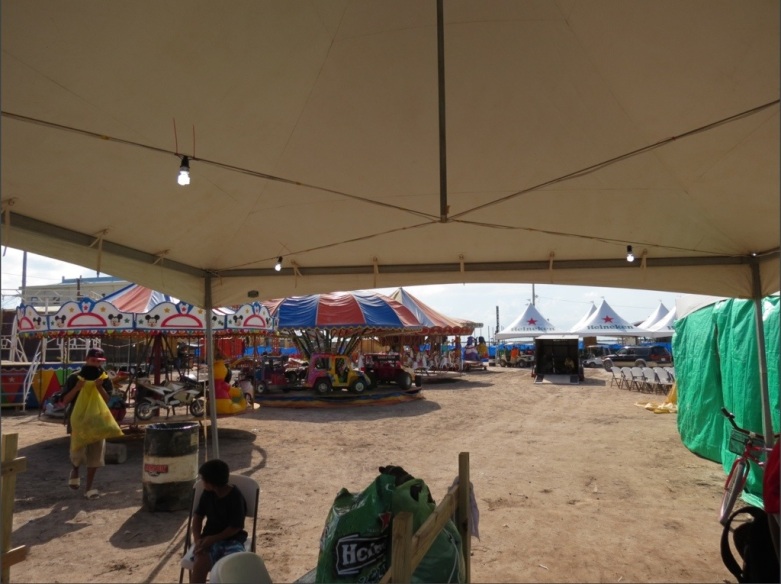 The rides are within a few steps of each other to make it easy for the children (and the parents) to go from one ride to the next.

And a Ferris Wheel too.

The food and drink tents erected.

Seats in place and the stage nearly ready.

The bit you don’t want to see – the exit. It means the show is over and you are on your way home!

The headline is based on the single recorded in 1966 by Frankie Valli which reached number eleven in the UK Singles Chart in 1970.