Up and out on the veranda yesterday morning around 05.15 hours. And the Internet was fine so I got my daily dose of The Times on-line. No purchases by Arsenal though but we have got rid of Andre “Who ate all the pies” Santos but to do so we had to let him go on a free transfer. Not a bad bit of business – we only paid £6.8m for him two years ago ((sarcasm intended). Oh and it looks like we are about to off-load Gervinho too. At least the wage bill will go down.

Sated with my ‘feed’ of news I grabbed the bucket, brush, cloths and chamois and went and spent a fairly energetic hour washing the golf cart. Try as I may though I haven’t found any effective way yet of how to get the seats really clean. Knew we shouldn’t have gone for white! So if any of you out there in the blogosphere have any ideas please let me have them. Normally willing to try (most) things at least once.

With the ‘cart in a gleaming condition (aside from the seats that is) I showered, shaved, dressed and had breakfast and then went to the Belize Brewing Company Limited depot to get a five gallon bottle of water. On the way there I passed the new church being built at the corner of Blake Street and Seagrape Drive.

Looks like the main entrance is going to be in Blake Street.

With the steeple in place the building is now starting to look like a church.

When I got the water I was informed that the price has increased from BZ$ 3.50 to BZ$ 3.60. An increase of just under three percent. Not too bad.

Home with the water I then went – with my book – to sit on the jetty in front of the condo we are renting during our build in Ambergris Caye, Belize for some quality lounging time.

Around 15.00 hours Rose and I headed off to view progress on our house and I made the journey reflecting, or perhaps ruminating is a better description) on a comment that Don ( a follower of this blog from California) had posted. The result of my rumination is that I decided that I would act upon Don’s request/suggestion.

So with this decision made when Rose and I got to our build in Ambergris Caye, Belize I didn’t “waste” any time before headung up the scaffolding to reach the Second Floor and then used the step ladder up there to get up on to the roof of the house. Once there I felt like I was on top of the world! The views in general from our house are good but up there they are great and in today’s edition I am sharing (courtesy of Don’s suggestion) some of them with you.

Looking south-west over our near neighbour Jason’s house, Pirate Villas (this is available for holiday rental).

Looking north-west is Bertand’s (another neighbour) the Bamboo House (this is also available for holiday rental).

Should add that I am not on commission. Just being neighbourly! 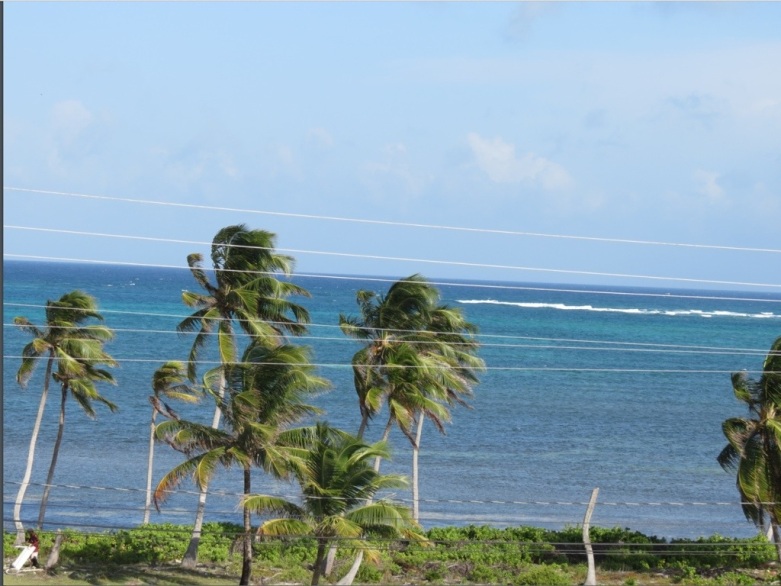 I could have stayed up there until the sun set but I had left Rose on her own long enough so I went back down to the the Second Floor to join her and have a look at progress on my bathroom where we found Ernesto busy at work.

Ernesto (out of shot) with the next tile. 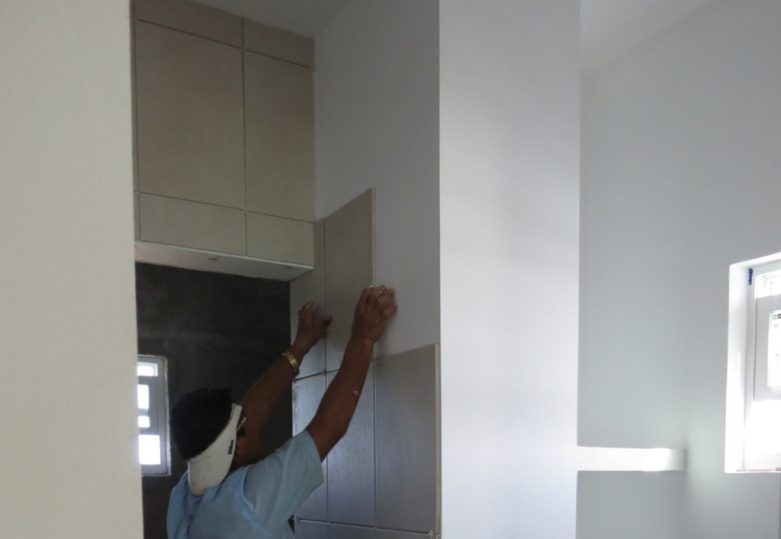 And up it goes.

While we were in my bathroom Angel (who had taken a break from painting (more later)) came in to ask us exactly where we wanted our mirrors to be fitted. We described exactly where we want them and Angel, with tape measure and pencil at the ready, marked the exact positions on the walls of our respective bathrooms.

With these ‘executive’ decisions taken we took the scaffold down to the First Floor where Christopher was continuing to lay the floor tiles and by now was in the final stages of tiling the kitchen area.

By now Angel had returned to the First Floor and along with Alfredo was applying the first coat of masonry sealant to the external wall on the northern side of our build in Ambergris Caye, Belize. 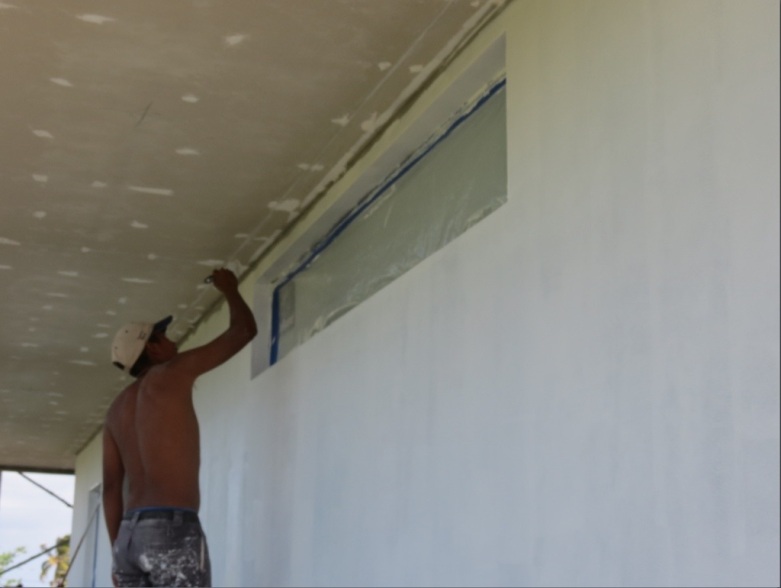 Alfredo “cutting in” around the clerestory window.

Bringing today’s edition to a close I’ll leave you with another photo I took from the roof. 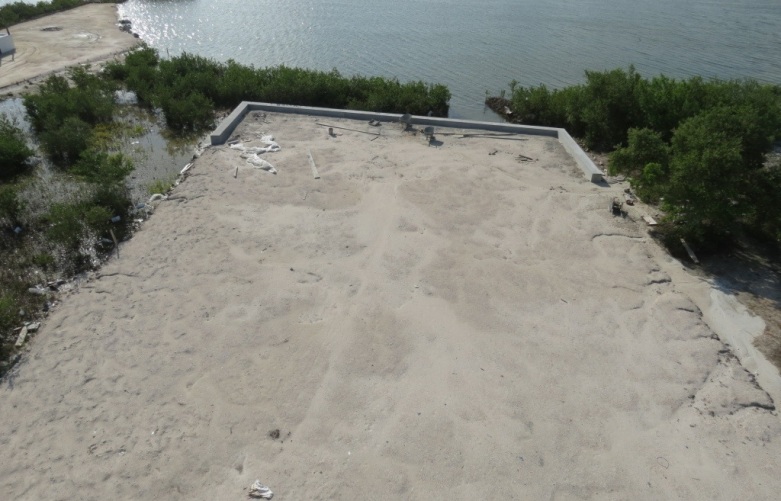 Top of the world looking down on our back garden.

The headline for today is based on the song by The Carpenters which reached number one in the US Billboard Hot 100 and number five in the UK Singles Chart in 1973.