Had a bit of a lie-in yesterday and didn’t get up until just before 6 am. This late get-up for me was caused in no small part by Jason Stalham and Jet Li. Why them you may well ask. Well, because I inexplicably sat up until nearly 2 am watching a film that they appeared in called War. Crap storyline but I am an absolute glutton (some may say a cretin) for films with violence in and especially martial arts ( I just love the choreography).

Even though I had got up so ‘late’ I still went through my usual routine. Coffee on the veranda with my iPad and The Times on-line for in depth reporting on the current Ashes match (for non UK readers this is a historical cricket test match series played between Australia and England which started in 1882).

After showering, dressing and having breakfast I still wasn’t inclined to do a great deal (one of the pluses of being retired) so I took my book (even though it is an enjoyable read I am determined to finish the damn thing now) to the beach in front of the condo we are renting whilst our build in Ambergris Caye, Belize is taking place and enjoyed some leisure time.

When it got to just after 1 pm I went in for a light snack and it was then time for Rose and I to head off to view progress on our house and we got there just after 2 pm and started off our “tour” in the Ground Floor self-contained apartment where we found some of the guys applying the final coat of cement for the floor. 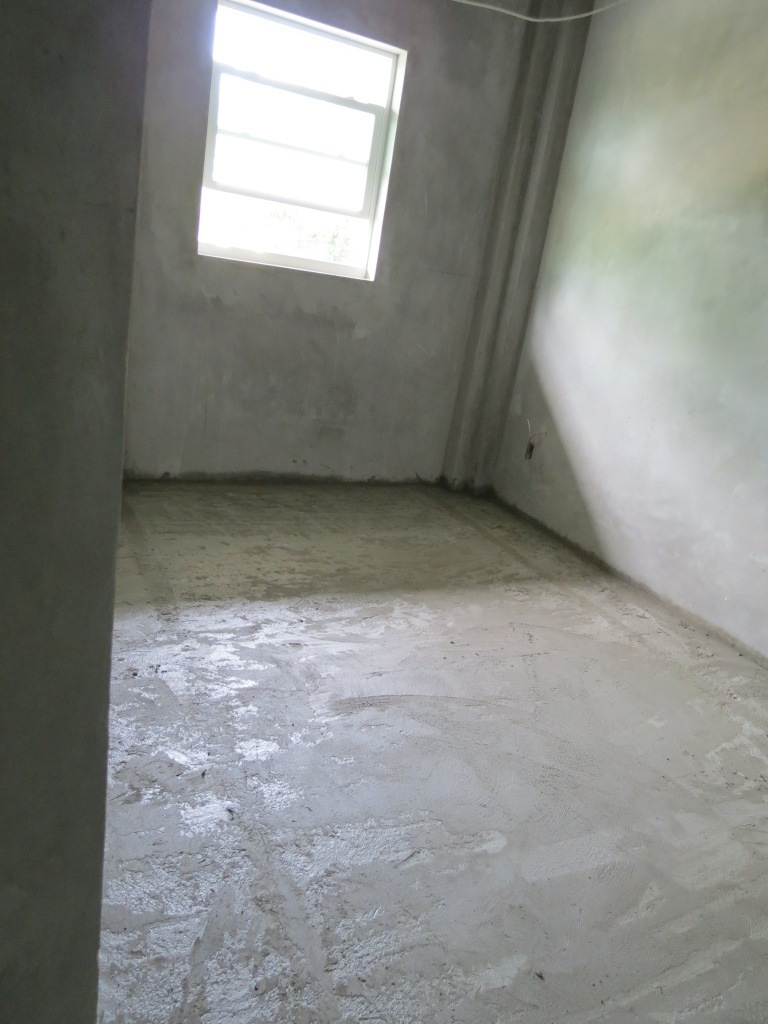 Floor laid in the smaller of the two bedrooms. 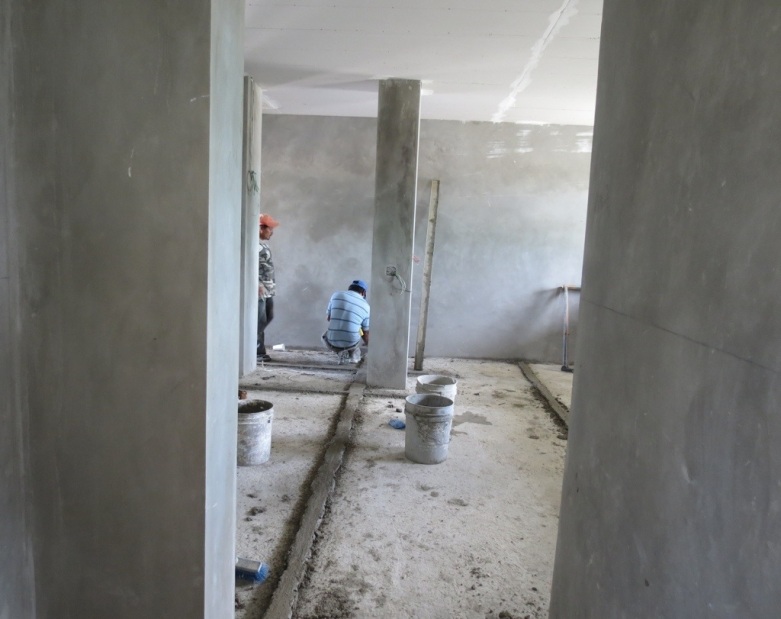 Floor being laid in the kitchen/living room.

In the back garden two of the guys (brought in by Daniel Camal, our building contractor, specifically for this job) were applying the finishing coat for the sea wall. 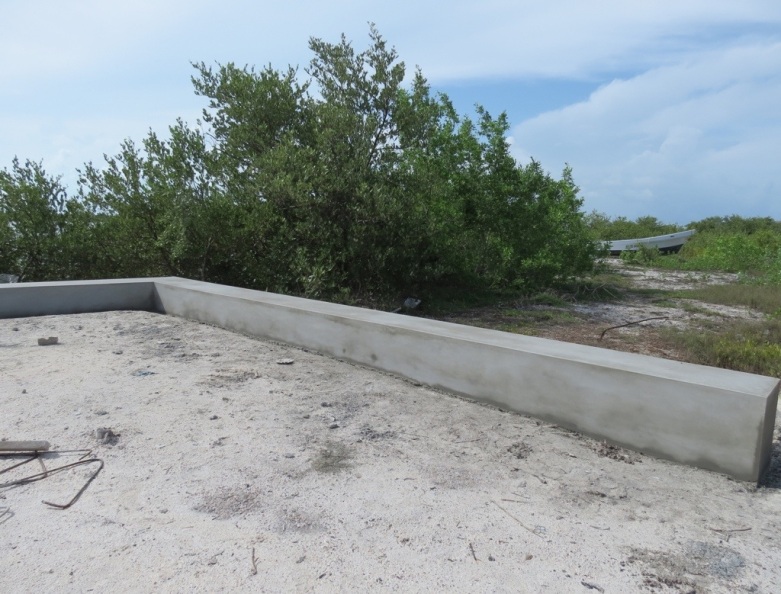 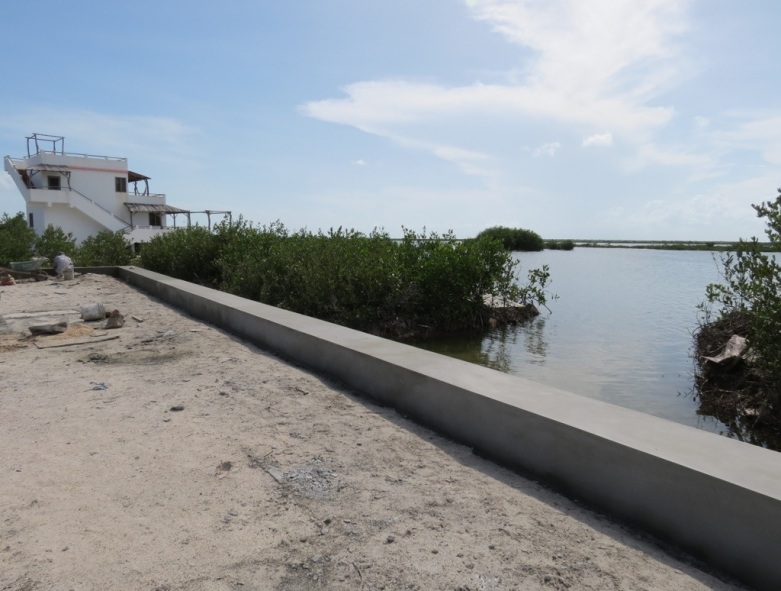 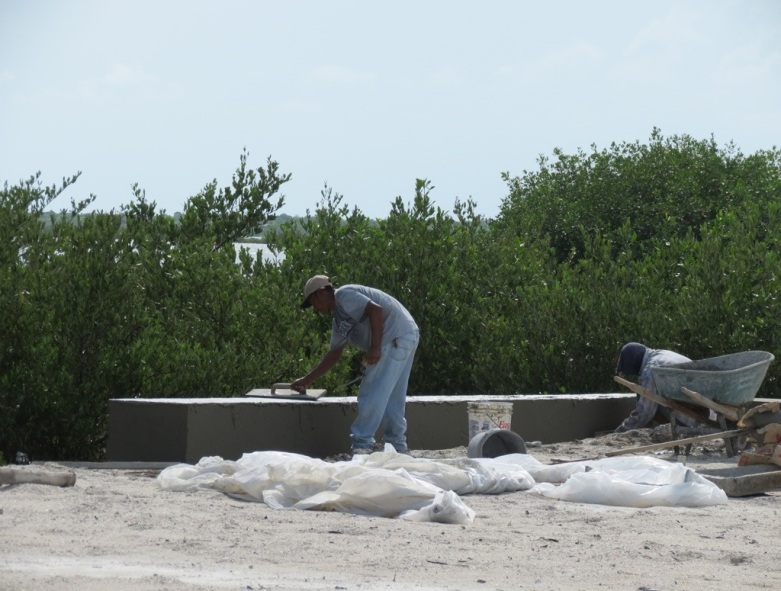 Around the front of the house work had started to finish the Store Room/Garage where a coat of cement for the door lintel had been applied and they were rubbing down the walls in preparation for the penultimate coat of cement. 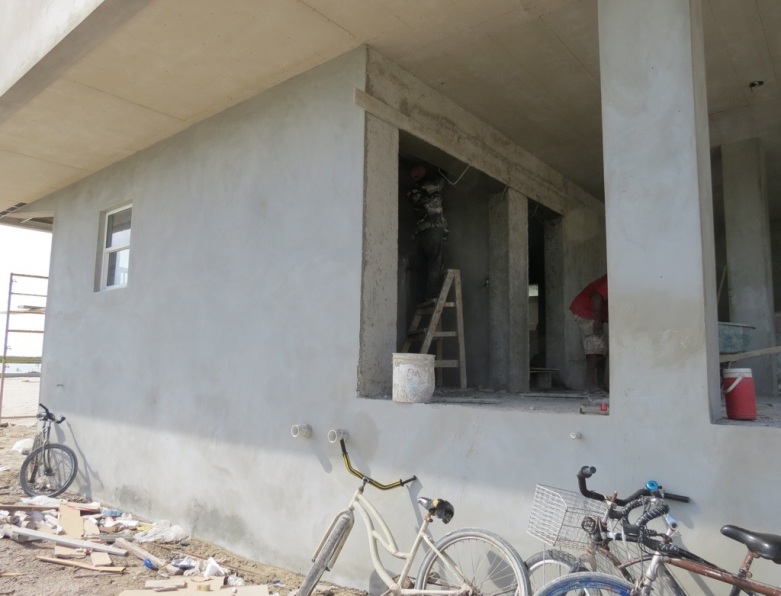 Forms in place for the door lintel.

With the tour of the Ground Floor finished we headed up the stairs to the First Floor where we found Martin applying the finishing coat of cement around the front entrance. 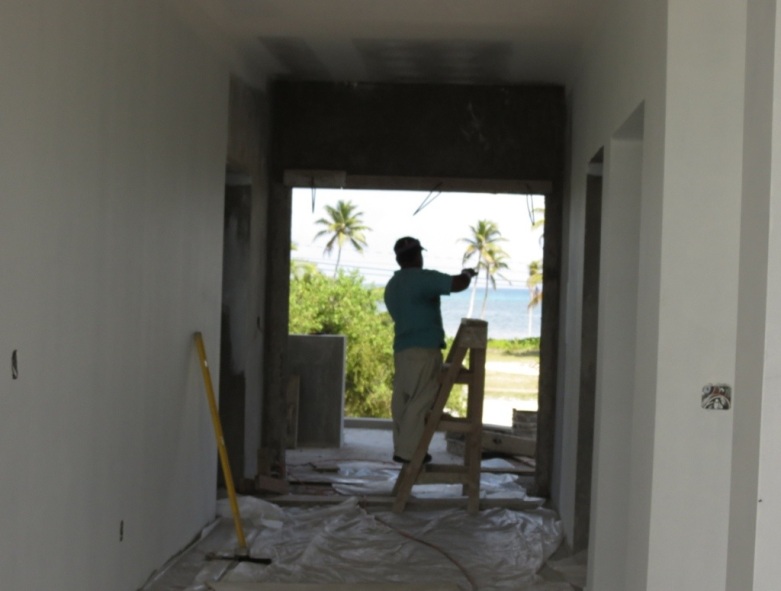 Not the greatest photo but believe me, that is Martin.

In the bedroom (Rose’s handicraft room) the first coat of masonry sealant had been applied to the walls. 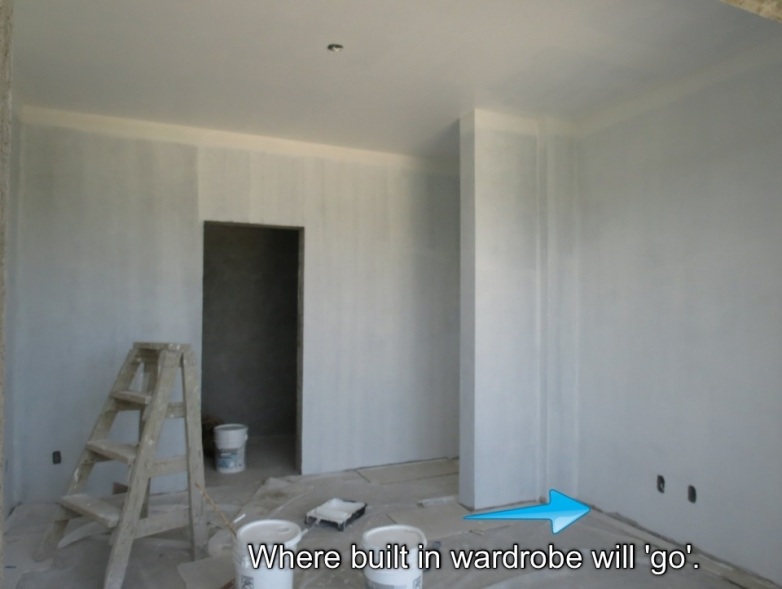 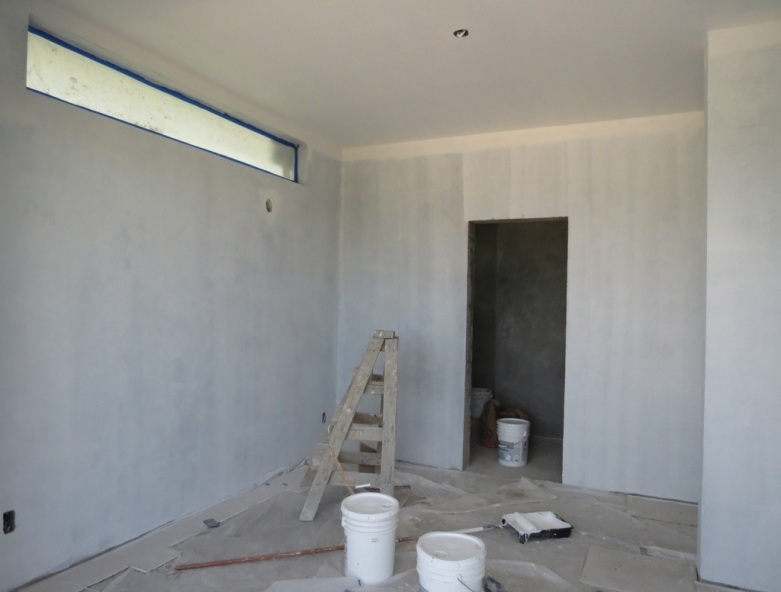 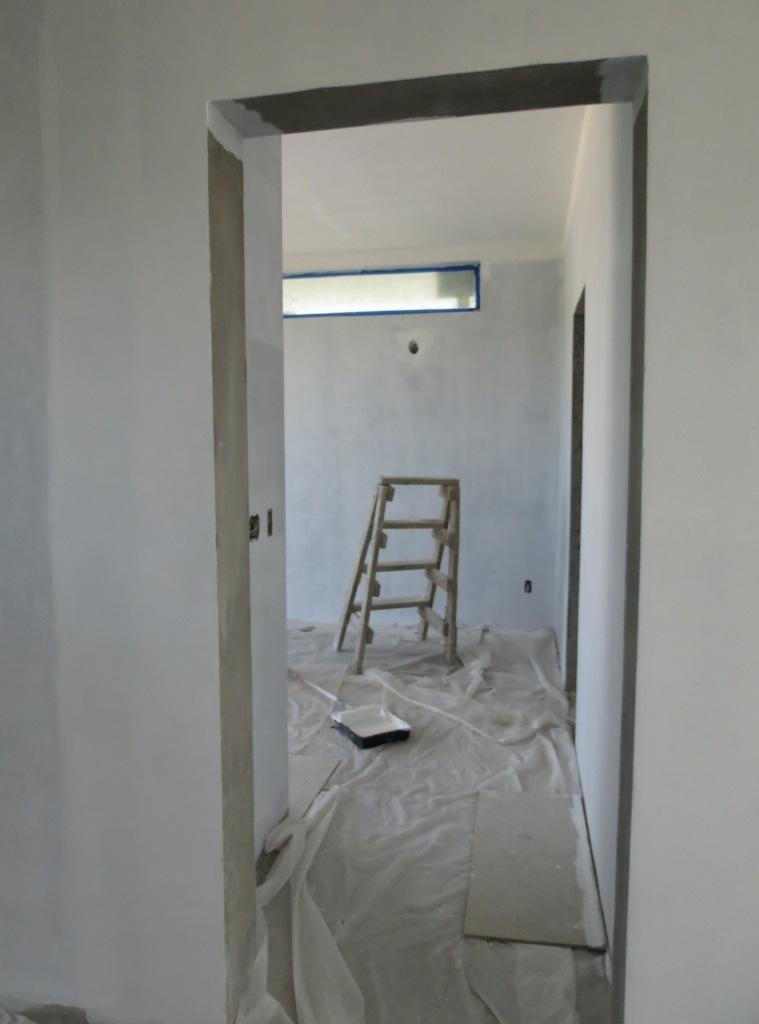 With not much else changed on the First Floor we headed up to the Second Floor where we found that “Wat” had finished laying the tiles for my walk-in closet and bathroom. 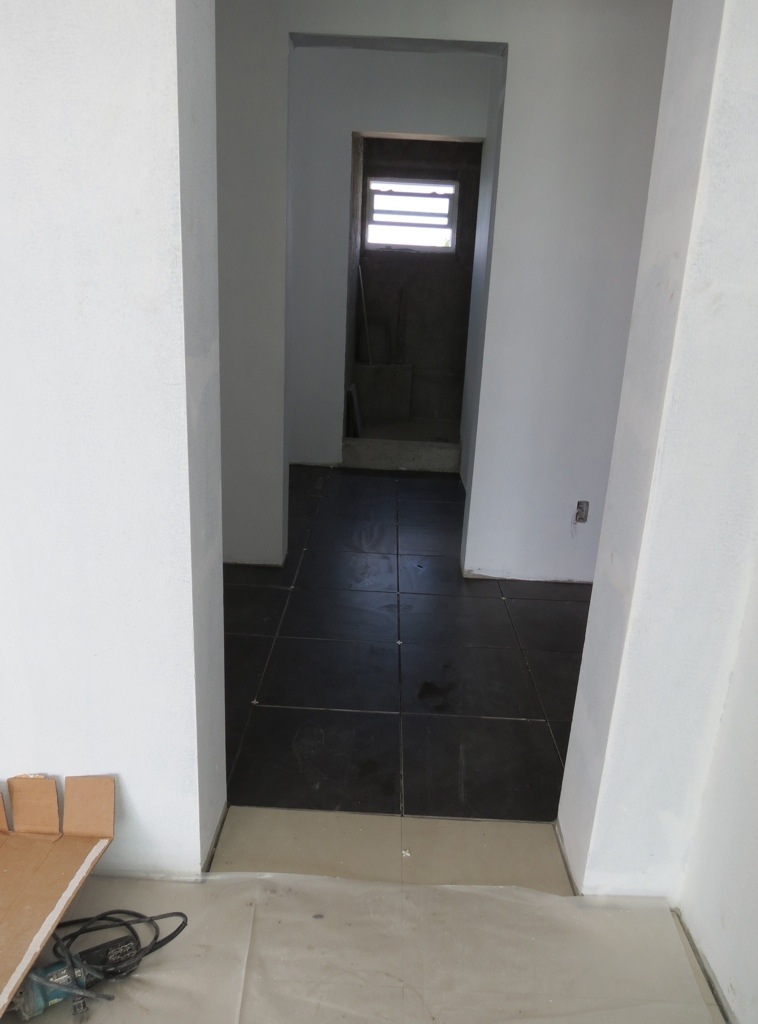 View from the bedroom. 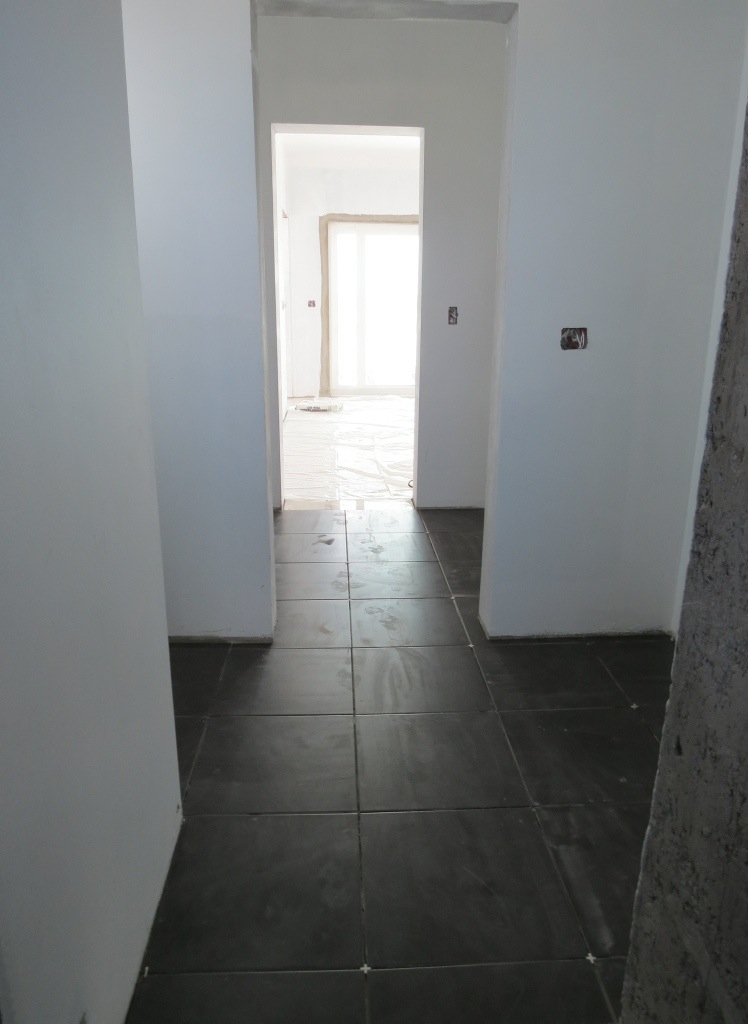 View from the shower area. 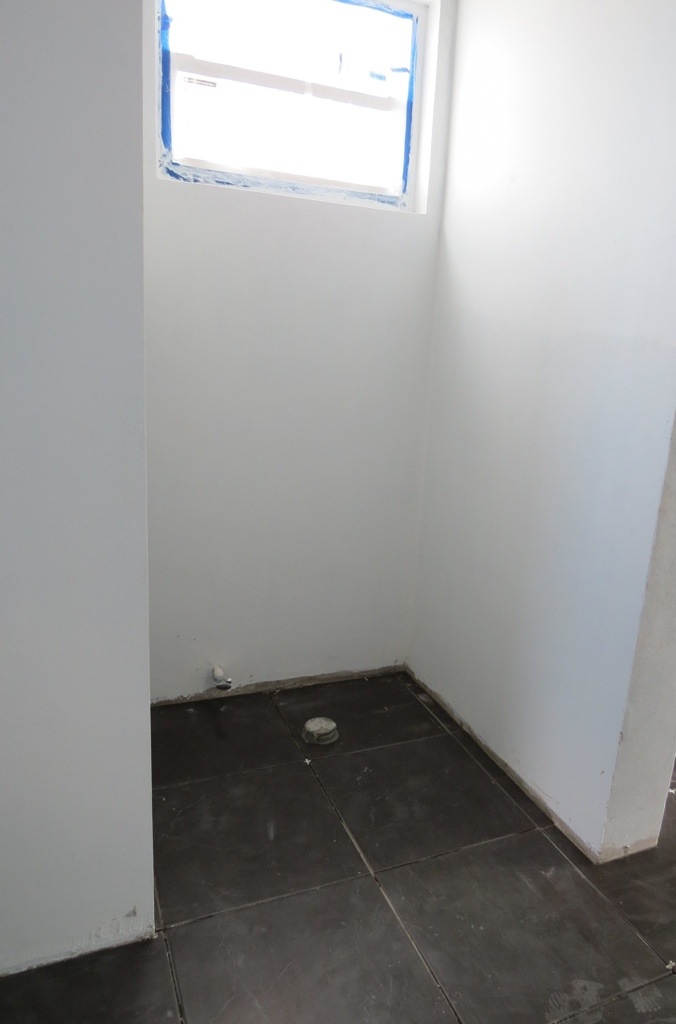 Where toilet will go.

Out on the roof terrace we once again found Alfredo applying masonry sealant in what appears to be a one piece at a time approach. On this occasion he was draped over the northern wall. 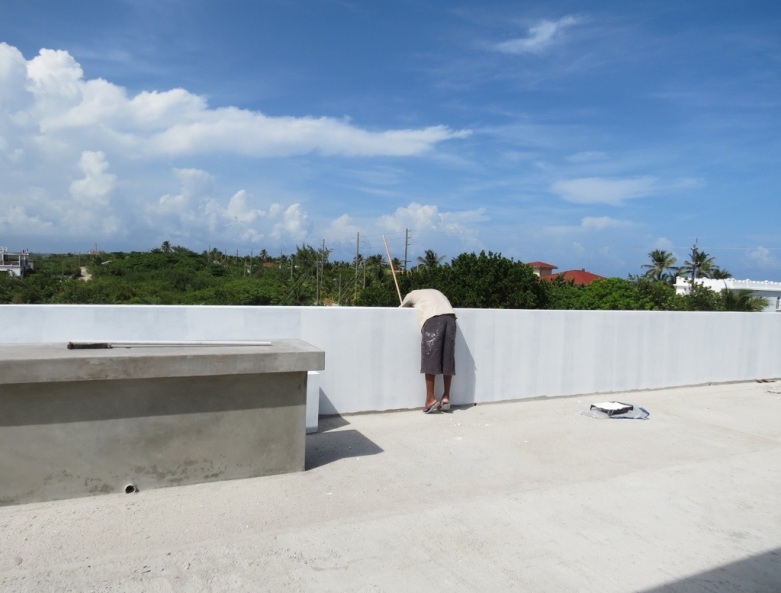 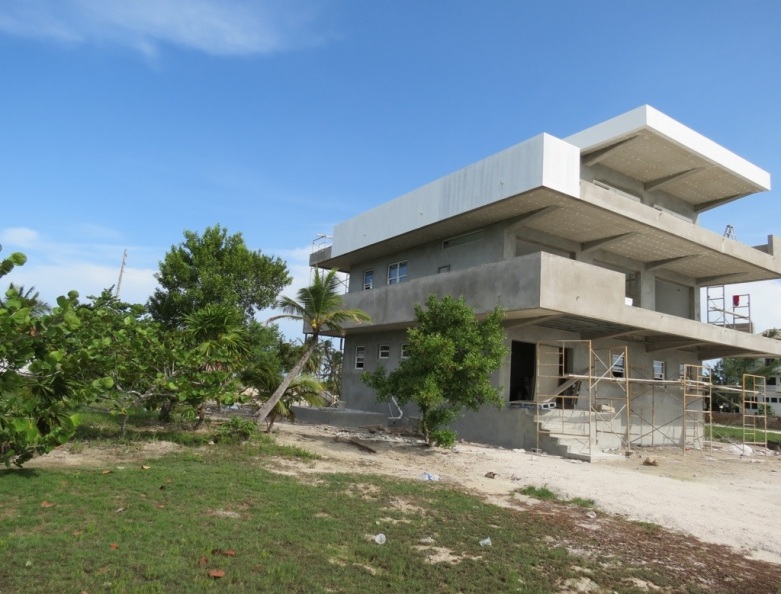 Application of the first coat of masonry sealant for the Second Floor’s northern wall nearly completed.

The headline for today’s edition is based on the 1976 single by Johnny Cash which reached number one in the US Hot Country Singles chart , number twenty-nine in the US Billboard Hot 100 and number thirty-two in the UK Singles Chart.