After the last few days of rainy and thundery weather yesterday was a wonderful change. Bright and sunny with a lovely breeze but hot nonetheless.

I spent a little time sending emails to inform various organisations (banks, pension administrators, credit companies) in the UK of our change of address. I know that it will be a little while before we move to our build in Ambergris Caye, Belize but the PO Box that we are renting is operational now and mail can take around six weeks to get here from the UK.

It was too glorious a day though to be cooped up indoors so after a light lunch I grabbed my book (still haven’t managed to finish it yet) and headed down to the beach in front of the condo that we are renting for some ‘quality time’ (basically not doing too much!).

I read for around ninety minutes (OK I might have had a little snooze too) and got back to the condo shortly after 2.30 pm so that Rose and I could head off to visit our build in Ambergris Caye, Belize.

We got there shortly after 3 pm and heard a sound that we hadn’t heard for a while. A concrete mixer. It’s a sound for us that is now synonymous with something significant happening for our build and this time was no different. The guys were pouring the top for our well (the water from this will be used for flushing our toilets and watering the plants). 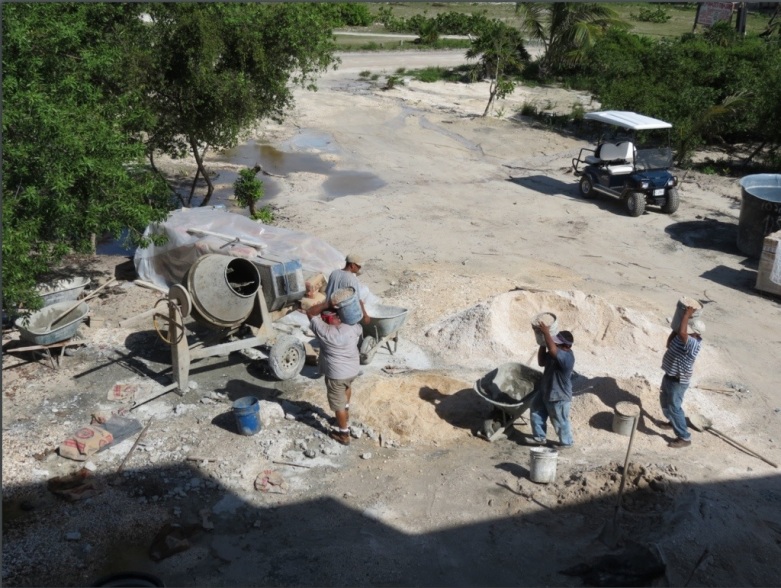 Buckets at the ready for the concrete. 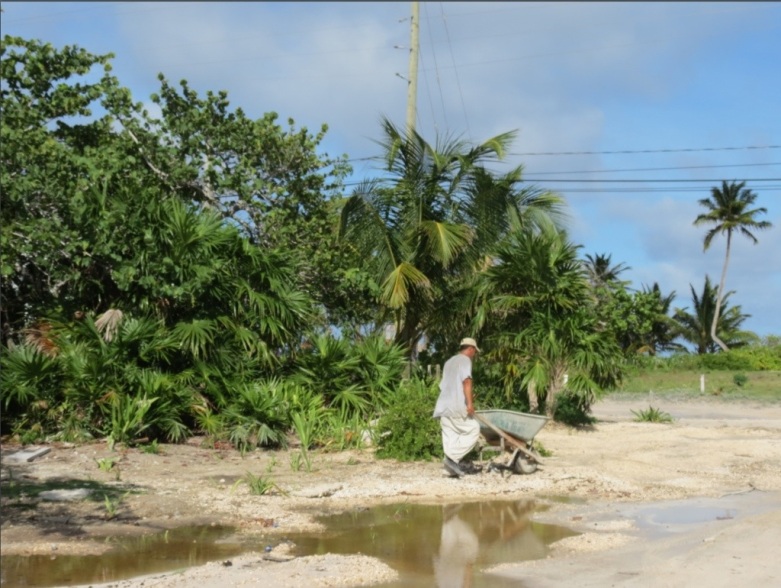 Angel with concrete in the wheelbarrow heading towards the well (situated in the north-east corner of our lot).

Porfelio with the feather edge levelling off the concrete.

Leaving the guys to finish off the pour Rose and I headed towards the house but on the way stopped to admire the work of Rafael (aka The Frog) and Alfredo who were applying masonry sealant to the eastern wall of the Second Floor. 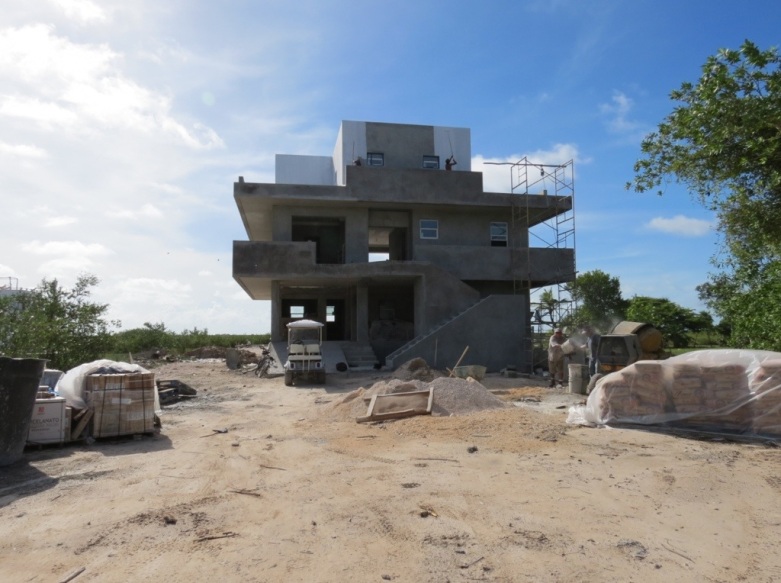 Alfredo on the left and Rafael (aka The Frog) on the right.

Close up of the guys in action.

After the quiet day of a few days ago we were very pleased with what we had seen so far so hurried to the house (exciting, isn’t it!) where we found Alfonso fitting ceiling boards in the smaller of the bedrooms of the self-contained apartment on the Ground Floor.

Alfonso at the end of the hallway that connects the two bedrooms.

It seemed like there was action everywhere. Could it get any better? It did when Alfonso told us that floor tiles were being laid on the Second Floor. So we went straight there. Well I did but unfortunately the scaffolding was placed in such a way that it was too dangerous for Rose ( I can virtually hear your sighs of disappointment for her).

Once up there I could see that they had made a good start on our bedroom. 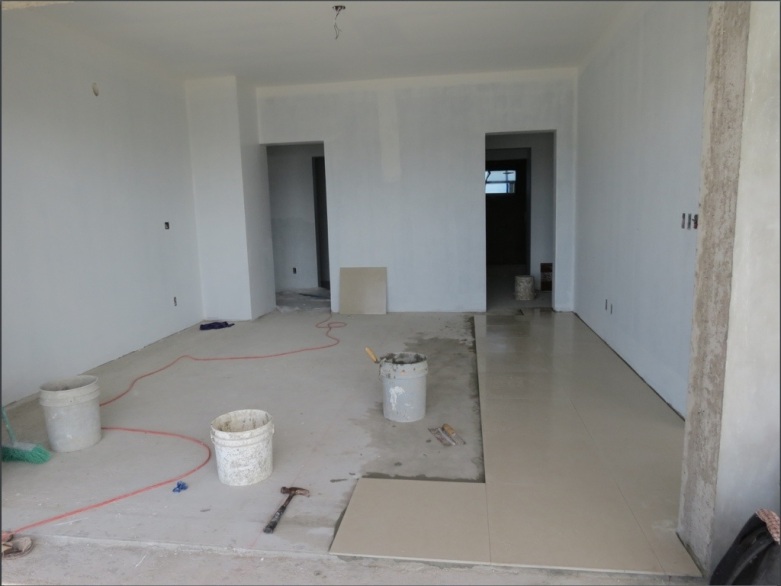 Getting the adhesive for the next tile. 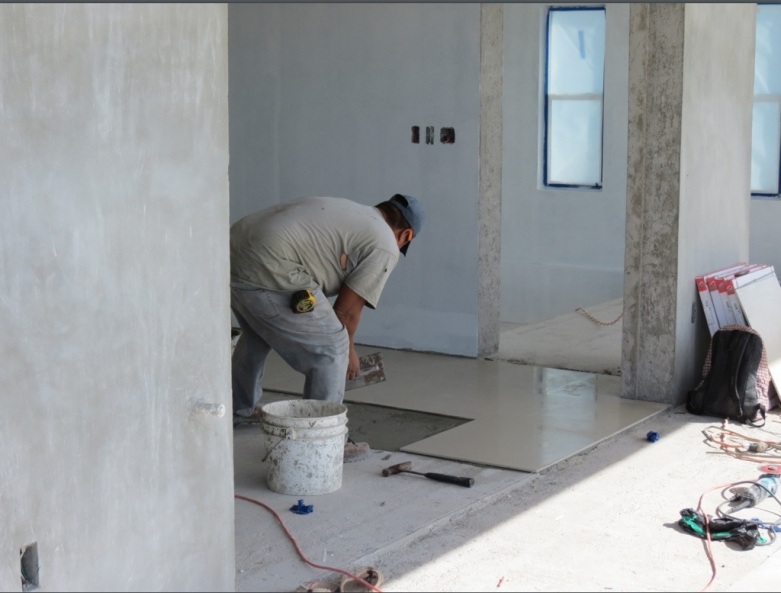 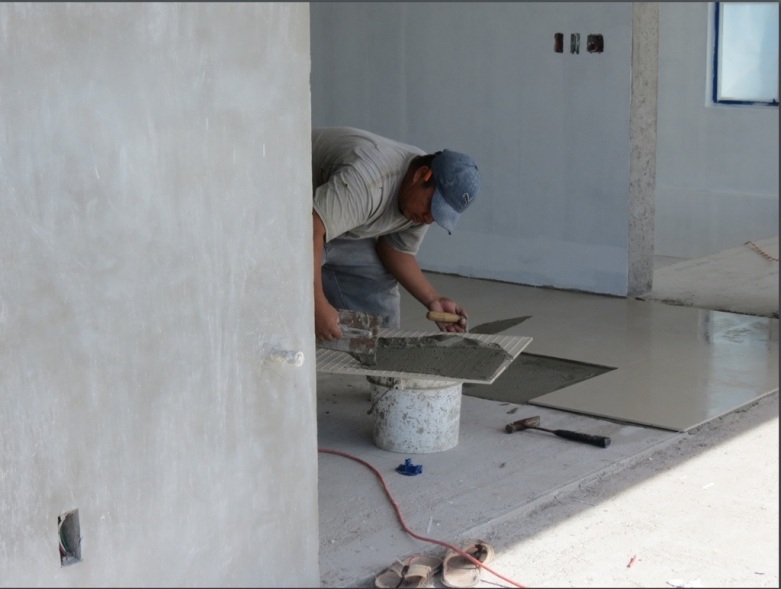 And now some for the tile.

I was momentarily distracted when I looked across and saw a very dejected Rose. Her face said it all “If only I could”.

Her forlorn look very quickly disappeared when we saw the tile being laid.

Feeling very happy with what we had seen we decided to set off for home but not before we saw that Rafael (aka The Frog) and Alfredo had virtually finished applying the masonry sealant to the wall.

Rafael (aka The Frog) cutting in around the window and Alfredo starting on the northern wall.

We also took a quick look to see how work on the well was going. 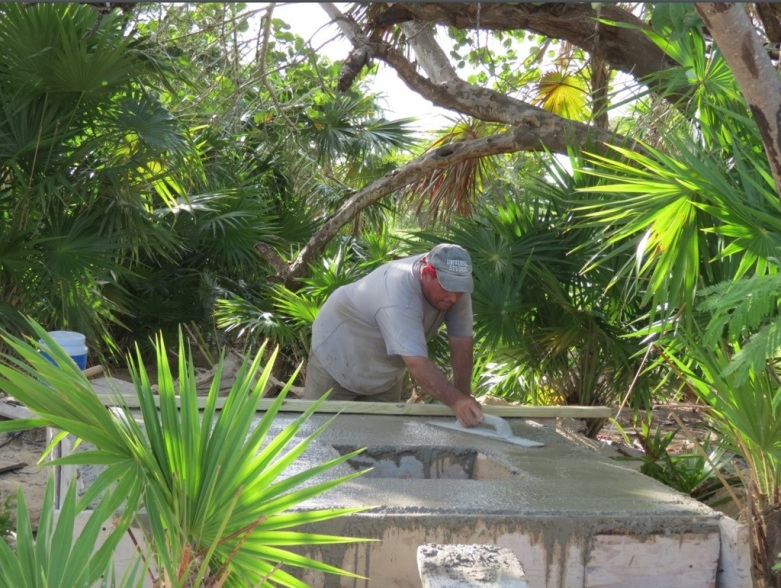 And it was time for the float.

The headline for today’s edition is based on the 1989 single released by Sydney Youngblood which reached number three on the UK Singles Chart.