Following our mini-trip to Chetumal Rose and I enjoyed a really lazy day on Sunday. I think the excesses of the Lobsterfest Block Party caught up with me!

We were both back to normal (this is not an invitation to readers from the UK to question my normality) by yesterday though and especially after I had taken breakfast (awfully English expression isn’t it) at Estel’s.

When I got back to the condo we are renting until our build in Ambergris Caye, Belize has been completed I got hold of my book ( The Covenant by James A Michener (yes it is taking a long time to read but it does run to 1,238 pages)) and went to the beach, chose a lounger and enjoyed the book, the climate and, I suppose, the overall ambience.

Looking at the position of the sun (since moving here I have stopped wearing a watch) I realised that it was about time ( OK my stomach sent me a message too) to pack up the reading and go for lunch. So I did. And a loverly chicken soup it was too!

Rested and fed it was time to visit our build in Ambergris Caye, Belize and we got there around 3.15 pm, just as the guys had finished their afternoon break. So it was straight up the stairs to the First Floor for us where we found one of the guys (another new one to us) applying the final coat of cement to the ceiling beams near the living room area.

Just outside on the northern veranda Martin was applying the finishing coat of cement around the clerestory window.

With not much else going on we decided to access the Second Floor via the scaffolding (the sensible route to the top floor until out wooden staircase is installed) but climbed carefully because above us we could see Rafael (aka The Frog) working from a duck board.

Rafael (aka The Frog) applying joint compound/sealant to the ceiling above where the staircase will be.

Outside on the veranda Rolando was busy at work marking where the down lights will be fitted. 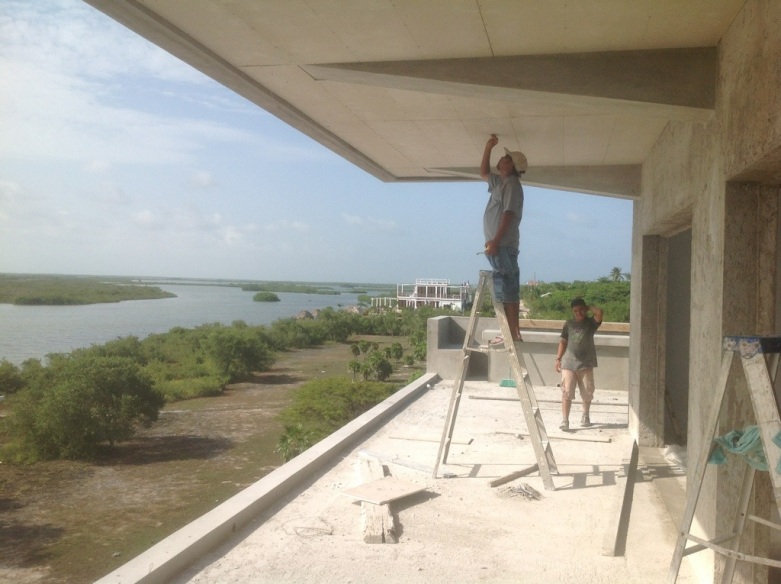 Just hope that the view of the lagoon didn’t distract him!

He had already marked where the lights will be fitted in the Master Bedroom.

Lines for the lights ‘struck’ on the ceiling. Wiring for fan with light already in place.

Close-up of the lines that Rolando had ‘struck’.These lights will be placed accurately!

Holes cut for the lights either side of where the headboard for the bed will go.

Outside on the northern side of the roof terrace we found young Miguel and another guy (another new one) making good some rough spots on the wall.

Just around the corner Eric was finishing off the low wall ( French navy railings will be fitted to stop Rose and I walking off the terrace). 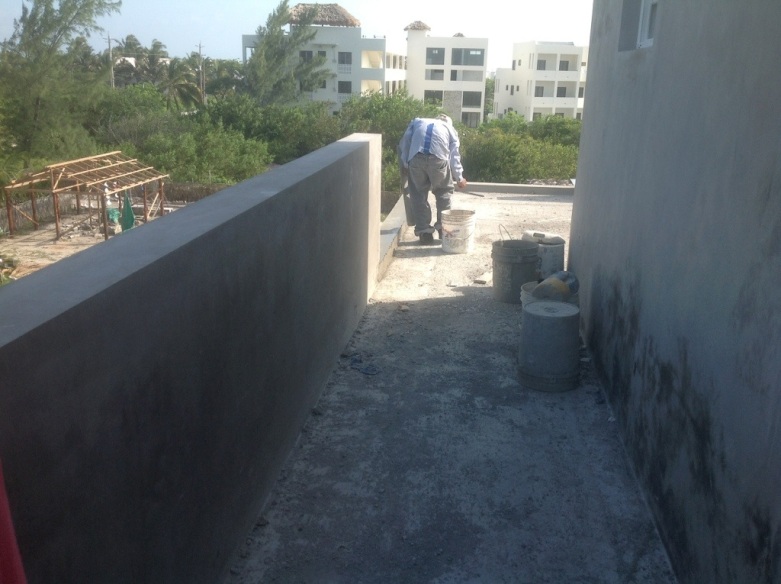 Since the guys have had a good level of protection from the elements we have noticed that there is an MP3 player (or something similar) playing on every floor. Music everywhere. We like it by the way.

On the way down from the Second Floor we got the opportunity of seeing how the concrete table looks after having the finishing coat of cement applied for the base. 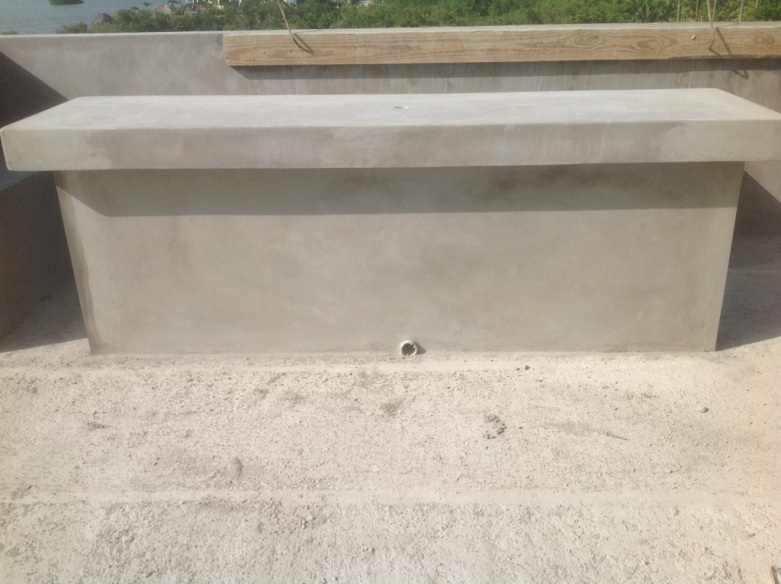 Back down on the First Floor Martin and Nicholas were finishing off the windows on the northern side of the house and, as always, Nicholas was singing along to the music. He is the king of rock and roll on our build in Ambergris Caye, Belize!

As we were leaving the house we popped in to the ‘master bedroom’ on the Ground Floor in the self-contained apartment to find Angel applying the finishing coat of cement around the clerestory window.

Angel trying (not very successfully) to appear as if he is not posing for the photograph.

And just outside were Josê and Alfonso fitting the plycem boards for the ceiling under the First Floor southern veranda. 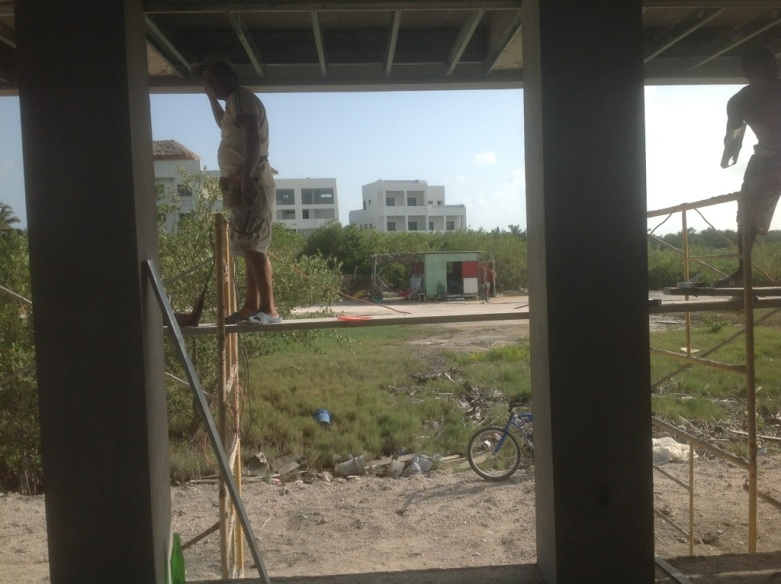 The headline is based on the single released in 1988 by Prefab Sprout which reached number seven in the UK Singles Chart.