Keen to get the stuff we have had in storage in the UK since we departed for Ambergris Caye over a year ago (some of it being in storage for far longer than that as we gradually cleared our previous home of possessions) I ‘fired’ off an email to Ismael Gomez the broker we are using in Belize City to ‘smooth the way in’ for our consignment.

He has submitted details of our load to “BTB” (Belize Tourism Board) and we just now need permission to import the stuff without having import duty applied (this being one of the benefits of gaining admittance in to the Qualified Retirement Program (“QRP”).

When we get the O.K. I can contact Excess International Movers in the UK to put our stuff on a boat but it is looking increasingly unlikely that it will arrive (the journey will take between seven to ten weeks) by the time that our build in Ambergris Caye, Belize is completed. Oh well. Best laid plans and all that!

Rose and I spent time in the morning finalising the layout for shelving, drawers and hanging rails for our respective walk-in closets and then Rose laid them out more clearly, and with the exact dimensions that we want, on her computer. We now just need to review one more time to be certain that they will give each of us what we want. Then they will be ready to be handed over to Daniel Camal the building contractor for our build in Ambergris Caye, Belize.

Around 2.30 pm we set of for our daily visit to our build in Ambergris Caye, Belize and on arrival we could hear noise coming from the back of the house. A walk quick walk through the Ground Floor self-contained apartment and we saw what was causing it. Nicholas and Eduardo having a friendly kick-about during their afternoon break. 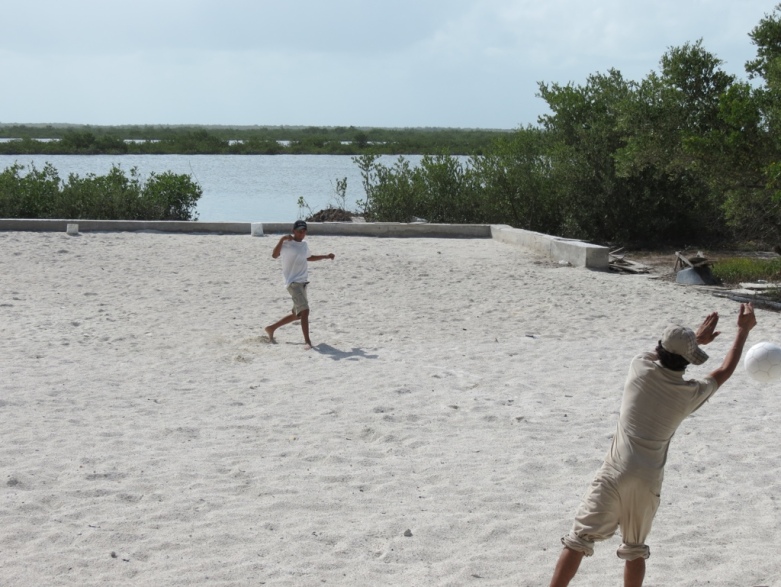 Eduardo making the save!

The guys finished playing shortly after we arrived and so Rose and I wandered up to the First Floor where the football theme continued. 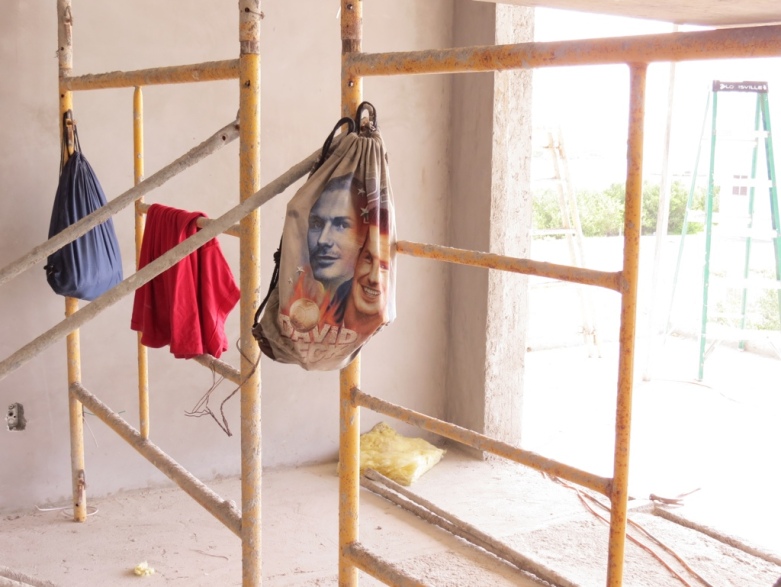 We had a superstar in our house. David Beckham was hanging from our scaffold!

With the headline for today’s edition sorted out (see immediately above) I can now focus on the serious stuff. The build of our house.

Well, in the kitchen area on the First Floor the guys had found another area of the floor where the concrete hadn’t cured properly so they removed the offending patch and when we got there the first replacement course had been laid. 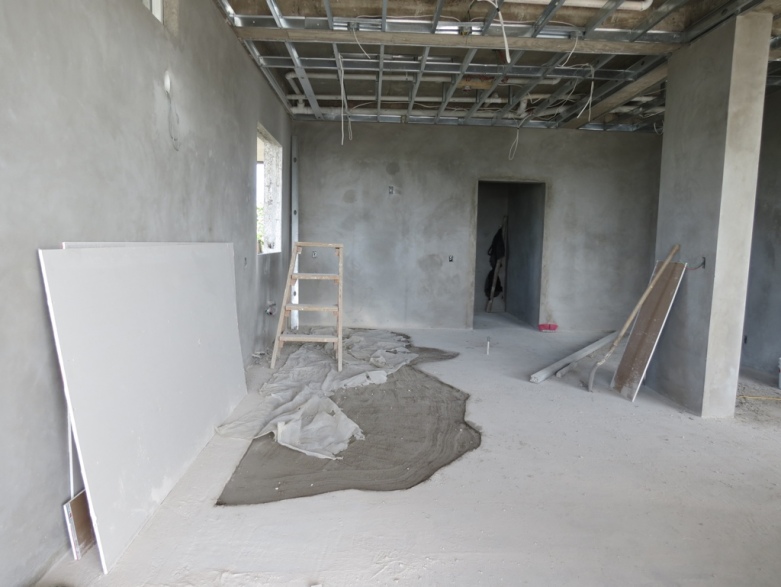 Looks a bit like a patchwork quilt but the tiles will cover it.

We were really pleased to see that following the remedial work that Nicholas, Angel and Porfelio had carried out yesterday that they had commenced installing the windows. 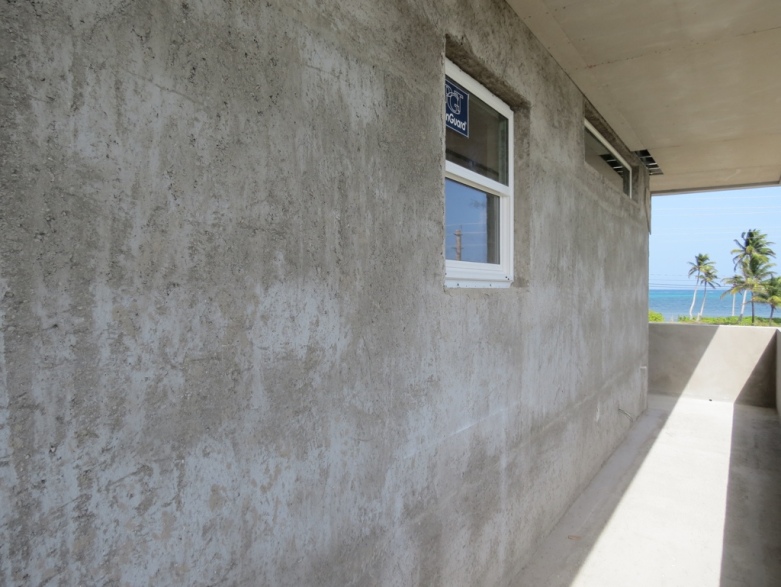 Bathroom (for Rose’s handicraft room) on the southern side of the First Floor. 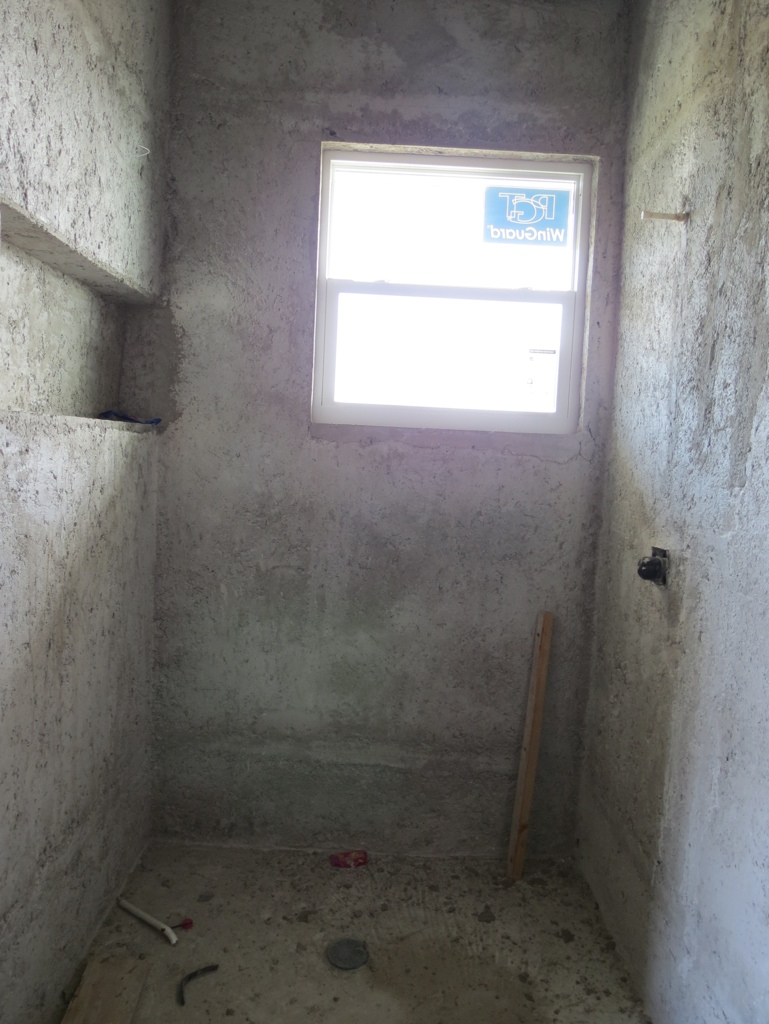 Window from inside the bathroom. 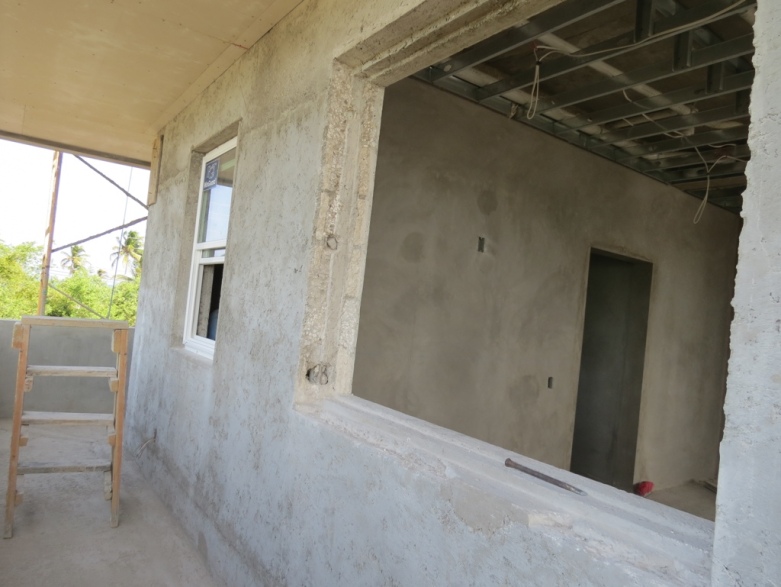 Up to the Second Floor where the finishing touches were being applied in preparation for the sliding windows. 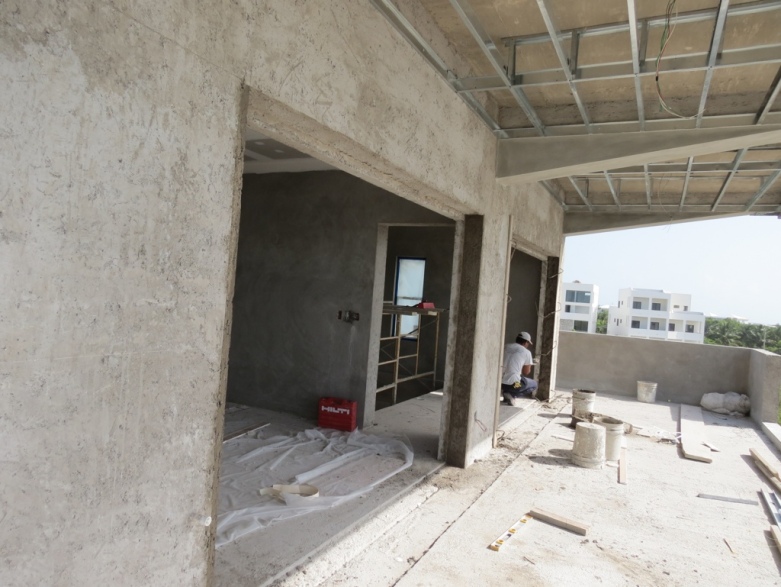 Outside on the veranda we could see that Martin and Eduardo had finished applying the first coat of cement around the windows. 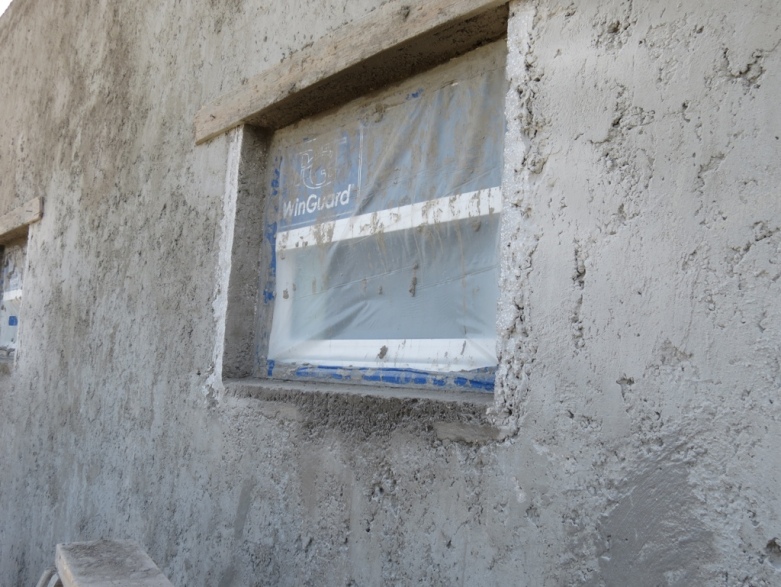 Down below on the Ground Floor Nicholas was preparing the apertures for the windows. 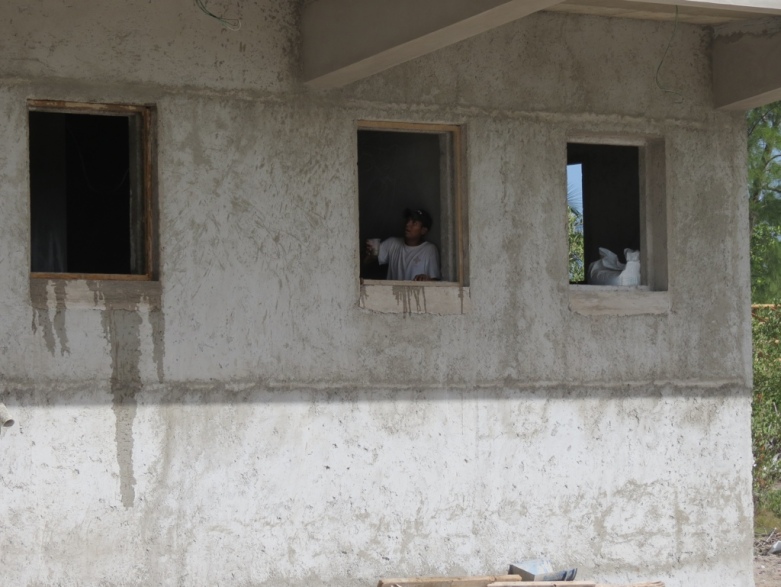 Nicholas working on one of the windows in the living room area of the self-contained apartment.

Above him Alfonso and José were fitting Sheetrock for the ceiling of the First Floor veranda. 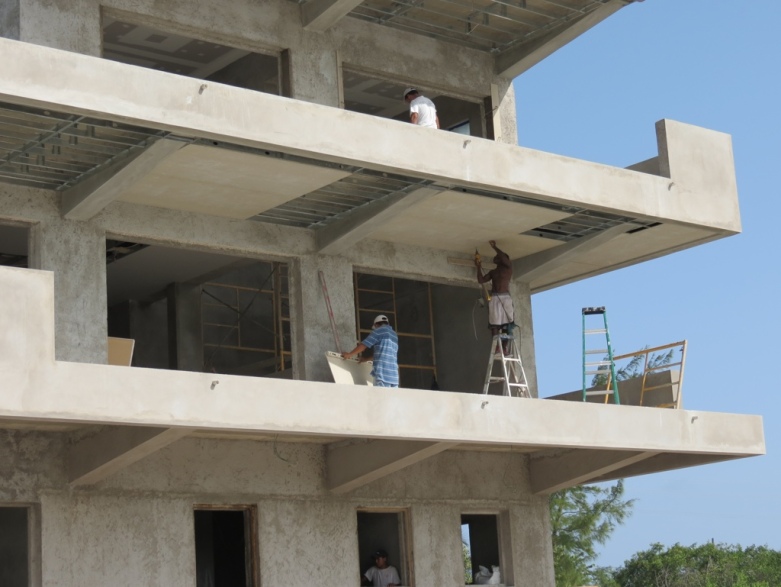 Alfonso fixing a board whilst José prepares the next one.

The headline is based on the 1971 single by The Carpenters which reached number two in the US Billboard Hot 100 and number eighteen in the UK Singles Chart.