Had a very lazy day yesterday. An early start on the veranda where I knocked out an email to Benny’s detailing the electrical appliances that Rose and I want for our build in Ambergris Caye, Belize. We now await the response that will detail the price for each of them so that I can carry out a cost comparison versus purchasing them in the States and having them shipped here.

With that done I moved indoors for a sports fest. This started with the Aston Villa v Chelsea match. Swiftly followed by the Huddersfield Giants versus Leeds Rhinos Rugby League Challenge Cup match which led me nicely to the FA Cup Final between Manchester City against Wigan Athletic which I was thoroughly pleased to see Wigan deservedly win.

After lunch I spent some time looking at granite colours on line via a neat web site that lets you see how various granites with different wood finishes look.

Before we knew it the time had nearly reached 4 pm and we decided it was time to go visit our build in Ambergris Caye, Belize so we got in the golf cart and headed north to Tres Cocos.

When we got to the site all of the guys had left because on Saturday they finish at 4 pm so we had the freedom of walking around the house without worrying if we are getting in the way of someone. We really enjoying seeing the guys at work on our house but it is nice to go there when there’s no one around.

The first thing we noticed was that they had started to lay the concrete blocks under the first flight of the entrance stairs. This is something that is ‘out of plan’ that we asked Daniel Camal, our building contractor, to do really for aesthetics. 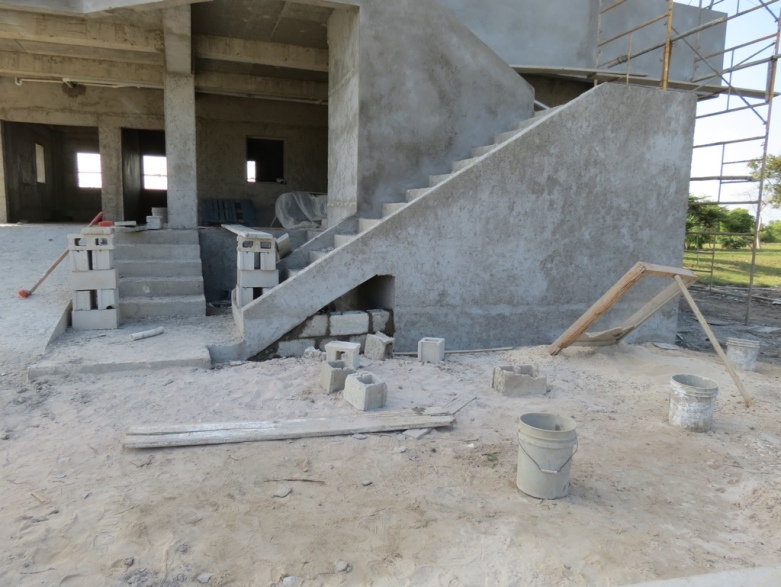 We went straight in to the self-contained apartment on the Ground Floor and saw that Eduardo had completed the living/kitchen area with a final coat of cement for the remaining wall. 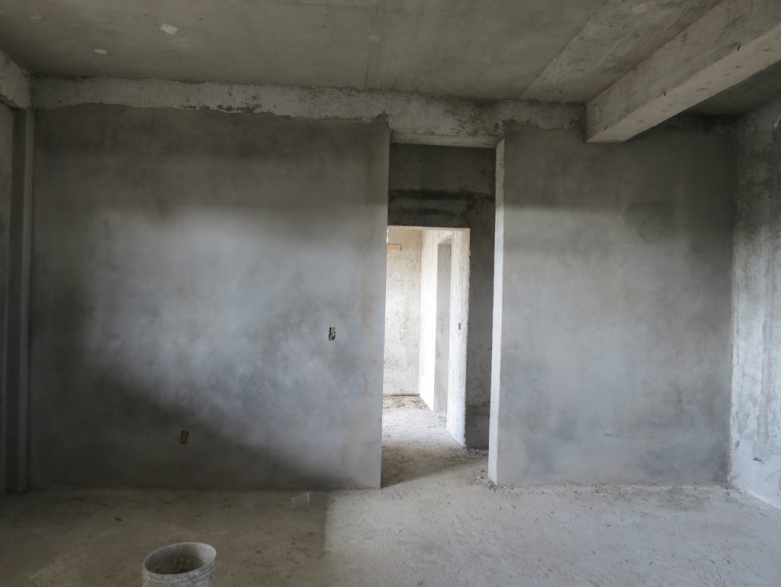 Wall that leads in to the two en-suite bedrooms.

In the ‘master bedroom’ Jose had done what was required to make the aperture for the clerestory window fit for purpose.

In to the smaller of the two bedrooms which we were pleased to find had also had the final coat of cement applied. 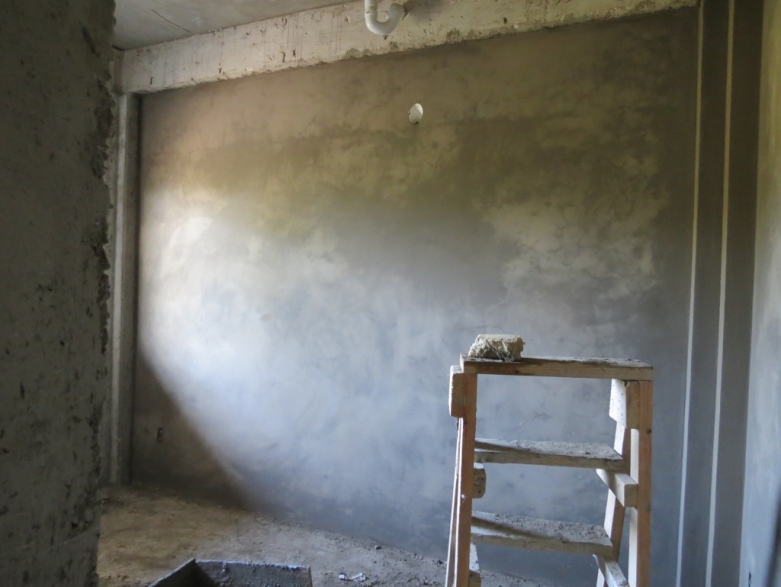 And they had started on the hallway between the two bedrooms. 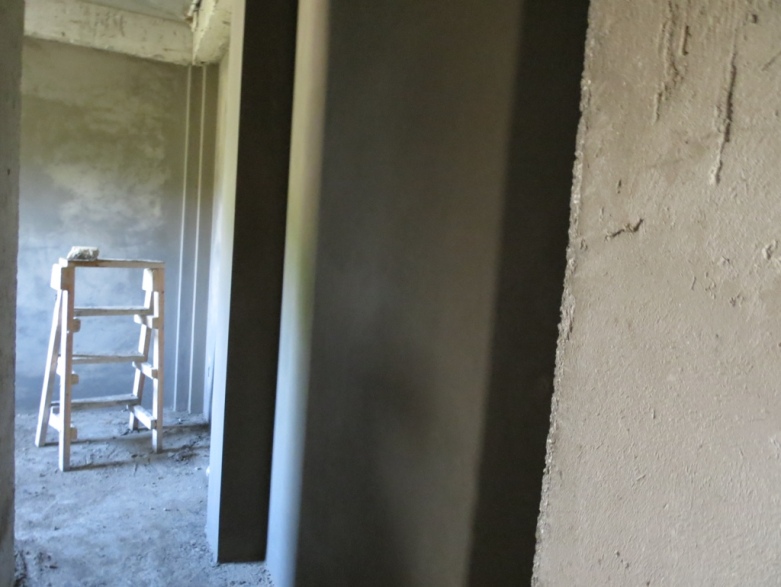 Once up on the First Floor we went straight to the bedroom (Rose’s handicraft room) to find that all walls had had the final cement coat. 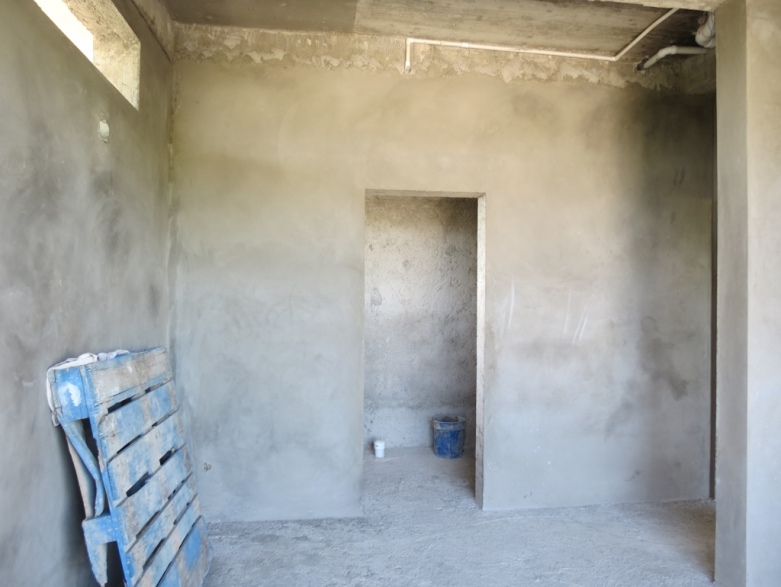 Wall leading to the bathroom. 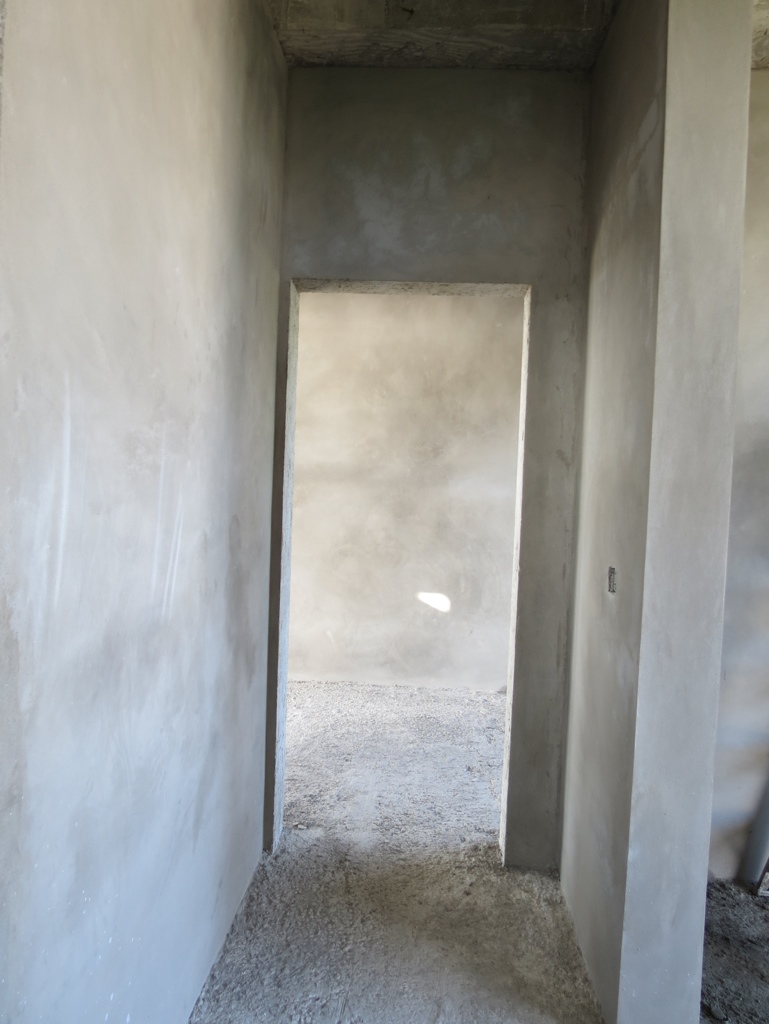 Entrance/exit to the bedroom.

They now just need to ‘plaster’ the en-suite bathroom.

Across the hallway Edson had applied the final coat for the Powder Room.

And all walls in the Utility Room were complete.

When we got in to the living area we saw that they had moved the pipe for the air conditioning because the previous placement would have placed the unit under the stairs.

What really both amused and pleased us though was that before they had left for the weekend they had secured the scaffolding so that Rose could access the Second Floor more easily and confidently. 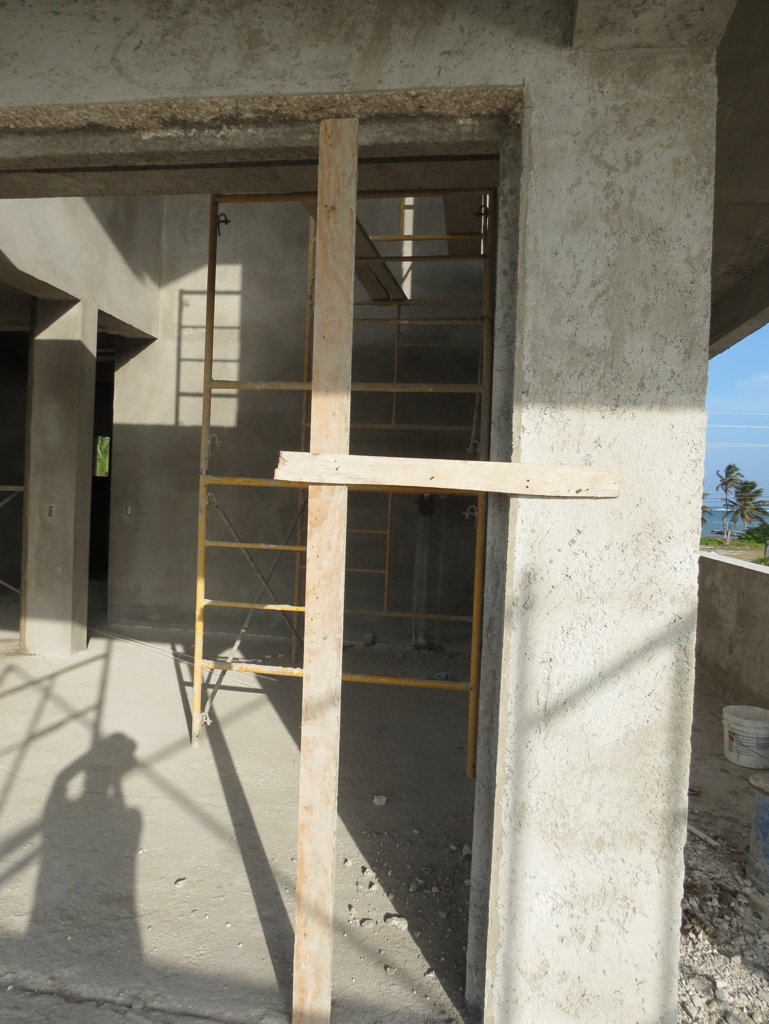 Once up on the Second Floor we could see that nothing had changed but it did give us the opportunity of trying out our new seating area. 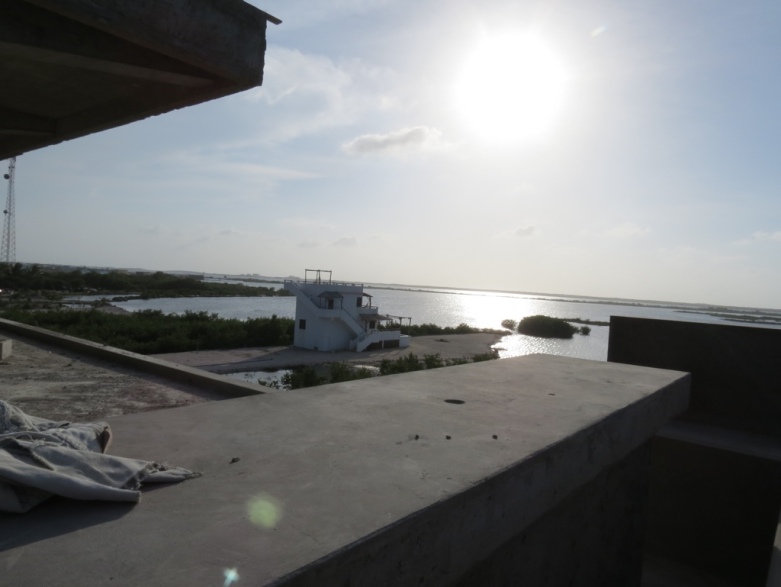 Not a bad view!

On the way home we heard music as we were approaching Carlo & Ernie’s Runway Bar & Grill so we popped in for a couple and were entertained by The 3D Band. And very good they were too. 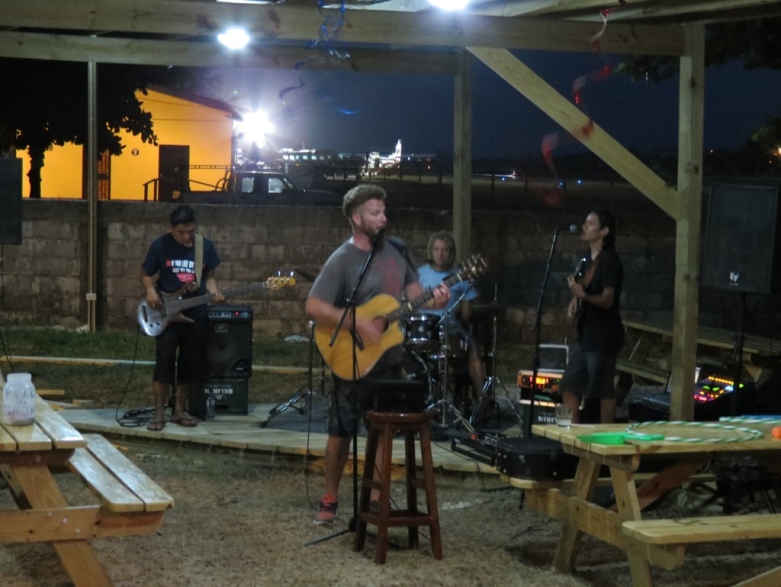 The 3D Band in full swing.

The headline is based on track eleven of “Sevens” the album released in 1997 by Garth Brooks which reached number one in the US Billboard 200.