Over to Belize City yesterday morning to visit The Dental Center to see Doctor Hernandez – on his monthly visit from Guatamala City – for him to hopefully form an opinion as to why one of the implants he had installed did not work.

With a trip to the ‘big city’ I dispensed with the normal attire of shorts and put my jeans on. Funny but wearing jeans I just feel that I get bothered less by the pedlars and people looking for a handout. Must look less like a tourist!

Anyway, I took the 8.30 am Belize Express Water Taxi over which got me there in good enough time to pop in to Brodies for a spot of shopping (mostly toiletries) and then onto The Tile & Stone Center to pick up the samples that Rose wanted to have a closer look at before making the final choice for her bathroom.

The visit to meet Doctor Hernandez proved to be somewhat uneventful. He explained the things that could have caused the problem. Explained that he wants to leave it a few months to see how the bone in my jaw reacts and sent me to the Belize Diagnostic Centre for a panoramic X-ray (at a cost of BZ$ 160) after which I caught the 1.30 pm Caye Caulker Water Taxi back to Ambergris Caye where Rose was waiting for me so we could run ‘home’ to drop off the stuff I had bought.

It didn’t take long to put my purchases away and we were ready to ‘hit the road’ and go visit our build in Ambergris Caye, Belize and we got there around 3.45 pm.

On arrival we saw straight away that Angel and Edson , with young Miguel supplying the material, were applying the finishing coat of cement to the exterior of the Second Floor veranda wall.

Angel on the right and Edson on the left with Miguel at the water butt.

A walk in to the Ground Floor self-contained apartment where we saw that the pipe work for the drain in the shower had been installed for the en-suite of the smaller of the two bedrooms.

Starting to look a bit more like a bathroom now. Still a long way to go but…

Up to the First Floor and straight in to the en-suite to the only bedroom (Rose’s handicraft room) on this floor to find that they had started work on the shower base (tray).

And the recessed shelf too.

When we got to the dining/living room area we saw that the scaffolding to the Second Floor had been removed (they were using it at the front of the house) so no access for us today! What it did provide though was a clear open space allowing us to start consider where we will place various items. 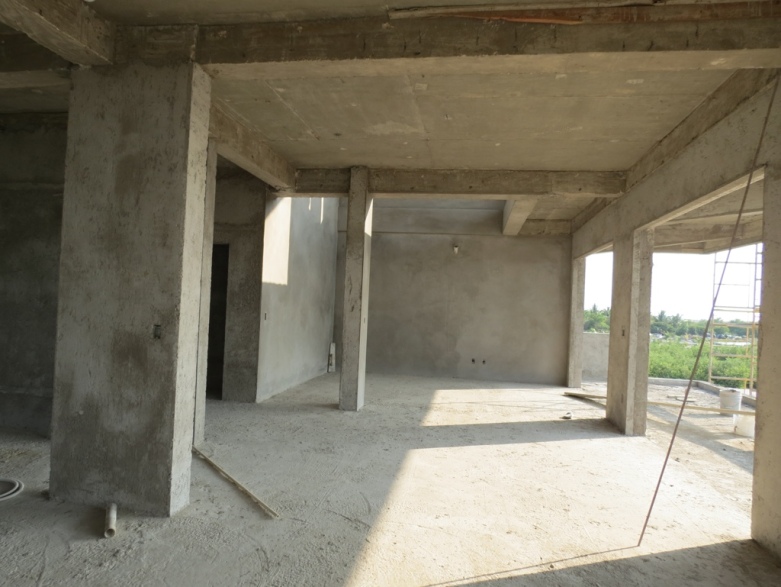 From north to south (dining area to living room area).

We also got a view of the light that will come in to the living room area in the late afternoon from the three clerestory windows on the Second Floor.

With our tour of the inside of the house complete we went outside to find Jose working on the window for the bathroom of the ‘master bedroom’ on the Ground Floor.

Only the clerestory window (‘master bedroom’ on the Ground Floor) and the two windows in the Pump Room to go now!

Around the back of the house (western/lagoon side) Nicholas and Sam were applying the finishing coat of cement to the veranda wall of the Second Floor. 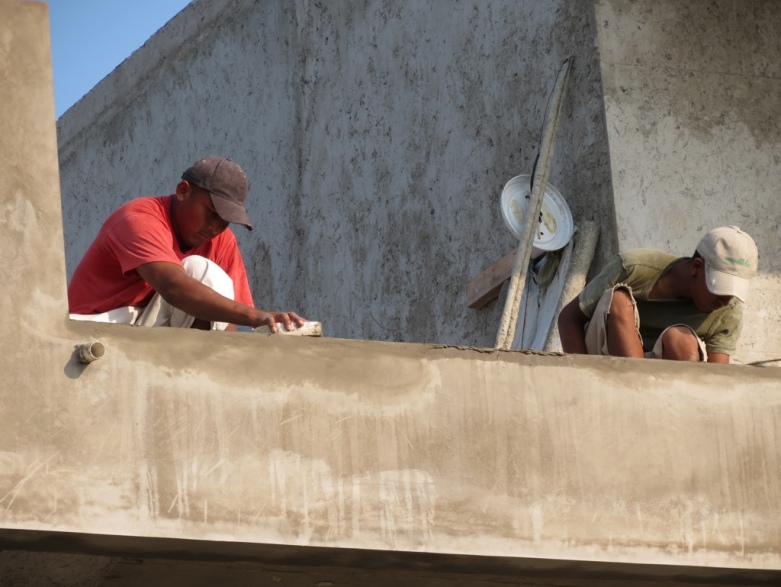 Sam on the left, Nicholas on the right.

Whilst below them Edson was busy at work dismantling the scaffolding. 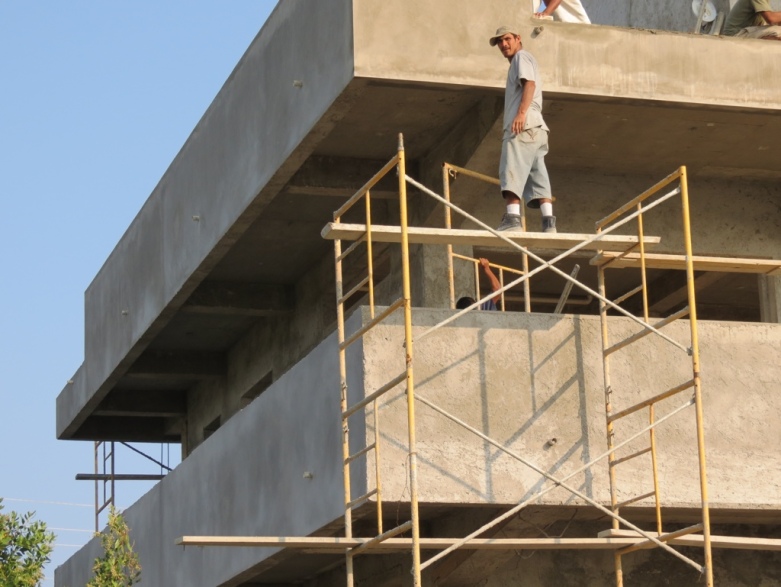 On the way home we popped in to Carlo & Ernie’s Runway Bar & Grill for a much deserved Belikin and were there to see the sun setting.

The headline is inspired (!!) by the 1976 single by (Lord) David Dundas which reached number three in the UK Singles Chart and number seventeen in the US Billboard Hot 100.