What I thought was going to be the high point of my morning yesterday turned out to be quite horrible . Watching Arsenal struggle against a ten man Fulham team. It was tortuous. Only two good things to say about it really. We won the game (and secured three points). And it eventually finished. Never thought I would so look forward to seeing an Arsenal game end because we were so inept.

For some welcome relief I resumed reading “Calico Joe” by John Grisham. A completely different style of writing for him but, nonetheless, very enjoyable. This restfully whiled away a few hours before it was time for Rose and I to head for our build in Ambergris Caye, Belize.

Because we were going on a Poker Run in the evening we got to the build around 1.30 pm and it was hot, really hot.

A walk around the Ground Floor self-contained apartment and we could see that further work had taken place to prepare the apertures for the windows that will be installed relatively soon. 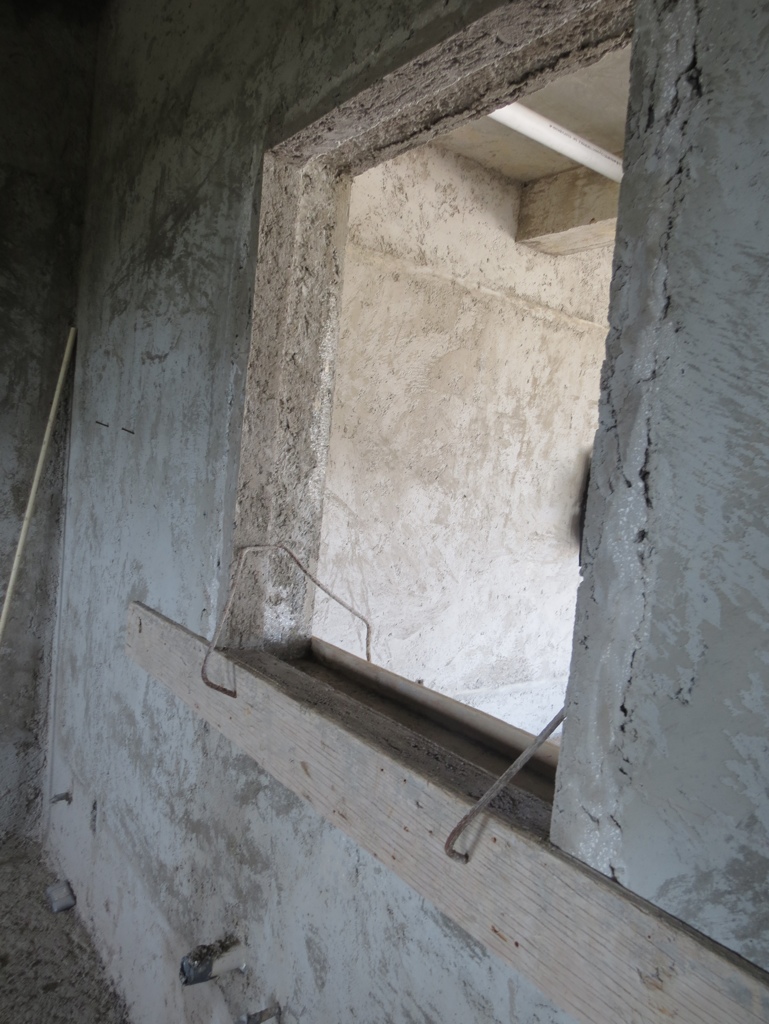 Window above where the sink will be.

Up on the First Floor Alfredo was clearing the rooms of rubbish and was busy using the brooms that are being ‘kept in service’ by some repair work!

For those difficult places to get to ? 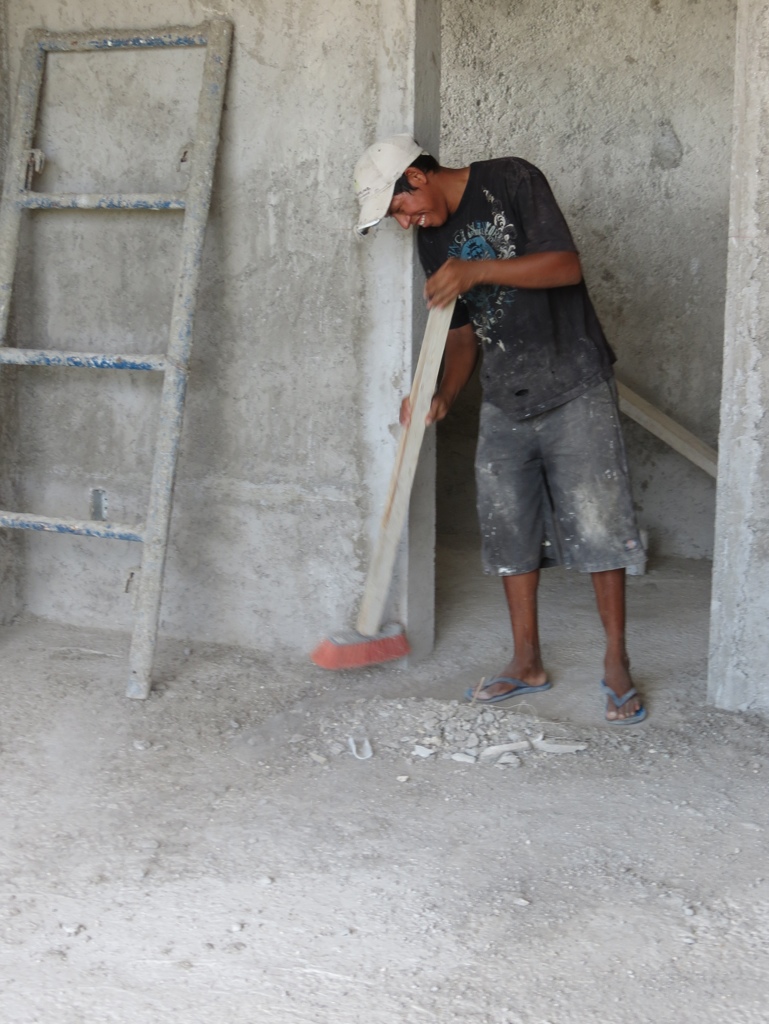 With the broom he has been using for years (“Only Fools And Horses” fans will understand this).

Looking up to the Second Floor I could see that I could gain access (haven’t managed to get up there since last Tuesday) so up the scaffold I went (the distance between the scaffold and the floor is still too large for Rose to attempt this).

Once up there I could see that the guys were working on the southern veranda wall.

Levelling the cement with a feather edge.

Whilst Nicholas was busy on the outside Martin and his ‘apprentice’ were fitting the form work for the coping for the veranda wall.

A walk around to the western (lagoon) side and I could see that they had applied two coats of cement on the Master Bedroom walls.

Walking in to see how Rose’s bathroom was progressing I could see that the guys are making good use of one side of the walk-in closet.

Think it might look a bit different when Rose gets her clothes in there!

In to the bathroom where I could see that cement had been applied there too. 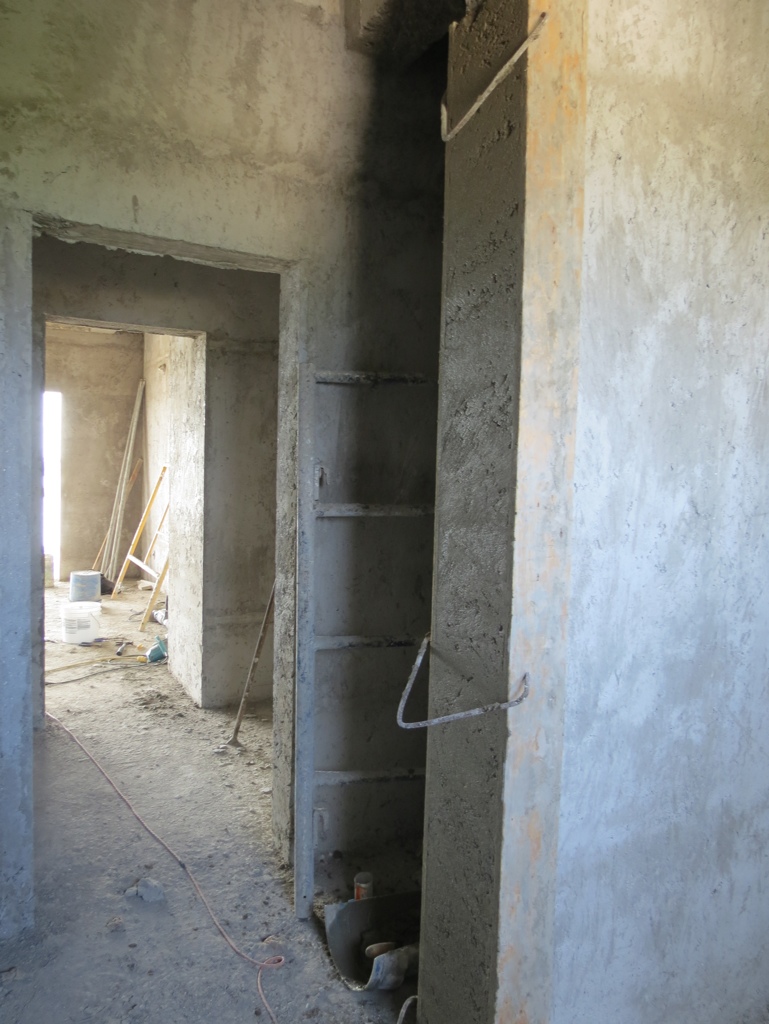 The wall between the toilet and the bath. 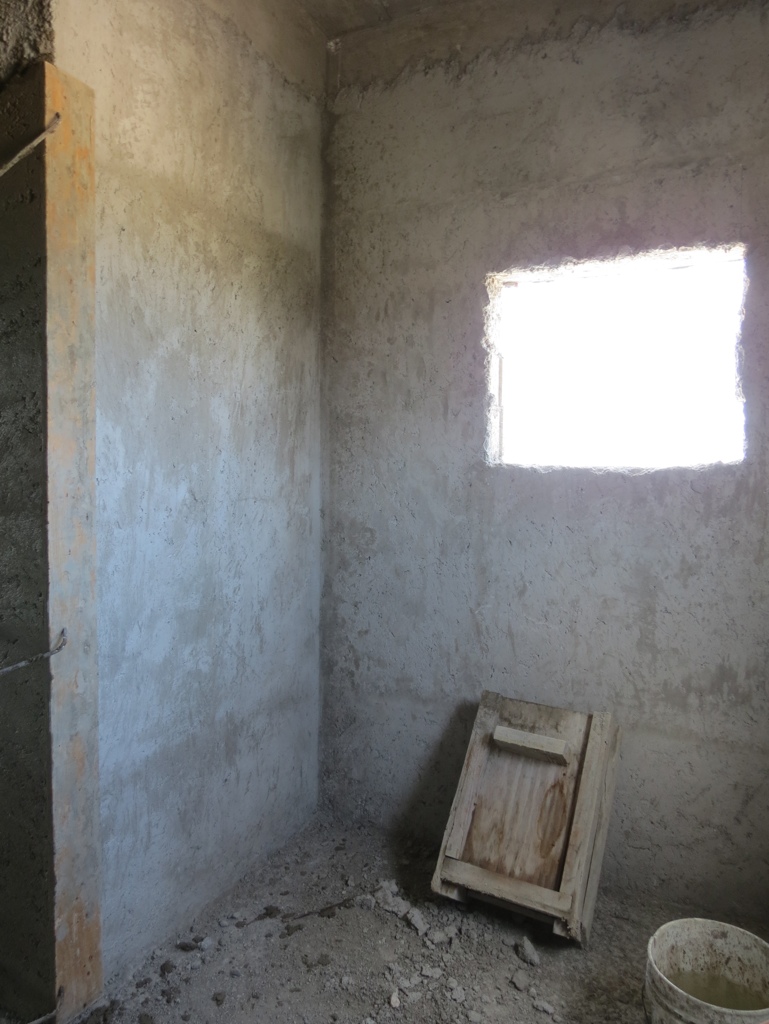 Where the bath will be positioned. 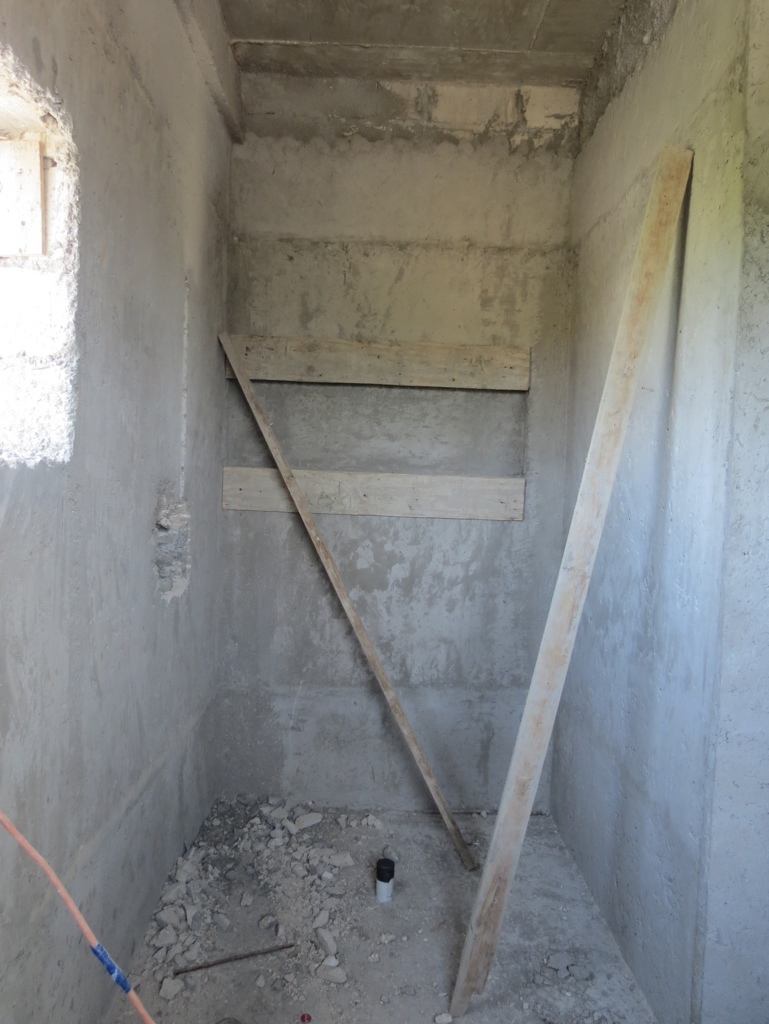 And the shower area.

I couldn’t gain access to my bathroom because the guys were busy at work in there so I climbed down the scaffold and returned to the Ground Floor to find that the guys were in the final stages of finishing the water tank.

Wall of the water tank.

Inside the water tank.

I mentioned earlier how hot it was yesterday but down in the water tank it was even hotter. Like a sauna. How the guys worked down there in that heat I will never know. They are heroes.

Me down in the water tank.

When we got home Rose and I thought it might be interesting to see how closely the house compares with the concept design that Strukture Architects Limited produced back in 2011.

Concept design for the rear (lagoon side) of the house.

The actual build incorporating the changes we made to the Ground Floor.

The headline is based on the song ( it was also the title track of the album) released in 1977 by David Bowie which reached number twenty-four in the UK Singles Chart.