No edition published yesterday because of trips to Belize City. So two days without an edition!

On Tuesday it was an all day visit (first appointment at 10 am, a 30 minute break for lunch and then back in the chair at 1.30 pm for a three house session) to the Dental Center. Five temporary crowns fitted and the elusive nerve removed from the root canal.

At the end of it my mouth felt how a pin cushion might feel but the treatment is nearly reaching its conclusion. If the laboratory can produce the crowns in time then next Wednesday could be my last visit.

Yesterday Rose and I caught the 8 am Caye Caulker Water Taxi for our shopping trip. The mission to choose the tiles -floors (interior and exterior) and walls- for our build in Ambergris Caye, Belize.

We arrived at 9.30 am and it was straight to in Albert Street so that we (well Rose really) could see what material they had for blinds ,curtains and curtain lining for our build in Ambergris Caye, Belize.. Now you know why the bedroom on the First Floor is going to be Rose’s handicraft room!

With that done we met Michael at 10.15 am (just outside Brodies) who I had pre-booked (if you know you will need a taxi for a few hours this is the best way to do it – you can negotiate an hourly rate) to run us around.

First stop was to look at the quality of mirrors at Fabro’s Glass Limited in Victoria Street and to find out if they can bevel the edges and drill the holes for fixing to the walls ( for our bathrooms they will be full wall mirrors over the vanity units). They can. And at prices that are not too bad and in a good timeframe.

A quick visit to the Brodies store across the road from Benny’s for some provisions and we were ready to head home. And for this we got Michael to take us to the Municipal Airport where we
caught the 2.30 pm Tropic Air flight to San Pedro.

Even though the departure was slightly late we were back in the condo by 3.15 and, after storing the stuff we had bought in Brodies, headed off to our build in Ambergris Caye, Belize (stopping off first at the San Pedro Town Council office first to renew our bridge pass, by 3.35 pm.

When we got there I must have had a stupid look on my face because Rose asked me what was wrong. Having not been there since Tuesday I was just taken aback. “Maybe I’m amazed’ I replied (OK so it’s a bit corny but I was struggling for a song to use in the headline!).

Irrespective of the tenuous link to the headline I truly was pleased with what I saw. They had started on the veranda walls at the front of the house and it just made it look a lot better.

Low veranda wall in front of where the double door entrance will be.

Above him was Oscar working on the Second Floor external veranda wall.

It was immediately obvious that there had been a fresh delivery of cement. Enough for applying the finishing coats for the internal and external floors, walls and ceilings.

The entrance stairs are now really starting to ‘look the part’. 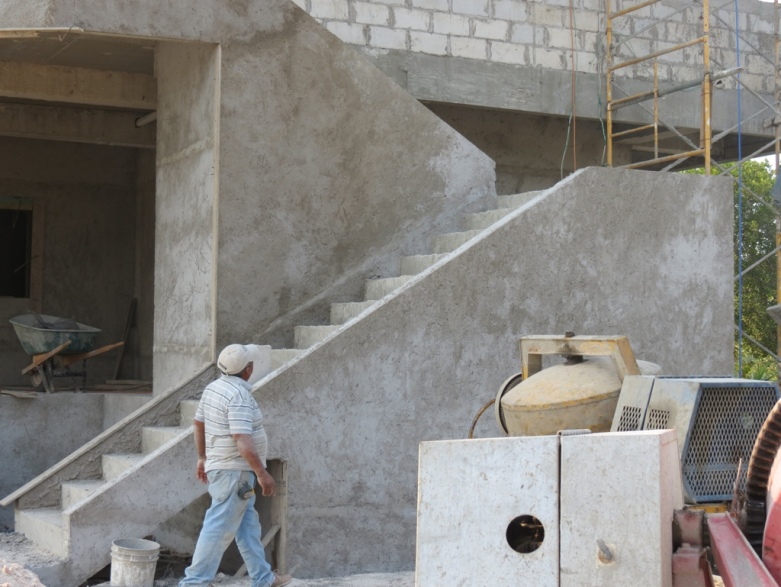 On the Ground Floor they had tidied up the hatch to the water tank.

The tank needs cleaning out and the hatch cover fitted and it is ready to start collecting rainwater. Look at the form used. 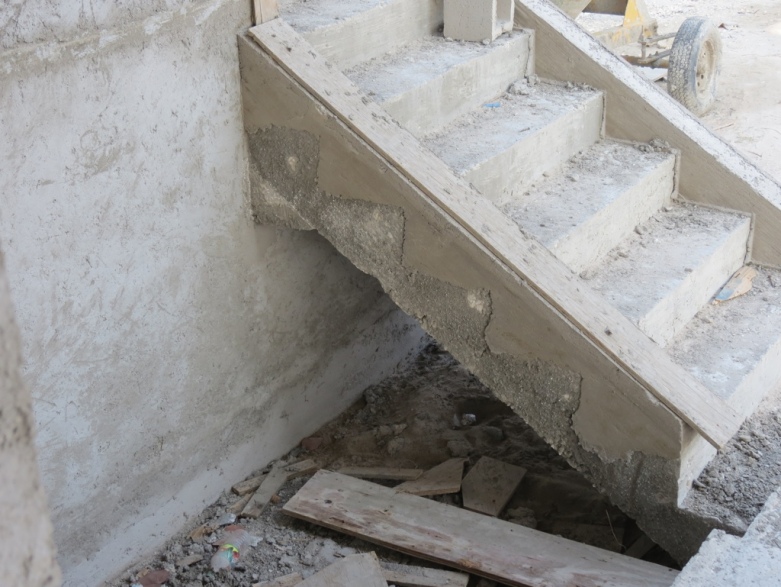 Previously used as a form for the stairs. Recycling at work again.

Forms had been fitted around doors and windows on the Ground Floor.

Door to the bathroom of the ‘master bedroom’.

One of the windows in the living/kitchen area.

On the First Floor Angel was working on one of the window apertures so that it is the right size. 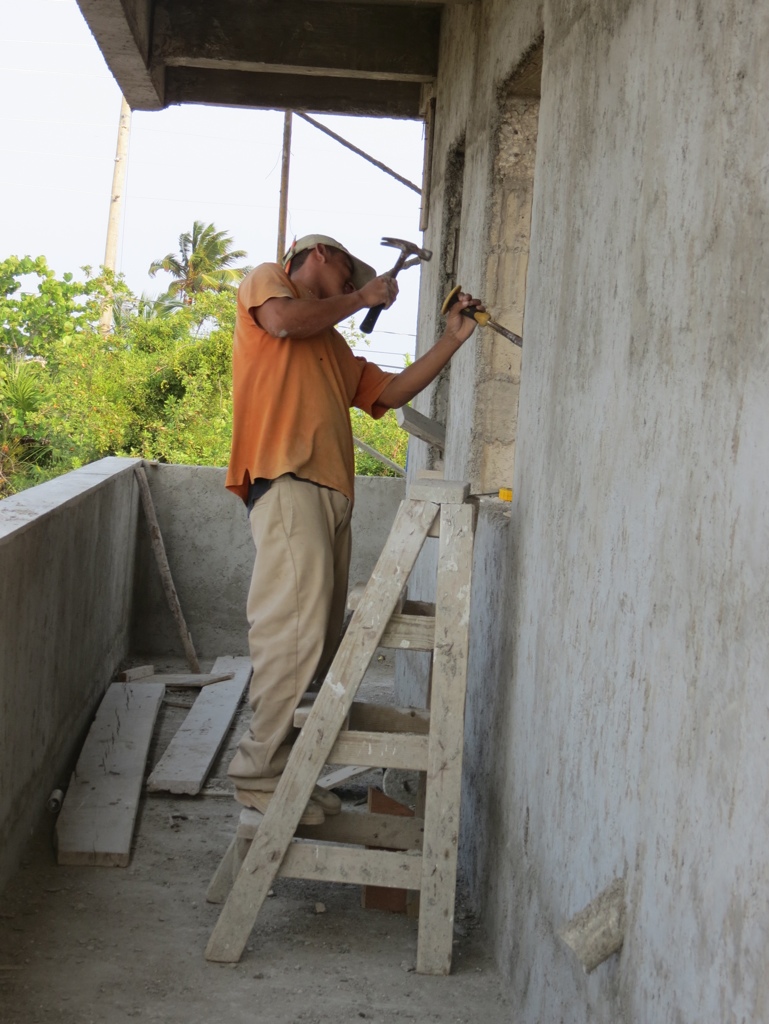 We couldn’t access the Second Floor because the scaffolding was not close enough to step safely on to the floor (the guys are accessing the Second Floor via the external scaffolding) so we took a walk around the outside of the house where we were really pleased to see that they had started to apply cement to the external walls of the verandas on the southern side of the house.

Looks so much better when the ‘blocks are covered. Even if it is only a thin coating.

On the northern side of the house the external veranda walls now only need the finishing coat. 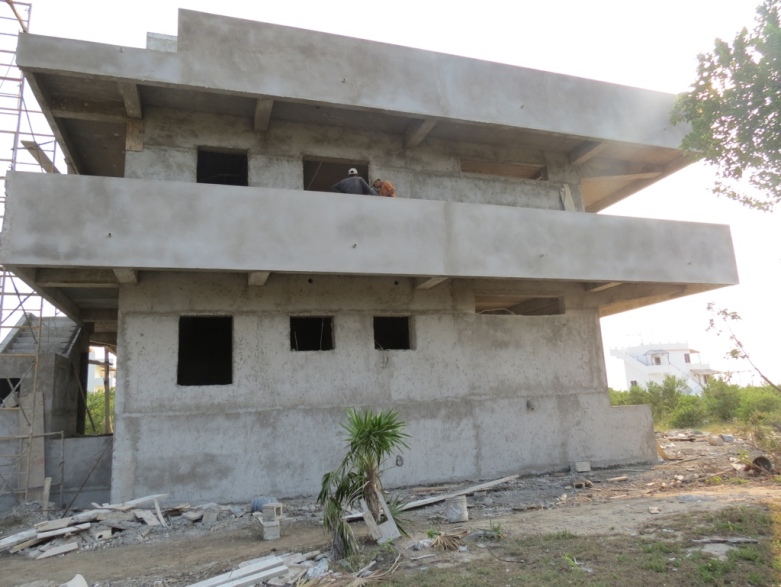 Around the back (lagoon side) of the house up on the Second Floor we could see Eric fitting forms for where the sliding doors to our bedroom will go.

And they had started the land filling down by the sea wall. 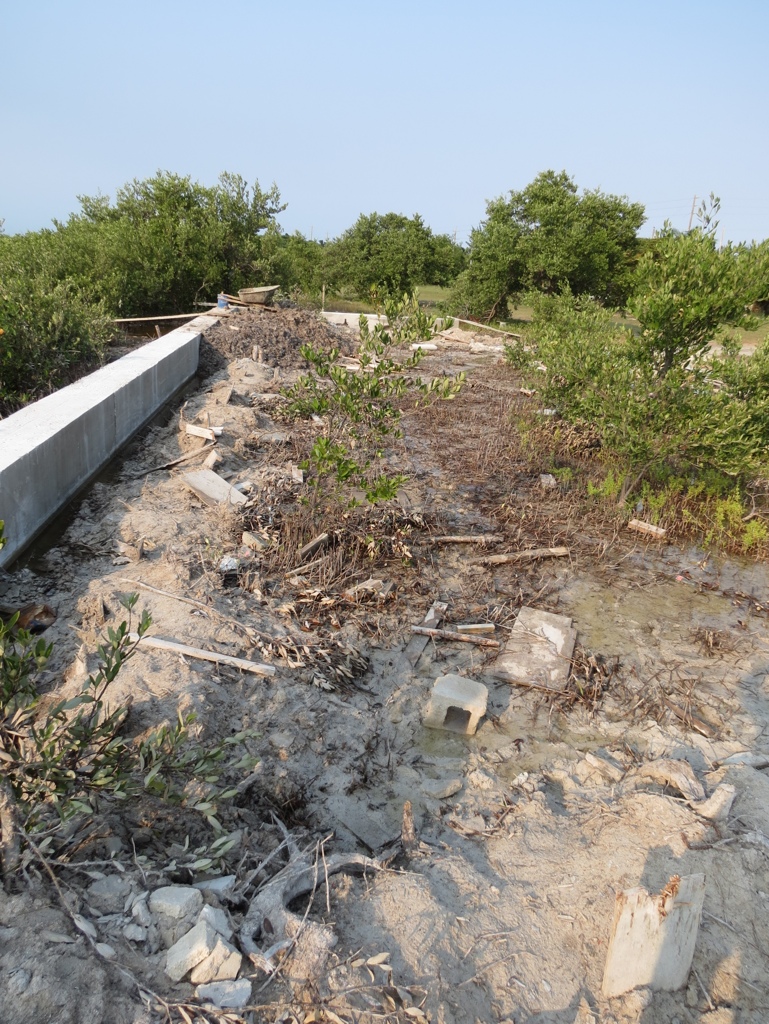 The headline is based on the song recorded in 1970 by Paul McCartney shortly after he left The Beatles. It was released in 1976 by his band Wings and reached number ten in the US Billboard Hot 100 and number twenty-eigin the UK Singles Chart.