Started the day by reading The Times on-line and was immediately mildly wound-up ( an English expression meaning “in a state of tension”) when I saw on the business pages that Sly Bailey, the former CEO of Trinity Mirror (the last newspaper publishing group I worked for in the UK) had received a pay-off of around £2.3 million for ‘loss of office’ (asked to leave).

Why should anyone be rewarded for failure – the share price declined by 87% during her tenure. I just find it obscene. Apologies. Rant over.

Really hopeful that my mood would improve and thought that lunch at Pedro’s Hotel while watching Arsenal versus Everton in good company would facilitate this. Well the company was, as usual, exceptionally good. And so was the food. Regrettably Arsenal never really got in to second gear and the best we could do was get a nil, nil draw. They have definitely had better days!

After lunch Rose and I went to Captain Sharks to make the final arrangements for the golf cart that we are ordering and were given the good news that it could be with us within as little as four weeks.

Feeling so much better Rose and I headed off to our build in Ambergris Caye, Belize and as we parked the golf cart noticed that another golf cart was just behind us and the couple got out of the cart and introduced themselves as Grace and Randy, two readers of this blog who intend to also build on Ambergris Caye.

With introductions out of the way Rose and I showed Grace and Randy around our soon to be home and did our best to answer their questions. They were keen to meet Daniel Camal, our building contractor, and fortunately he arrived at the site just as they were about to depart but in good enough time to make arrangements to meet them later in the evening.

After Grace and Randy had departed Rose and I made another tour of the build but this time rather than describing the layout and answering questions we looked to see what further work had been carried out. And, as always, were pleased with what we saw.

Much activity was taking place cleaning the place up.

Alfredo clearing rubbish at the front of the house.

Apollito ‘dumping’ the rubbish near the sea wall. Useful landfill.

Also in front of the house two of the younger guys were sifting the sand in readiness for the plaster mix.

Slow work but I am sure it will be ‘fine’ sand (excuse the pun).

On the northern side of the house we could see that the lower part of the First Floor veranda had been cemented. 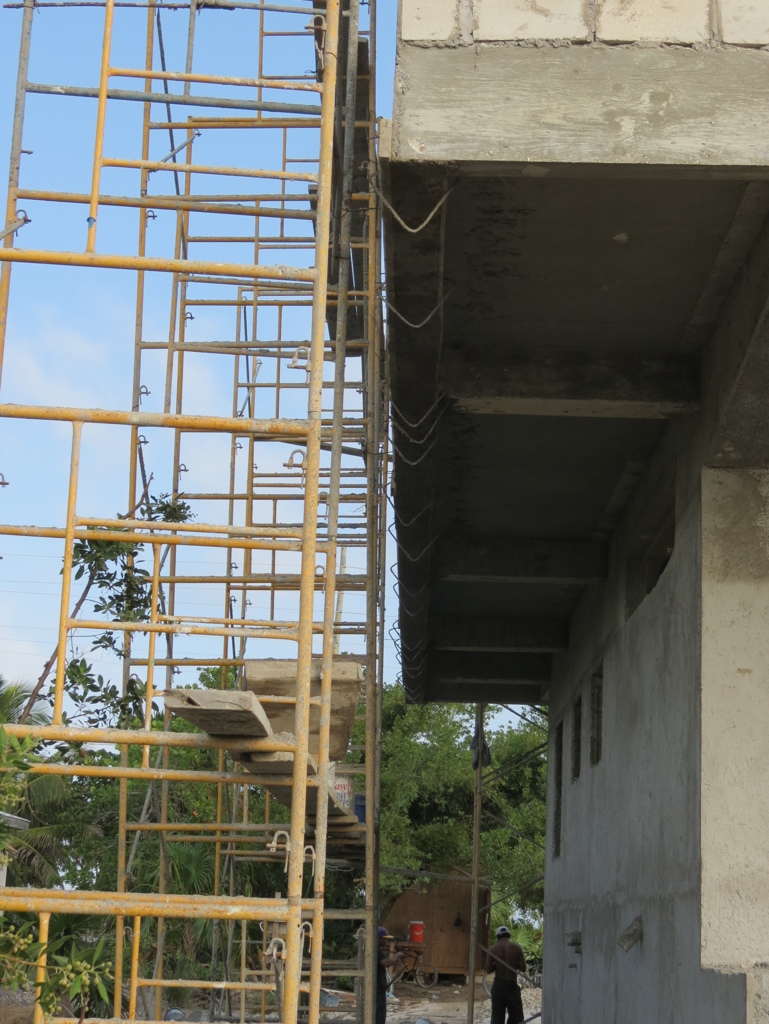 On the Ground Floor in the ‘master bedroom’ we could see that Sam had finished tidying up the clerestory window.

He had also created mini columns near where the sliding doors will soon be fitted.

The areas around the power sockets had also been finished ready for plastering.

Walking up to the First Floor we could see that yesterday’s pour was curing nicely. 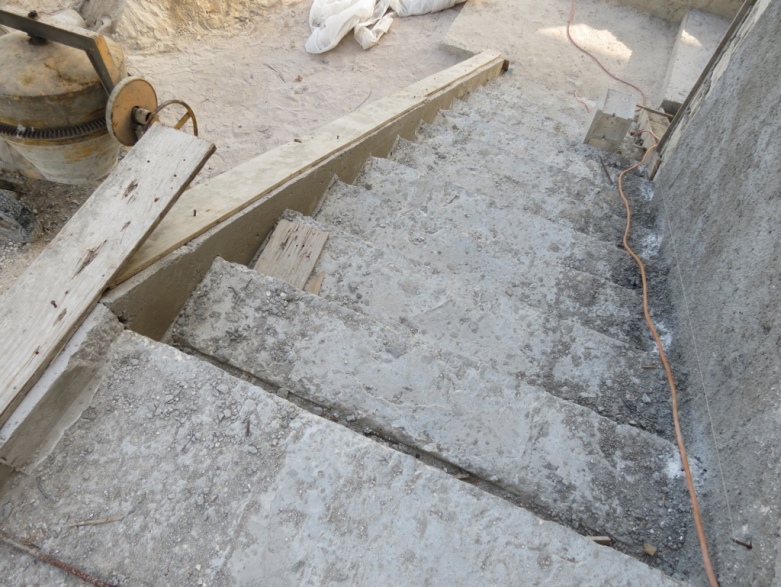 On the First Floor most of the energy was being directed to removing rubbish.

Angel at work with the broom in the bedroom (Rose’s handicraft room).

To enable Rose to access the Second Floor the guys moved and rearranged the scaffolding and were on hand (as was I by the way) to make sure that she had safe access. Once up there we were very pleased with what we saw. 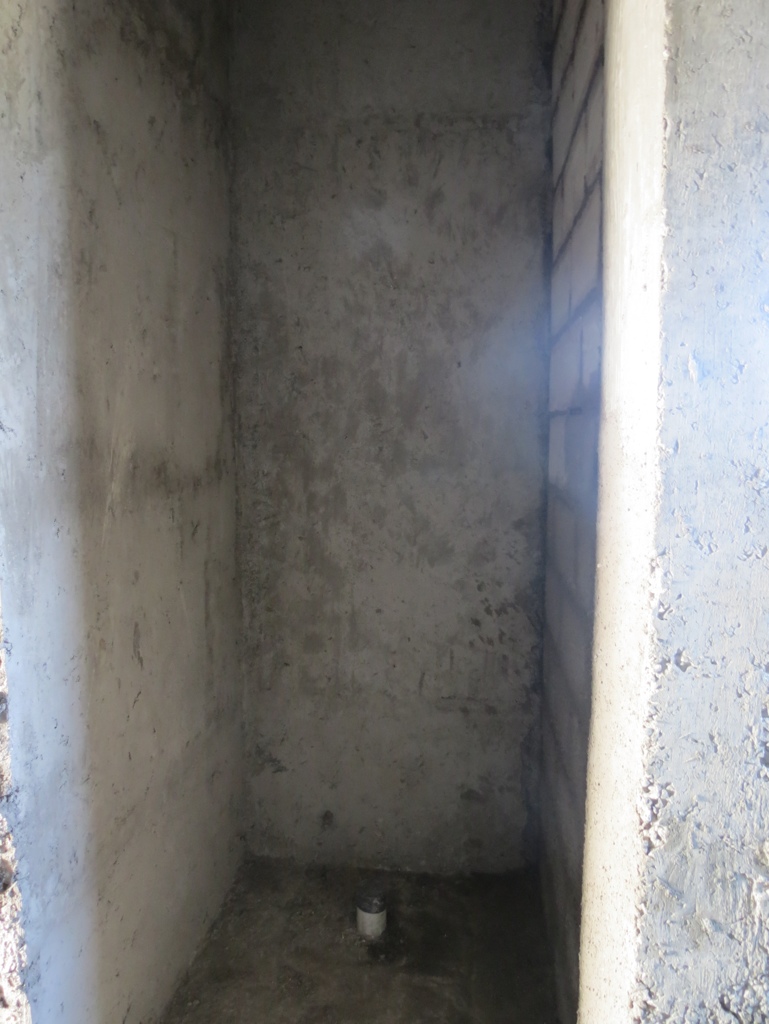 Wall built in Rose’s bathroom to separate the toilet and the bath.

Other side of the wall where Rose’s bath will be positioned.

The headline is based on the opening track of Bruce Springsteen’s 1992 album entitled “Lucky Town”.